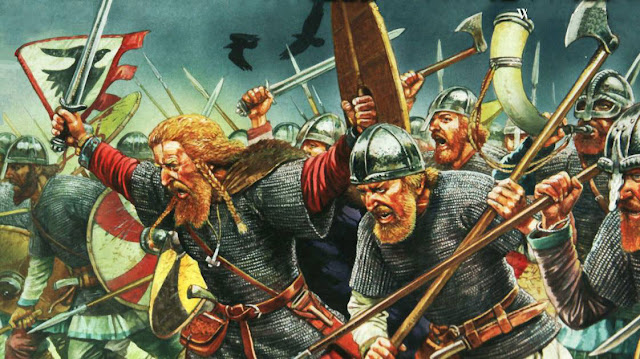 I thought we should get 2018 off to the right start in the way we mean things to continue and begin the year with one of the most fearsome sights any self respecting member of the Devon Fyrd might feel a little quiver of anxiousness facing.

These Viking Hirdmen, first put together on holiday in Holland last summer, have been glowering at me for a few weeks on the painting desk as time has been earmarked to organising other projects, but with the acquisition of the banner-man at Warfare together with the required shield decals in November and the run into Xmas freeing up extra down-time I was determined to press on to get these chaps done in time for the new year.

As mentioned with the other sets of Gripping Beast plastics, they really do allow the wargamer to rapidly build a nice collection of figures at very reasonable cost in pretty short order and with a few mixed head options and the addition of a few cameo metals can be made to fit the bill in terms of being easy on the eye. 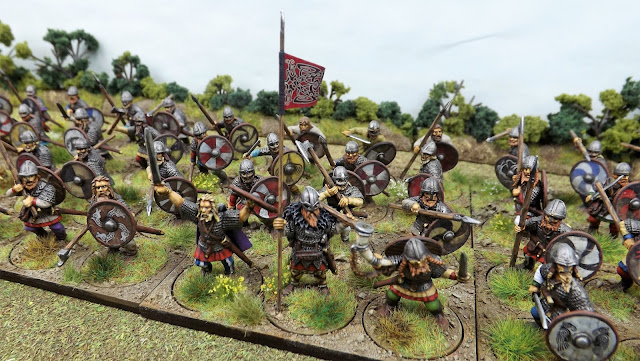 Although quite stylised in appearance with plaited beards and side locks they really do look quite different from the Saxon counterparts and I really love the two handed Dane-axe wielders who with their shields slung really look the part. 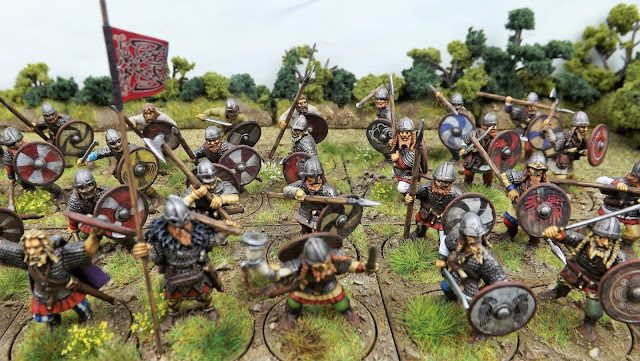 As mentioned previously I am planning to use these with Dux Bellorum to fight the bigger battles I have in mind, with some really interesting fights to do that occurred down here in Devon. 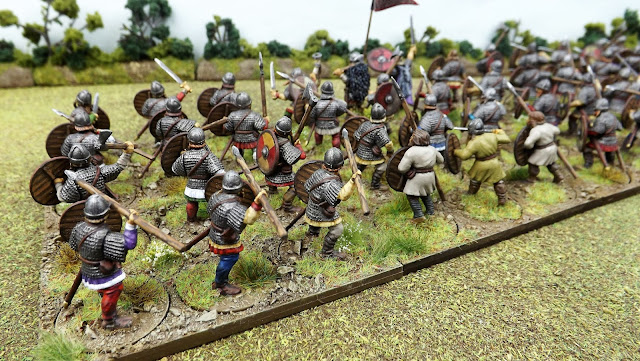 The six figure sabot bases should work fine with Dux Bel and the twelve to fifteen bases per force fit nicely onto my 6 x 4 mat with the larger table available should the fancy take me. 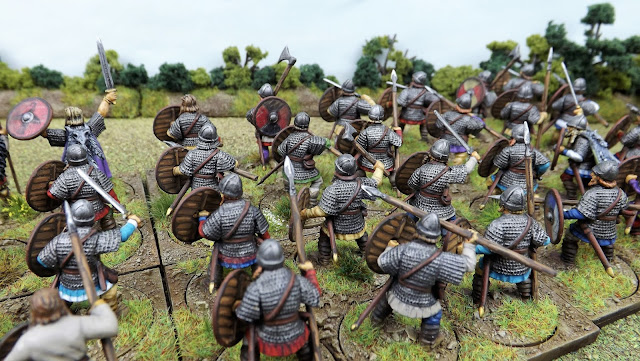 I had originally planned to use the loser style six figure sabot base to distinguish shield wall from warrior troop types but now plan to have all units using these rectangular options with a note as to which sides are using which formation type. 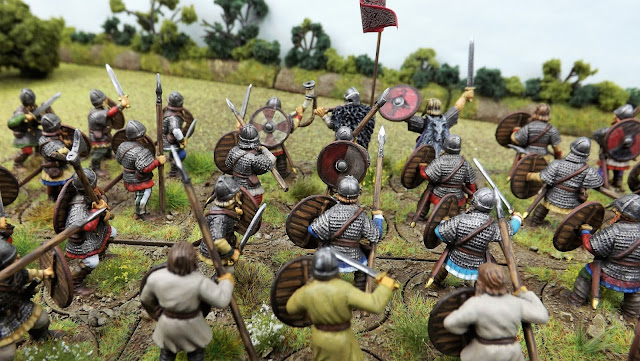 For the odd skirmish affair I plan to use Dux Britanniarum as the preferred rules and thus I was keen to keep the skirmish basing as an option for the smaller clashes envisaged. 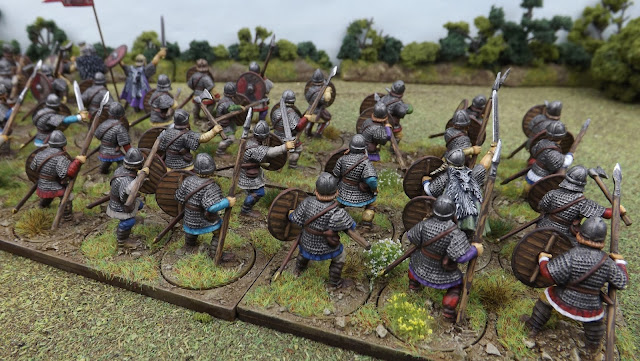 Work to complete this collection, to get some games kicked off early for 2018, now moves to my Viking and Saxon skirmishers, bows, javelins and slingers, together with the remaining options from my second box of Gripping Beast Dark Age Warriors suitably attired to double up as either Viking or Saxon spear carriers as required. 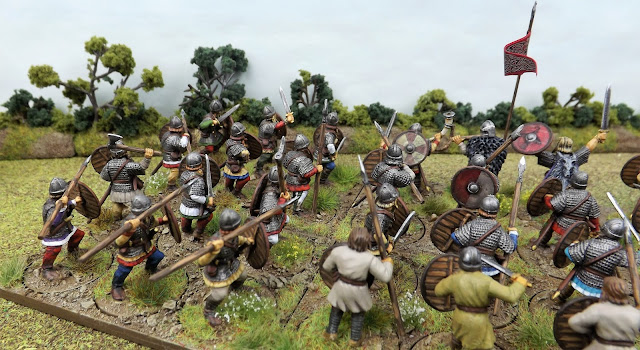 Just to reiterate these figures are the Gripping Beast Plastic Viking Hirdmen with a metal standard bearer, also from Gripping Beast and the shield decals are from Little Big Man specifically designed for this range. 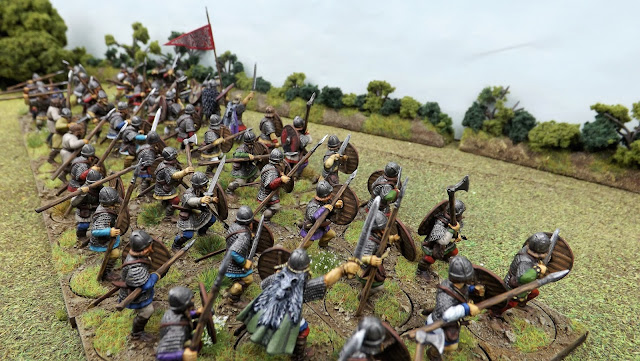 So on with the last few figures to complete this collection and then work moves to a 20th century theme for our planned summer game in North Devon and then I can move on to all things Romano-Dacian.
Posted by carojon at 00:28