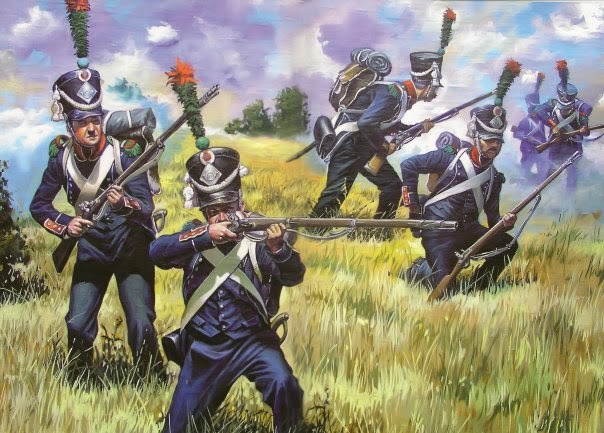 It was way back on the 6th of July last year when I featured the new range of 18mm figures from Xan by painting up one of the battalions I would need for Oporto, namely the 2e Legere.

I detailed on that post the history of the regiment and its role in the Peninsula .If you want to read on, just follow the link to the original post. I couldn't help noticing that my first battalion looks a lot smarter than the second as I have done more of a campaign look for this battalion and I think it all adds variety to the eye when they are on the table. 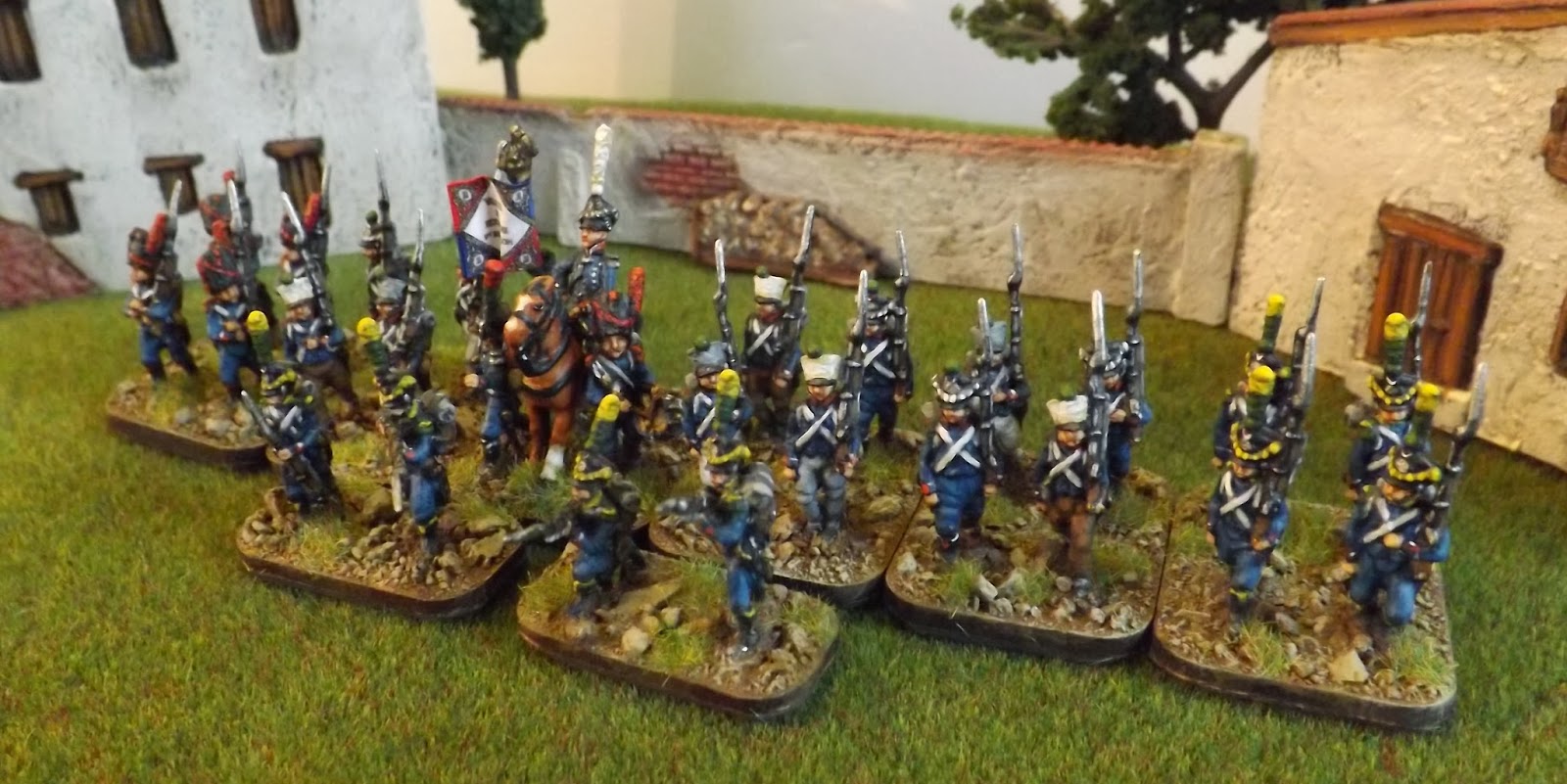 I have also given my second battalion an Eagle, which strictly speaking should have been handed in for a battalion fanion, but it is well recorded that a lot of second battalions hung on to their Eagle's. The French units, unlike the British are rather more generic in character and so I am sure the 2/2e Legere will double up as a first battalion of another regiment at some stage.

As with the first battalion the figures are from the Xan range, save the mounted officer who is an AB figure. I guess I should have given him a red tip to his plume to indicate a major in the regiment, but as he may end up being a colonel in other games I decided to leave him as done. The flag is from GMB 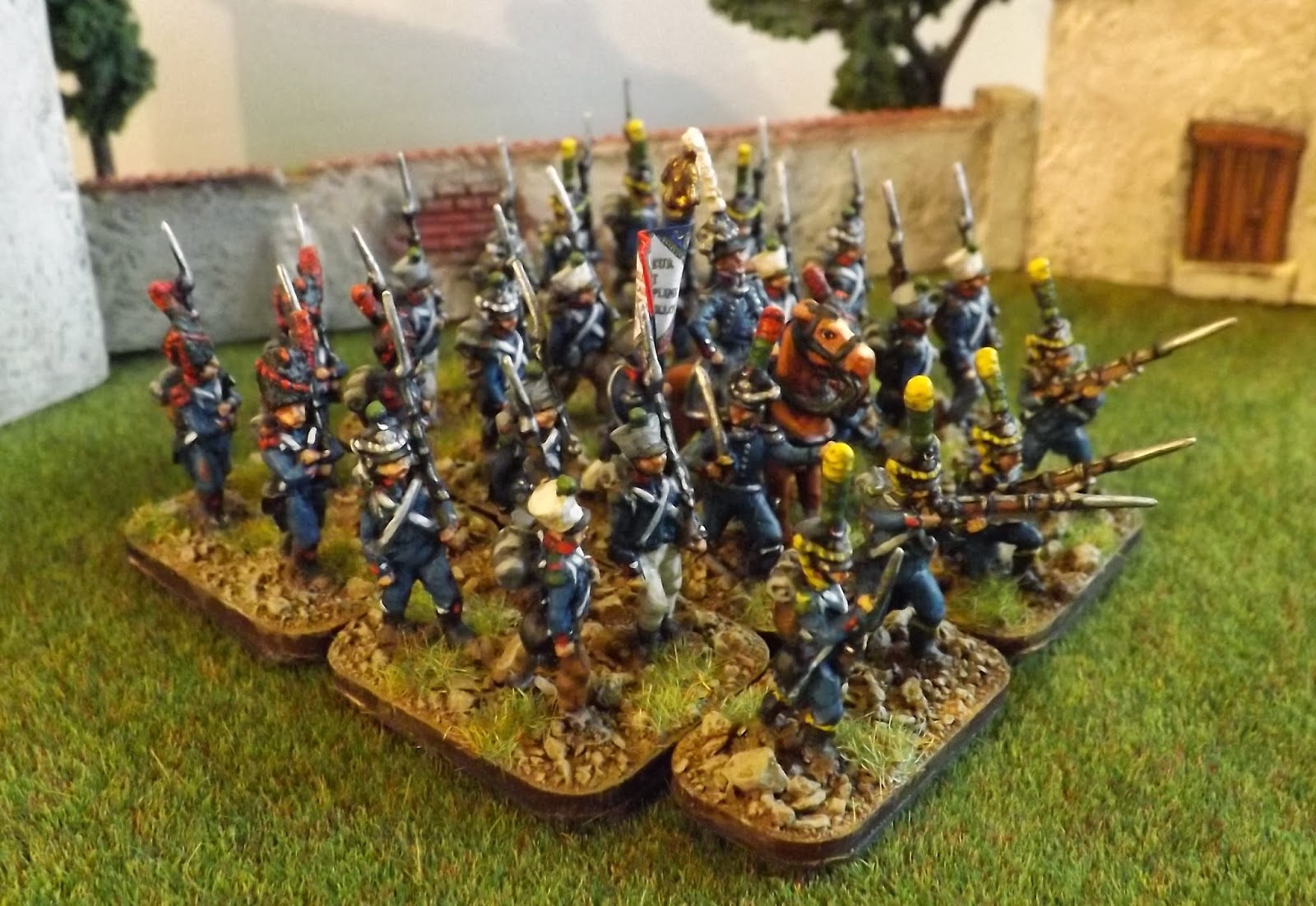 The Force plan for the French at Oporto looks like this

All the units are complete except for three more battalions of Legere and the 1st Hussars. 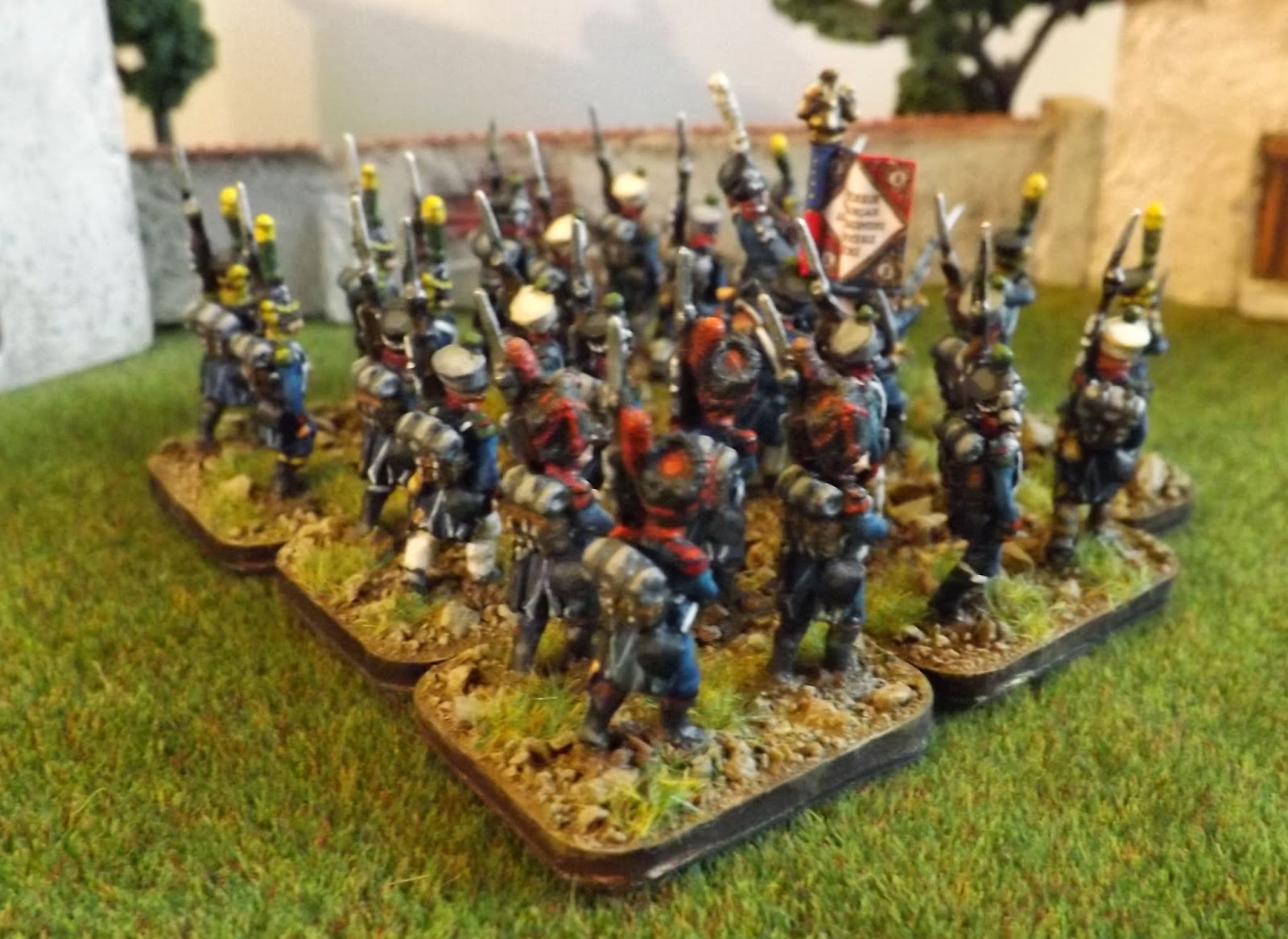 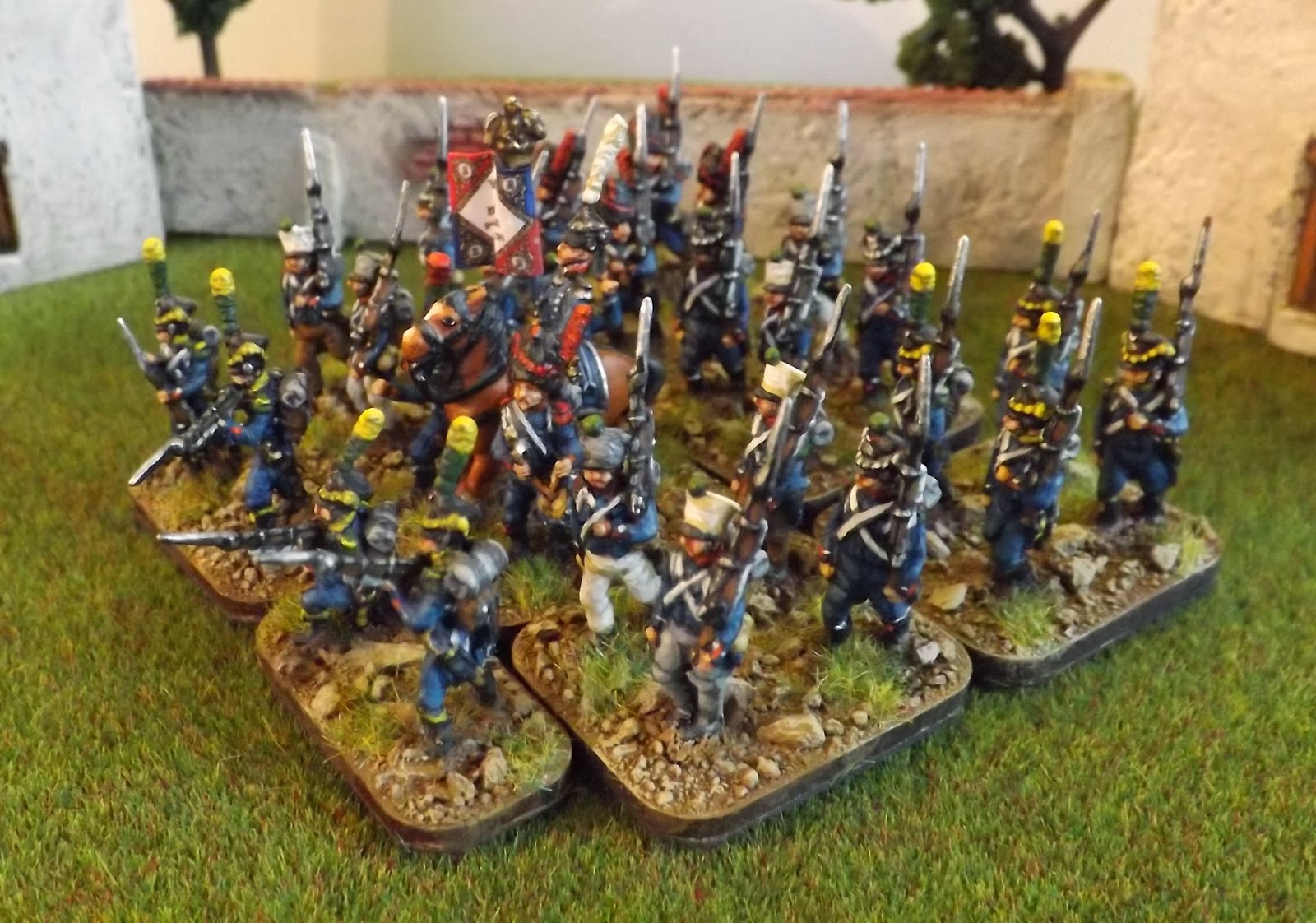 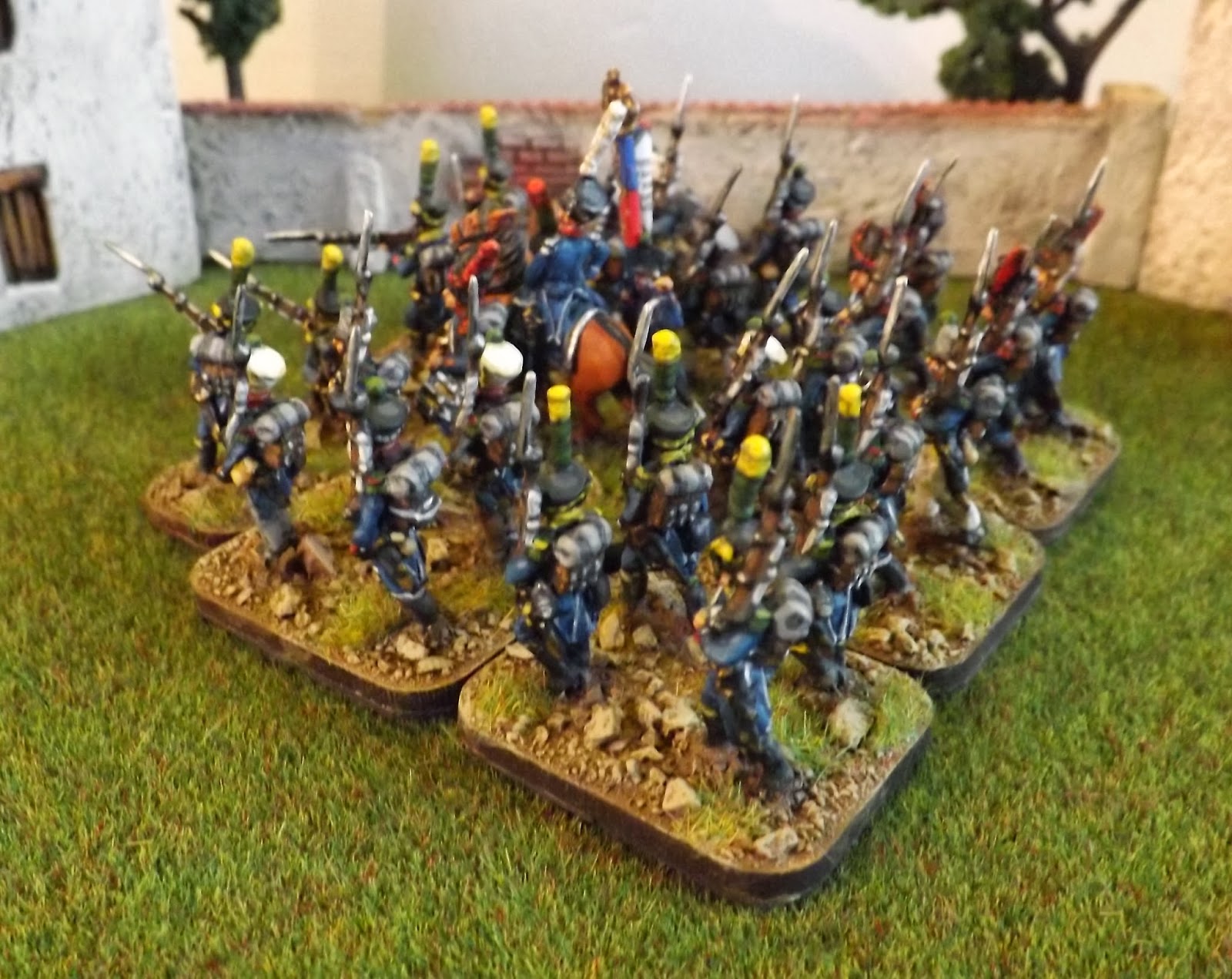