The 48th Foot is the penultimate battalion I needed to complete for my British army at Oporto and they will feature in the Talavera campaign where both, 1st and 2nd, battalions took part. The 48th became part of Wellington's veteran infantry component to whom he could rely on when the need was most.

The History of the 48th Regiment can be found on the National Army Museum site. To quote,

1st Battalion remained in the Peninsula until 1814. However, 2nd Battalion had suffered so badly by 1811 that most of its survivors had to be absorbed by 1st Battalion, while a handful were sent back to Britain to re-recruit. 2nd Battalion was eventually disbanded in 1814." 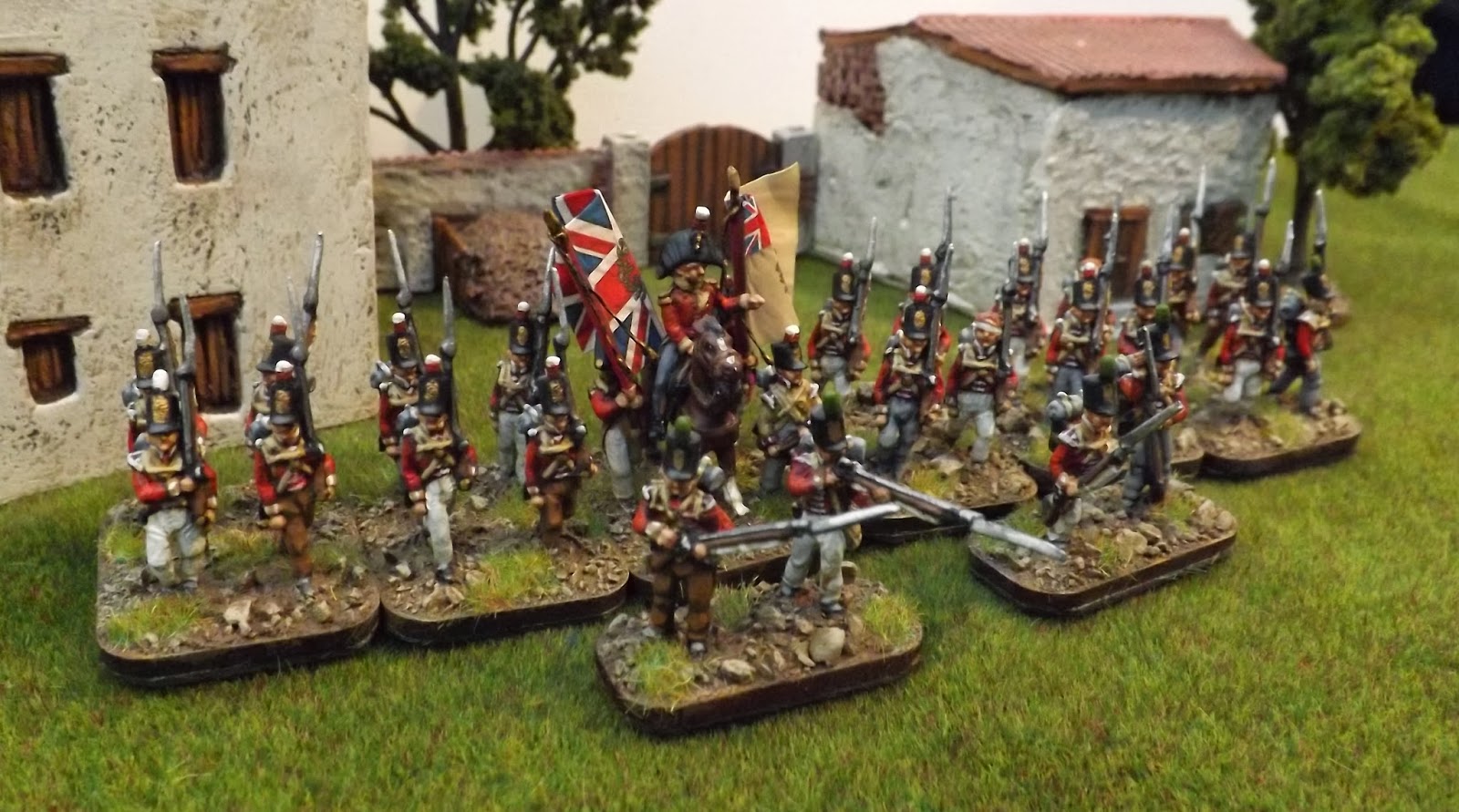 A more detailed account of the history of the two battalions of the regiment that served during the Peninsular War can be found on The Napoleon Series . 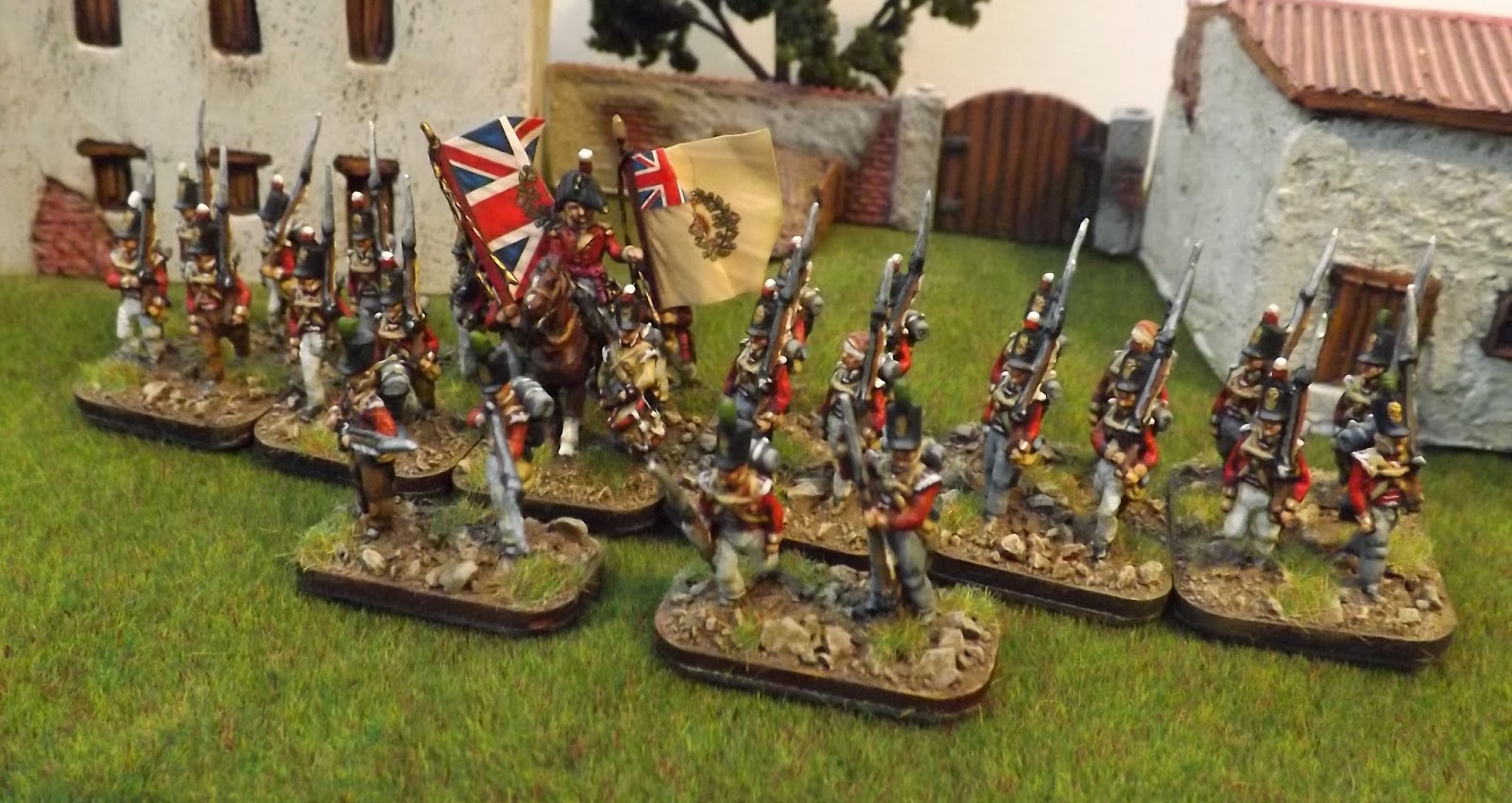 My battalion is primarily composed of figures from the Xan range, together with command and skirmish figures from AB. The colours are from GMB. 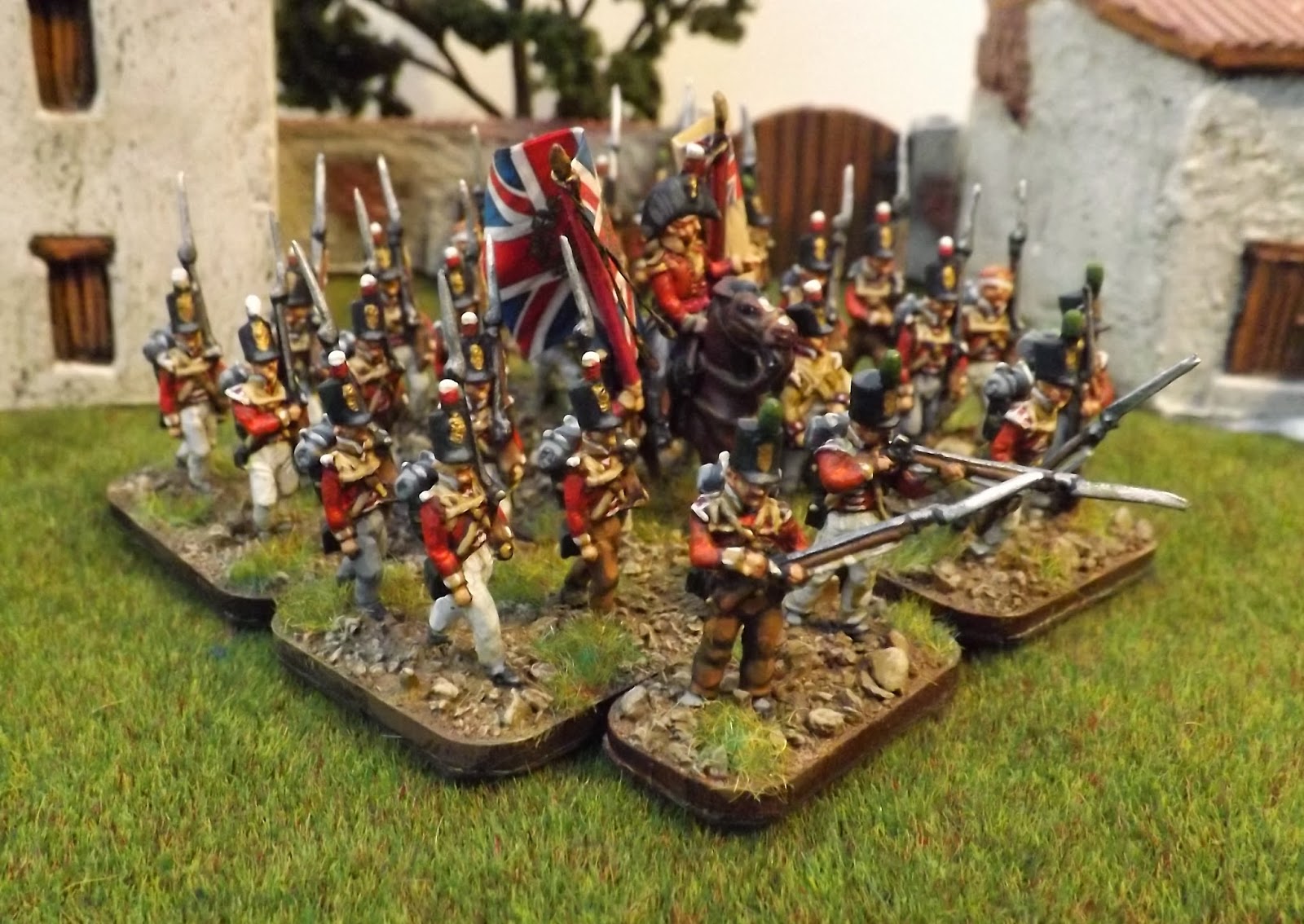 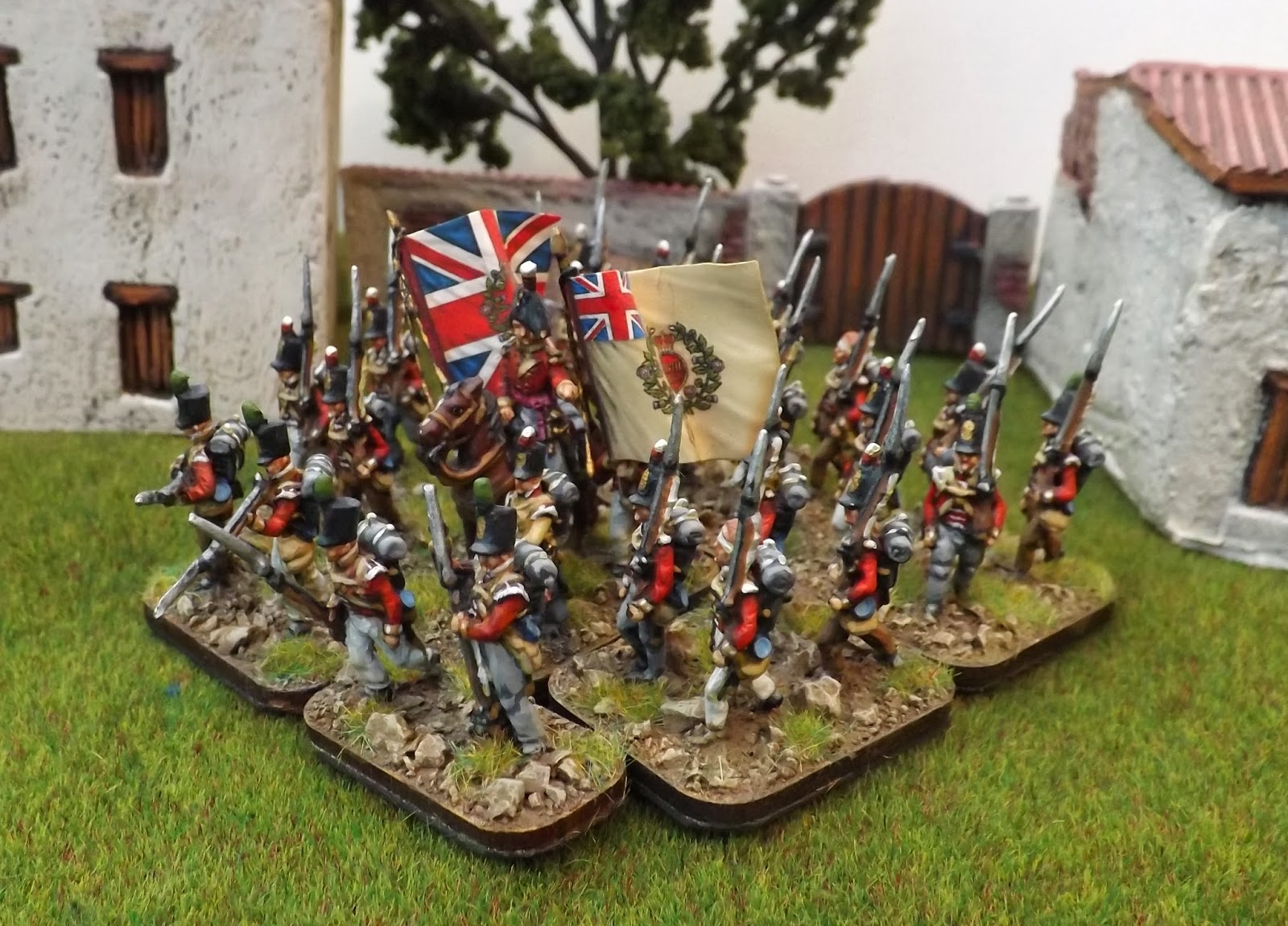 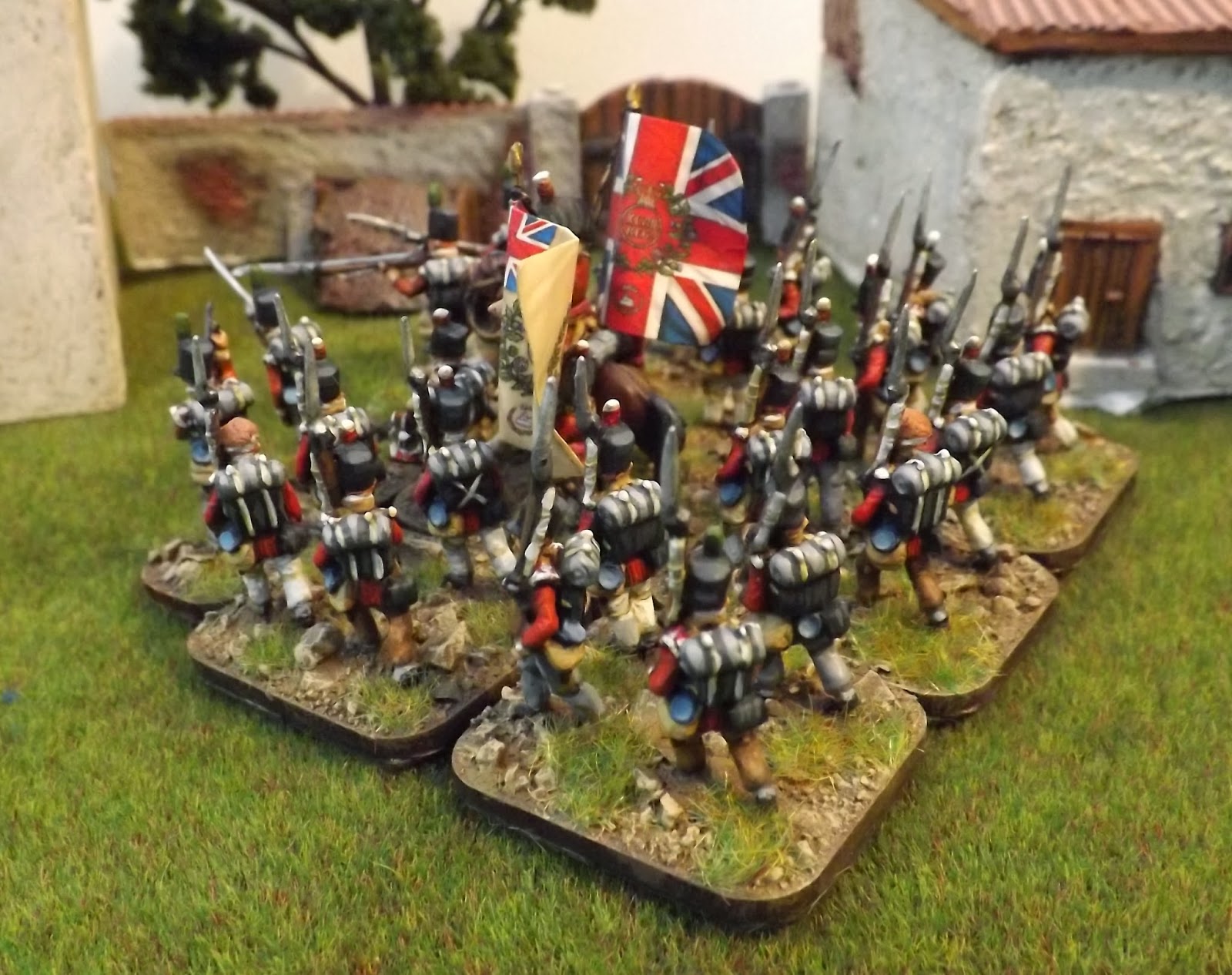 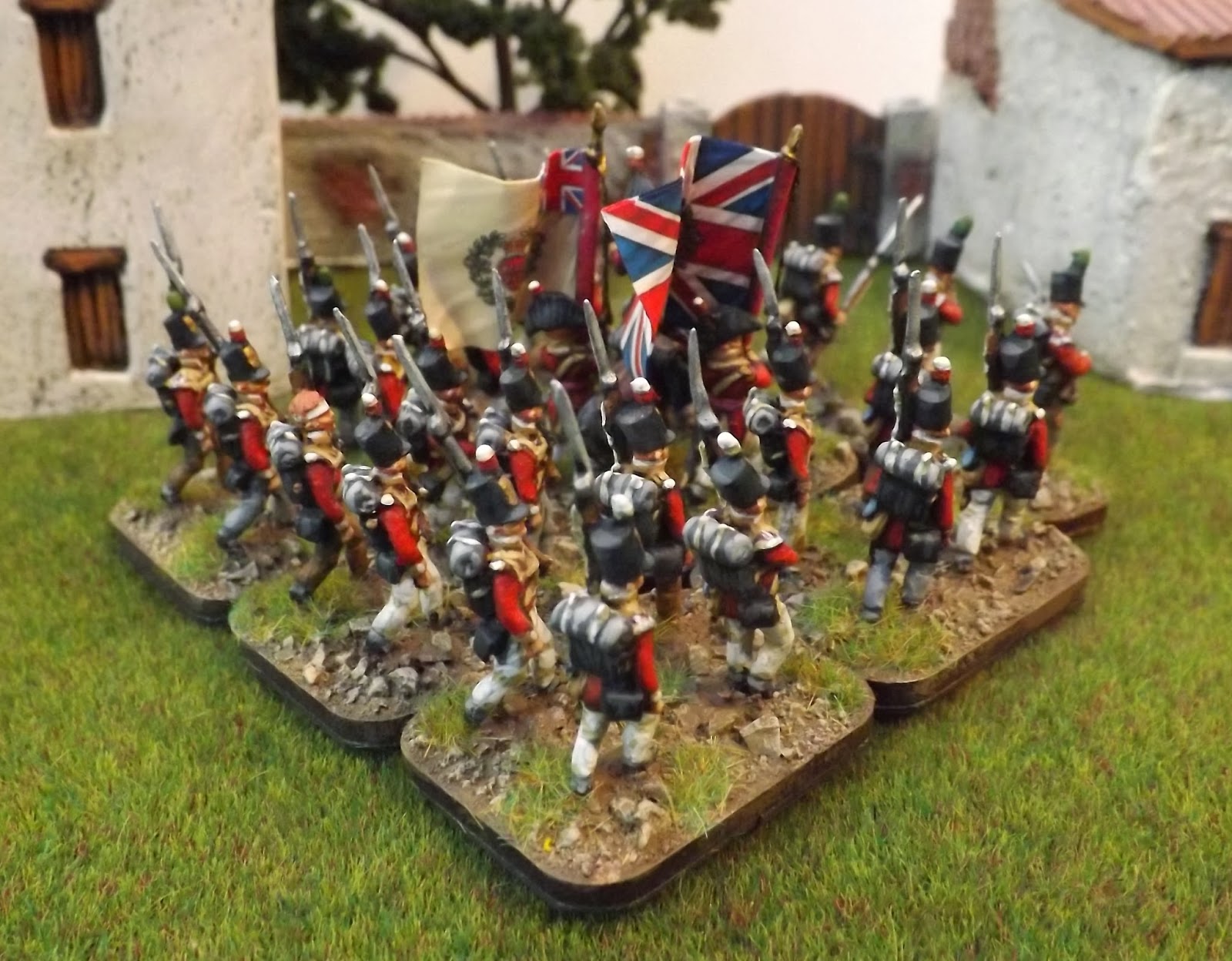 Next up is my final Oporto battalion for the British force, the 66th Foot (Berkshire Regiment).
Posted by carojon at 04:25