Napoleon - Andrew Roberts on the BBC

Well I finally got some time to sit down and watch the first part of a new documentary about the great man Napoleon, by Andrew Roberts. 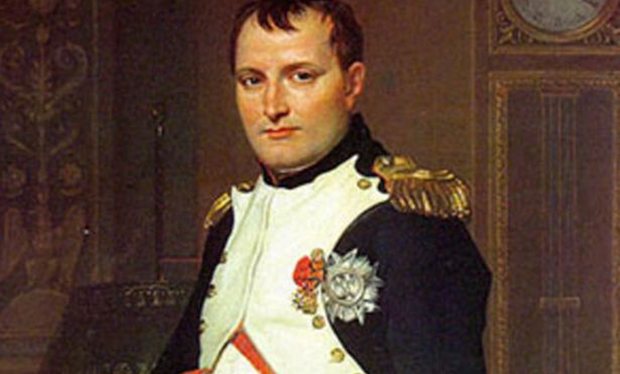 I have to say that my first thoughts after sitting through what seemed to me a very one sided view of the French emperor come dictator was, oh no here we go again with another fashionable revisionist eulogy.

I did find myself laughing ironically when the looting of Italian cities, encouraged by the French general was cast aside as just something that armies have always done and everyone has form on this aspect of warfare. To Napoleon's critics Andrew Roberts exclaimed that they should get over themselves. Then next we are told what a paragon of the enlightenment Napoleon was as exemplified by his law making and taking academics with him on his little jaunt to Egypt; oh did I mention, another country he simply decided to invade, and slaughter 4,000 prisoners of war on a beach outside of Jaffa. This as Roberts described would be a war crime by today's standards and has to be regarded as a blot on Napoleon's record, so that's ok then.

I would have preferred a much more balanced presentation about the great man. To my mind there is no doubt about Napoleon's capacity to inspire and lead men, his military abilities, certainly in the early to mid years of his career, place him in the lists of the great captains and the stability he brought to post revolutionary France, the failed state of its time, was a relief to the people of France and with his internal legal and social reforms, placed the country on the road to a more meritocratic path.

However I think it does a great disservice when the undoubted faults of the man and his personal desire for power and greater enrichment of his family which required a military coup to bring about, together with the trappings of a police state, devoid of a free press are glossed over and minimised. Ok the French government he replaced was undoubtedly corrupt and dis-functional, but it can hardly be argued that with a judiciary appointed by Napoleon, that his state structure was a massive improvement.

You could argue that his behaviour in his progress to power was no different from how the great monarchies of Europe behaved at that time, and I would agree. That however does not make Napoleon this paragon of virtue, the self made man, the law giver and saviour of Europe, that Roberts seems to suggest. Napoleon and his free-booting Marshals, answerable to no one but themselves were just another form of bad. The people of France and Europe would only find out later how bad, after all the death and destruction that the Emperor of the French would distribute as he attempted to put yet another member of his extended family on the throne of another country without any by your leave.

Napoleon was not a fascist, nor was he a saviour. He was far more complicated than either of those simple labels and I suppose my frustration is when the discussion about his remarkable rise and equally remarkable fall are couched in those terms as I feel Andrew Roberts seems to be trying to do.

Oh well, I am enjoying with great amusement the twists and turns that Andrew Roberts performs to down play the undoubted faults of his hero as he tries to convince us that we have got it all wrong and that the ferocity, ruthlessness and barbarity that his campaigns inflicted on Europe and North Africa was simply because everyone else was doing it and what else can you do when you've been provoked. I look forward to an equally challenging part two.
Posted by carojon at 13:48