Day 1 - Rome
We arrived in Rome on late Wednesday afternoon, and after a quick walk into town to get our bearings from the apartment, the plans were reviewed on places to visit the next day.

Being close to the centre of the ancient city we started with a tour of one of the most iconic structures in the city, the mighty Colosseum. This is my third visit to this building and it still takes the breath away when considering the engineering that was involved in its construction and the tragedy and drama those long empty stands must have witnessed.

From the top of the Colosseum we could see the next sights of our tour of the city. With the Palatine Hill and the remains of the Imperial Palace, the Forum below and the temple of the Vestal Virgins, the Via del Fori Imperial, Mussolini's "get in on the act" contribution that actually destroyed significant archaeology in its building, but that forms a straight route to Trajan's magnificent column and the recently opened Trajan's Market.

Needless to say the camera was on full time duty as the monuments came into view and Will and I were constantly chatting about various personalities that were associated with the sights and the commentary of Mike Duncan's The History of Rome podcast.


The first day was "full on" and we arrived back in the apartment and were able to start the "Rome on Tour - Knock Out Challenge of Julius Caesar" with Will and I playing the first match with further games to include Will's brother Tom, to establish who is the Emperor, Tribune and Pleb.
Julius Caesar - Columbia Games

Day 2 - Hadrian's Villa, about 20 miles outside of Rome

The day was hot with not a cloud in the sky and the villa being about 20 miles away from Rome is situated in beautiful countryside. With the bird song and quietness compared to Rome it was easy to see why the former emperor had chosen to base himself here. 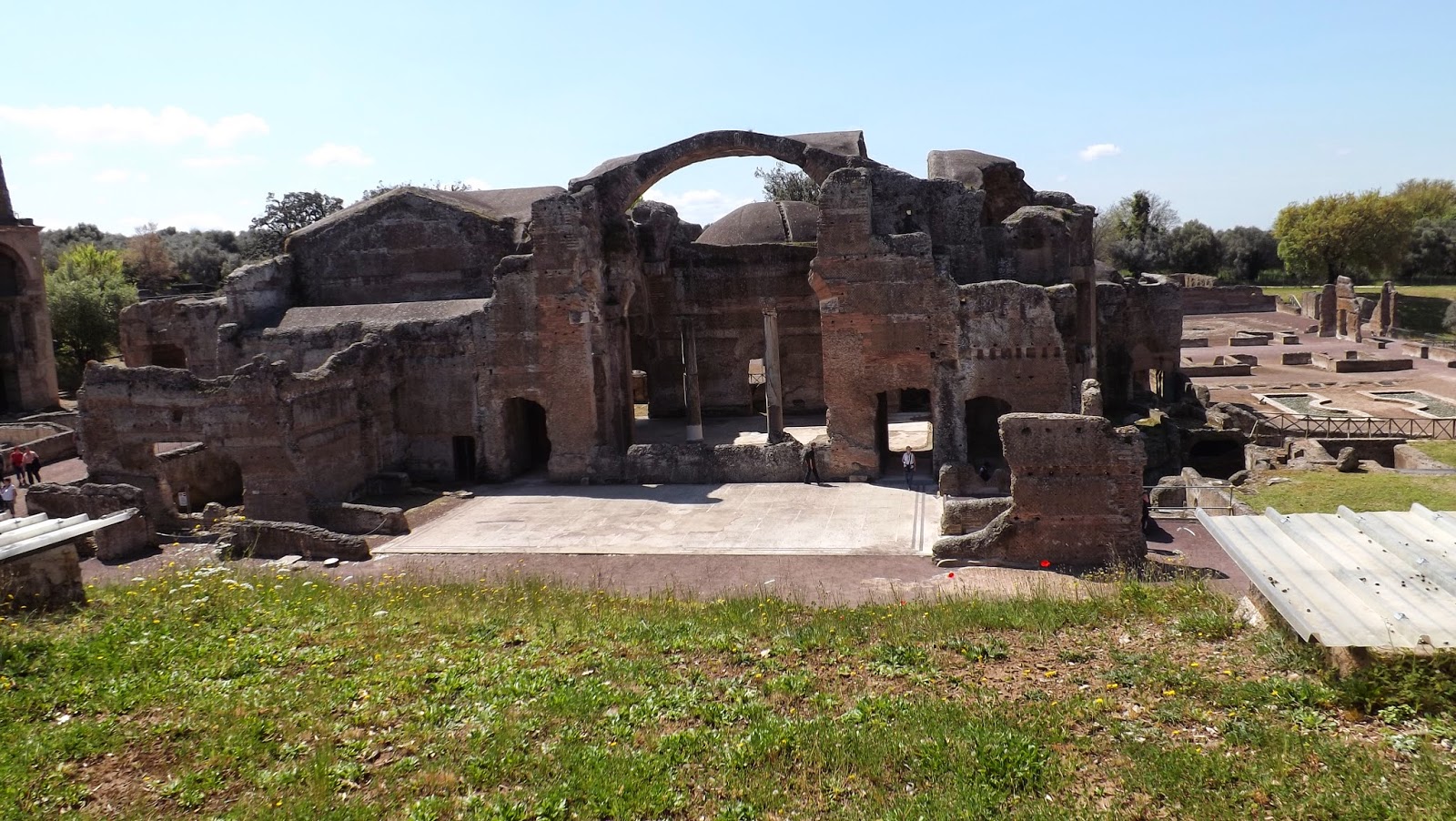 The ornamental pond leading to Hadrian's party rooms was something that Will had been keen to see after seeing Mary Beard on TV talking about Hadrian and his lovely palace at the side of this pond.
Mary Beard - Hadrian 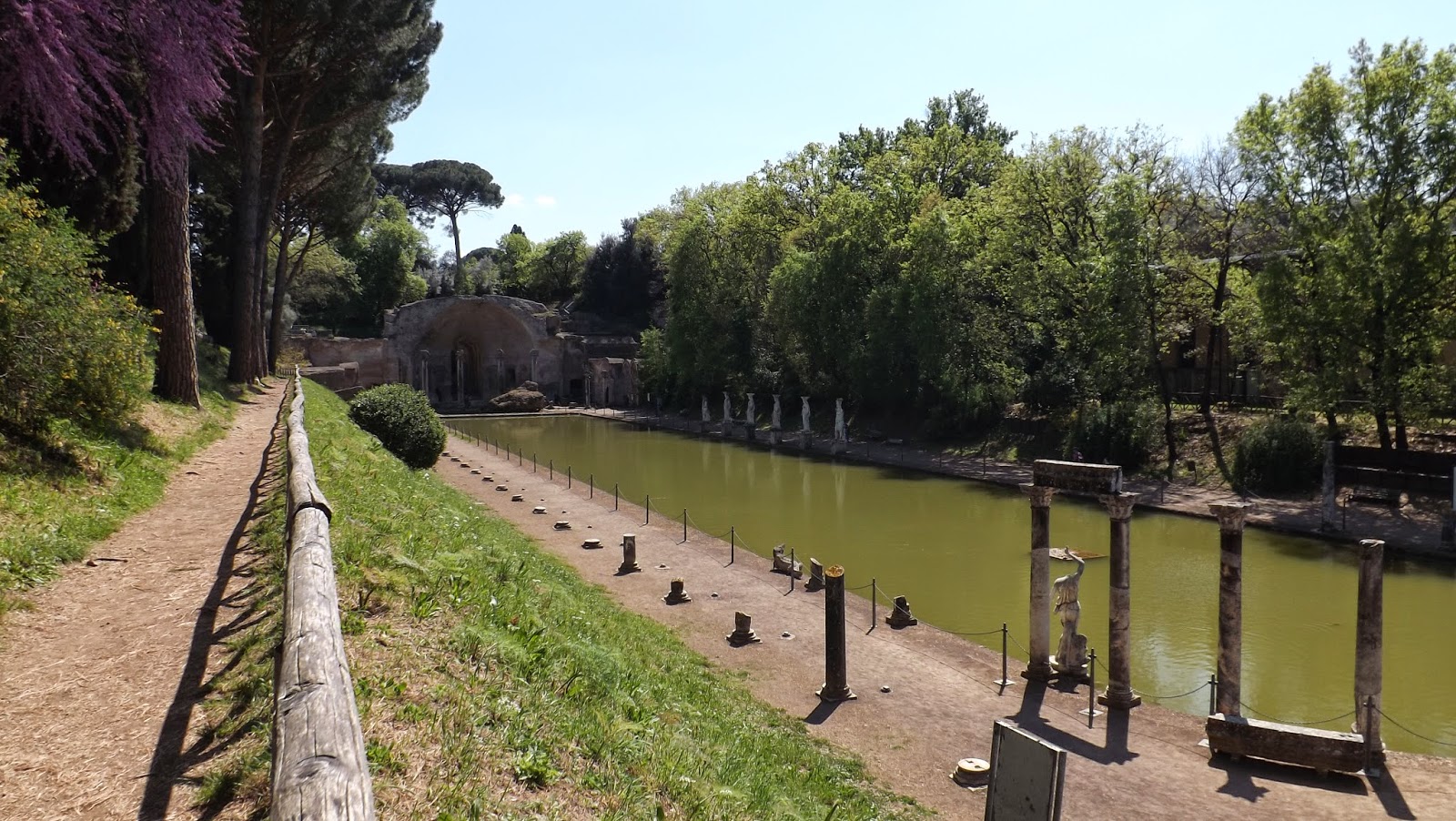 There was quite a bit of travelling on the Friday and we were shattered when we got back to Rome, but Will and I got in few more turns of Julius Caesar, with all to play for on the last turn.

Saturday was going to be a busy day with another train journey out of the city heading towards the coast and the mouth of the River Tiber at Ostia, where the remains of the ancient harbour are to be seen. The peace in Rome under the Emperors was a delicate matter and the populace were kept compliant with games and bread. The grain to make the bread was principally obtained from Egypt and landed at Ostia.

As at Pompeii a lot of the town was protected from destruction, in this case by sand deposits as the town was abandoned gradually, due to plagues of mosquitoes in the nearby marshlands. Thus, unlike Pompeii, where the town was frozen on the day of its destruction, Ostia shows the signs of its gradual abandonment as the harbour of Rome was relocated to Portus.

Ostia - The Port of Rome
The trading area with the offices associated with the Port Trading groups forms a centre piece to the town. The mosaics outside each office building is thought to indicate the trade group associated with that office.

The dedication to the Emperors involved in the construction of the trading area was interesting reading as we all took turns in working out the Emperors mentioned. See if you can spot Hadrian, Trajan, Septimius Severus and Marcus Aurelius.


With the morning spent wondering around Ostia and a packed lunch it was back on the train to Rome and on to see the sights north of our apartment in the city.

One monument that Will was particularly keen to see was the Ara Pacis, which is on first sight a big white box, but in its day was painted in bright colours, the remains of which can still be seen on the original pieces.

Will is studying this altar as part of his classics A' level and seeing the thing in all its glory was an important addition to his studies.

The Ara Pacis was paintakingly reconstructed on the two thousandth anniversary of the birth of Augustus in the early nineteen thirties and is now contained in an environmentally controlled building that will even protect the altar from an earthquake.
Ara Pacis - The Augustus Peace Altar

In the building there are several busts of images of the characters of the time and we managed to get a couple of pictures. Will can be seen between the two bad boys, Augustus on the left and his old school mate, right hand man and turn to enforcer Agrippa.
Marcus Vipsanius Agrippa

I also wanted to get a picture of the first lady poisoner of Rome, if we are to believe Robert Graves and other Roman commentators, Empress Livia wife to Augustus and mother of Tiberius. I always remember watching the TV series in the seventies and the brilliant performance by Sian Phillips. 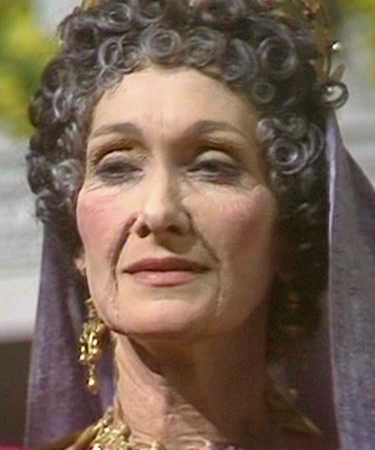 Livia
Next up we was a whistle stop tour of the Pantheon
Pantheon, Rome 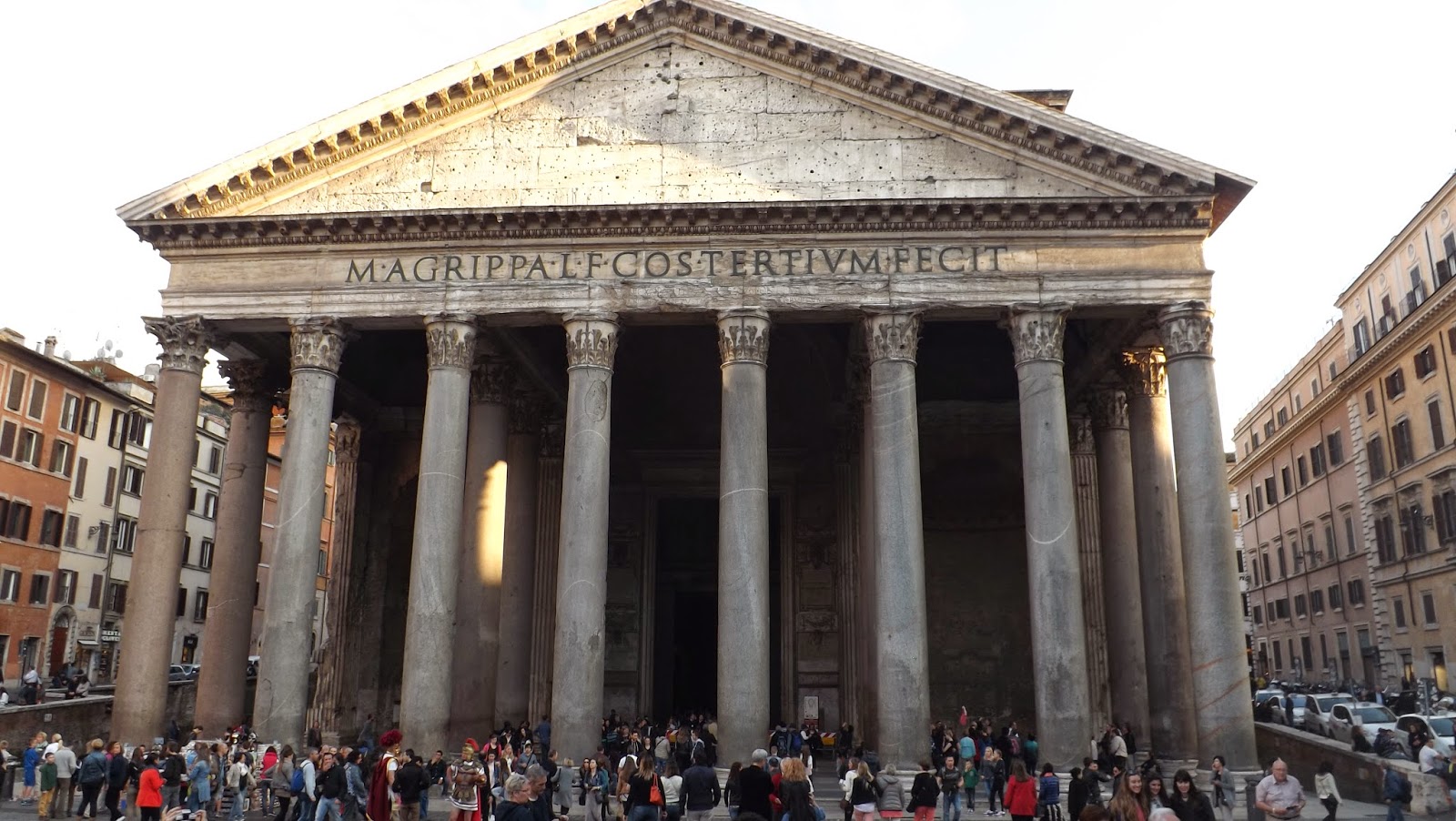 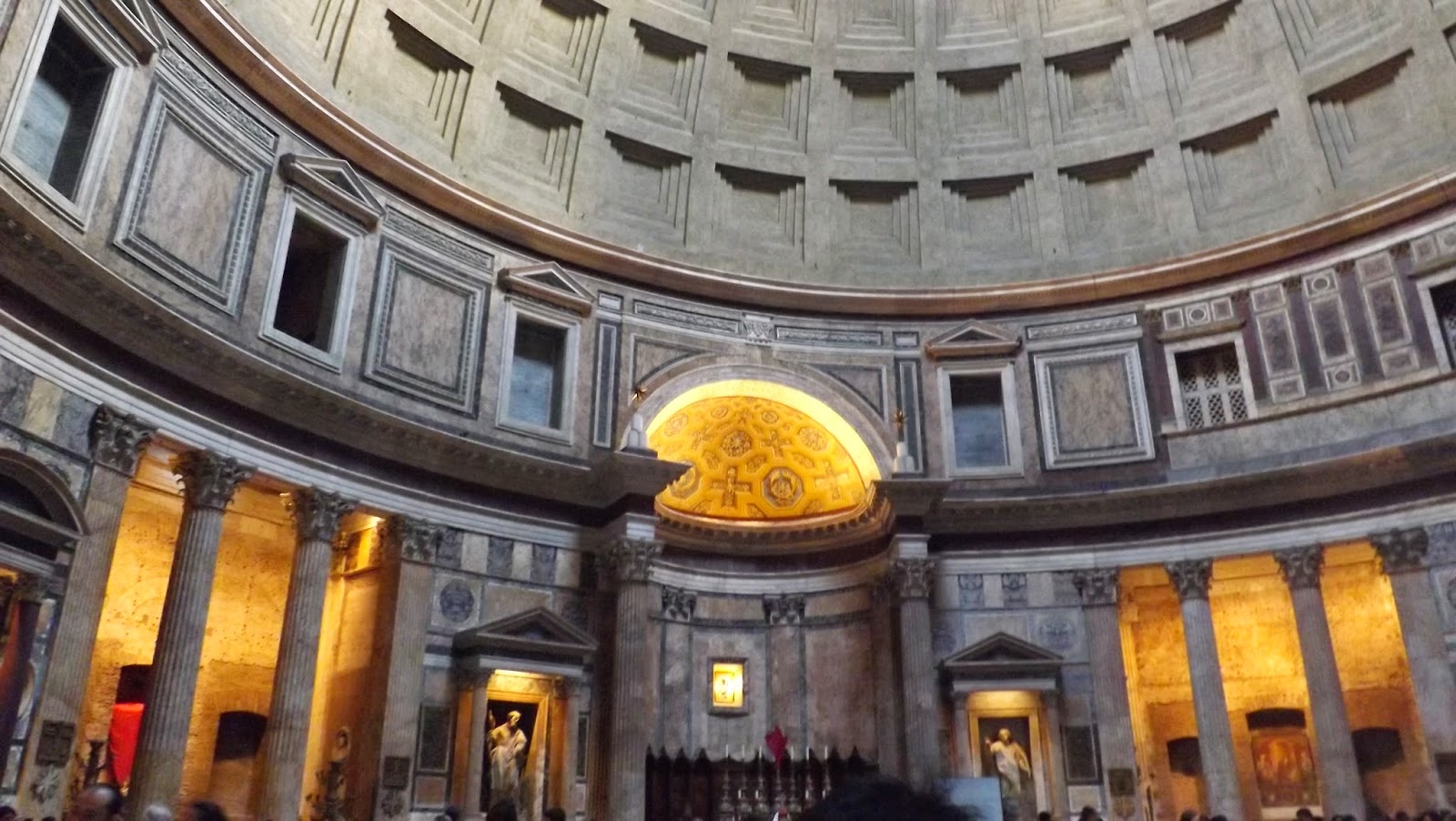 The Spanish Steps and ending up at the Trevi Fountain in the darkness of Saturday night and the huge crowds of tourists.
Trevi Fountain 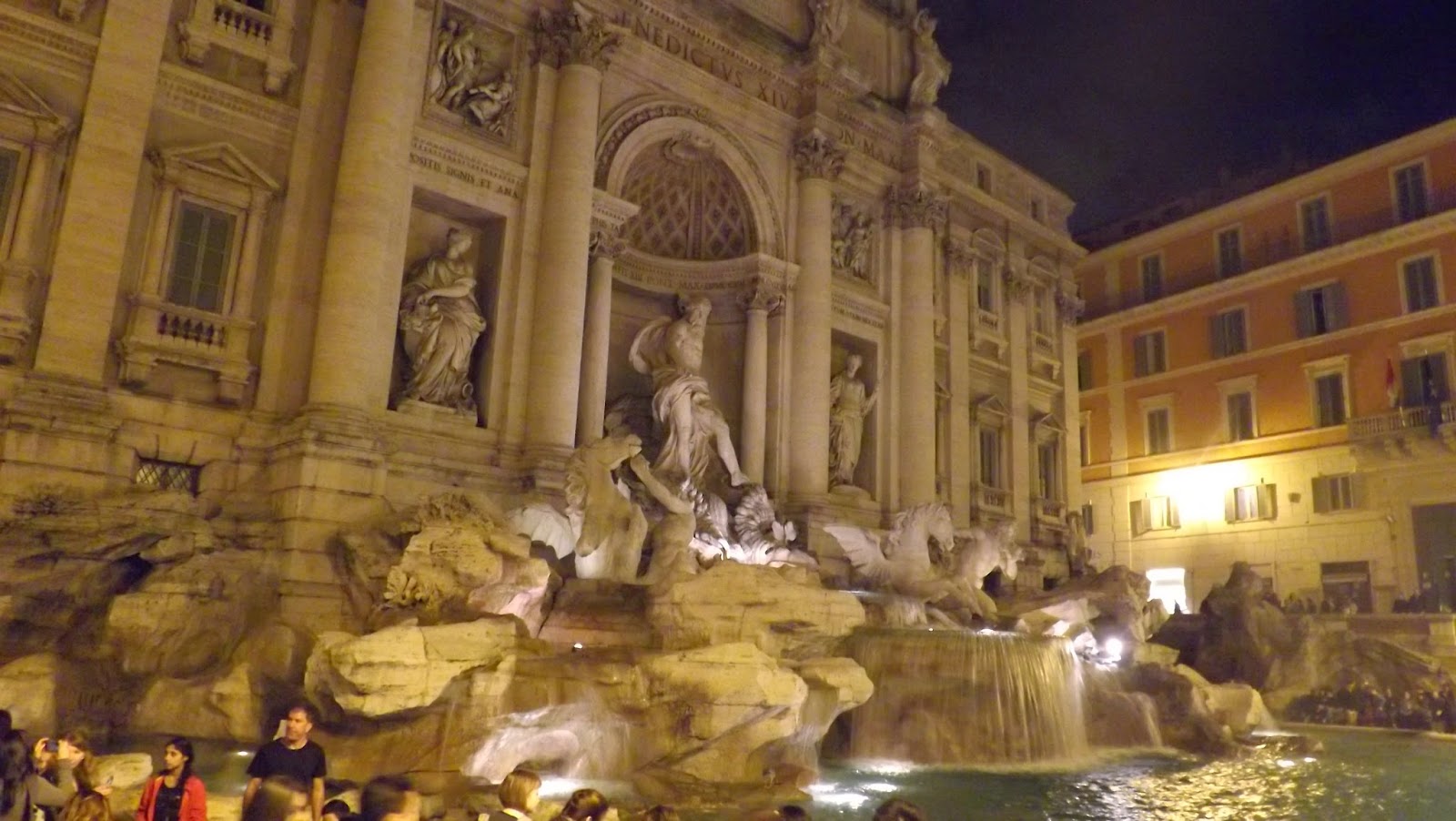 Another full day and by the time we got to our restaurant we were very tired. Still that's what its like when you are on tour and it's a cycle ride down the Apian Way tomorrow.

I hope you have enjoyed this little snapshot of our family trip to classical Rome. Please forgive any major errors in my commentary, I am not a classics scholar, just an enthusiastic amateur. We fly back home on Monday and I will be back next week with more wargame themed posts and an update on the final result of the Julius Caesar Knock Out Challenge.