With the completion of the 14th British Light Dragoons I have now finished all the units required for my Oporto scenario, phew!

Although last, the 14th Light Dragoons are by no means least, as this unit not only played a major role in adding to the final discomfiture of Marshal Soult's army as it fled from Oporto, but, as you can see, it has a Peninsular War record second to none.

For more information on the 14th Light Dragoons then follow the links to the Napoleon Series, an excellent resource on all things Napoleonic.

As with most of my cavalry, I have opted to use AB figures. It has to be said that no one sculpts a horse quite as well as Anthony Barton. 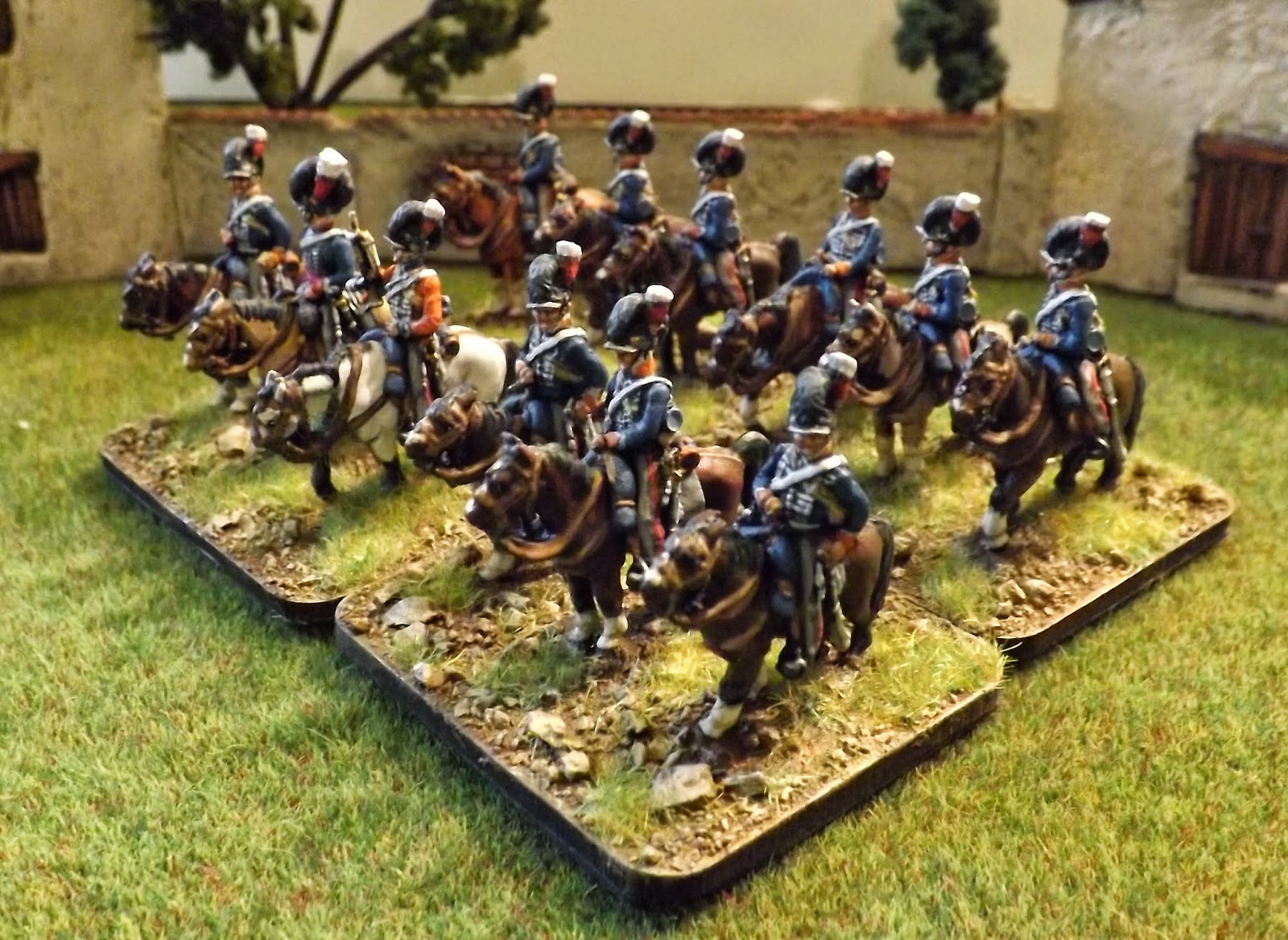 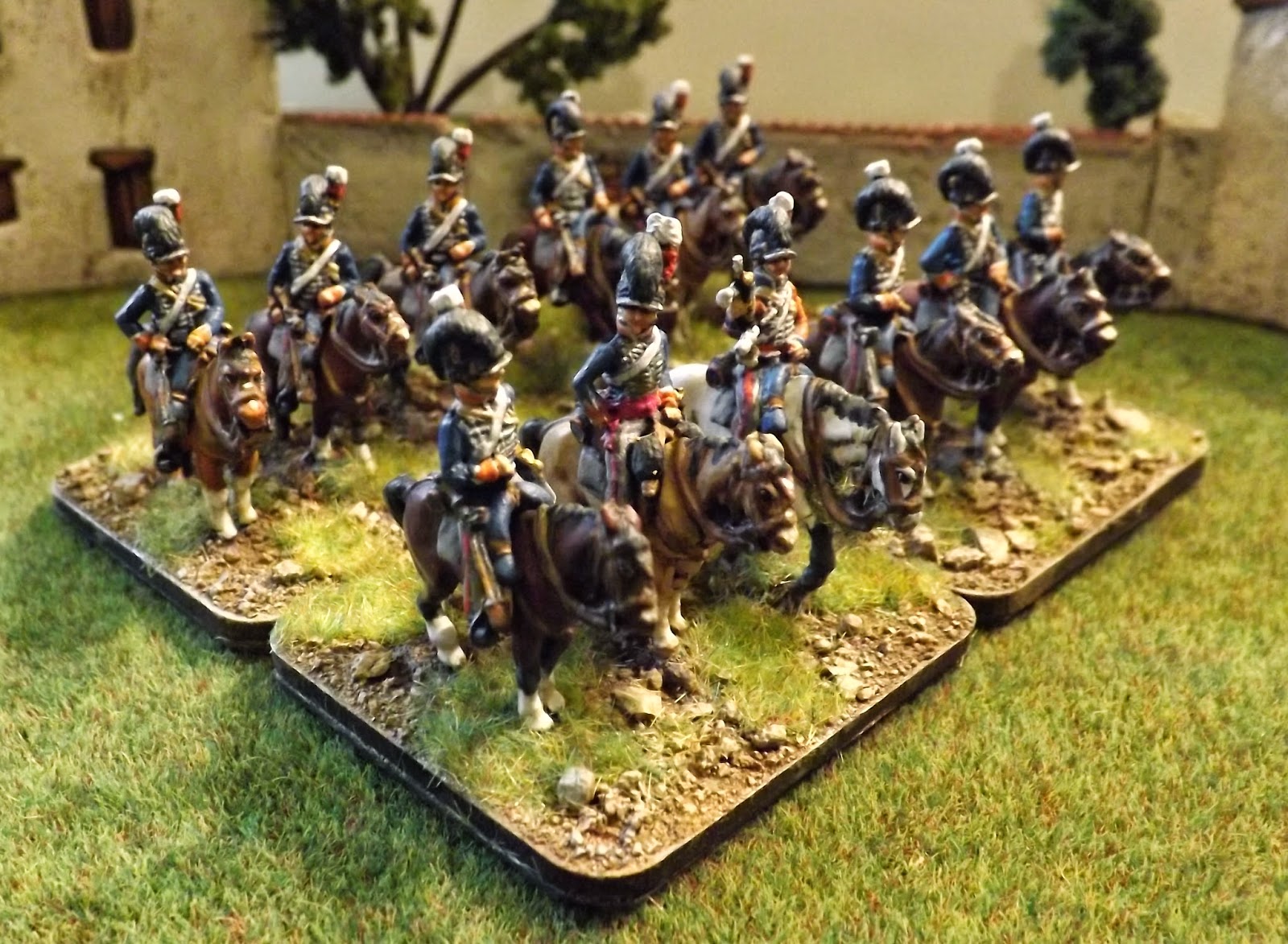 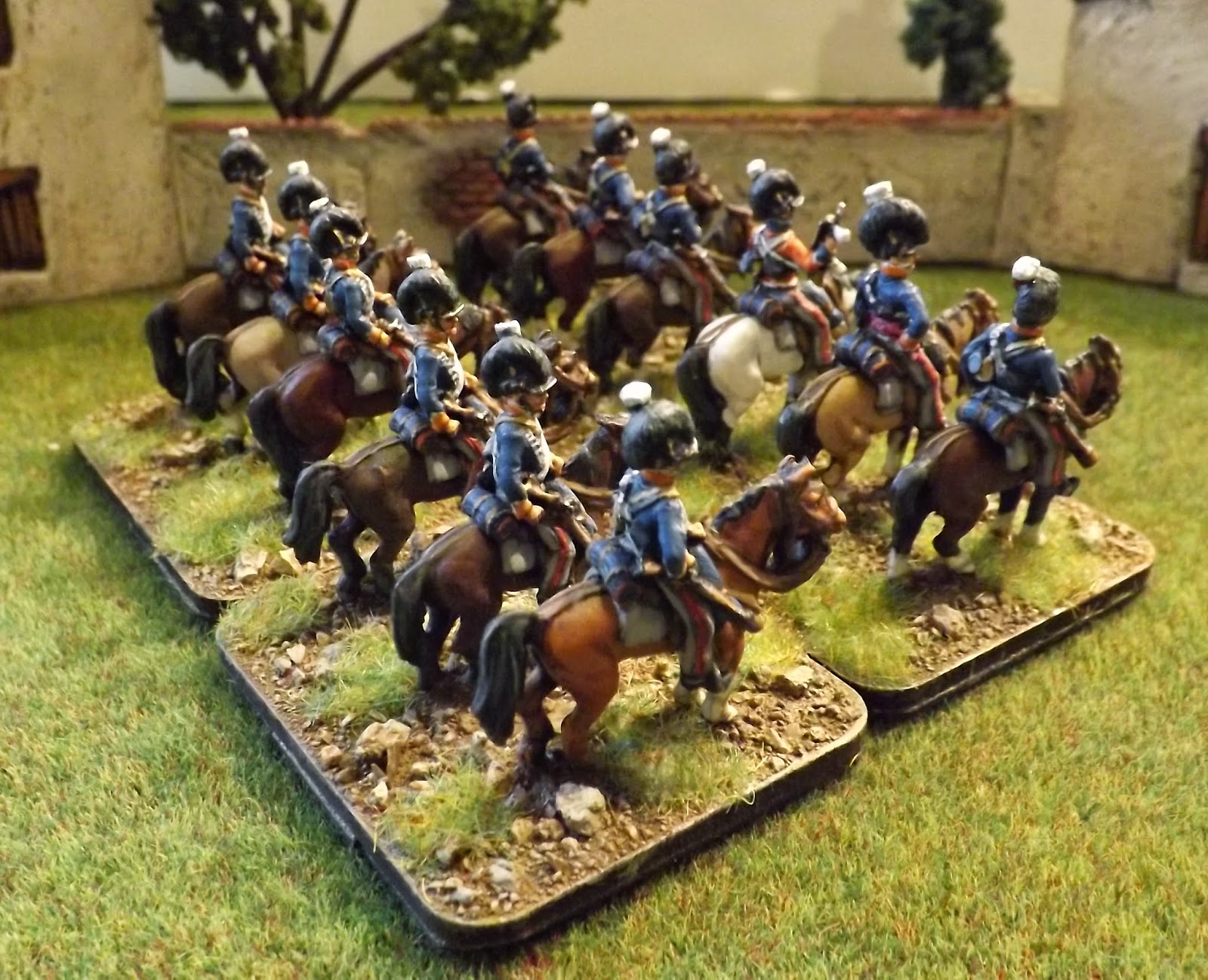 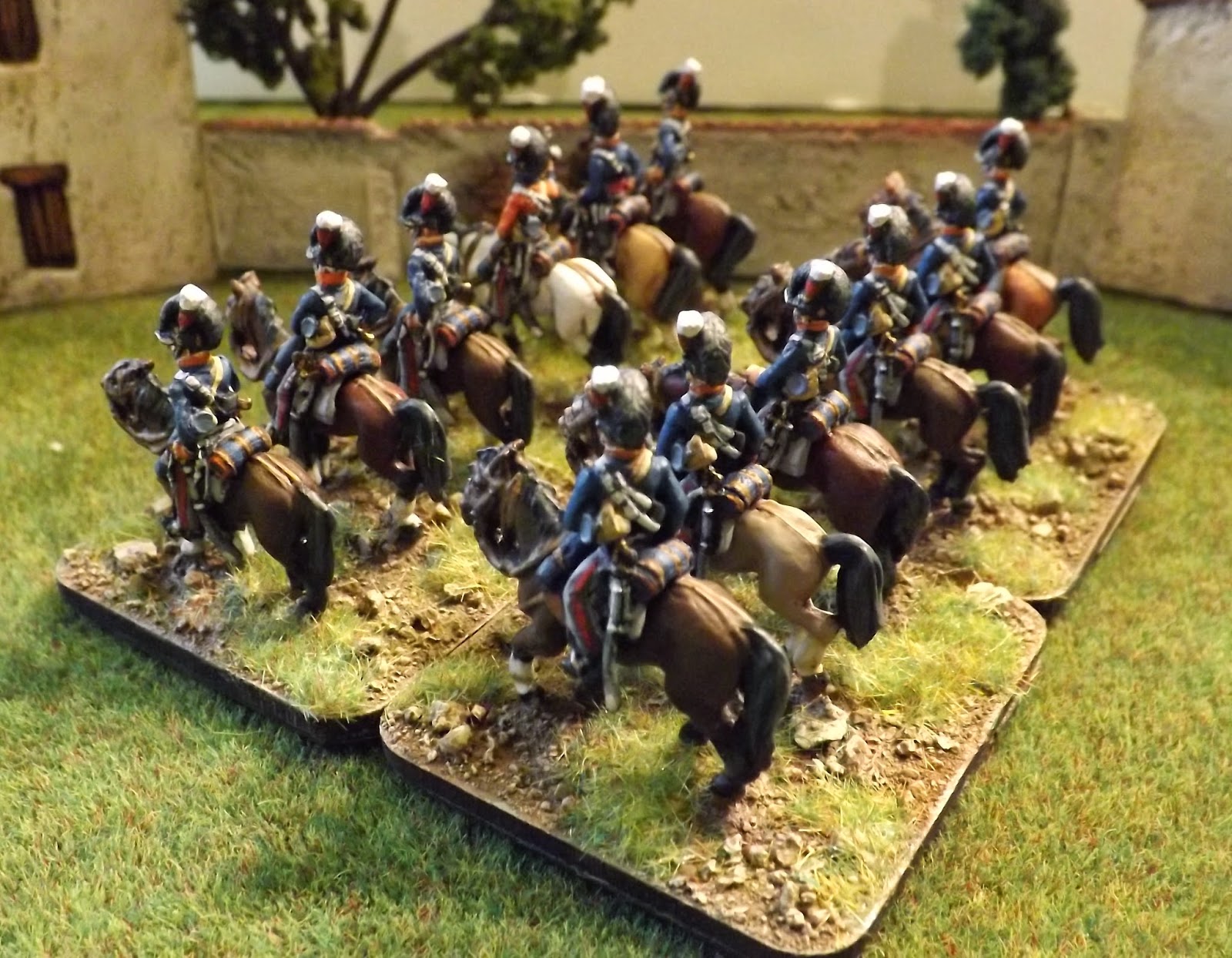 Ok, so it is now just a case of finishing off the table terrain and refining the orders of battle prior to playing the game, some time next month. In between time I have a few projects to complete for some friends, so expect a bit of Seven Years War Cavalry and Infantry, plus a final look at the Oporto table in its finished state, more anon.
Posted by carojon at 05:05