In 1685 the Earl of Plymouth raised a troop of Cuirassiers in response to the Monmouth Rebellion. See my post from December 2014, covering the rebellion and Battle of Sedgemoor.

In a previous post I covered the history of the 4th Queen's Own Dragoons that could trace their history back to the Monmouth Rebellion.

4th Queens Own Regiment of Dragoons

Unlike the 4th Dragoons which had been raised in support of the Duke of Monmouth's ill fated expedition, the Earl of Plymouth's regiment was part of King James' army sent to suppress the rebellion, and following the fall of King James in 1688 was merged with other units to form the 4th Regiment of Horse in the new army of King William III. 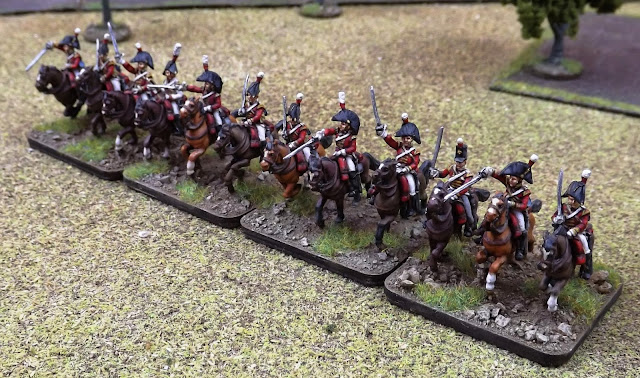 The regiment saw active service during the War of Spanish Succession in Europe serving under the Duke of Marlborough. The various actions are a a roll call of the Duke's victories; Schellenburg, Blenheim, Ramilles, Oudenarde and Malplaquet. 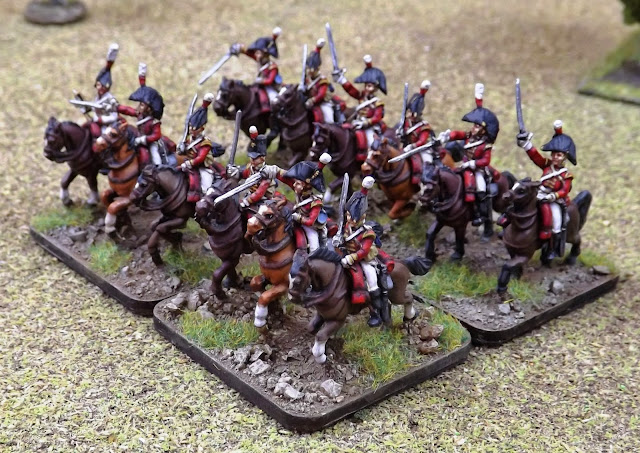 Following the end of the war, the next thirty years were comparatively quiet and saw the the regiment
converted to Dragoon Guards, as the 3rd Dragoon Guards in 1741 and accorded the title of  "Prince of Wales Regiment of Dragoon Guards" in 1765. 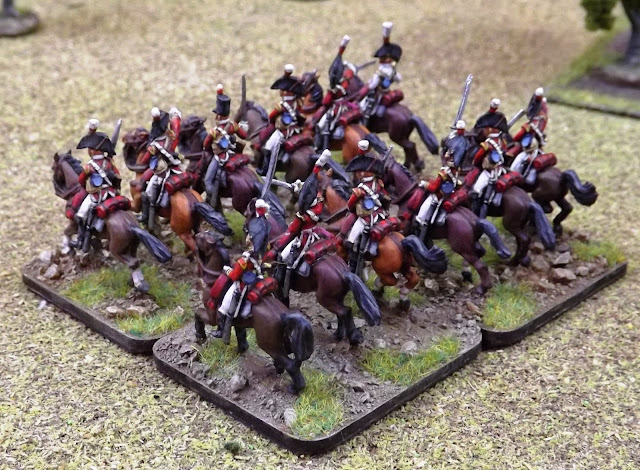 The regiment landed at Lisbon  between the 22nd and 27th of April 1809 under the command of Lieutenant Colonel Sir Granby Thomas Calcraft and were re-acquainted with the successors of their old foes from 1685, the 4th Queens Own Dragoons in the new British Heavy Cavalry brigade under Major General Henry Fane. 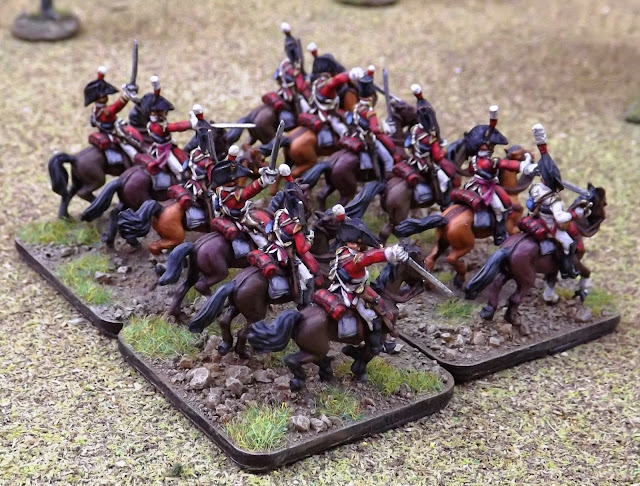 The brigade and the regiment took its first steps on to the stage that was the Peninsular War when it marched into the Tagus Valley in the summer of 1809 to see action if somewhat limited when it formed part of Sir Arthur Wellesley's cavalry reserve at the Battle of Talavera. The 3rd Dragoon Guards would go on to become a veteran regiment in the Peninsular War and would see service at Talavera, Albuera, and Vittoria and would join the British army in Belgium after Waterloo.


All British heavy cavalry, through out the Napoleonic wars were armed with the 1796 pattern heavy cavalry sabre.

This weapon has been described as a poor design, certainly when compared with the Light Cavalry pattern of the same year designed by the great cavalry leader General Le Marchant.

All British cavalry were trained to use the cut with infantry and on first contact with cavalry, really only using the point when enemy cavalry turned, presenting their backs. The sabre was a devastating weapon to be cut with but was less likely to kill than when using the point, as was French practise.

The hatchet end of the blade designed to encourage the cut was unusable as a point to kill and some soldiers, like Sergeant Ewart of the Scots Greys, made field modifications by having the farrier grind the weapon to a point.

My 3rd Dragoon Guards are composed of figures from AB 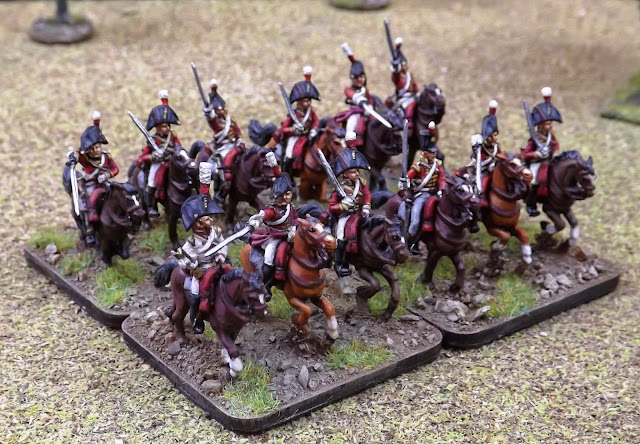 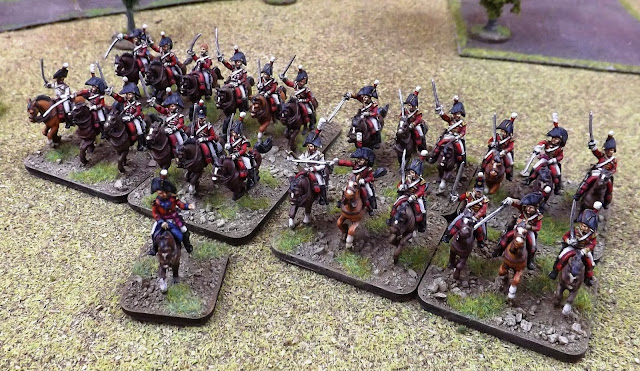 So the with the British heavy cavalry done, I just have two battalions of line infantry, some artillery limbers and a few general officers to do to complete Wellesley's British army. However the next few months will see the start of work on the twenty four battalions of French line infantry, and the seven battalions of Spanish infantry from Bassecourt's Division.

So next unit up is the first battalion, 24e Regiment de Ligne, the senior line regiment in General Ruffin's division.
Posted by carojon at 23:51