I have always entertained the idea of playing through the excellent little naval campaign written by David Manley covering the fascinating naval war within a war which was the tussle for control of the Indian coast during the American War of Independence between the French Admiral Suffren and British Admiral Hughes.

I have several of the model ships built using Langton models with other awaiting fitting out and have run games covering the battles of Sadras and Providien using them. 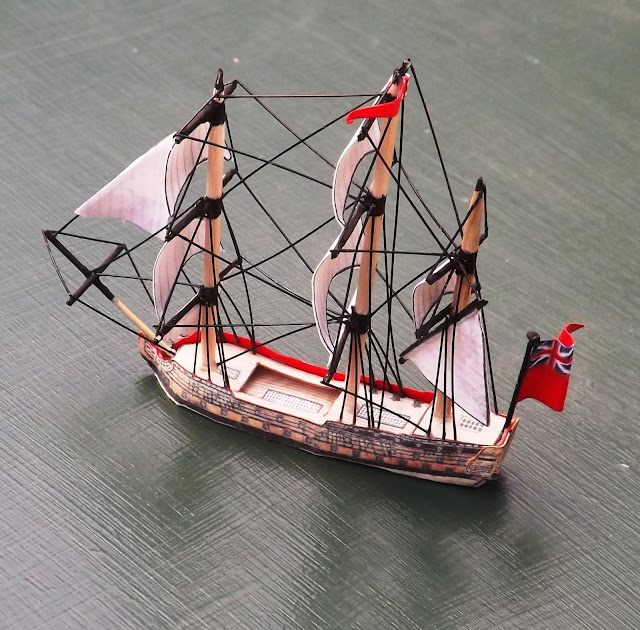 A big part of the enjoyment of fighting age of sail games for me is constructing the models themselves and I have been attracted by the amazing paper kits designed by Jeff Knudsen.

The pull in for me is that Jeff offers free kits to try out on his site so you can test your skills at putting them together. The instructions and guidance on the site with rigging tutorials and loads of gallery pictures help the first timer get their head around the build process.

There is even a set of rules "Admirals" that can be used for fleet actions of the kind I have in mind to go with the lines of model kits once they are built.

In addition there are sets of flags for most of the nations to bedeck your models with once built. 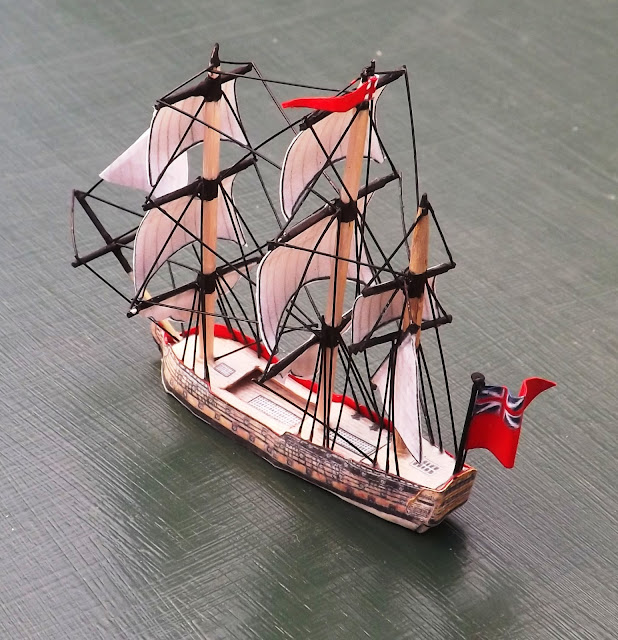 So with a bit of spare time to hand this week I decided to work through putting the 64 gun SOL together. I used cocktail sticks for the masts, paper clips for the spars and 0.3mm black nylon coated steel jewellery wire for the rigging.

The whole thing went together surprisingly easily and took longer than it needed too as I spent time on working out the best way of doing things, the whole purpose of the exercise!

The key learning points for me were: 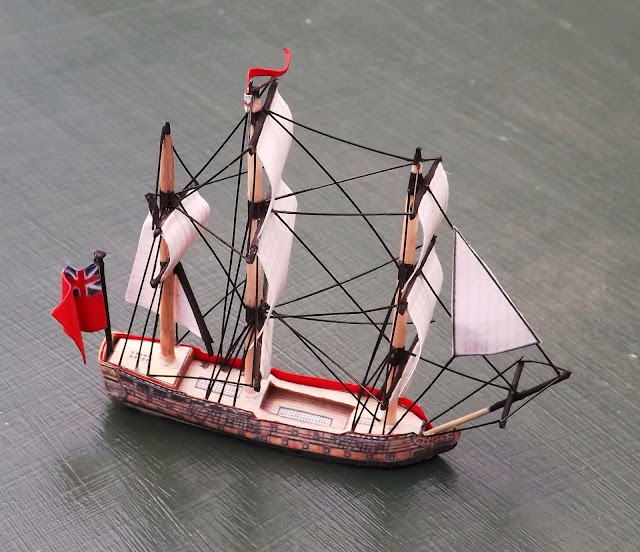 The campaign requires a collection of 5 x 50 gun, 19 x 64 gun, 11 x 74 gun, 1 x 80 gun, 6 x East Indiamen and 10 x Frigate. With the 64 gun models offered as a free kit, War Artisan models make this a very affordable option for a lot of gamers and a lot of scratch build satisfaction, especially when seen en mass. These kits also offer a huge opportunity for purpose built specials like shot up versions with rigging lying over the side. The beauty of being able to produce multiple copies really opens up new ideas.

Ok, just to manage expectations here. I aim to build this collection over time as we get the Talavera project finished, plus the Roman and Dacian collection to do. The nice thing about these kits is that I can carry a little modelling box of scissors, glue, paper clips etc and put them together pretty much any where, so it will make a nice little "down time" project.

If you have been toying with the idea of having a go with these kits, then get one of Jeff's "freebies" and try it out, I think you will be impressed with the quality of the models and the ease of putting them together.

Next up Painting French Line Infantry - Part One
Posted by carojon at 00:16