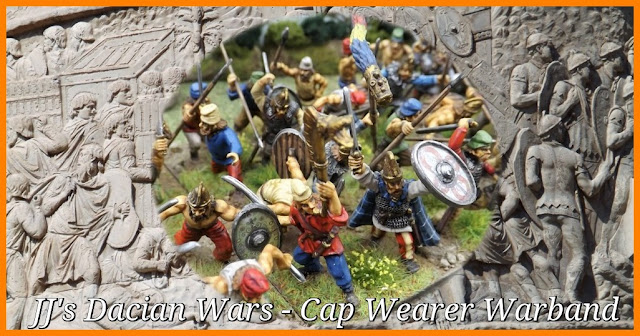 To kick off the new theme here on JJ's I thought I would re-vamp my original idea to incorporate the amazing picture taken of Trajan's column on our trip to Rome for Will's 18th birthday, in 2014, that really fired up the idea to produce this collection; and which would form the backdrop to the figure collection and games generated going forward.

So each header will be colour themed according to whether the subject is Roman, Dacian, Sarmatian or German or if it's a scenario post - all good fun.

The build up to this project has been going on in the background to the Napoleonic Peninsular War project that has taken centre stage on JJ's ever since the blog started back in 2012 and it has seen both Tom and I experimenting with Warlord plastics whilst also working out a set of rules to incorporate into the collection.

During the last four years a small collection of Romans principally from the Warlord range have been constructed and I have learnt a lot about the pallet of colours together with the look of the units I want to build.


I had started with Hail Caesar (HC) and its 20mm base frontage for individual figures but having decided against using the rules to play the games finally came down to redesigning my bases to follow the same frontage as HC but go for a six figure base with more depth to allow more scope to characterise the look of each one - hence the six base large warband portrayed above.


This unit equates to about 1,000 warriors and thus a Roman quingenary cohort of 480 legionaries will be half the unit depth of this warband with three a base frontage, but be based on the same size six figure bases, as outlined in my recent post looking at using my preferred rules 'Augustus to Aurelian' (A to A).

The stat cards below indicate the flexibility in fielding my warbands with six options based on size, large to medium, equating to a six or four base unit and a skill level of untried, warrior or hardened warrior, with cap wearer modelled here more likely to be on the upper end of the experience spectrum.

So to our brave defenders of Dacian liberty or a deceitful bunch of ambushing barbarians depending on your viewpoint.

These are from the Warlord plastics range of figures that come with metal upper torsos and heads to convert their standard plastic Gallic/German barbarian into a more appropriate Dacian appearance together with a pack of Dacian style shields to complete the look.

The well ripped, slightly homo-erotic look of some of the warriors, only needing a rub down with oil as per 'The 300' may not be to everyone's taste but I think they add a bit more of the 'barb' to barbarian and help contrast them even more with my clean shaved regimented legionaries from the new Victrix range of EIR plastics. 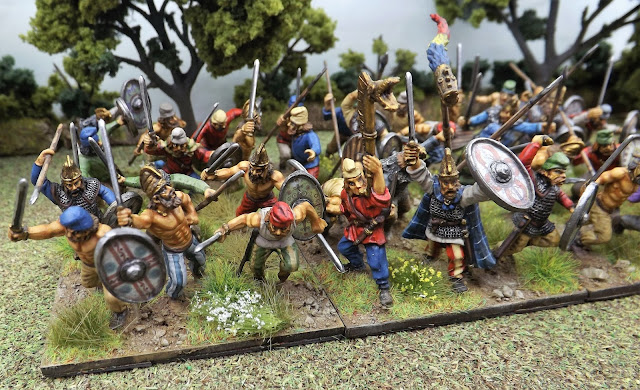 Warlord really do seem to have had a problem controlling the consistency of scale with their plastics and their legionaries are now past their sell by date when compared with Victrix which match these Dacians perfectly. 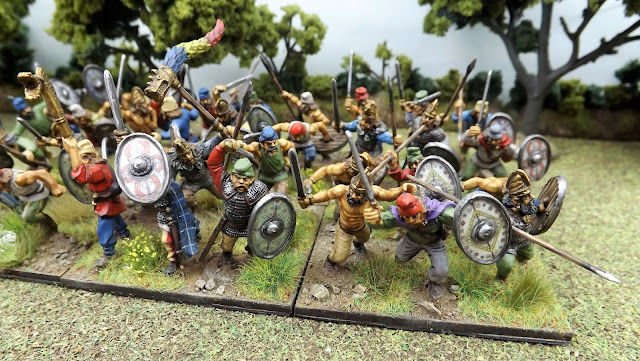 Given that a barbarian army tends to be built around a core of big meaty warbands Warlord plastics still make a compelling reason to use as the basis of any collection mixed with a sprinkling of metals from the likes of Wargames Foundry to add more variety to the overall look. 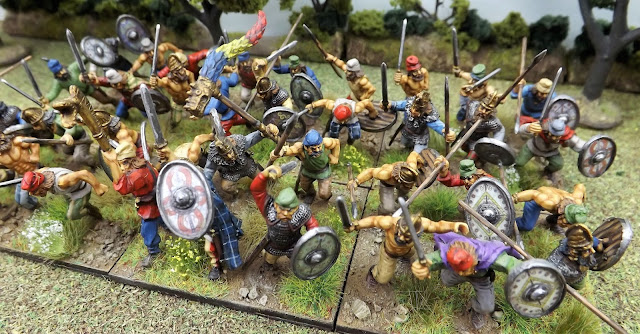 There is something really liberating to the soul when branching out into a new painting project and researching colours and appearance to attempt to get a look always with the end in mind, namely that a Dacian army at full strength will have thirteen similarly sized units on the table with cap wearers, falx men and Bastarnae warriors providing a mix of appearance to draw the eye, not to mention accompanying cavalry such as Sarmatian cataphracts and horse archers. 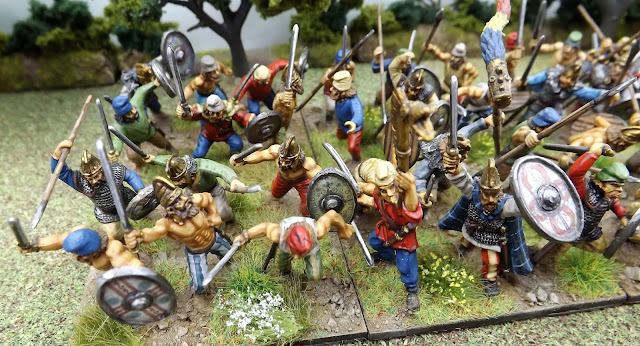 These models went together quite easily and the only issue with them would be the need to replace horizontal spears with brass rod to avoid annoying breakages in play. 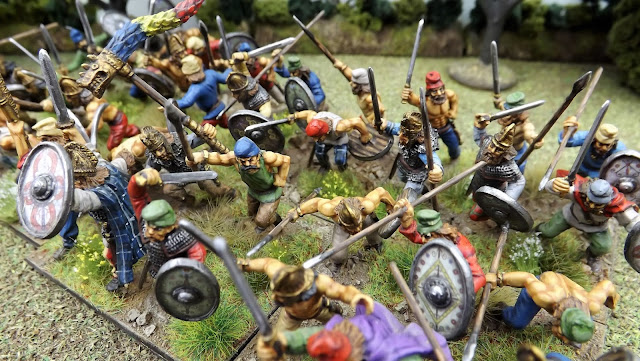 The shield decals are also supplied with each box of warriors which I wish other plastic manufacturers would do as it makes the whole process of building a large force much more painless when you can buy the set ready to go from the box, also these decals are water-slide rather than the more normal LBM 'stick down and damp the paper from the back' variety and as a plastic modeller of yaw I find the former process much more user friendly. 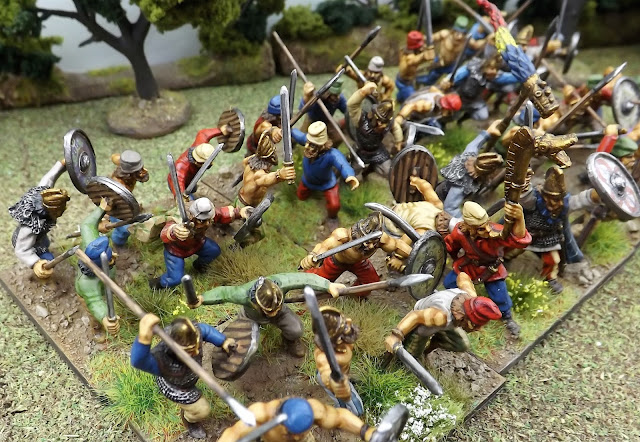 So the Dacian collection is up and running with the thousand mile journey started with that first step, to be accompanied with a new terrain building project, not to mention the other forces that will be joining my Dacians, so lots of stuff to come. 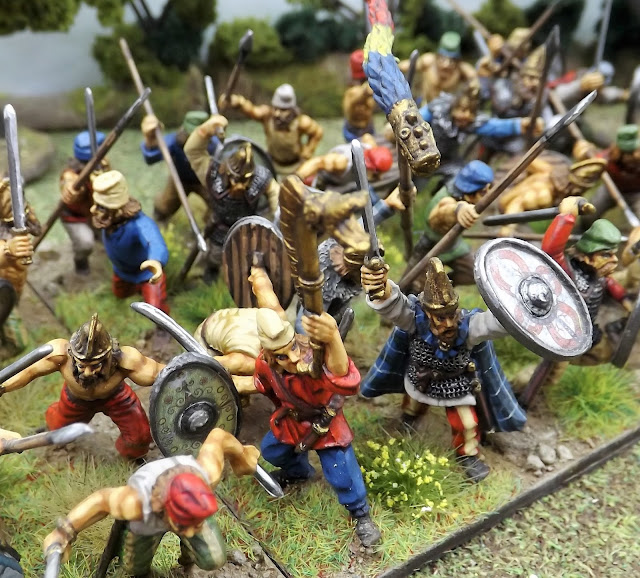