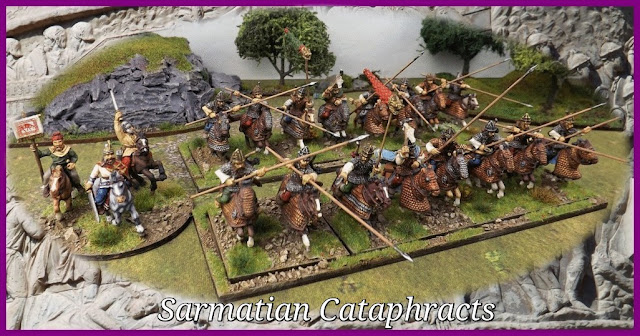 As mentioned, the second unit of Sarmatian Cataphracts is finished and I thought I would show them in company with the first unit and my King Decebalus command base to give an impression of how imposing these units will look on the table, especially bearing in mind that these are the first two units of eventually six composing the punching power of my Sarmatians. 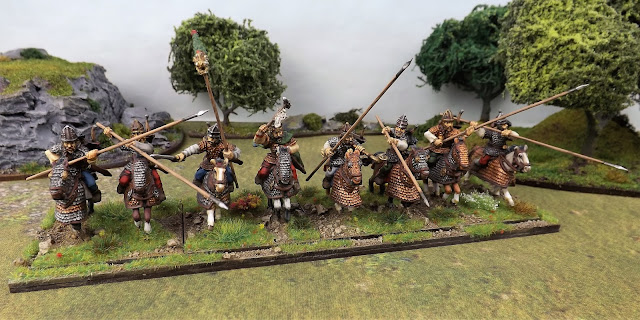 In the previous post I spent a bit of time looking at the combat ability of this particular troop type when using them with Augustus to Aurelian.

With the completion of this second unit I thought it might be interesting to take a bit of look at who the Sarmatians as a people were, recorded between 600 BC to 450 AD and how I propose to model them in my collection. 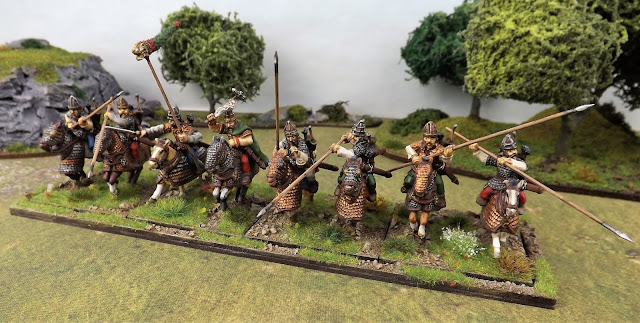 The Sarmatians as a group of unified people appears to be a bit of a misnomer as they were composed of a number of groups of nomadic people who, emerging from east of the Don River and south of the Ural mountains in the 7th century BC, gradually migrated westward over the Eurasian steppe, a vast area of open plain, some 5,000 miles long and several hundred miles wide extending from China to the Hungarian plain. 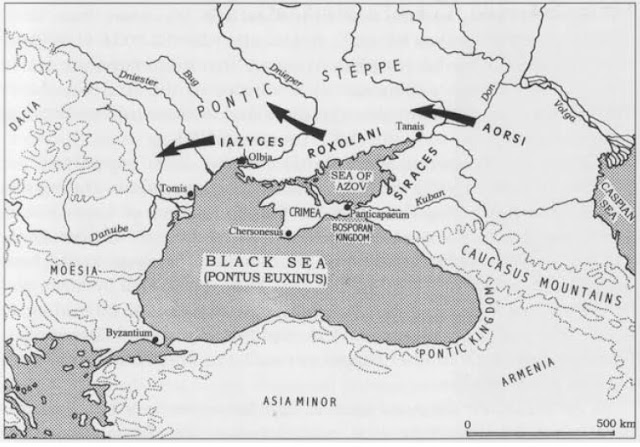 Their language is thought to have been an Iranian one similar to that of the Scythians and closely related to Persian, and there origins draw strong comparison to their eastern neighbours, the Parthians who would emerge using similar methods of light bow armed cavalry supported by heavily armoured horsemen to become a major power contesting further expansion of Rome into the east via Asia Minor. 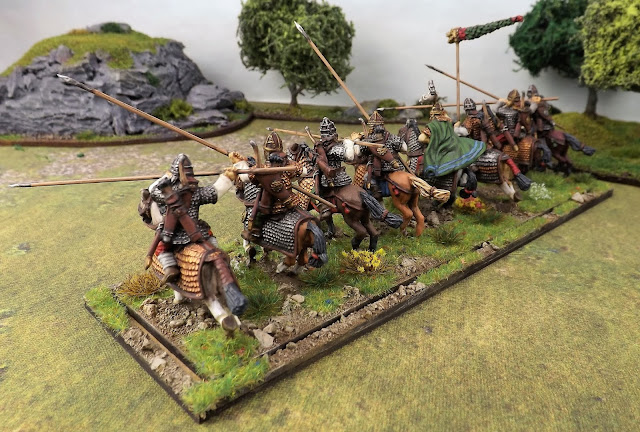 The best known of the Sarmatian groupings are the Sauromatae, Aorsi, Siraces, Iazyges and Roxalani of which the later two figure largely in the intermittent and finally large scale military clashes with Rome that would drag on long after the defeat of the Dacians, seeing the Iazyges joining forces with the Marcomani and Quadi in the wars with Marcus Aurelius.

Thus my Sarmatian forces are set to be an army in their own right, yes operating alongside Dacian and German allies, and who knows perhaps alongside Romans when my collection reaches the shores of Britannia, but also as an independent force in their own right. 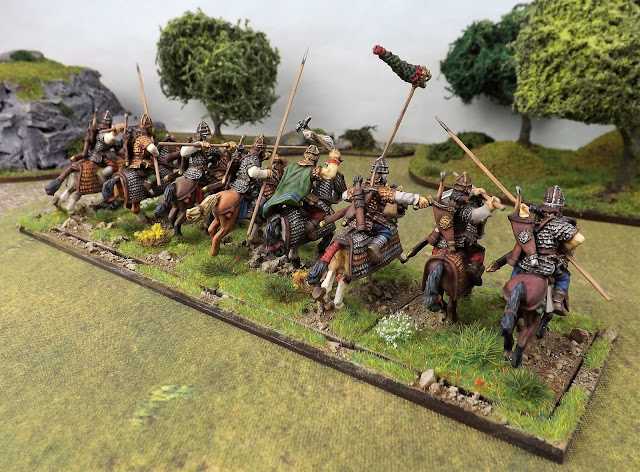 With these two units completed I will be moving on to construct three units of lighter bow and javelin armed units and eventually the Sarmatians will be able to field alone, four divisions of some eighteen units, which will present an interesting challenge for my Romans. 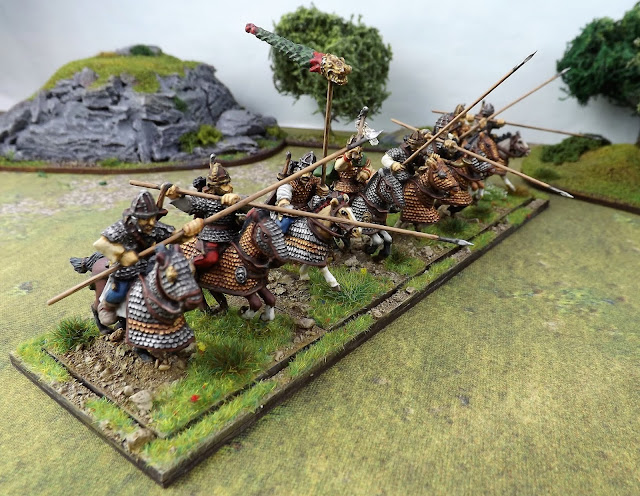 The other interesting aspect from a wargaming perspective is the nomadic structure of the Sarmatian peoples which means that my armies will need to be accompanied by several groups of wagons representing the homes of these people carrying their valuables and families in their wake.

The Sarmatians make a really powerful and exotic addition to my barbarian forces and with just two of the units here together with King Decebalus giving an idea of what six or so of these units, alongside their horse archers and my Dacian warbands, will look like emerging onto the battlefield, you can almost feel the ground trembling under all that heavy horse flesh! 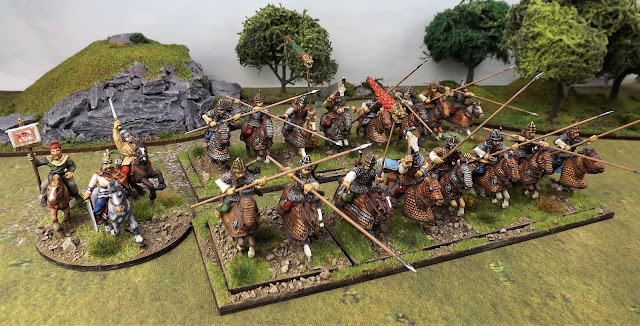 As previously my cataphracts are composed using figures from the Warlord Games range of figures and very nice models they are, and those kontos are as fiercely sharp as they look, being made of brass rod and more than capable of drawing the blood of any clumsy hand picking them up thoughtlessly.

Next up Part Two of the Breached Walls, Terrain Build project.
Posted by carojon at 04:56