No British Napoleonic collection should be without the 42nd Highland Foot, and certainly no Peninsular War collection. Having completed my series of games looking at the Vimiero campaign, I am now thinking about the army commanded by Sir John Moore and the battle of Corunna.

The 42nd Highlanders made their debut in this battle and were heavily involved in the fighting about the town of Elvina, after being encouraged by the General to remember their feats at the battle of Alexandria. It was members of the regiment who carried the mortally wounded Sir John from the field of battle.

For more information on the history of the regiment during the Napoleonic wars follow the link
http://www.napoleon-series.org/military/organization/Britain/Infantry/Regiments/c_42ndFoot.html 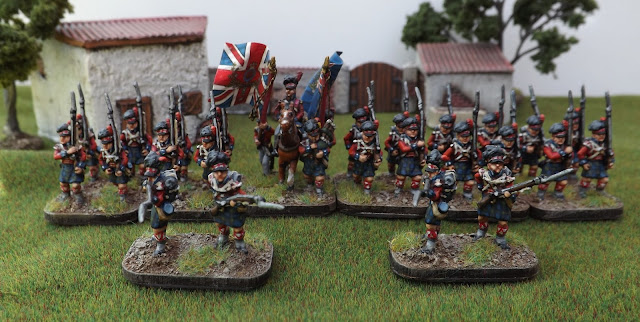 My battalion in composed of figures from Campaign Games Miniatures, with the mounted Colonel from AB and the skirmishers from Fantassin. I really like the CGM figures, giving a burly highlander ready to close with the bayonet. My only criticism is their bayonets, not quite long enough for my taste, but I think, in 18mm, I can live with them. The flags are from the superb GMB range. 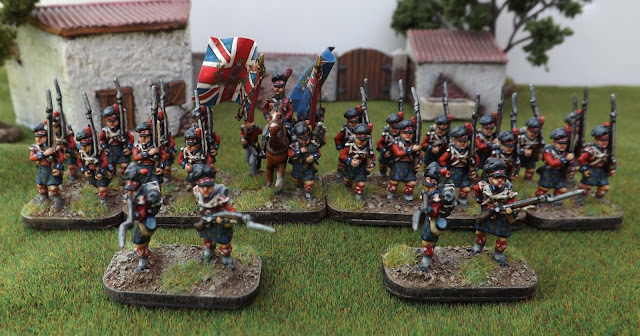 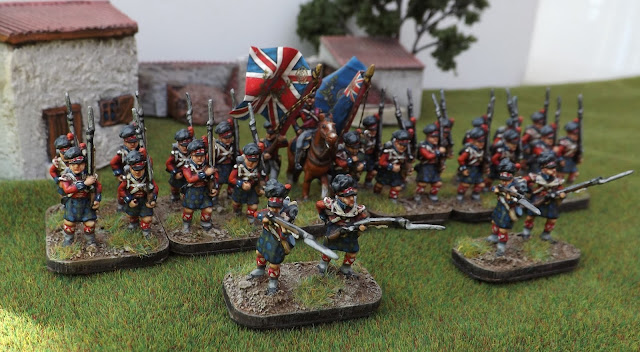 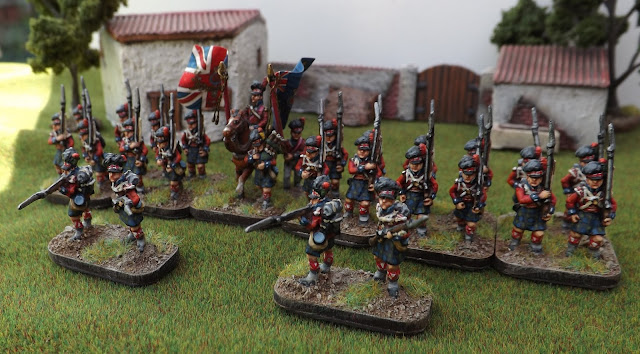 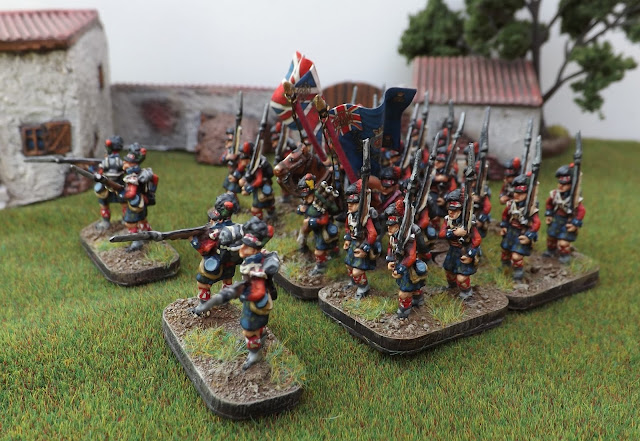 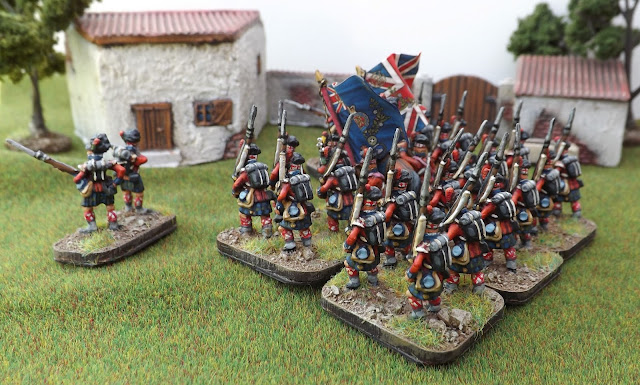 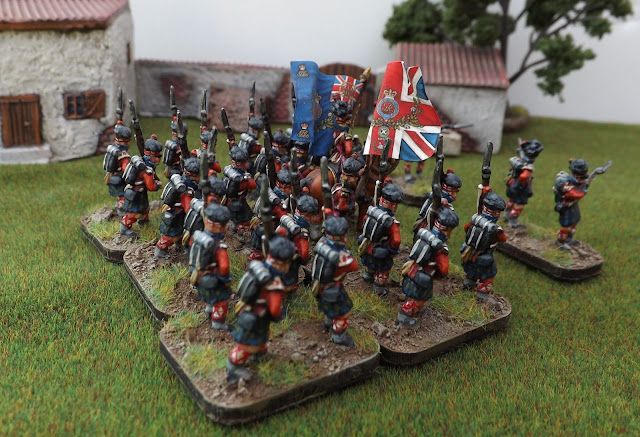 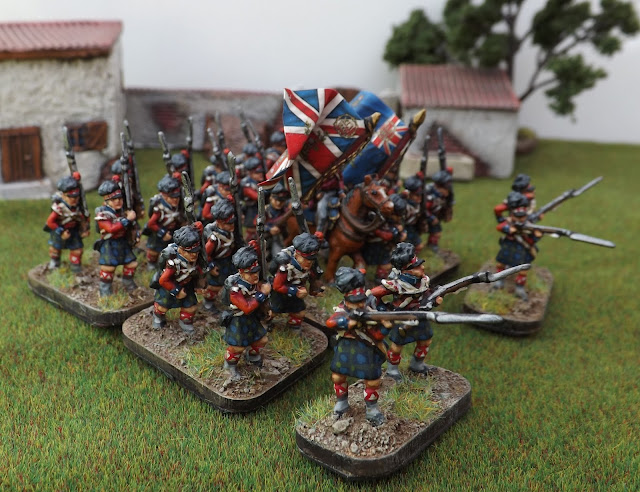