As mentioned in the previous post I have managed to get some painting done in a very busy week. So, just in time for Waterloo Day tomorrow, 18th June, may I introduce, standing in for His Majesty's 4th King's Own foot in my forthcoming Corunna scenario, His Majesty's 5th battalion, King's German Legion, which will be making regular appearances in future scenarios 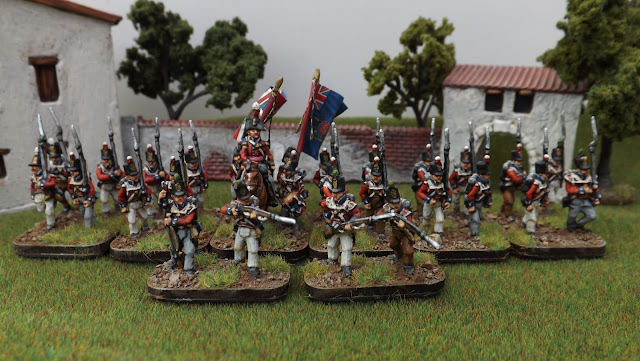 The battalion is composed of an AB mounted Colonel, fusilier company men and skirmishing flank company from Campaign Game Miniatures, and flank company men and command party group from Fantassin. I think 18mm Napoleonic collecting has never been so blessed, with the ability to mix and match manufacturers in collections, as I hope I've shown. 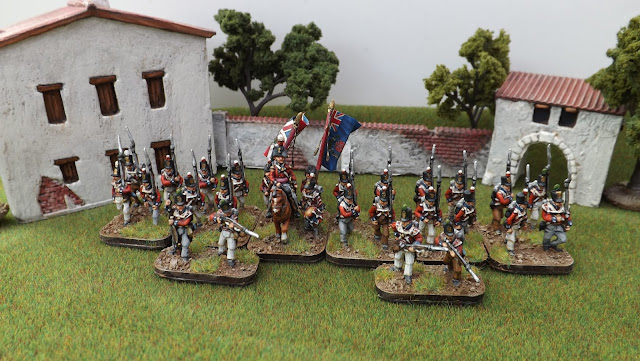 The Colours are from the superb range of 15mm Napoleonic colours supplied by GMB. I think they are excellent. The importance of good colours and flags cannot be overlooked, as they can really make the final look of the unit and in my opinion should not be considered as something to be saved on. 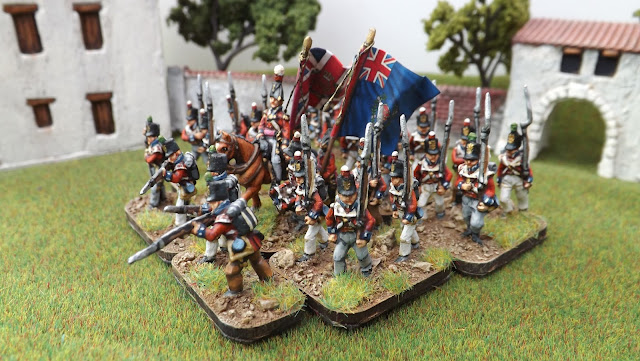 The links to all the manufacturers mentioned can be found on my "Links" bar. 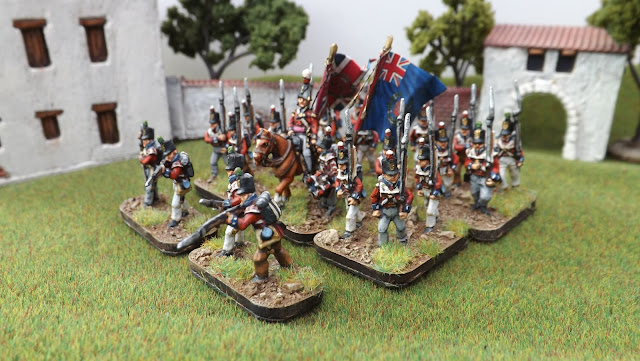 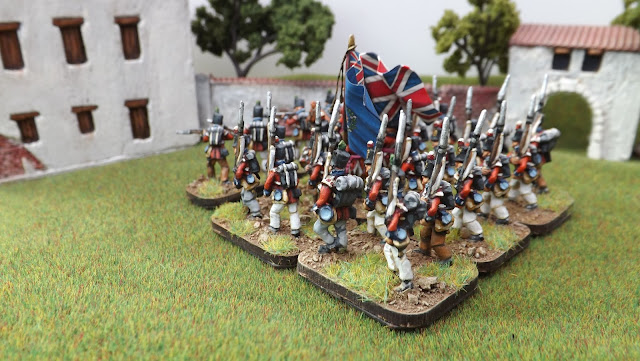 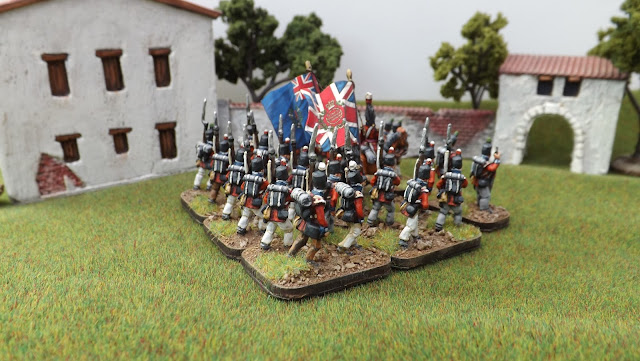 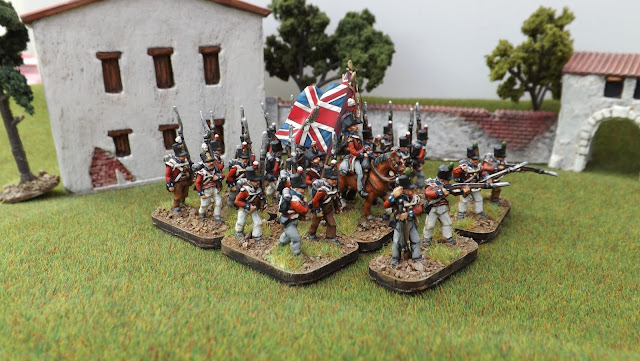