As part of finishing off the forces for Vimeiro, I've needed to put together a few extra command figures. Probably the most important one was General Junot himself. As far as I am aware there are no 18mm or 28mm models of Junot, which is surprising, as the General is often depicted in his General Officer of Hussars uniform and is very much the epitome of the Napoleonic beau sabre.

One of Napoleon's most colourful subordinates, General Jean-Androche Junot, Duc d'Abrantes was a law student at the beginning of the Revolution. He joined a volunteer battalion, was twice wounded and owed his first advancement to an incident at Toulon when, as a sergeant, his cool courage under fire while taking dictation from Napoleon impressed the young officer.

He served as Napoleon's ADC in Italy, receiving a head wound at Lonato which may have contributed to his later mental problems.

General de brigade from January 1799, he survived the Egyptian campaign but was wounded in a duel and was captured by the British as he tried to return home. On that return, he was appointed commandant of Paris and General de division in November 1801.

After serving as ambassador to Portugal and as Napoleon's aide in the 1805 campaign, as governor of Parma and Piacenza and of Paris, Junot lead the invasion of Portugal in 1807. early success was rewarded with a dukedom of Abrantes, though Junot greatly resented not being appointed as a Marshal; and it was followed by defeat at Vimiero.

The inspiration for my interpretation came from the excellent showcase of large scale models one of which shoes General Junot.
http://www.leforumlafigurine.com/t6910-vitrine-du-duc-de-abrantes 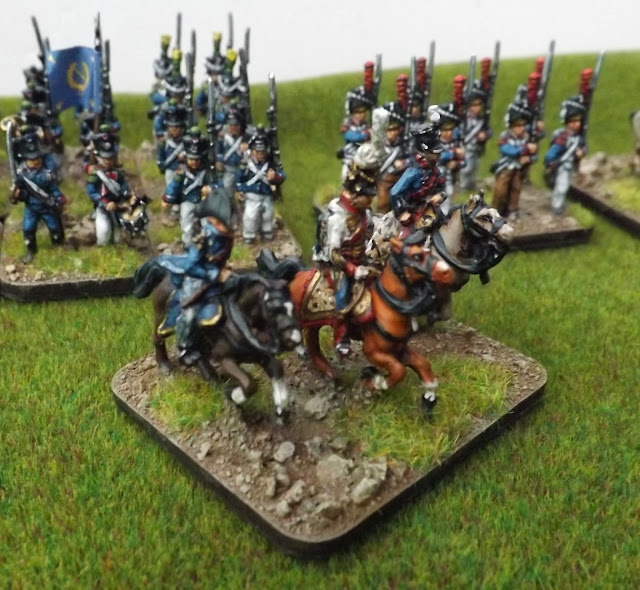 My figure is based on one of the AB French ADC's that I picked up from Ian Marsh of  Fighting 15's  at Colours a week ago. It required a head transplant from a French hussar and a few additions of Milliput, and overall I am quite pleased with the look. 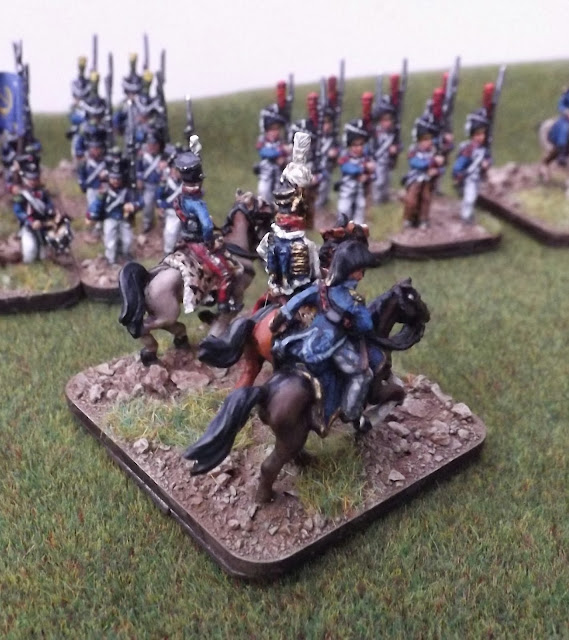 I have modelled the general with an Imperial ADC and an officer from the 1st Hussars, Junot's regiment, when he joined the cavalry. 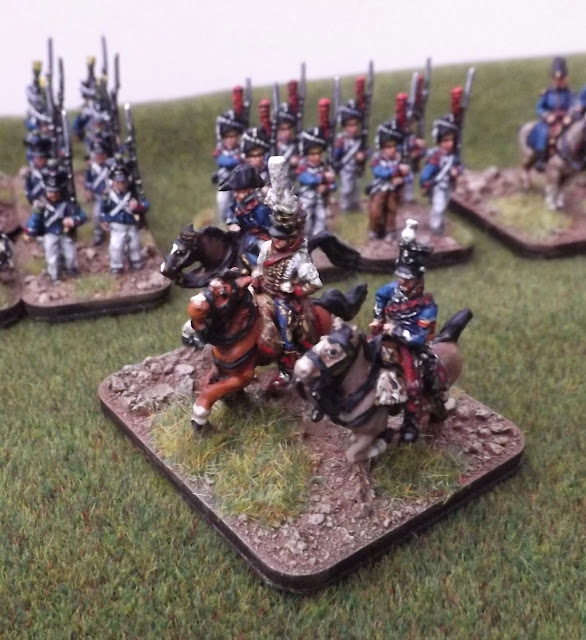 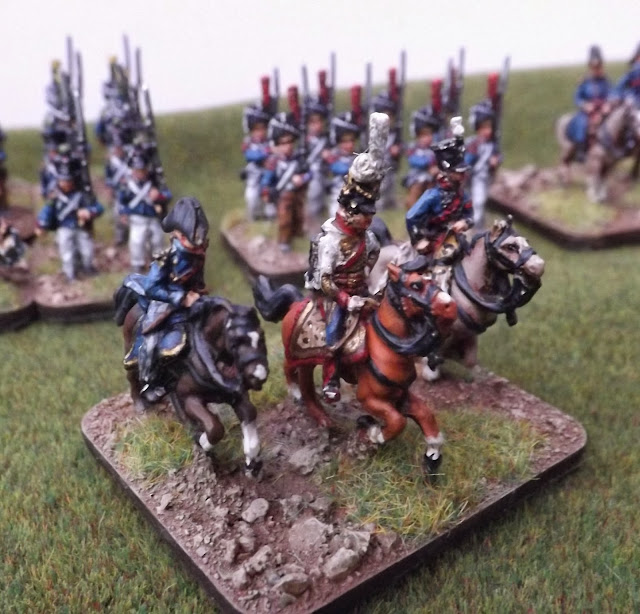 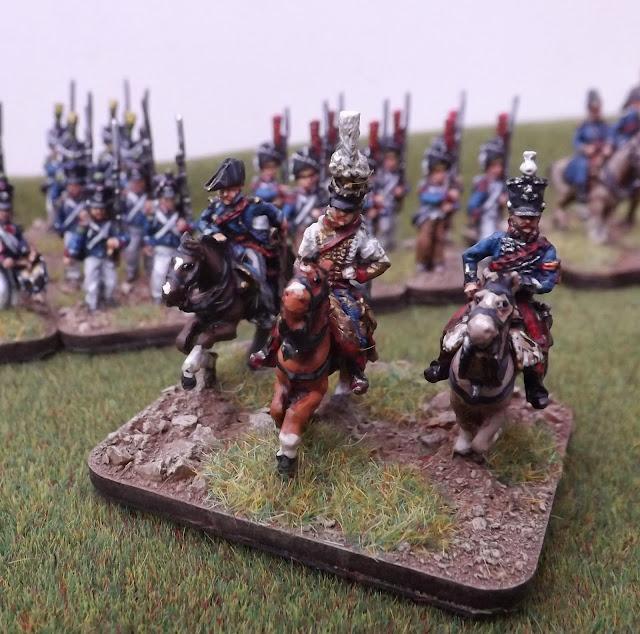 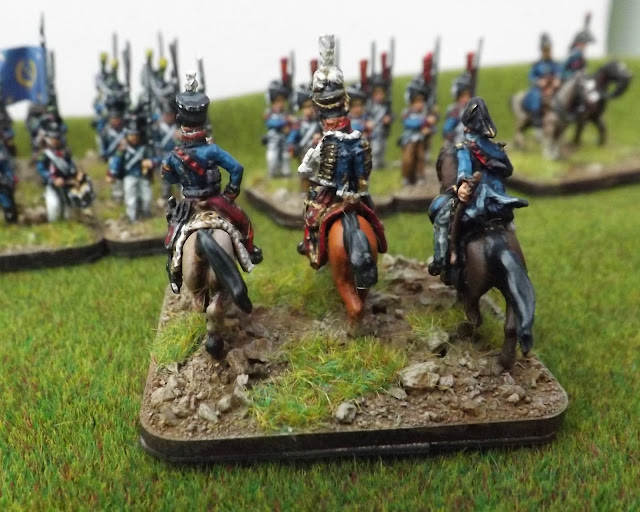 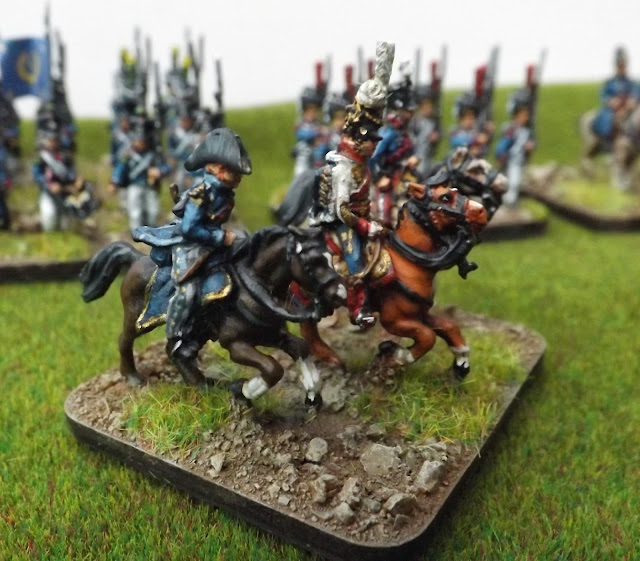 In addition, although Junot "side-lined" his divisional commanders at Vimiero, I will need four French Divisional commanders just in case our Junot stand in chooses not to, and these three gentlemen bring the French army up to strength. Again these are from AB and really look the part. 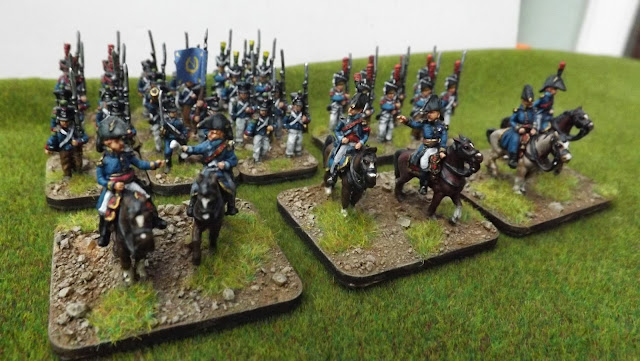 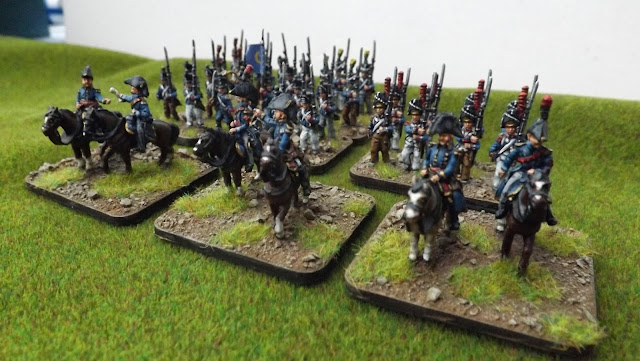 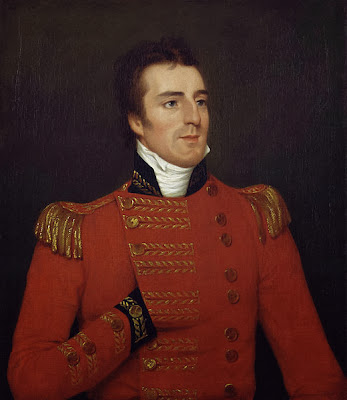 The model of Wellesley and his ADC's are Warmodelling figures from Warmodelling uk. The model depicts Wellesley as he would have looked as Duke of Wellington with his ostrich feather bedecked bicorne. At Vimiero as a junior Lieutenant General, I imagine he may well have been dressed in full dress uniform, as above, after his meeting the evening before with his recently arrived boss, General Sir Harry Burrard.

I, however, plan to use this figure in future games where the "Duke" will need to be more appropriately dressed as the supreme allied commander. 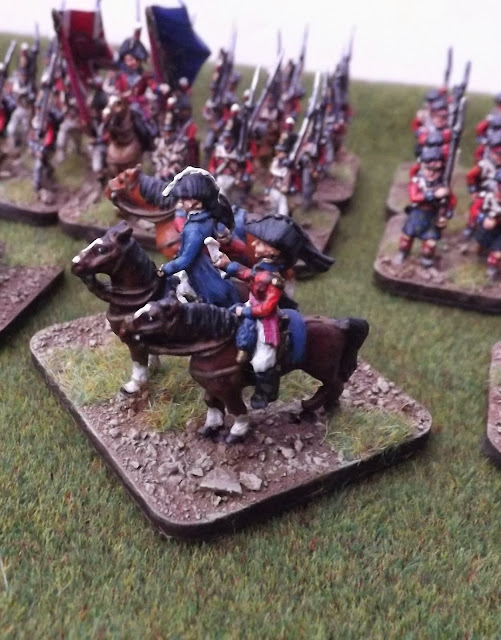 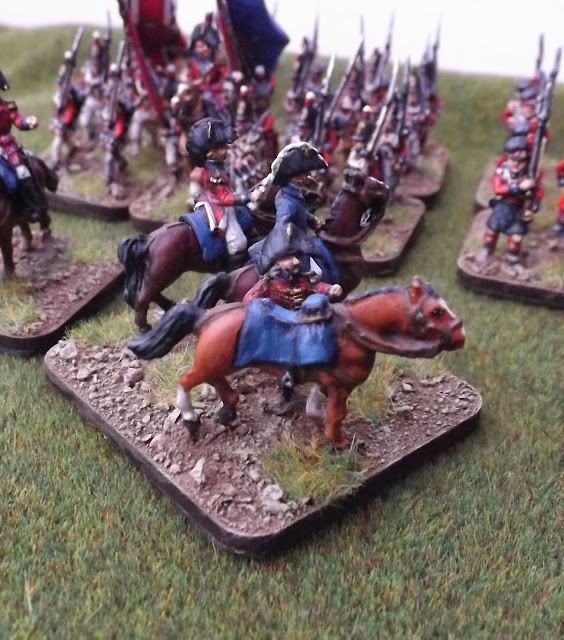 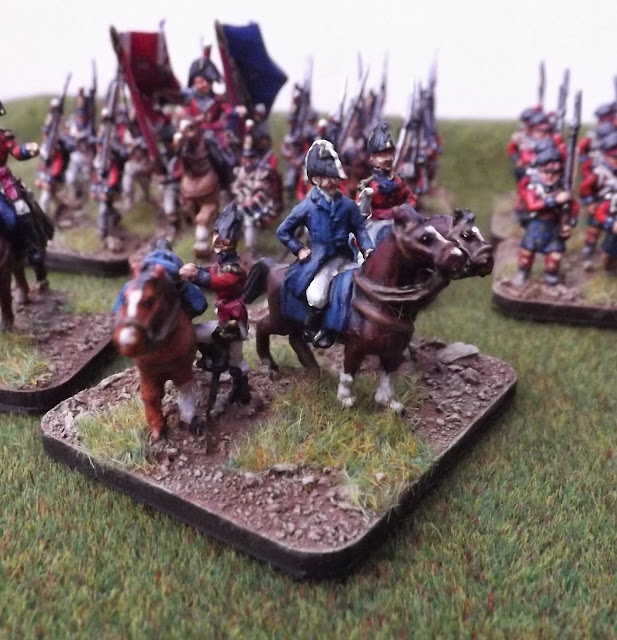 One particular brigade commander I wanted to model, was Lt Colonel Taylor of the 20th Light Dragoons who effectively commanded the Allied cavalry of British and Portuguese light dragoons.
For this commander I adapted the AB Royal Horse Artillery officer. 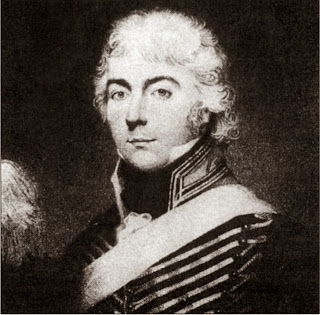 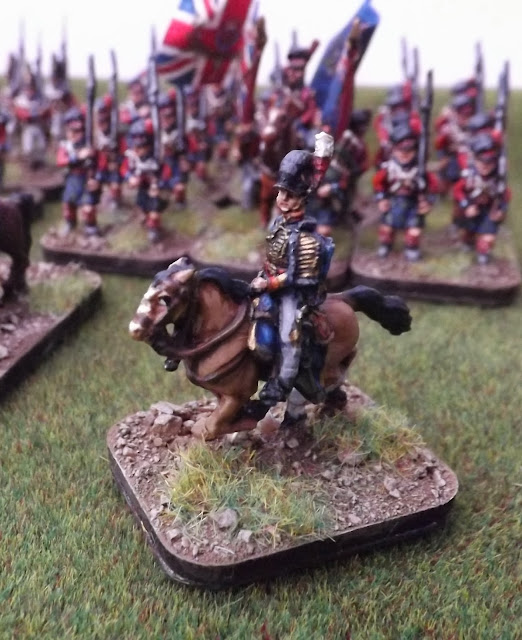 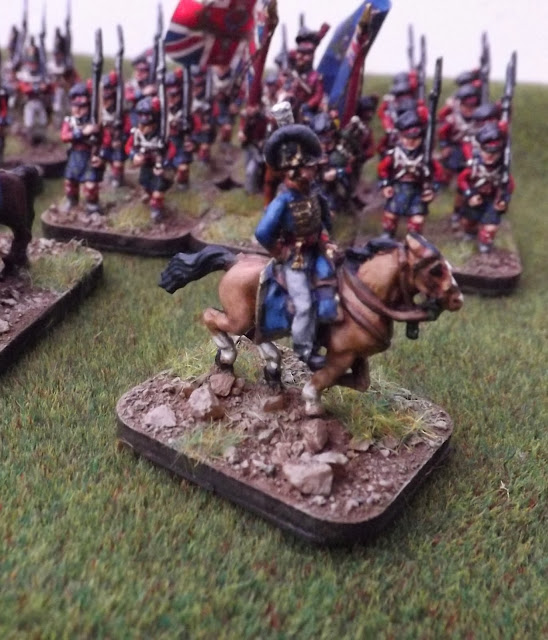 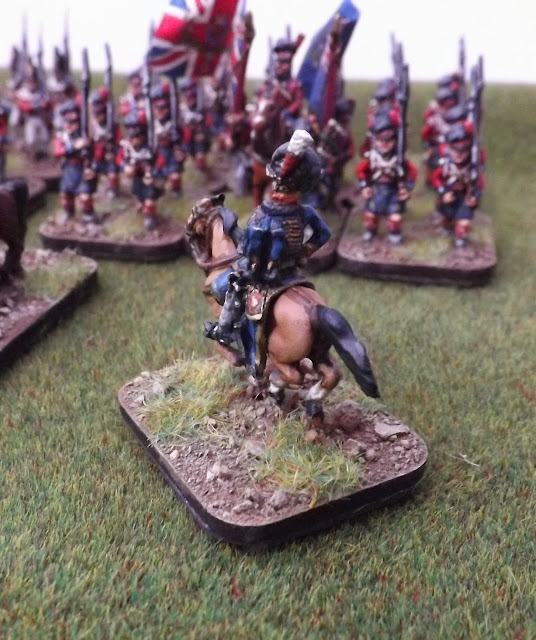