This weekend has been a bit of a war-games fest for me with a day at the Devon Wargames Group yesterday, (the posts from yesterdays games are now up, so just follow the link from my previous post), followed by a trip up to Newbury with friends to attend Colours 2013.

I have been going to Colours since the early 80's when it used to be staged at the Hexagon in Reading. I really like the show, with a great selection of traders and games on show, and with Salute in the spring and Colours in the autumn, these shows are landmarks in my war-gaming calendar. 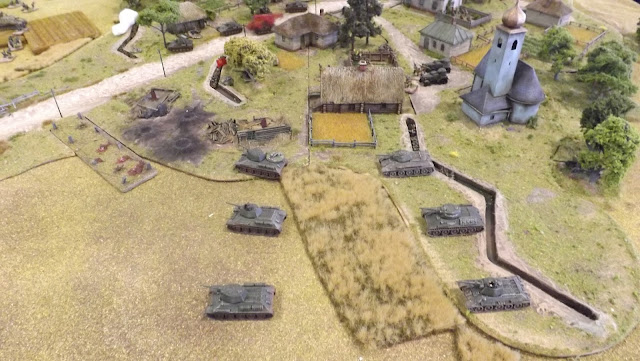 I went to Colours today with a very specific shopping list of items required to bring my Big Vimiero game to the table. In the process I chatted to Henry Hyde, editor of Miniature Wargames and reminded him on behalf of all those podcast listeners out there how we were all looking forward to some more chat on "View from the Veranda", which he assured me was on the way. They might even get around to discussing points systems!! 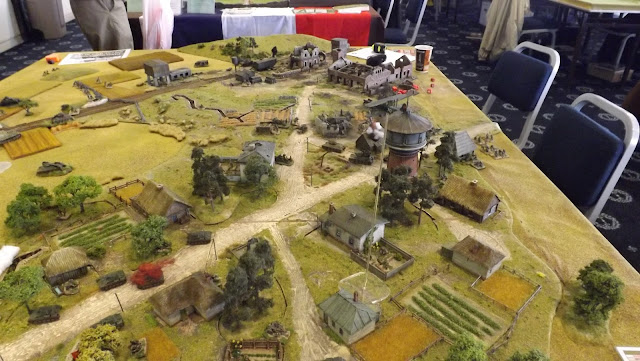 In addition, I discovered a lovely new range of 15mm gabions and field emplacements on show from Last Man Last Bullet which would come in very handy for Talavera and a few other Spanish scenarios I have in mind. 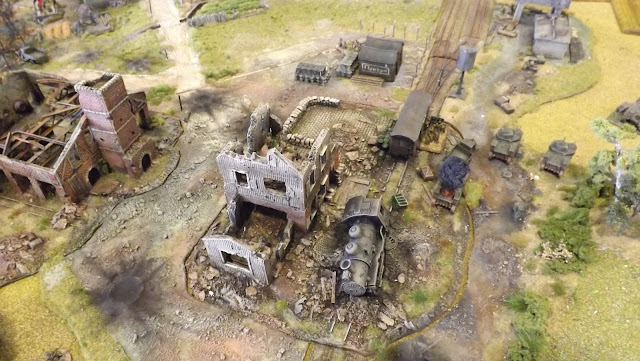 However, as you probably have guessed, this blog is an homage to great games and "eye candy" and the day would not have been complete if I hadn't taken the camera to grab some pictures of the games that grabbed my eye. 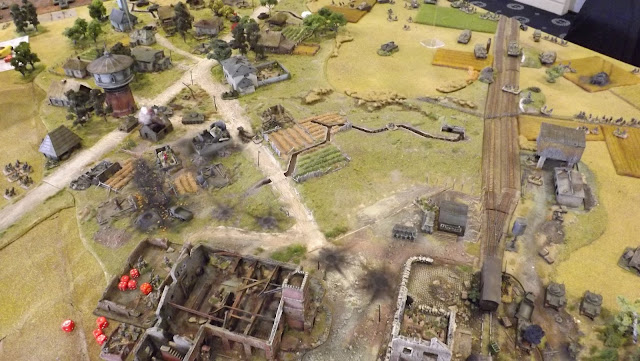 The first four pictures are of a fantastic 15mm Barbarossa game staged, I think, by the Loughton Strike Force club complete with diving Stuka and patrolling Russian biplane recon/light bomber. I love the attention to detail in this game which really captured the feel of the Eastern Front in WWII. 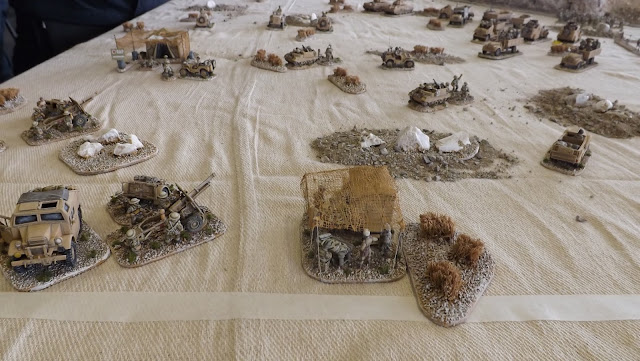 The other game that made me stop looking at trade stands and focus on some great modelling was a 20mm desert affair put on by The Society of Gentleman Gamers. I have featured another of their WWII games earlier this year at Plymouth when they ran a gorgeous Pegasus Bridge game. 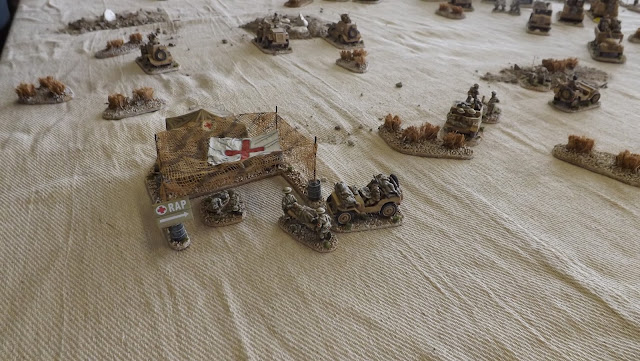 The games are set up for Rapid Fire and today's game was based on Naqb Rala which was a feature that formed the southern flank of Rommel's defensive line at El Alamein. Because of the view offered to the Axis of Allied positions the feature had to be taken and the 1st Fighting French Light Division under General Koenig were tasked with its capture. 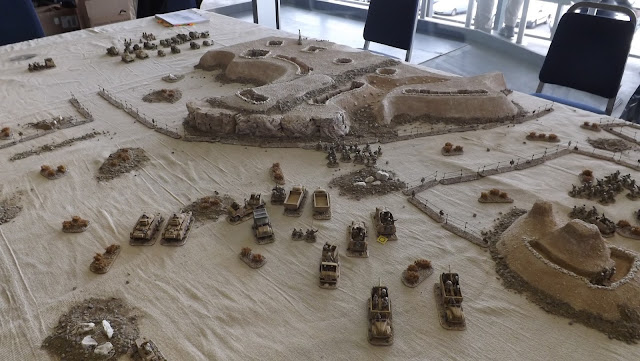 The game certainly had the "Wow" factor me and the attention to detail on the terrain was evident, based as it was on Italian troop position maps from the period.
Posted by carojon at 11:17