The weather on Wednesday took a turn for the better and we were able to enjoy some festive sunshine, together with some excellent news.


Will, my youngest son, passed his university interview and has been accepted for medical school, next summer exam results permitting.


Today, Thursday, was spent soaking up the history and culture that is Cartagena, where we visited the fantastic 1st Century Roman Theatre. The archaeology first revealed in the mid 80’s has gradually been restored as a public monument and museum to the grandeur of this imposing Roman building and also explores the changes in the city under Byzantine, Moorish and later times. The church left standing on the corner of the theatre acts as an entrance to the site showing the various walls that were built under the building during the time the theatre fell into disuse. The church was bombed during the Spanish Civil War and is a monument in its own right, being the last city to surrender to General Franco’s troops and was a major Republican stronghold throughout the war.


A lunch of Tapas was followed by a trip to the Castillo de la Concepcion (Castle of the Conception) a medieval castle that surmounts the highest hill in the city that itself has been recently restored as a museum and display of the evolution of the city during the Moorish and early Christian periods. The views from the top give a great panorama of the key historical sites in the city. Next to the keep stands a bust of Hasdrubal Barca, the Carthaginian General who was the founder of the city back in 227BC.

Cartagena is like the counterpart to Plymouth back home in Devon, with both cities having a long history associated with their respective country’s navies and today the Spanish Navy still have a major base in the port, together with a very interesting naval museum. The city lays claim to the first electric powered submarine invented and designed by Isaac Peral and launched in 1888. The vessel has been taken in under cover at the museum. 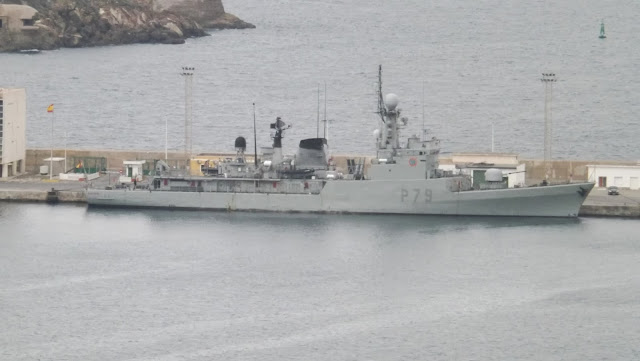 We were feeling quite tired after these visits and still have lots of other sites to see the next time we’re in town. Cartagena is a lovely city and well worth visiting if you have the chance