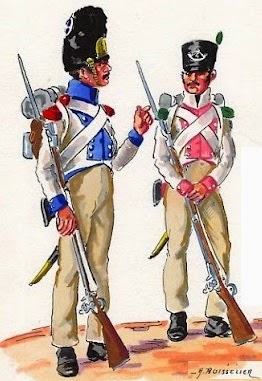 The completion of the second of the two Dutch infantry battalions under General Chasse leaves just the two battalions of the Baden infantry contingent and the artillery to complete the German Division for Talavera.

The figures used, as with the first battalion, are from Warmodelling with the Regimental Colour from Maverick Models. A few conversions were added as mentioned in the post covering the 1/2nd Infantry, just follow the link above to see that post, which covers off a bit more of the information behind the construction of these units. 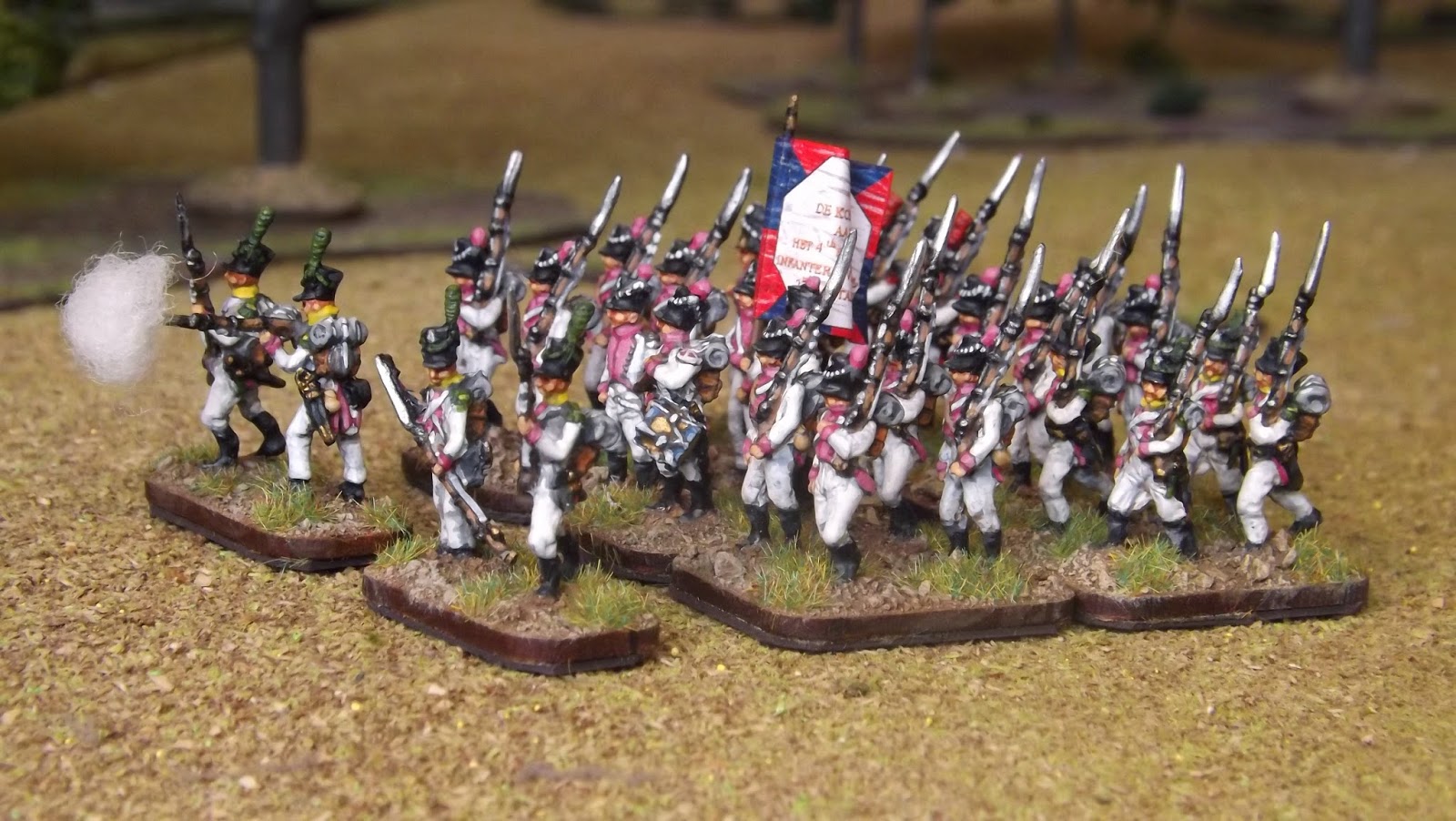 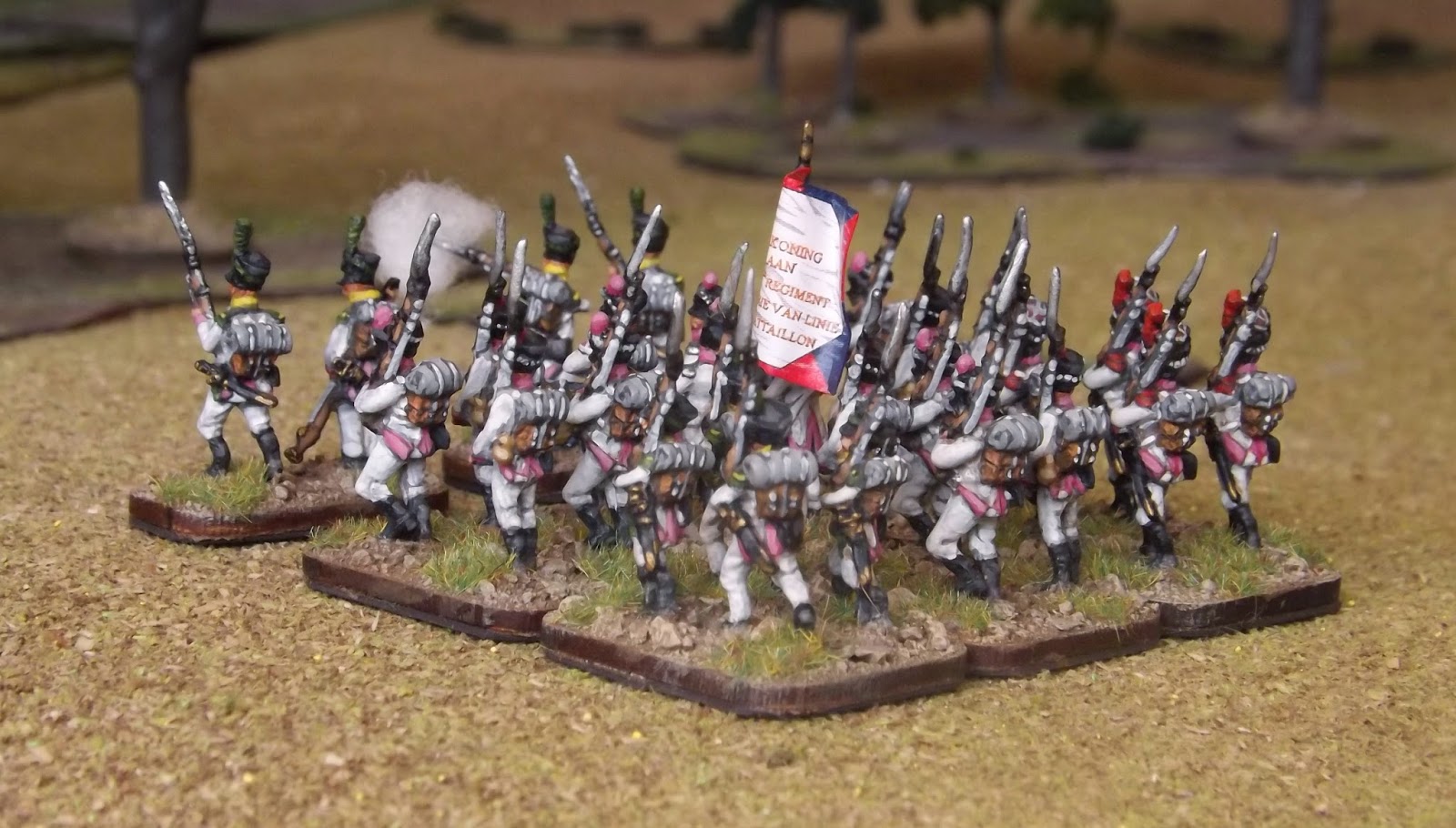 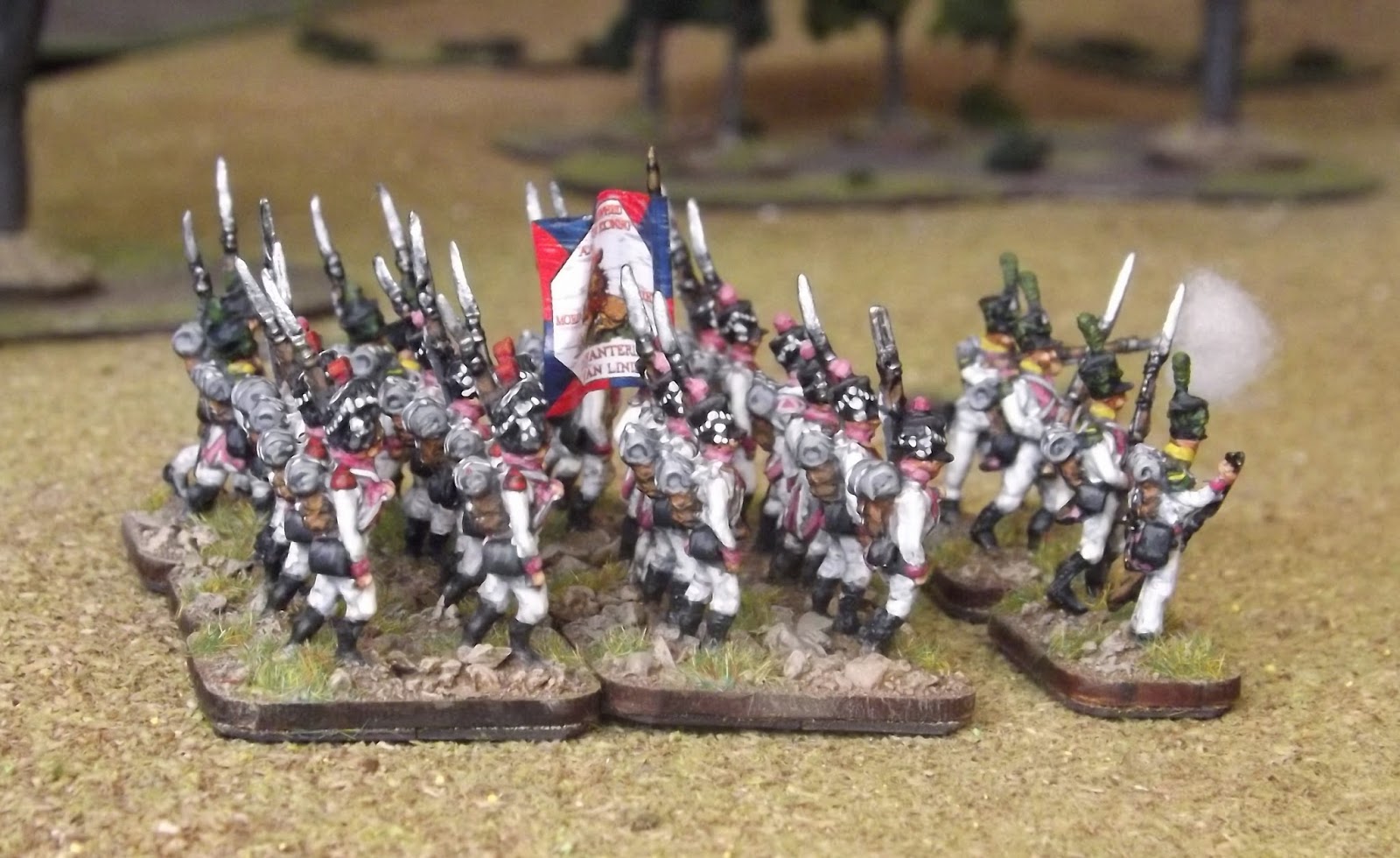 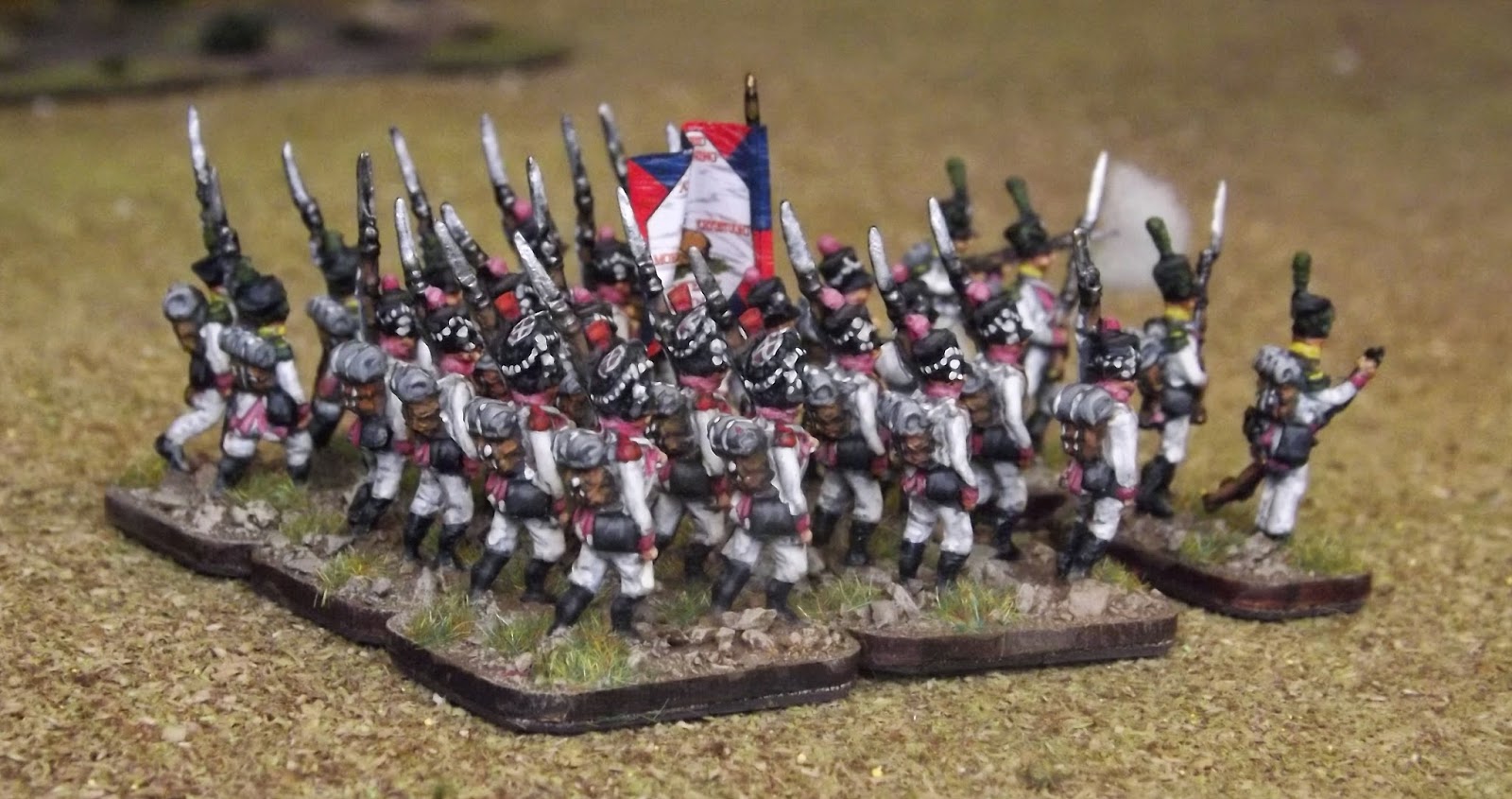 The Dutch brigade add a great splash of white to the German Division and together with the Nassau battalions in green help to offset all the blue.

I am awaiting the arrival of my Baden infantry, and so before embarking on them and the artillery units I will be amusing myself with a 28mm unit of Early Imperial Roman Legionaries which I will post up next.
Posted by carojon at 09:30