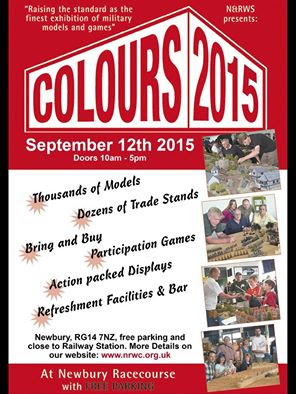 Today was spent with Tom enjoying a day out at the resurrected Colours 2015 hosted by the Newbury and Reading Wargames Club.

and the N&RWC are to be congratulated for bringing the show back at the great venue at Newbury racecourse which is so easy to get to with excellent parking.

I can see from two recent emails I received from Caliver Books and Plastic Soldier Company that this years arrangements for the show have not been without a few issues and as having been involved in organising a few shows with the DWG in the past I know how these problems can crop up. That said I hope the show will continue to be a regular date in the calendar and wish the organisers well going forward.

We met up with friends from the DWG and I sampled opinion from the guys after our morning checking out the three floors of the grandstand, I think we all found the ground floor very crowded and busy early on and felt that perhaps some of the traders could have been located on the other floors to help relieve the crush early on. The middle floor seemed emptier than I remembered it from previous shows where more games could be seen and I certainly missed seeing the scale modellers and their great model vehicles and aircraft to admire. I did enjoy the display of airbrush painting that was going on when we got up there with a new range of airbrush paints as well.

I didn't buy much this year an contented myself with getting some Foundry Roman casualties to be used with the Dacian war collection and an Osprey "British Napoleonic Infantry Tactics" from Paul Meekins Books. 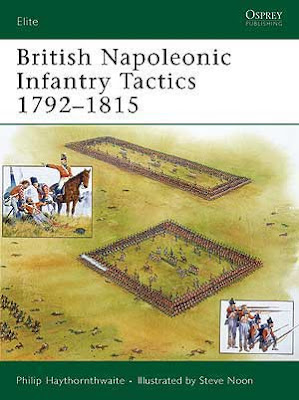 I also had an interesting chat with the guys at Empress Figures who had their range of Xan 18mm figures on offer at the show. I was hoping to see the new range of figures illustrated from Xan on TMP with cavalry and rifles figures shown. Sadly, I know Xan has had a lot of issues preventing him from getting the Napoleonics further forward and as a user of his British infantry ranges look forward to seeing more figures coming out as he is a very talented sculptor and I am looking forward to showcasing more of his work in future as part of my own collection.

So as always I like to get some pictures and highlight the games that caught my eye walking round today so on with the "eye candy".

So first up is three pictures taken of the Skirmish Wargames Group's "The Battle of Newbury September 20th 1643" modelling the northern flank of the battle in 54mm. 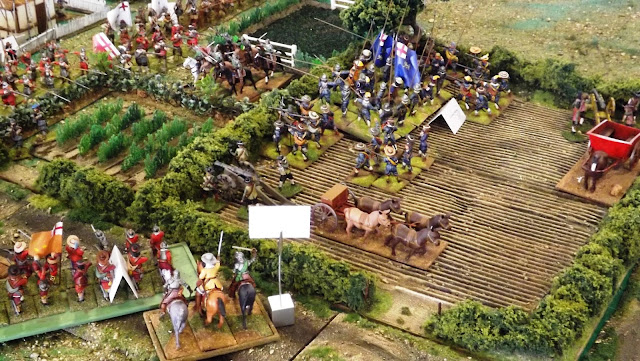 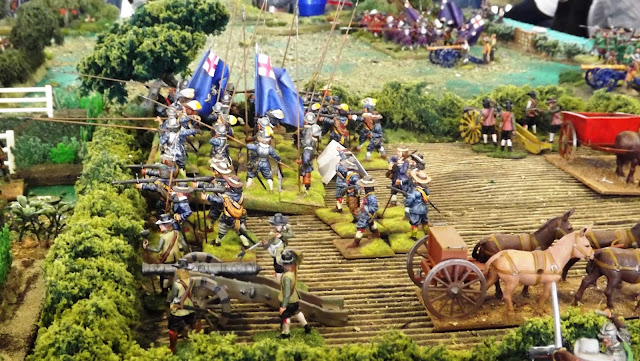 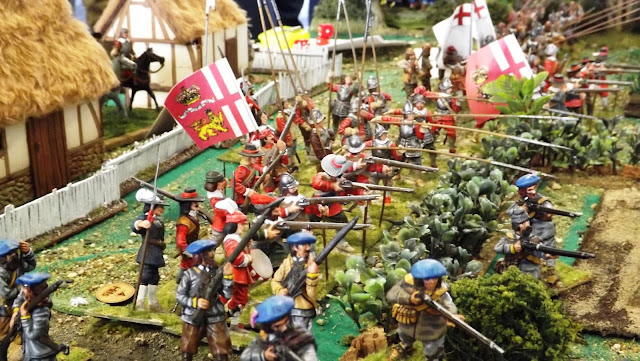 Then I couldn't not take some time to look at "Heliopolis 1800", 28mm French Republican army vs Ottomans by Keith Deeprose. It is really nice to see an Ottoman army on the table with masses of cavalry and French troops in square fending of their fanatical charges. 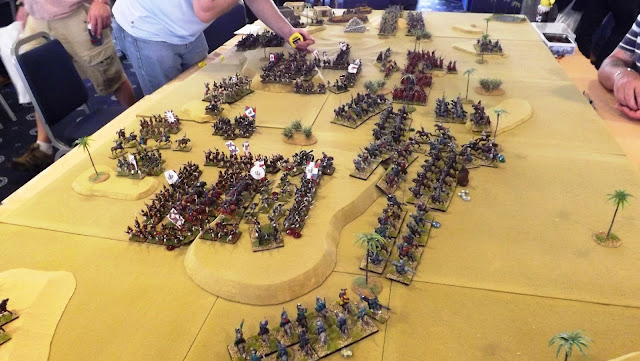 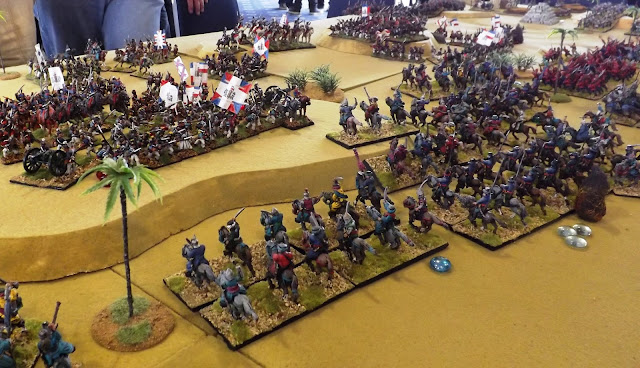 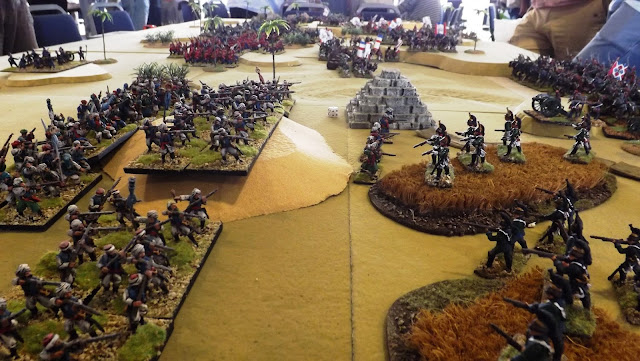 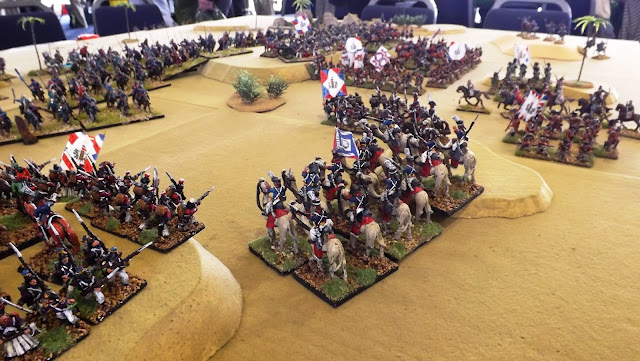 I think the next game is pretty obviously eye catching. The Battle of the Lisaine, a Franco Prussian War set up with a stunning piece of terrain modelling. The smaller scales don't really do it for me but I was very impressed with the look of this game never the less. 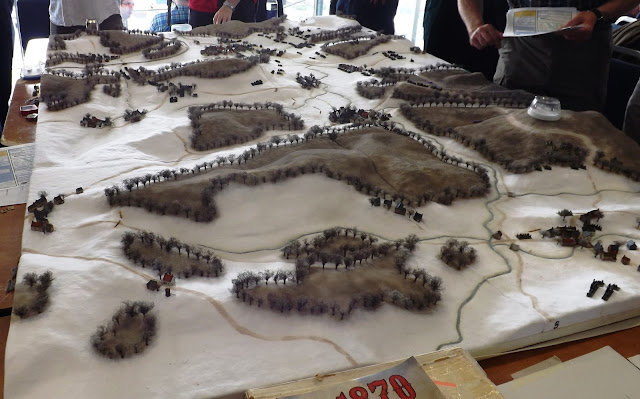 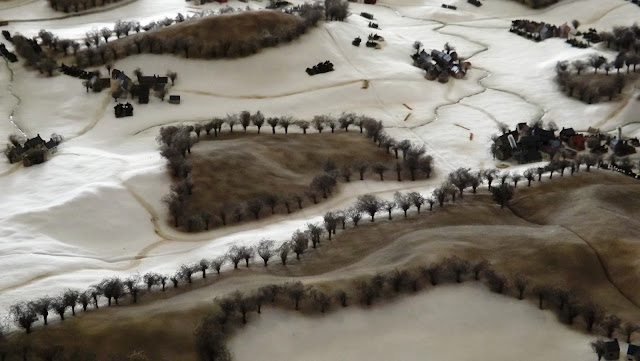 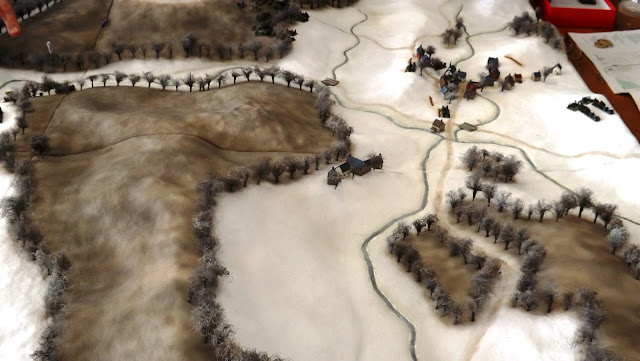 I actually took more than one picture of the next game, but the crowd of players deeply involved in this participation WWI trenches game with a difference, caused me to get a lot of blurred action shots so I really only have the panorama shot below.

"Stretcher Bearer" by the Crawley Wargames Club  had teams of stretcher bearers racing with each other to cross the rear areas from the forward trenches to the aid post pictured at the back of the table. The teams had to avoid various obstacles including the pilot of the German recce plane downed in the centre, determined to take pot shots at them with his pistol as they passed by. 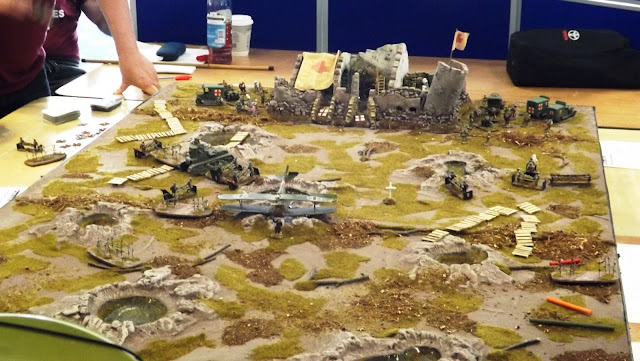 And finally, the Society of Ancients were on hand with their rendition of Zama - Hannibal's Last Stand in 28mm which was using a squared up mat to control the action and featured some very nicely painted figures to illustrate the forces involved. 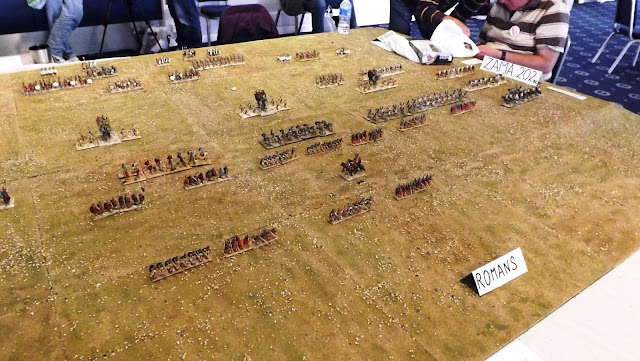 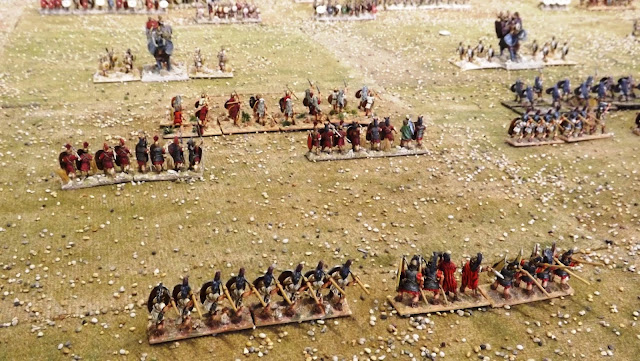 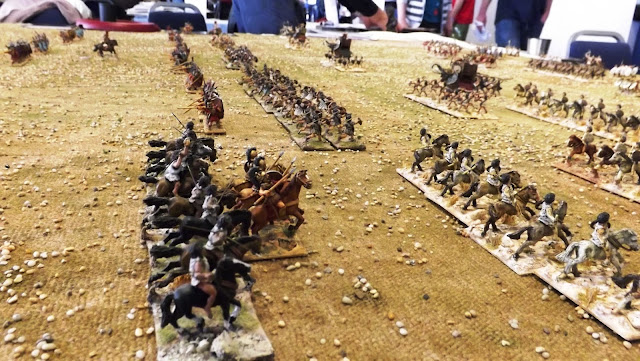 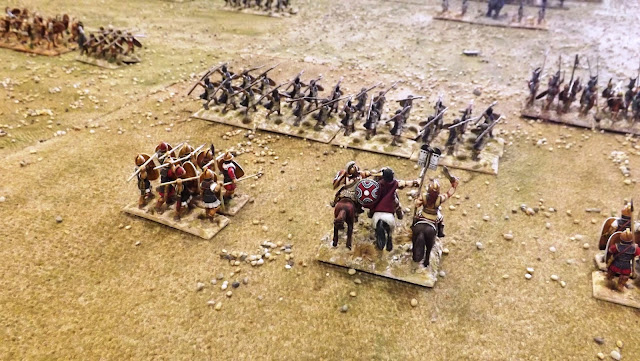 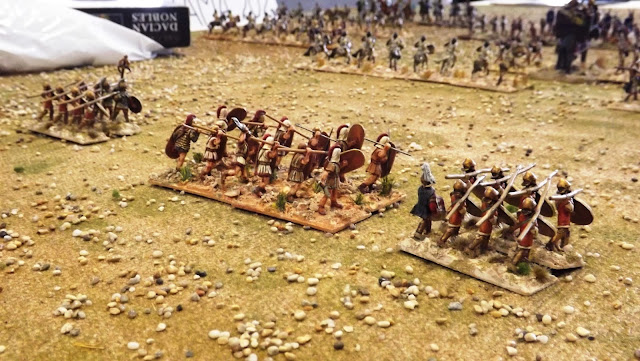 A very nice day out in Newbury and I do hope Colours is back to stay and here's looking forward to 2016.
Posted by carojon at 14:52