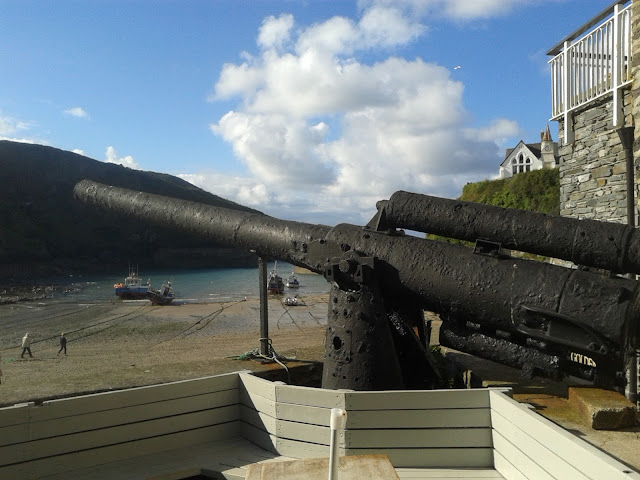 Last week Carolyn and I called into Port Isaac in Cornwall to wonder around the pretty little fishing harbour and take in the parts of the little village that feature in the popular British TV comedy "Doc Martin" which has just started a new series. 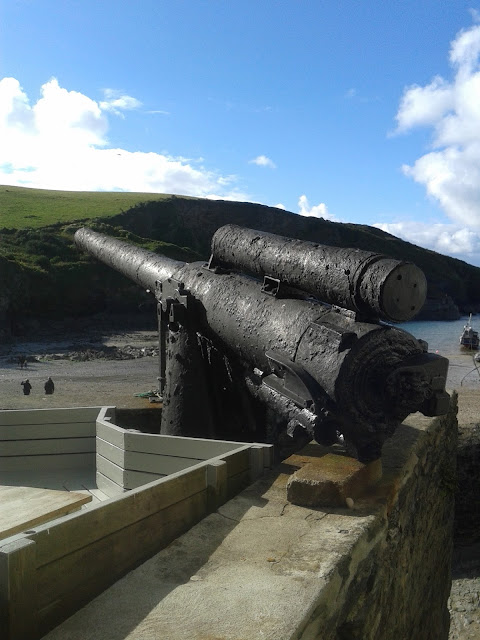 It would appear that, from my digging around on the net, there is a story behind the provenance of this gun, which was a stern mounted weapon salvaged from the British collier "Milly" sunk of Tintagel Head by a German U boat in September 1918 on its voyage from France to South Wales. The ship sank in 46 metres of water and although a passing ship rescued the majority of the crew, two of them sadly died in the attack. I am not an expert but would think the gun is about four inch and would have certainly provided defence against a U boat on the surface.

I think the gun makes a fitting memorial to the men killed at sea in both world wars and would benefit from an appropriate plaque.
Posted by carojon at 23:16