The 94e Regiment de Ligne can trace its heritage back to January 1st 1709 when the Regiment Royal Baverie was raised for the War of Spanish Succession by the Comte de Baviere, son of the Elector of Bavaria and was the last regiment raised during the reign of Louis XIV of France.

The regiment consisted of two battalions and saw service during the War of Polish Succession 1733-1738 serving in the Rhineland and Italy, the War of Austrian Succession 1740-1748 taking part in the defence of Prague after its capture in 1742.

In 1760 the regiment raised a third battalion and was in action against an Anglo-Hanoverian force under Ferdinand the Prince of Brunswick at Emsdorf where it lost 300 men and its Colonel, Count von Helffenberg killed by a cannon shot, with the regiment managing to retire whilst narrowly avoiding encirclement.

On April 15th 1780 the regiment came under the command of Louis IX, Landgrave of Hesse Darmstadt and changed its name to the Regiment Royal Hesse Darmstadt. It would see service during the American War of Independence as part of the French expeditionary forces. 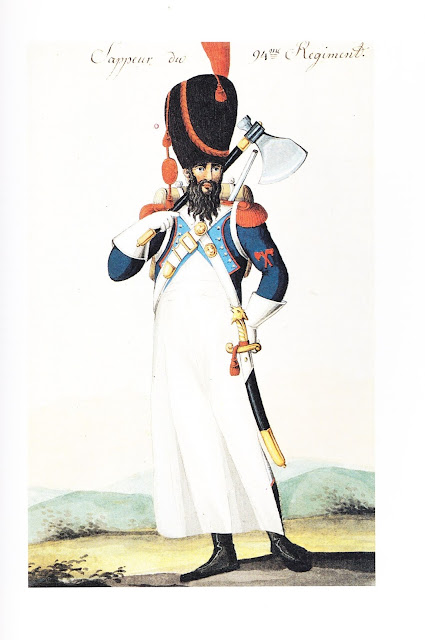 In 1791, with the incorporation of the foreign regiments into the French army, the regiment was retitled the 94e Regiment d'Infanterie, later becoming the 94e demi-brigade de bataille in 1794 as the French restructured their forces to fight the Revolutionary War. 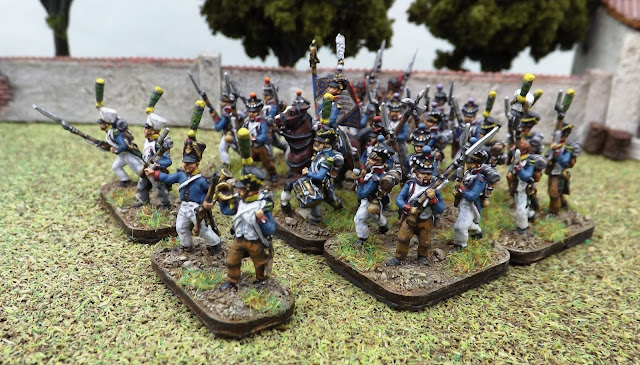 In 1794 the 94e demi-brigade de bataille consisted of the following units: 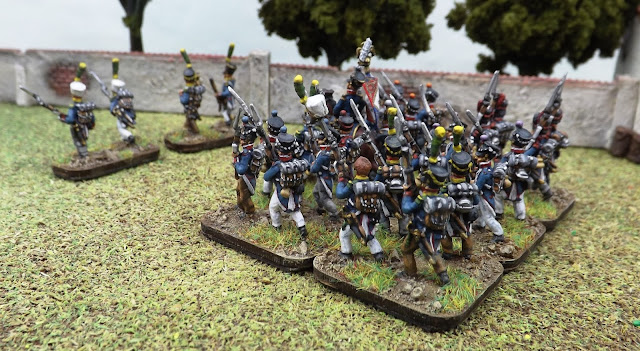 In 1796 the composition of the 94e demi-brigade changed again: 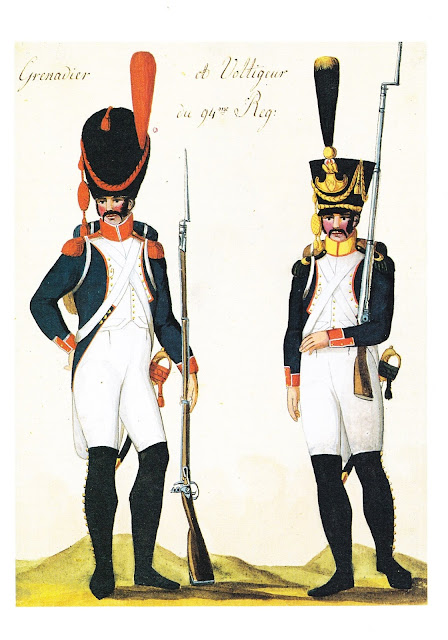 In 1803, and the accession of Napoleon, the regiment was retitled the 94e Reiment d'Infanterie de Ligne under Colonel Jean-Nicolas Razout. With Colonel Razout's promotion to General de Brigade in 1807, the regiment came under the command of Colonel Jean-Antoine-Francois Combelle who would lead the 94e Ligne through to 1813.

By the time Colonel Combelle led the 94e Ligne into Spain the regiment had added Austerlitz, Jena and Freidland to its laurels  and was a veteran unit in the truest sense of the word. 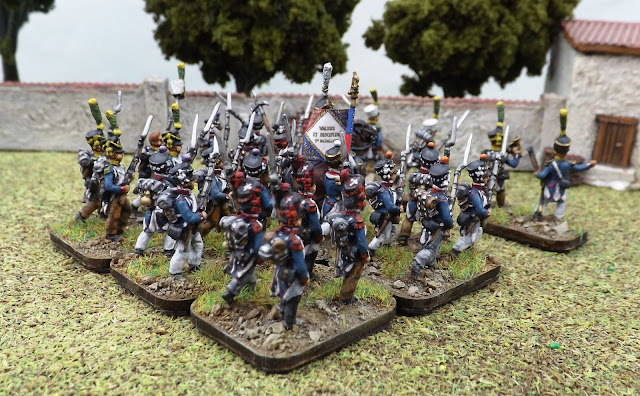 Depictions of the 94e Ligne are limited and so I have based the look of my regiment on the Otto manuscript illustrations seen above showing the sappeur and soldiers of the elite companies as they looked in 1807 in Hamburg. The grenadier is pictured wearing the bearskin with red rather that white chords and the voltigeur with yellow rather than green chords. 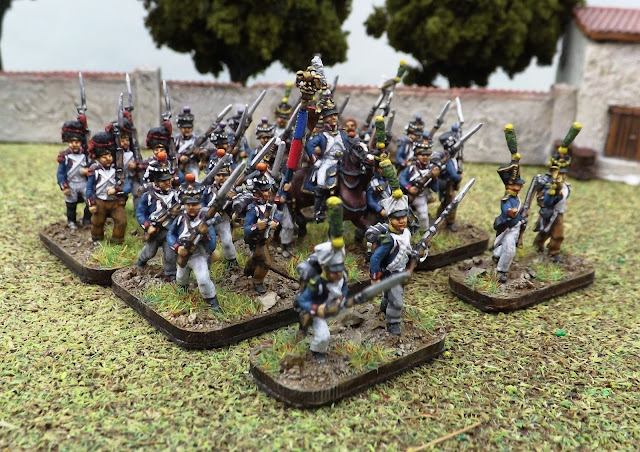