This coming weekend I have had to come up with a game at short notice for our monthly meeting at the Devon Wargames Group and after really enjoying getting out the WWII collection and revisiting IABSM v3 last month fighting the Arnhem themed Baskeyfield VC scenario.

This month I decided to have a bit more armour out on the table and not having used my Churchill tanks from the 6th Guards Tank Brigade, settled on a scenario from "Cymru Am Byth", translated as "Wales Forever", scenario book by Richard Clarke covering the wartime exploits of the Welsh Guards with sixteen scenarios and a mini campaign. 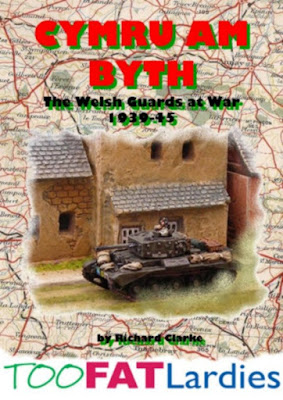 After Normandy, the Guards Armoured Division split up into battle groups of infantry and tanks from the different Guard regiments and my Dad, with the 55th Field Regiment RA, spent most of his time attached to the Welsh battle group, so I have an interest in the exploits of the Taffs.

So the scenario selected was "Let's Get at the Bastards", Scenario Twelve from the book

To set the scene for the weekend game, I thought it might be interesting to summarise events prior to our little battle. The map below shows the front line in Normandy on the July 25th 1944 with American forces established on a line from Lessoy to St Lo and ready to take advantage of the German positions which, due to their perceived threat of an Allied breakthrough around Caen, saw 80% of German armour positioned on the Anglo/Canadian front close to that city.

Operation Cobra, the US offensive, when it came, was the longed for break through and saw the town of Avranches and the route into Brittany and central France firmly in American control by the July 31st, heralding the beginning of the end for German forces in France. 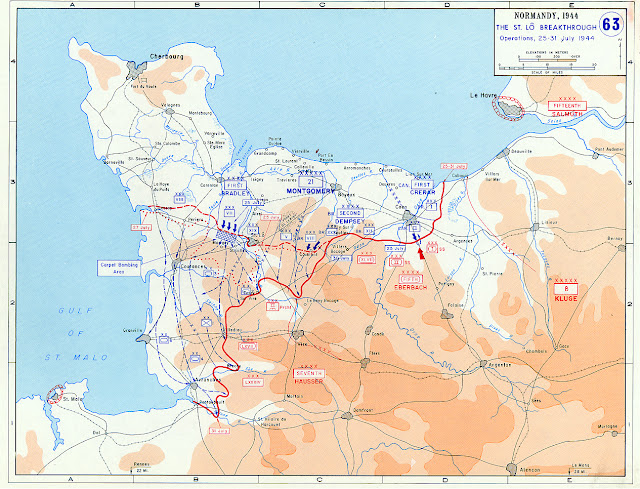 To help pin down any attempts by the Germans to move troops to their western flank the British launched a complimentary offensive on the 30th of July, Operation Bluecoat, designed to take control of the vital road junction at Vire and the high ground of Mount Pincon, with both objectives falling to allied troops on August 6th.

In their desperation to restore their line and halt the rapid progress of the Americans, German commanders launched Operation Luttich, the Mortain counter-offensive the next day, looking to break through to the western coast and cut off American spearhead units. With ULTRA warning American commanders of the planned attack and with few German armoured reserves left or, for that matter, in any fit state to launch an offensive, the counter-attack was over by August 13th with barely any effect on the Americans progress.

Thus the scene was set for the launching of the British offensive, Operation Grouse designed to precipitate a collapse of those German forces still contesting the allied advance and which would see the British 3rd Infantry Division and Guards Armoured Division, drive in the 'full of fight' remnants of 9th SS Hohenstauffen Division, as pressure was brought to bear on the rapidly collapsing German front line. 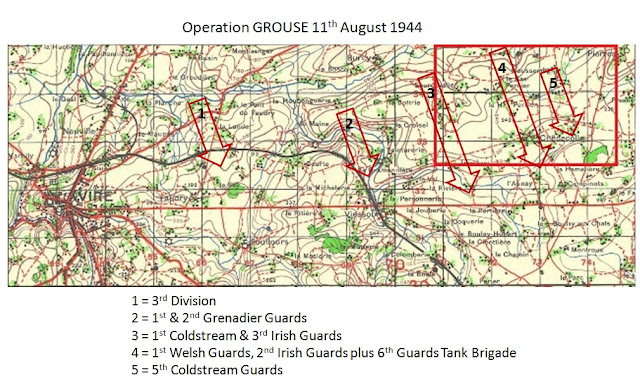 One of these attacks led to the fight for control of the little cluster of farm buildings on top of hill 242 overlooking Chenedolle at Le Haut Perrier and is the subject of the chosen scenario. 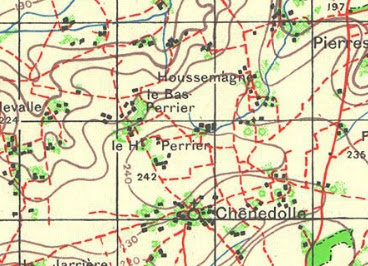 What makes this scenario have added appeal is the inclusion of three troops of 3rd Scots Guards Churchill tanks that supported the 3rd Company 1st Welsh Guards on the day of the attack. A unit I built a few years ago with this game in mind, but that have never been on the table in anger.

So the "battle-box" is all loaded up with the impedimenta of tabletop warfare  and as you can see the forces are mustered. In addition I have pulled together revised IABSM V3 scenario briefings with the updated force stats all put on one sheet for the respective sides to refer to.

I am really looking forward to seeing these "bad-boys" on the table, although they will be facing a stern test that will see how thick the armour is on a Churchill Infantry Tank

As I said, a stern test awaits the Guards.

So if you are keen to see how this one plays out, I will of course be posting a game report on the Devon Wargames Group Blog, and looking to try out something new that I saw on another site, namely using the Aviary app on the IPad as an alternative to blinds.
Posted by carojon at 07:52