Tom took time out from his far east travels to pop home in July for a few weeks before returning to his journey back to the Antipodes.

It was important to make sure that he made the most of the time back here in 'Blighty' and so he got stuck into another unit of Auxiliary Infantry and a well known Roman commander from down under. 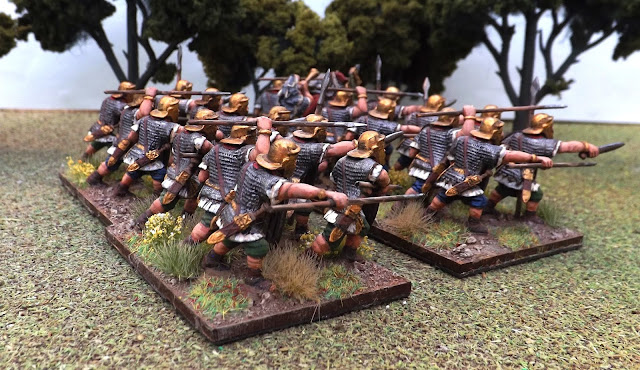 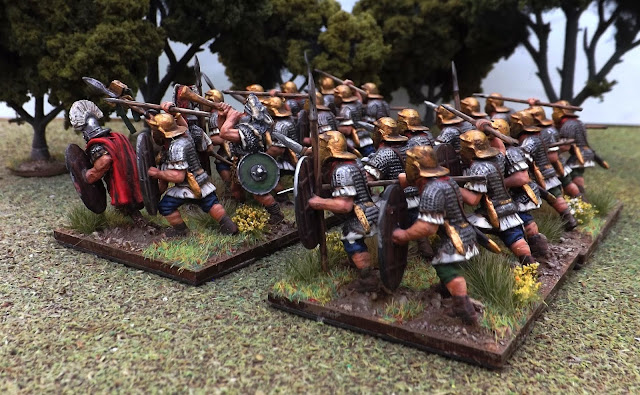 The addition of this cohort brings the Roman force up to four of each of Legionaries and Auxiliaries and form the core of the next collection to feature here on JJ's, namely the Dacian Wars, set to really get going once the Talavera project is completed. 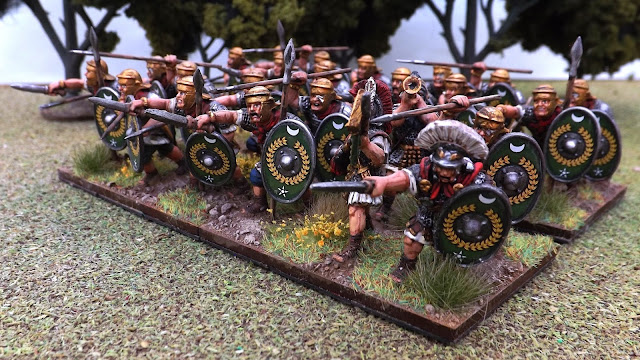 This initial stage of putting the collection together is all about getting the right figures, rules and basing sorted out.

I am pretty sure that 'Augustus to Aurelian' will be the preferred rule set and the Warlord figures range are the main parts of the collection, although Warlord's erratic figure scaling will need to be sorted out and the new range of Victrix EIR's look likely to be part of the sortinh out of the project going forward.

This particular cohort allowed the introduction of the new basing which uses the 20mm frontage from Hail Caesar but moves to a six figure base with a 45mm depth for a more pleasing look on the eye. This will also keep the bases down per unit so that when we do the Dacian warbands we will only be moving six bases of six figures rather than ten bases of four.

The use of the 20mm frontage should allow my collection to face off against other Hail Caesar collections used by the guys in the Devon Wargames Group, just in case we decide to set up a mega ancients clash.

I added a bit of five o'clock shadow for that campaign look and finished off the dog and bases for all the figures. 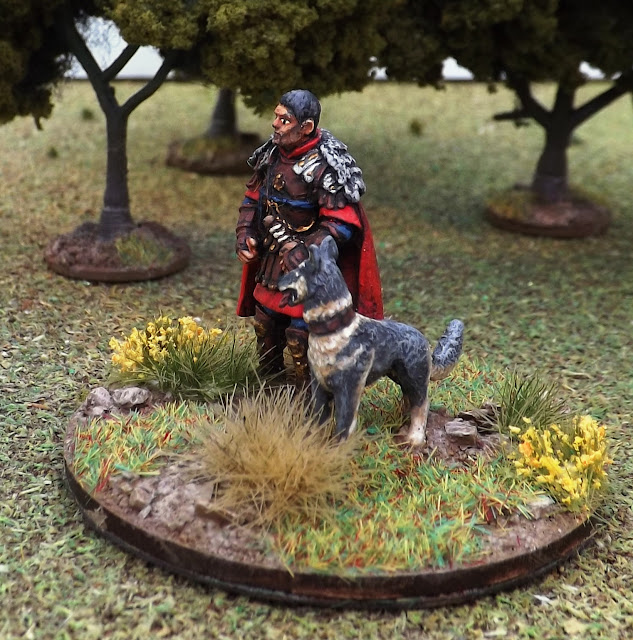 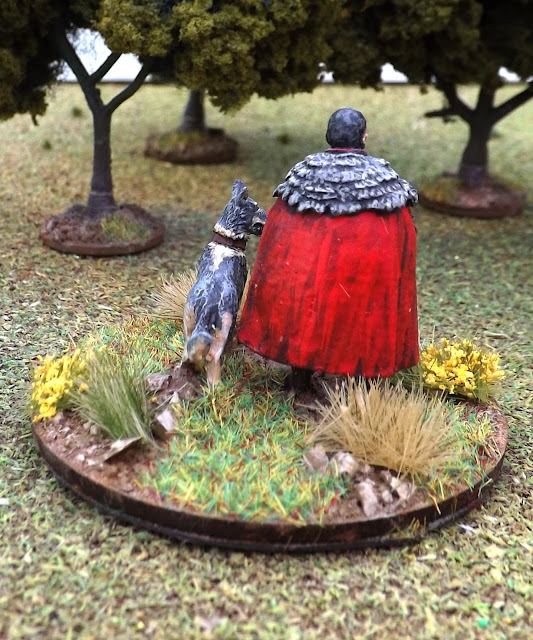 This particular figure demonstrates all the problems I associate with Warlord in that this speciality figure is so much smaller than the the others in their ancient range and the head is not quite in proportion to the body.

This is frustrating as I really like their auxiliaries and their barbarian troops which are noticeably larger and better proportioned. You would think that in these days of CAD designed plastics these irregularities would be a thing of the past.

I have thus turned to Wargames Foundary for other suitable command figures and can only suggest that if you are thinking of using this figure in your own collection, check the compatibility with the figures you are using as this chap is too small against the Warlord ranges other than their Legionaries which are also on the small size.

Next up, Regimental Museums in Winchester from our new mystery correspondent and some 28mm FIW American Militia, just to add some variety before plunging into some Spanish Cavalry.
Posted by carojon at 08:30