It doesn't seem that long ago that I was celebrating the 100th post to the blog, presenting my effort at recreating one of the many bell towers that were a feature of the Oporto river crossing.

This post marks a bit of a landmark as the 500th to the blog and it is the Spanish Pavia Dragoons that grab the honour. Thank you to everyone who has joined me on this e-journal of my gaming and other historical, be they military or natural, activities. Here's looking forward to 1000th posting. It will be fun looking back to see where things have progressed to.

So on with the blog and specifically the Pavia Dragoons.

In 1803 under the Godoy reforms the corps of dragoons were disbanded and the regiments converted into hussars and mounted chasseurs, but in 1805 Prime Minister Godoy realised the folly of this decision and reestablished the eight regiments, instructed to wear yellow coated uniform with red turnbacks, with regimental colours displayed on the collars, cuffs and cuff-flaps.

This change took time to complete and several illustrations like the one below and the Suhr Brothers illustrations of the Villaviciosa Regiment in Hamburg in 1808 depict regiments still wearing the 1803 uniforms three or four years later.

However other references shown below have them at a strength of three to four squadrons attached to the Army of the Centre in and around Madrid as they fell back before the French offensive in the November of 1808. Ah the joys of researching the Spanish!

In June 1808 following the Spanish insurrection, Oman lists in detail the forces on hand with a list of the available cavalry regiments and their strengths: Note the dragoons are still listed as Cazadore's. 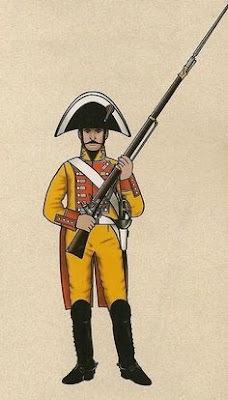 By the October of 1808 the Pavia are listed as part of the Army of Castile under General Pignatelli which formed part of General Castanos' Army of the Centre joining forces at the end of that month. 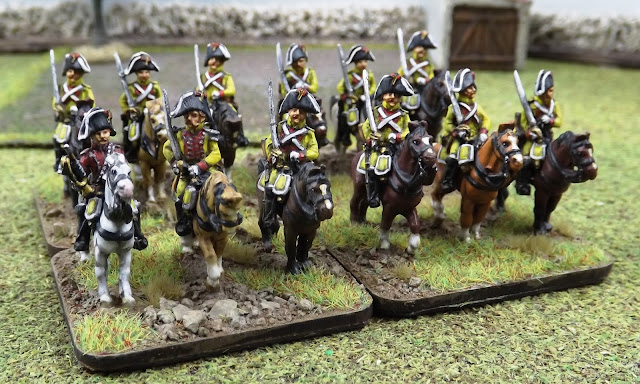 In January of 1809 the regiment is shown as part of the Army of the Centre now, following the dismissal of General Castanos, under the command of the Duke of Infantado and based around Cuenca threatening the eastern approaches to Madrid

At some stage that I have been unable to determine exactly when it happened, several cavalry regiments were, including the Pavia Dragoons, detached from the old Army of the Centre to join the newly formed Army of Estremadura. 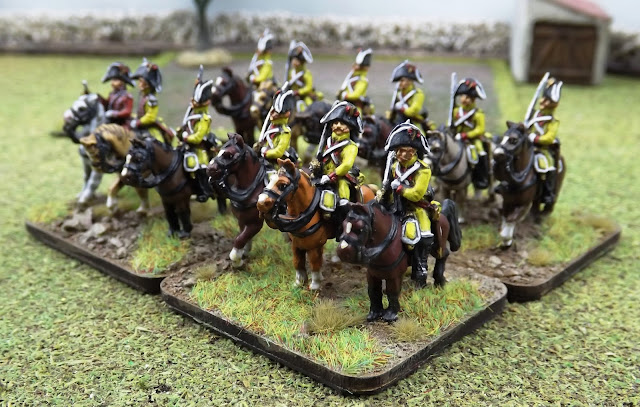 The Pavia are not listed with Cuesta's Army that was defeated at the Battle of Medellin on the 24th of March and, as Andrew Field mentions four regular dismounted cavalry regiments being sent to the area around Badajoz to gather remounts, I assume the Pavia Dragoons were part of that group.

As well as tracing the movements of this regiment, another challenge for the prospective modeler is getting a reliable reference on the look of the regimental musicians. The only dragoon trumpeter illustration I have been able to track down is the one below of the Reina regiment. 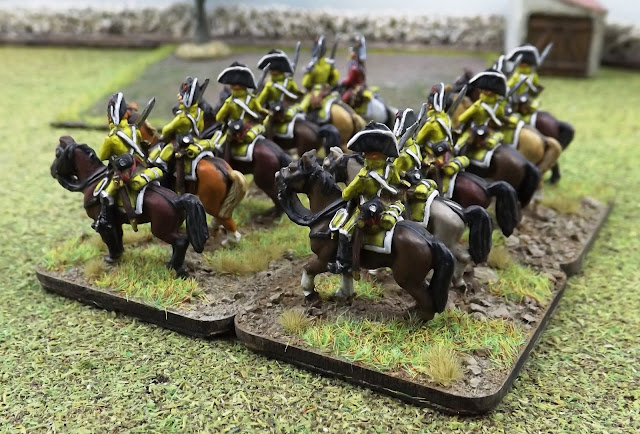 Nafziger describes the Reina regimental facings as 'Carnation' (light red) whilst the Pavia are described as  'Carnation' (red). Interestingly Chartrand has the Pavia with yellow facings for collar, cuffs and cuff flaps, but I cannot find any other references that agree with that so I am sticking with Nafziger. 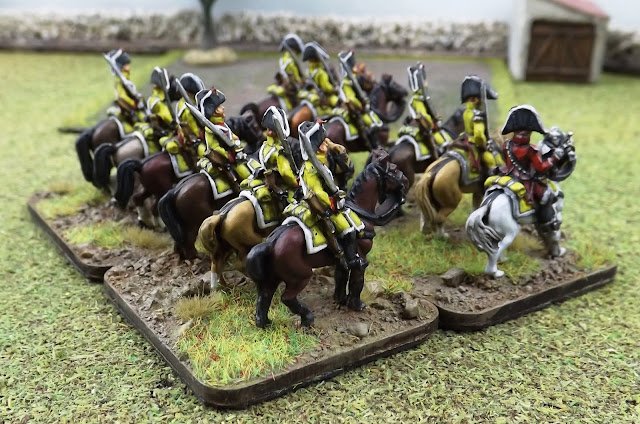 Thus my Pavia trumpeter sports a red outfit similar to the Reina illustration below and I am reserving artistic license when it comes to the Almanza Dragoons which both Nafziger and Chartrand agree on Sky Blue facings.

My Pavia Dragoon Regiment are composed of figures from AB supplied by Fighting 15s and are the fourth regiment completed as part of 2nd Cavalry Division. 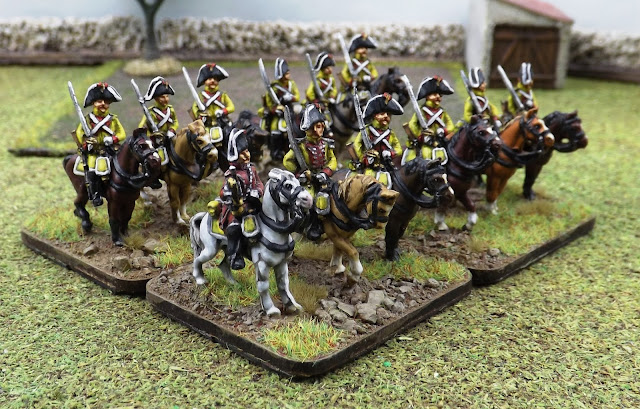 Next time we will look at the last of the two dragoon regiments, namely the Almanza Regiment, and we will get to see the division as a whole with General Albuquerque at its head, but before that we will have some more 28mm Dark Age Saxons from Tom and some Vikings from Steve M.