The 3rd Almanza Dragoons completes the final cavalry regiment in Lieutenant General Albuquerque's 2nd Spanish Cavalry Division that were positioned to cover the extreme left of the allied line at Talavera in the afternoon in the northern valley.

As mentioned in the previous post on the Pavia Dragoon Regiment, the Spanish dragoons had gone through a period of change between 1803 to 1805 when they were all converted into light cavalry dressed in the green uniform seen in the illustration below and then converted back into dragoon regiments in 1805 causing many units still being portrayed in their former dress several years after the reform and into the war with Imperial France following invasion in 1808.

Arguably the cream of Spanish forces were sent off to support French forces in Prussia in 1807 under General La Romana and the Almanza Regiment formed part of the light cavalry component of this elite corps.

The troops were later repatriated under the noses of French troops back to Spain in 1808 by the British Royal Navy.

In June 1808 following the Spanish insurrection, Oman lists in detail the forces on hand with a list of the available cavalry regiments and their strengths with the Almanza theoretically able to field 479 men at that time. 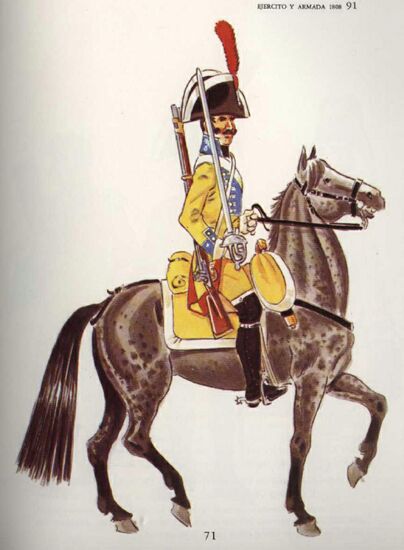 On their return from Denmark the Almanza headed south towards Badajoz to re-equip and join the forming Army of Estremadura under General Cuesta. 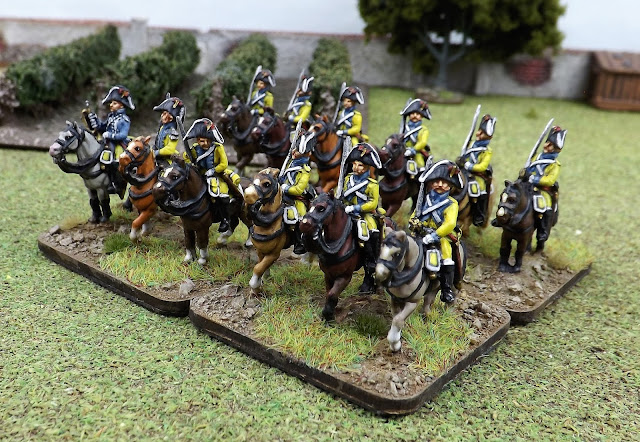 They arrived in time to be included in the force that met and were defeated by Victor's I Corps at Medellin in March. 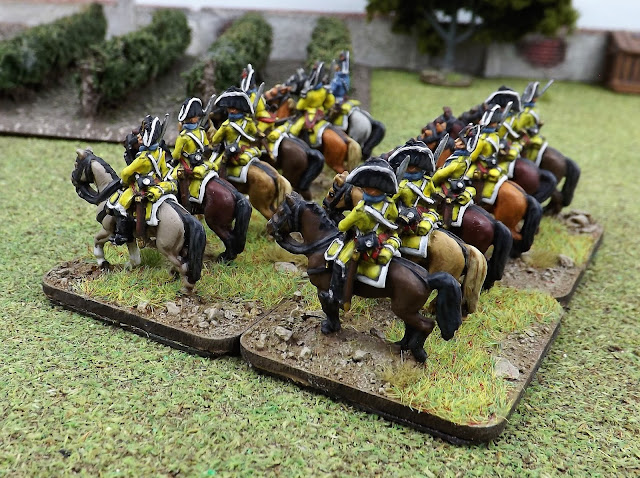 Source - Oman, A History of the Peninsular War 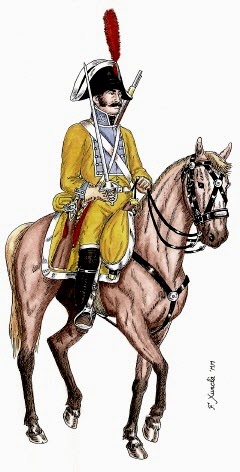 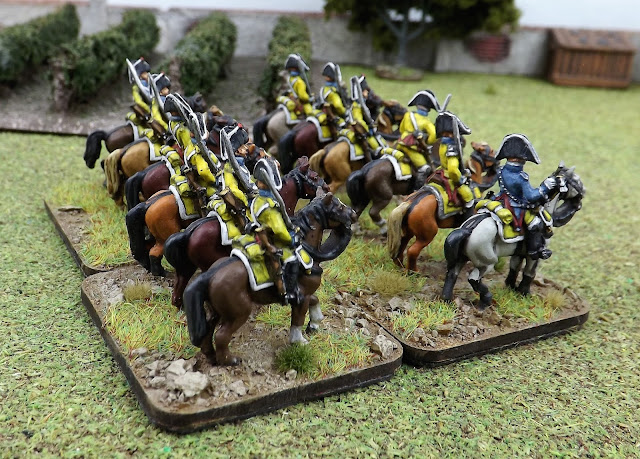 My Almanza Dragoon Regiment are composed of figures from AB supplied by Fighting 15s and are the fifth and final regiment completed as part of 2nd Cavalry Division. 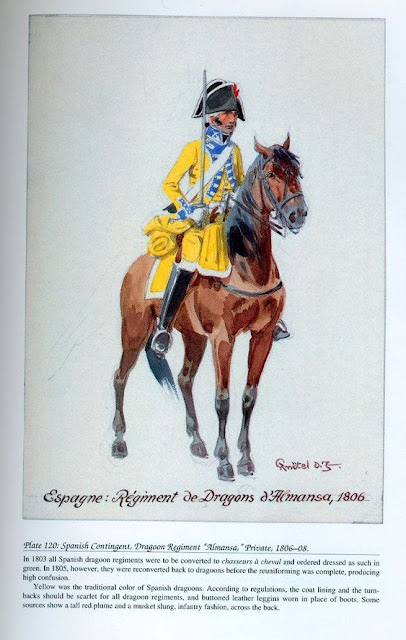 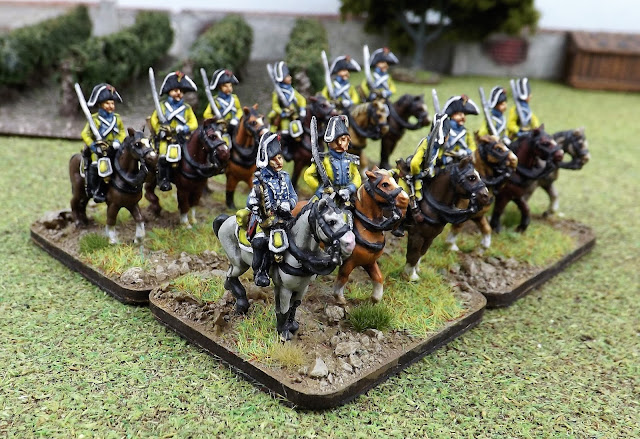 Next up a full parade of General Albuquerque and his 2nd Spanish Cavalry Division
Posted by carojon at 14:35