The  completion of the 1/1 Real Marina begins the end of the Talavera project as work starts on the final division to complete the orders of battle required to play the afternoon attack. Once these seven battalions are done it just leaves a team of Spanish horse guns and some personality figures to finish the project prior to playing the games.

The Spanish 5th Infantry Division was commanded by Major General Luis Alejandro Bassecourt, and was very much General Cuesta's reserve division with its four battalions of regular infantry and two battalions of marines.

As the French attacks paused after the repulse of the morning assault it soon became obvious to the British commanders atop the Cero de Medellin of French preparations for their next and final attack with divisions moving off the opposite Cerro de Cascajal to the north and south threatening the left and centre of the allied positions.

With this adjustment of enemy forces needing to be countered, Wellesley requested troops from Cuesta to be deployed in the northern valley and in response General Albuquerque's cavalry division and Bassecourt's infantry division moved into the valley to support the British cavalry divisions of Generals Anson and Fane.

The Infanteria de Marina (Marine Infantry) had an establishment of 12,000 men divided into six regiments of two battalions each having six companies. 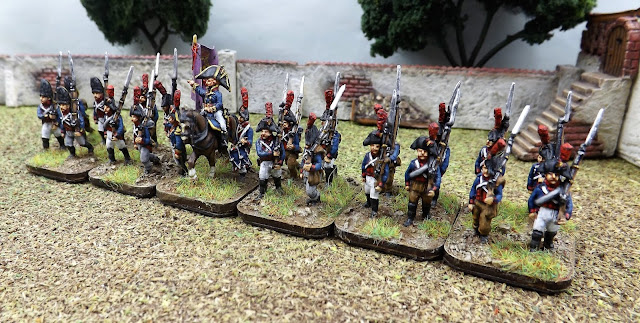 The Marine Infantry wore the same uniform as the line infantry differing only in the colour, blue instead of white.

Officers wore the uniform of the Spanish Royal Navy and when serving as land forces would occasionally wear a gilt gorget not worn when serving aboard ship. 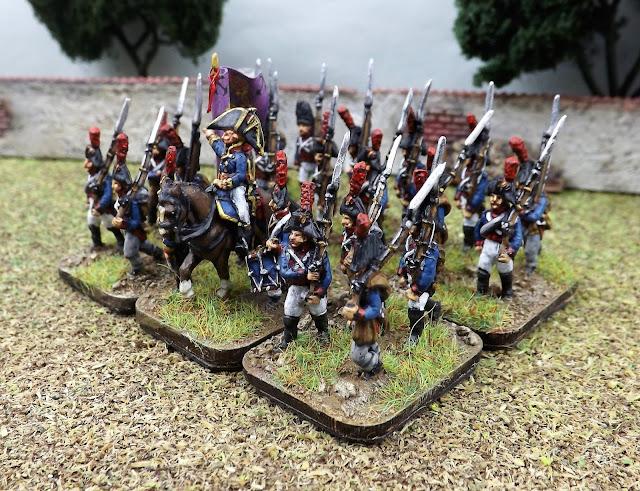 Unlike the line infantry, I can find no reference to the grenadier companies being detached into separate battalions and so have modelled my marines with their grenadier company resplendent in their Spanish style bearskins adorned with the red-flap at the back with gold tassel, lining and anchor. 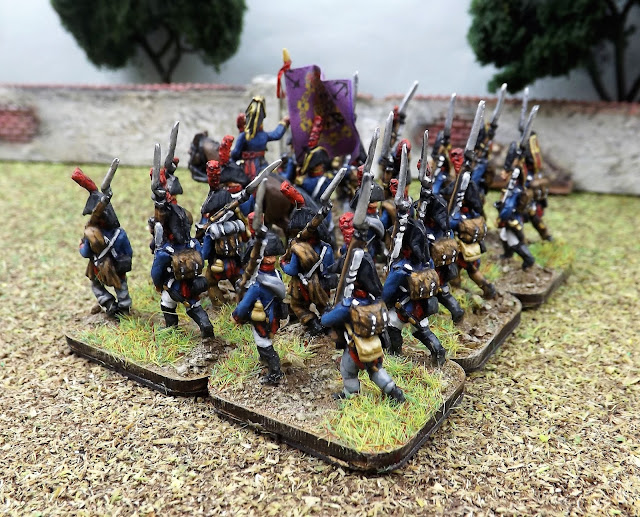 I must also extend my thanks to Tony aka MSFoy who hosts the blog Prometheus in Aspic who in building up his own collection of Spanish Napoleonic troops has developed a very nice range of regimental Spanish colours to adorn his own units and which he unselfishly offers to others. 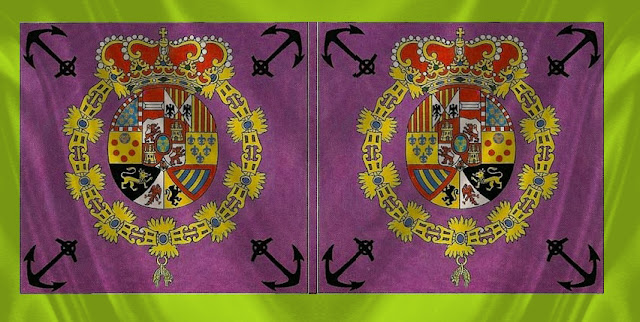 I adapted Tony's methods to rough up my own version of the Colours and he very kindly applied the texturing. 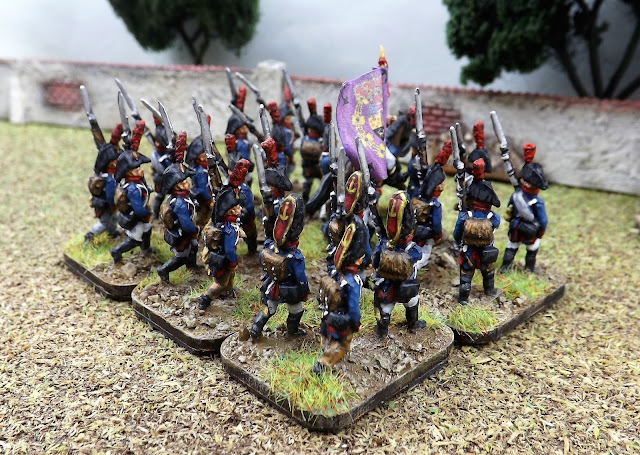 In the best traditions of Prometheus in Aspic I attach the first of these, the Coronella, for other enthusiasts to copy from here and size according to your preferred scale. 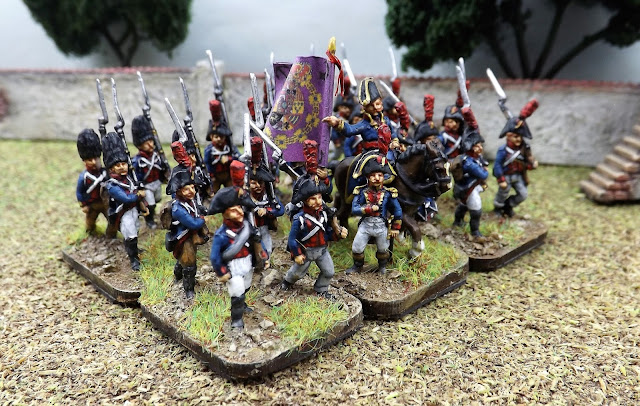 My 1/1 Real Marina are composed of figures from AB supplied by Fighting 15's.


Sources referred to in this post:
http://www.littlewars.se/spanish/index.html
The Armies of Spain and Portugal 1808-14 - G.F.Nafziger & M Gilbert
Spanish Army of the Napoleonic Wars (1) 1793-1808 - Rene Chartrand & Bill Younghusband