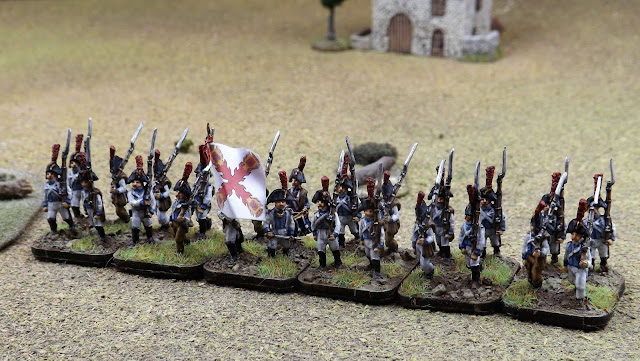 So the 3rd Battalion, Murcia Regiment completes the penultimate battalion in Bassecourt's Infantry Division and moves the project on to complete the Allied order of battle for Talavera in time for the first Talavera 208 game next month. 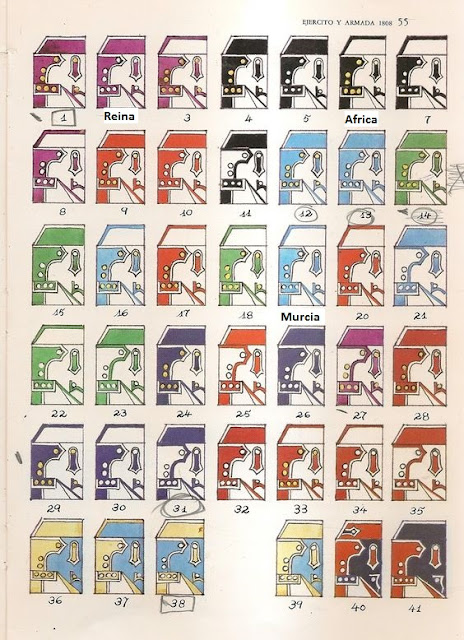 If you are interested in the background of the Murcia Regiment leading up to the Battle of Talavera then follow the link above to my post about the second battalion. 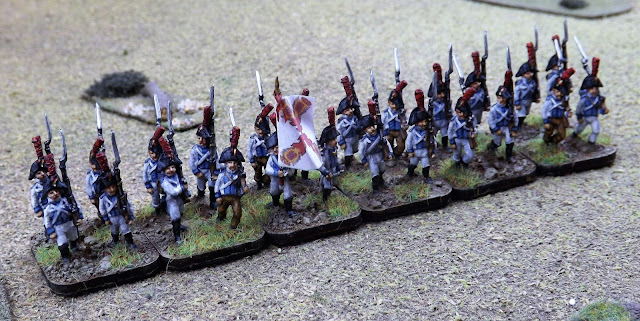 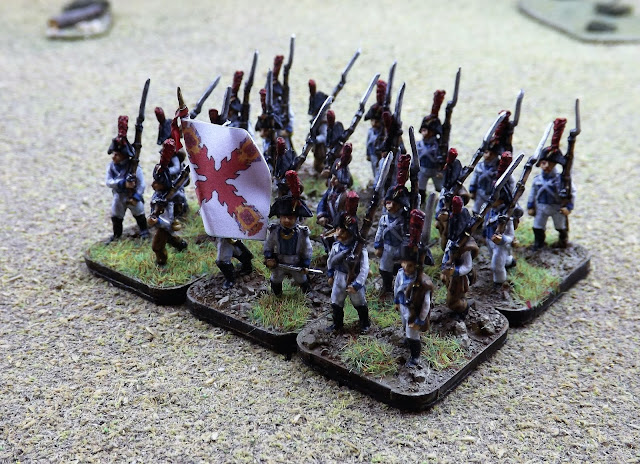 This has been the hardest unit to complete so far as Casa JJ is in quite a state of disorder at the moment as we  have some major building and decorating work going on at the moment that has meant by painting desk and equipment have had to be put in storage in another room and I have been forced to relocate temporarily to another table. 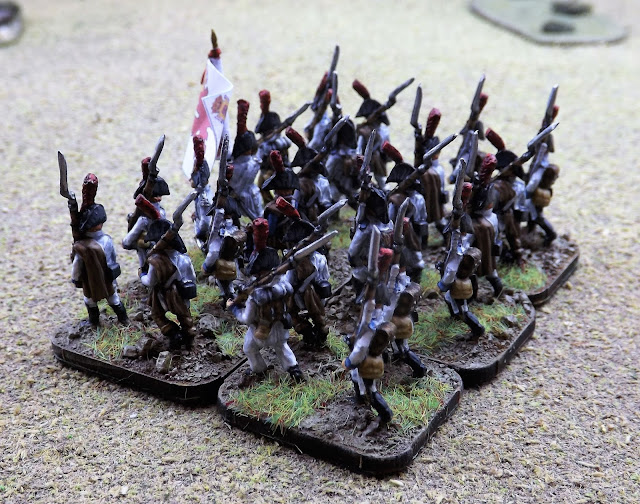 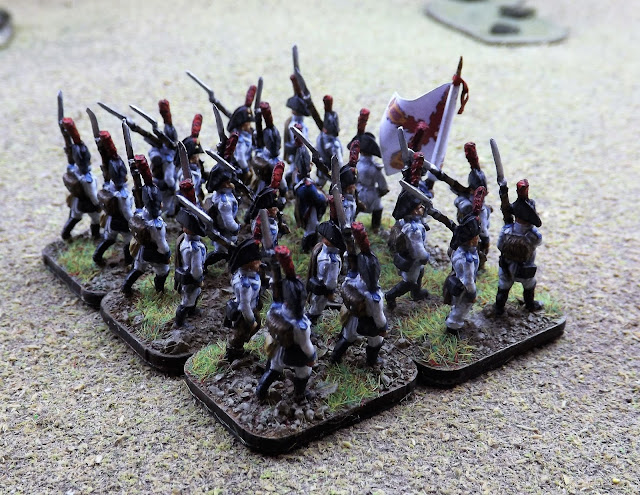 I had not realised how much my painting position means to me until now but the move from my usual spot has been a real 'eye opener' and really caused some getting used to as my seating and lighting arrangements are completely different and I have found it a bit of a struggle to get used to the new arrangement.

This has meant the painting process has not been as enjoyable as usual and I am looking forward to getting my desk set up in the normal place with everything back as it was and I can then just reach out and pick up a certain colour or tube of glue without really thinking about it. 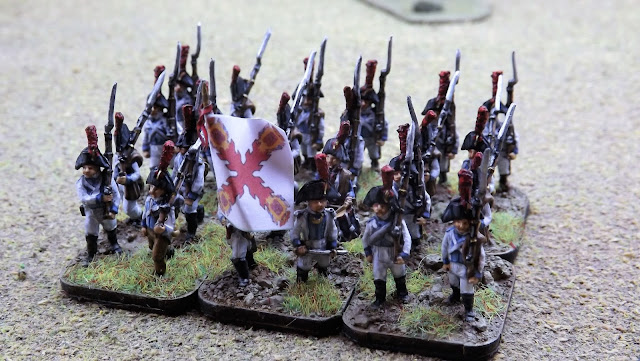 Not only has my painting routine been disrupted but as you will see the pictures of the new unit had to be done on the Talavera table as my normal photography set up had to be abandoned this month due to my relocation, but I hope they give you a feel form new Spanish battalion and the look of the regiment as a whole and how it will look on the battlefield next month.

Last week was spent in Murcia as Carolyn, the boys and I grabbed some much need time away in Spain enjoying the freedom from building work and delighting in eating out.

The time also gave me an opportunity to review the Talavera project and 'sense check' progress to putting on the first game with a slight adjustment needed to the order of battle and a review of the skirmish capabilities of the various infantry battalions to allow for the new functions added to Carnage & Glory since we last played. 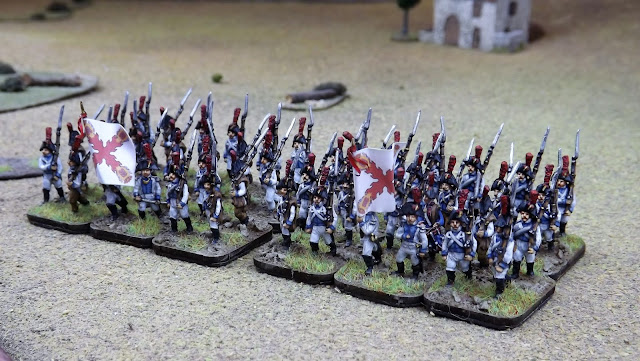 With just one Spanish infantry battalion and a few supernumeraries including some Spanish horse gunners and Generals Bassecourt and Cuesta to complete I am really looking forward to playing the game and seeing the armies out on the table in all their splendour, so to speak. 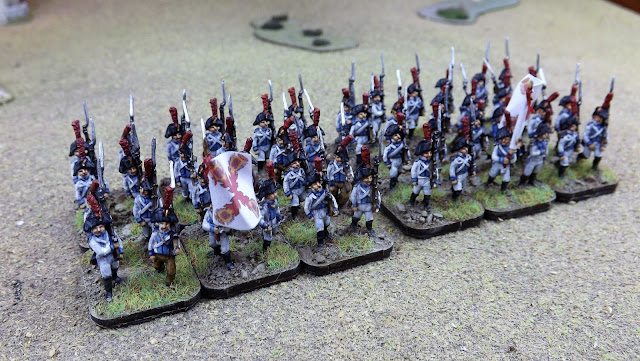 My 3rd Battalion, Murcia Regiment is composed of figures from the AB range of figures supplied by Fighting 15's and their Sencilla is the one I created for the regiment and can be downloaded as an image from my post about the second battalion.

Still lots to come this month before the big game with trips and games planned at Legionary in Exeter, Partizan in Newark and a trip to Wargames Foundry to look forward to, not to mention a big 28mm Punic Wars game for our Summer trip to North Devon next month.

So onwards and upwards and the Provincial de Siguenza Militia battalion to come plus a divisional parade for Bassecourt's boys before putting them under fire in June.