I have toured quite a few battlefields in my time but it is quite a different experience when you are following in the footsteps of your father who did the real thing seventy-three years previously. Whilst being very familiar with the route, the plan and the many photos taken at the time, I of course have Dad's voice relating his own experiences echoing in my mind whilst travelling this former battlefield.

This trip was even more personal as, in the company of Carolyn, Tom and Will, we would not only follow the route taken by the Guards on the first day of Market Garden but aim to get a 'Then and Now' picture on the spot where Dad and his tank were pictured on the 18th September 1944 in Eindhoven amid cheering Dutch folk getting ready to party

Following our visit to CWG Leopoldsburg and paying our respects to the grave of Dad's CO, Captain Good;

we headed off up the road towards Hechtel, the Belgian town that was liberated by the Guards after a seven day battle with Falschirmjager (FJ) Regiment 20, together with a Luftwaffe training battalion and Panzerjager Battalion 559 equipped with Jagdpathers.

The bitter fighting to liberate Hechtel in the week preceding Market Garden cost the British forces 623 casualties. The German forces are reported to have lost 150 killed, 220 wounded and made prisoners and 500 unwounded prisoners. During the battle 35 Belgian civilians were murdered by German troops.

It was during this battle for Hechtel that on the evening of the 10th September the Irish Guards Group moved cross-country between Leopoldsburg and Hechtel  and, in a daring attack, stormed and captured the canal bridge at De Groote Barrier on the Maas-Schelde Canal, later called Joe's Bridge after Lieutenant Colonel J.O.E Vandeleur, the CO of the Irish Guards battlegroup.

It was also on this day that General Montgomery had his plan for Operation Market Garden confirmed. 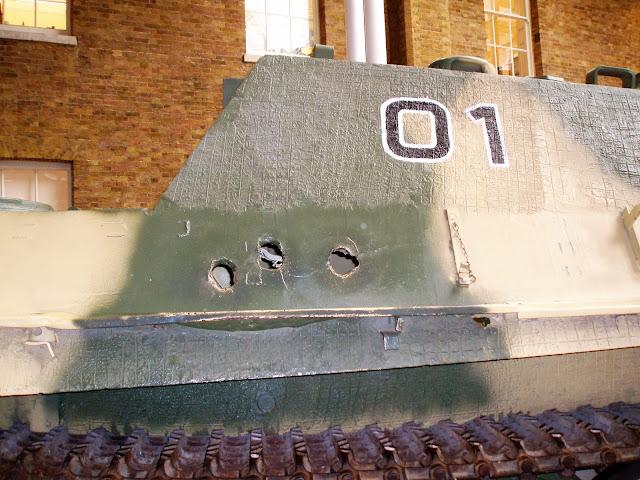 From Hechtel we headed further on to Neerpelt and the nearby Scheldt-Meuse canal to search out the start-point for the Guards Armoured attack along what would later become known as 'Hell's Highway' via the bridge captured by the Irish Guards during the battle for Hechtel and christened Joe's Bridge after Irish Guards Colonel John Ormsby Evelyn Vandeleur, known to all as "Joe".

The map below is from Richard Clarke's Highway to Hell mini-scenario for IABSM rules featured in the Lardies Summer Special 2013 and using a period map shows the road running up to Valkenswaard from Joe's Bridge with the positions of the forward German units holding the canal front at the start of the attack.

Incredibly and against German standing orders the road was the dividing line between the forward FJ Regiment 6 and Battalion Richter which would enable the Guards to get a good start up the road before encountering Battalion Kerutt.


The Guards Armoured Division jumped off at 14;35 behind a rolling barrage from 300 guns and close air support from 100 Typhoons, so vividly captured in the film "A Bridge Too Far"

At 14:00 sharp, the massed artillery started a 20 minute preparatory bombardment on pre-arranged targets.

At 14:30 the heavy 4.2-inch mortars of 50th Division began firing on a few known enemy positions.

At 14:32 the field guns, then the mediums  and heavies brought down a massive barrage 400 yards ahead of the front line and extending 1,000 yards on either side of the road, but avoiding the road itself so that craters would not impede the advance.


These stills are of 55th Field Regiment's 25lbrs, pictured two days before the assault, on the heath between Lommel and Hechtel, that is now a firing range, in the most, for the modern day Belgian army.

Spearheading the attack on a one tank frontage was 3 Squadron, 2nd Armoured Battalion, Irish Guards.

To get into position the first tanks would have crossed here on this side road leading down to the river alongside the captured Joe's Bridge using a Class 40 Bailey bridge constructed by the Royal Engineers in the week before the attack.


At 14.35 as the barrage began to creep forward Lieutenant Keith Heathcote in the lead tank of the lead troop of No. 3 Squadron shouted into his microphone 'Driver - Advance'.

With their guns trained left and right, driving at 8 miles per hour the Shermans advanced.


All went well for about ten minutes, then in the space of two minutes, nine tanks, the last three of No.3 Squadron and the first six of No.1 Squadron following behind, were hit in quick succession.

The first tanks to be hit were knocked out by German anti-tank guns that had survived the barrage and Lieutenant Finke's 'Panzerknacker' platoon firing panzerfausts from close range.

The nature of the close range fighting is captured in the picture below. Taken at great risk by Bill Warhurst of The Times, it shows Sergeant Roper's rearmost tank still smouldering from a Panzerfaust hit.

Further along the road on the left is the Sherman of Lance-Sergeant W. Smith also of No. 1 Troop, who escaped from his tank, jumping into the ditch close by, only to find himself attacked by a German soldier who he shot dead not without suffering five shots to his legs.

Just after the farm seen above the road into Valkenswaard crosses the bridge over the River Dommel. This small bridge that today's traffic pass over happily unconcerned caused a two hour delay to the advance of the Irish Guards as they reshuffled their lead elements to continue on into the town.

It was getting dark as the lead tanks rumbled into Valkenswaard and the only light was from burning buildings hit by Typhoon rockets and shelling.

No pictures were taken on their arrival as the Guards harboured on the town square with tanks covering the roads in.

The next morning the square appeared full to capacity with Guards Armoured vehicles and with the church of Holy Nicolass in the background gives a timeless comparison between today and events seventy three years previous.


Just a few miles up the road from Valkenswaard lies the city of Eindhoven, the intended destination of the Guards on day one of the operation.


The city was entered by the 506th Parachute Infantry Regiment of the 101st Airborne Division at 09.00 on the 18th September and taken by noon that day overcoming the resistance of about a battalion of Germans acting as garrison.

The lead elements of the Household Cavalry reconnaissance teams made contact at about 12.30 that day but with the following British armour still five miles away setting out from Valkenswaard at 05.30 and battling their way through roadblocks the Guards did not reach Eindhoven until 18.30, halting that night at Son on the south side of the Wilhemina Canal while the Royal Engineers laid another Bailey bridge over the damaged highway bridge there.


Being a bit pushed for time with so much to do and see, we veered of the 'Club' route taken by the Guards leading directly to the centre of town, and coming in from the west of town via the modern ring road headed for the landmark that is St. Catherina Church seen here in the pictures from the day.

The church was also our start point for finding our way to a very particular point on the progress of the Guards Armoured Division as close by in Rechtestraat was the place where, presumably my Dad as he is in the drivers hatch, parked the Sherman OP tank pictured below.

I first saw this picture in the early eighties in an Osprey title looking at Sherman tanks in British service and seeing the reference to Dad's unit showed it to him and he promptly identified it as 'our tank'.

Despite the party going on around, Dad stares straight ahead oblivious to the merriment around which seems curious until you realise that Captain Good was killed the week before.

The tank is an Observation/Command tank with a dummy gun allowing in place of the gun breach a map roller and extra wireless sets.

The letters 'RC' seen above the unit tactical sign on the stowage box, front left of picture, indicates that this is the vehicle of the observation officer of 'C' Troop, and the Guards Armoured 'Open Eye' badge is visible on the right.

The unusual placement of a stowage box on the front hull, they were usually placed on the rear engine plate, was to allow the storage of extra radio antennae and a pair of cable reels.

Seventy-three years later it was great for Tom, myself and Will to stand on the same spot whilst a few bemused shoppers seemed rather curious why we should be so keen to have our picture taken in front of "Kidz040"; but apart from the change of the shop front, check out the windows above.

I think for me, the best thing to see was that Rechtestraat is now a busy thriving pedestrianised city centre shopping street, quite different from the cobbled street the ghosts of 1944 rumbled along and a fitting memorial to what the Allied forces were fighting for.

I know Dad would have been pleased to see the city today and I am sure it would have given him a greater perspective on the sacrifice made to see it that way.

This particular part of our holiday, along with visiting Captain Good's grave at Leopoldsburg, was a visit that will live long in the memory and made even more special to do it with Carolyn and the boys.

If you are interested in following the campaign of Market Garden then you really need a copy of the two volume publication, Operation Market Garden - Then and Now by Karel Margry which is invaluable for visiting these sights and understanding what went on and precisely where.

Much of the time-lines and detail has been taken from these two volumes and are treasured books along with their other publications in my own library.

In addition from a wargamers interest, I would also recommend getting Rich Clarke's 'Highway to Hell' mini-campaign that recreates the battle from Joe's Bridge to Valkenswaard on day one of Market Garden.
Posted by carojon at 05:00