Saxon Thegns - Defenders of the Faith 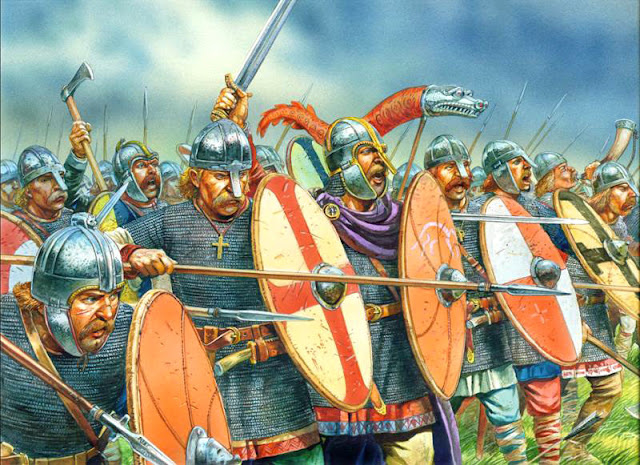 So it was back at the end of July that I last showed you something off of the JJ's paint desk with Steve M's 60th Royal Americans and you could be forgiven in thinking that I had mislaid my painting mojo; but those of you that know me better would have kept the faith rather like these Saxon Thegns I was working on before going off on holiday to Holland.

This work was started as soon as I completed the Napoleonics for Talavera 208 in response to having the p..s extracted at my supportive encouraging local wargames group by no less a person than the Welsh Wargamer in Devon.

My three sabot bases of thegns put together, I might say in quick fashion, to support the DWG Xmas game last year, had drawn comments about the size of my warband only equating to being described as a "warb"!

Now no wargamer with any self respect likes to hear the size of his warband being criticised and demeaned in such august company and so I felt compelled to act. 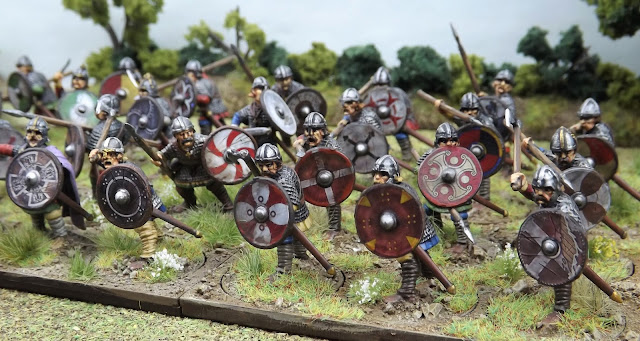 So with Gripping Beast plastics staring at me, glued together but un-primed and unpainted I started work in the summer before going away on holiday and with all the fun of Talavera games and reporting back on all the trips and fun places visited this is the first opportunity I have had of unveiling these chaps.


Those of you who read my first post from Holland this summer will have seen, as well as a cohort of Victrix Romans being assembled during my break, but also an equivalent number of Gripping Beast Vikings and Dark Age Warriors that together with a second box of warriors will form the basis of my mid-late Saxon/Viking armies to be assembled gradually alongside the Romano-Dacian collection going forward.

These chaps are on sabot bases as I intend to use Dux Britanniarum from the Lardies for my skirmish gaming and Dux Bellorum for my large scale dark age battles; thus I will use these straight edge six figure bases to indicate shield wall and the six figure irregular bases to indicate warrior groups for Dux Bell. 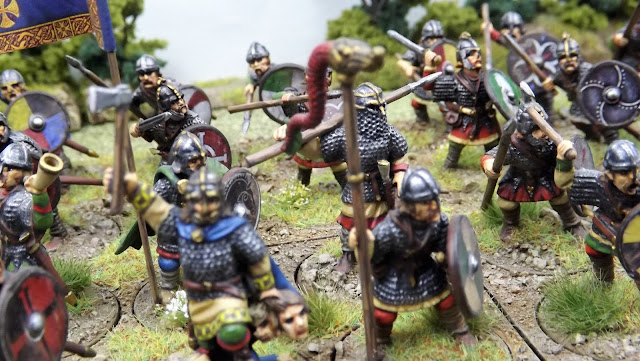 I am not a huge fan of sabot bases, so to minimise the clunky look they can sometimes give, I have produced a bunch of fillers to fill in gaps created by casualties and thus minimise the loss of the aesthetic when they are on the table. 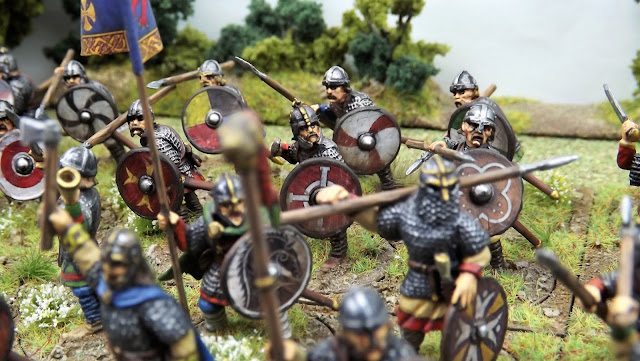 These 'first generation' plastics are not bad and make a good basis for a mass infantry look but I will over time mix in more of the metal offerings like King Penda and his champion seen among the command group to add more variety to the eye. 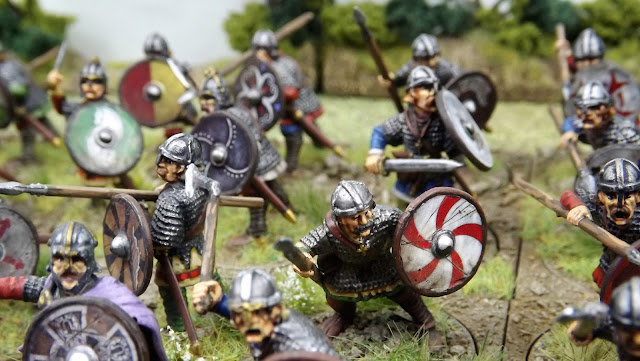 With regard to Dux Bellorum, I had been looking for a mass battle set of Dark Ages rules and having been pointed to these by Steve M had dismissed them initially as rather too DBAish for the look I was after.

My trip to York this year gave me time to do further reading, inspired by all the Viking and Saxon artefacts on display in the city, and after perusing an article about them in Wargames Illustrated, I was prompted to give them another look and got my own copy to try them out once my collection is pulled together. 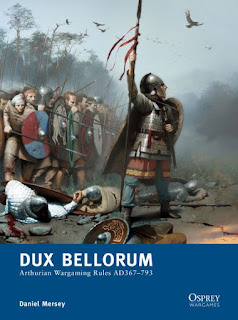 So there we are, the painting mojo is alive and well here at JJ's and on return from holiday the Romano-Dacians were started up with the first Dacian Warband completed using my new Augustus to Aurelian bases which I will show you in the next post.