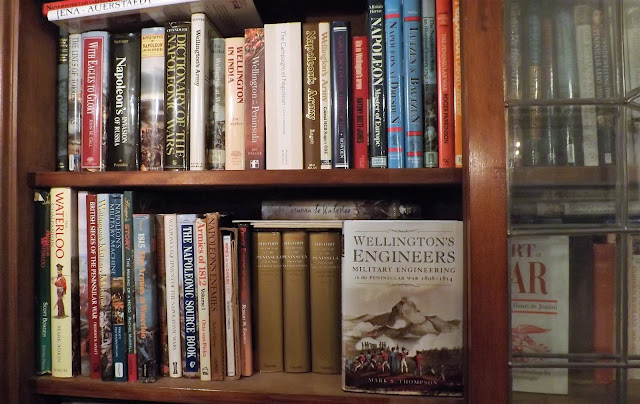 As regular followers of JJ's Wargames will know, Book Reviews form a big part of the posts on the blog and I am helped with that content by the contributions of Mr Steve who adds to the value of this blog by covering historical reading that would not necessarily fall into my orbit, just as my regular diet of books would not necessarily match his.

Thus we are able to create synergy where the coming together of our joint reading habit produces a greater product than either one alone and hopefully makes this a more entertaining read for you. Don't you just love the thought that goes on here and some of you were probably thinking this thing just gets thrown together!

Last week Mr Steve had me entertain the idea of bringing a little democracy to this corner of the internet by considering opening up the blog to the views of its readers, and allowing you to have some say on the content!

A wise man once advised not to ask a question unless you already knew the answer, something I am sure David Cameron regrets to this day.

So in the spirit of seeing whether you care about the stuff that gets posted up here, and a curiosity as to whether you can be bothered to express any particular desires to input into the process I have been persuaded by Mr Steve to ask the question.

I know which one is my choice, but in the spirit of honest broker and interested onlooker I will refrain from expressing a preference and leave the choice to you.
Posted by carojon at 11:05