Hold the Pass - Augustus to Aurelian

Yesterday's meeting of the Devon Wargames Group was a buzz as we had four games up and running together with over twenty members in attendance.

Not only that but I got to play my first game with the new Romano-Dacian collection using a scenario from the Warlord Games Scenario book which sees a Dacian force blocking a mountain pass before a Roman supply column. 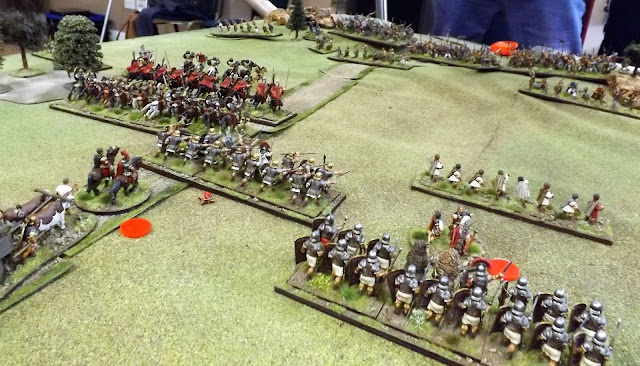 Having been away this week in London, I still needed to add one more unit to the collection and was thus getting my Praetorian Guard cavalry finished yesterday morning, literally an hour before they went on the table.

The game also featured the first two of a collection of wagons and crews I got recently from Colonel Bill's wargames supply depot, and they looked really great alongside the troops. 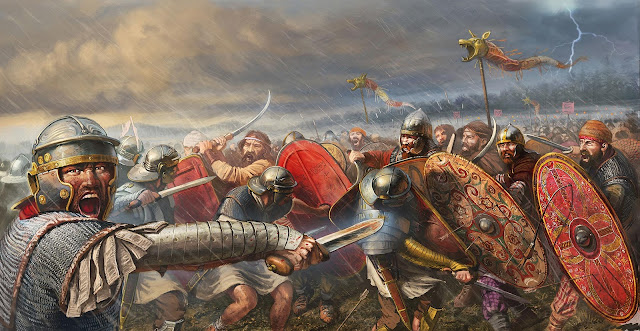 Devon Wargames Group - Hold the Pass, Augustus to Aurelian
Posted by carojon at 04:50