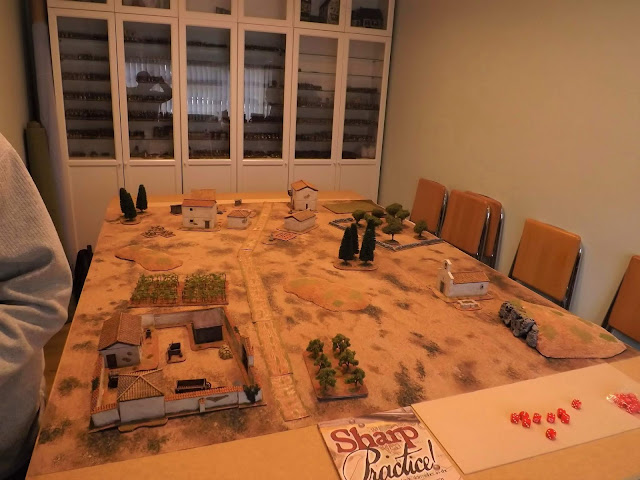 Last week, I had fun over at Chez Bob who kindly invited me and a few other friends over to his new toy room to play a Peninsular War Sharp Practice set to.

As you can see Bob has put together a really nice set up with a permanent table, storage units that hold the figures and terrain plus a purpose built paint station set up in the window to provide plenty of light when turning out the figures. 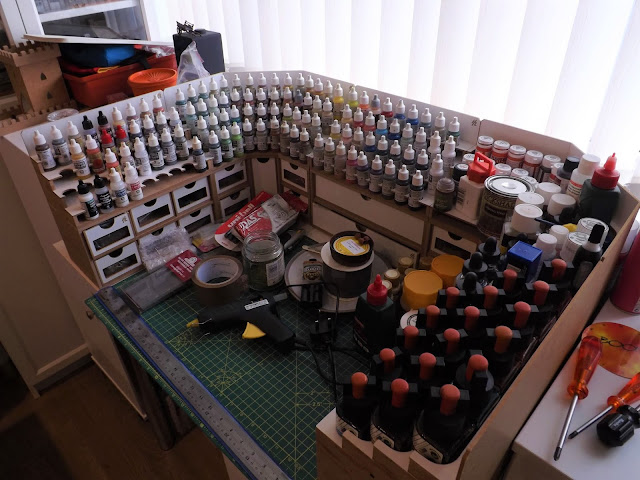 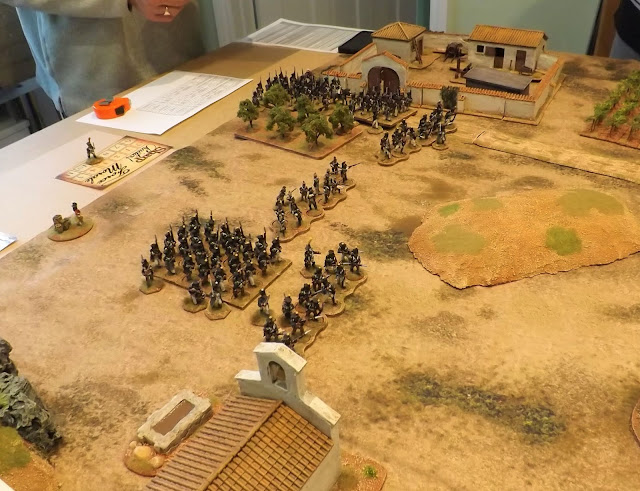 Of course the room is one thing, then you need the collection of terrain and figures to compliment the facilities and Bob can field several nice collections including his 28mm Peninsular Napoleonic collection that graced the table on the day we all got together. 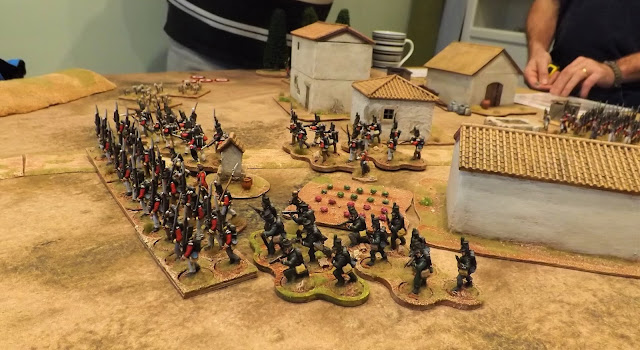 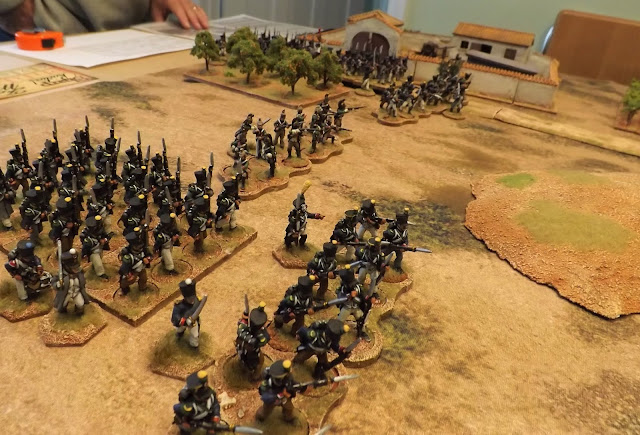 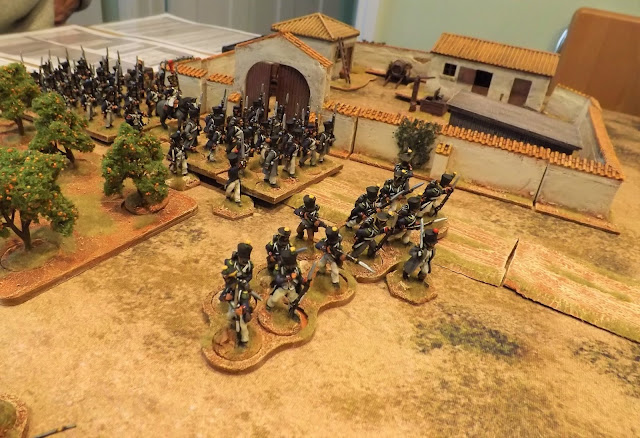 On the day we played, I took the role of one of the French commanders, tasked with capturing the village at the opposite end to our deployment.

Unfortunately for us we were up against a formidable group of British Light Infantry, Flank Companies and Riflemen, who after taking a few casualties from our voltigeurs on their approach march, soon got control of the situation and winded up breaking both French battle groups. 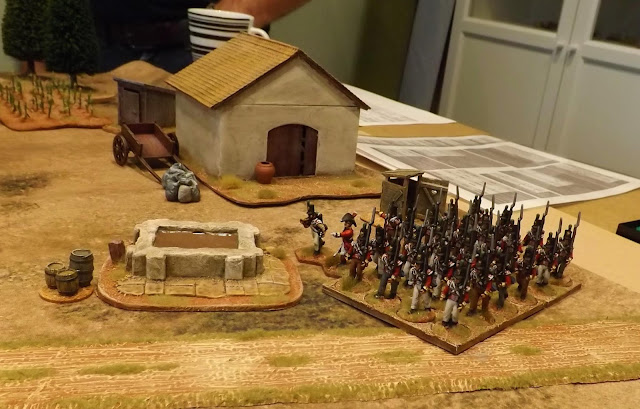 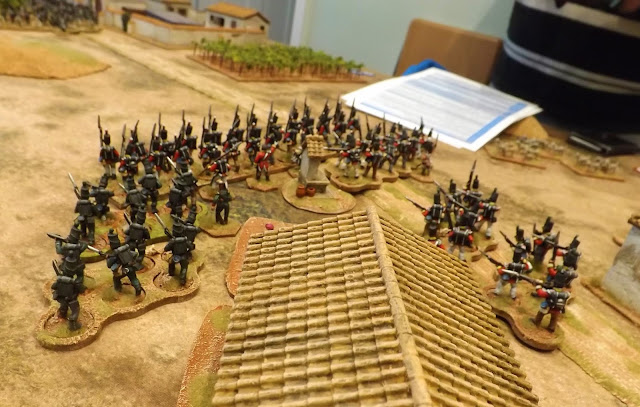 Much fun was had during the day, with battle joined morning and afternoon and with lunch included together with plenty of banter to boot. 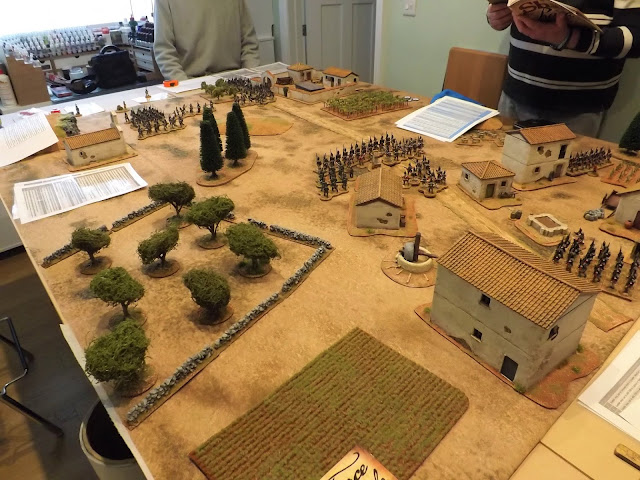 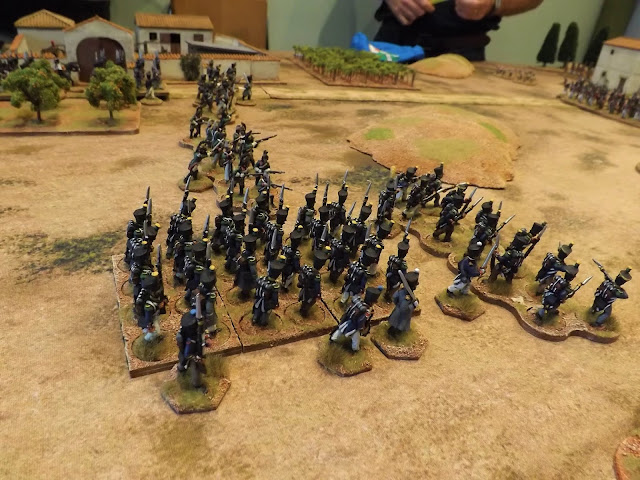 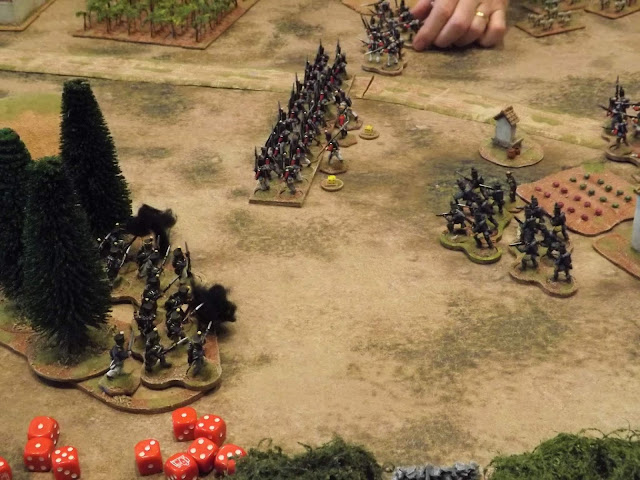 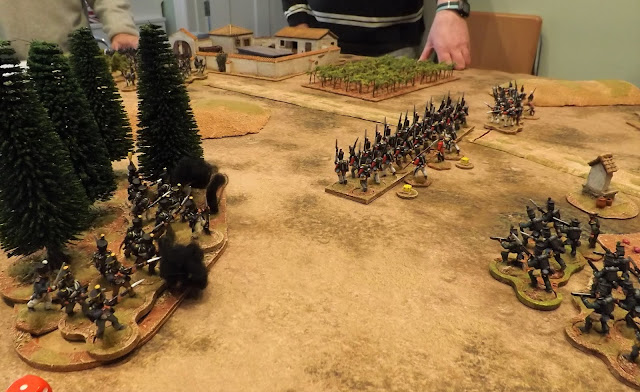 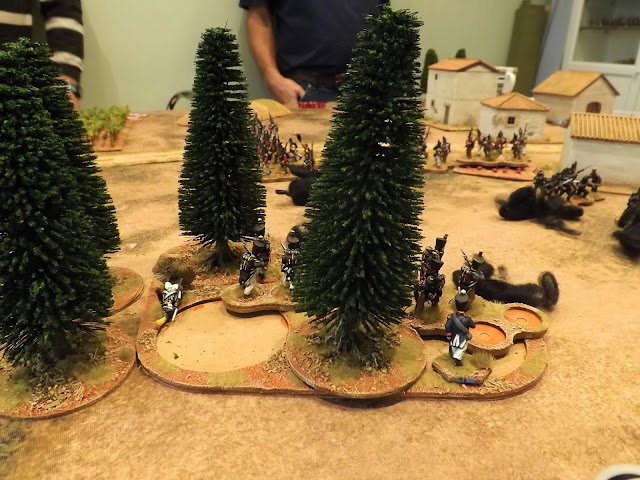 The highlight unit for the French turned out to be the French dragoons who successfully mauled the British flank companies knocking over a couple of British leaders and holding up the British in the centre as the French columns struggled to get forward and deploy. 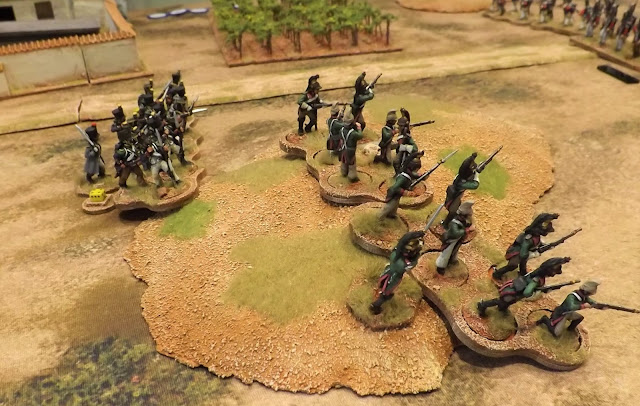 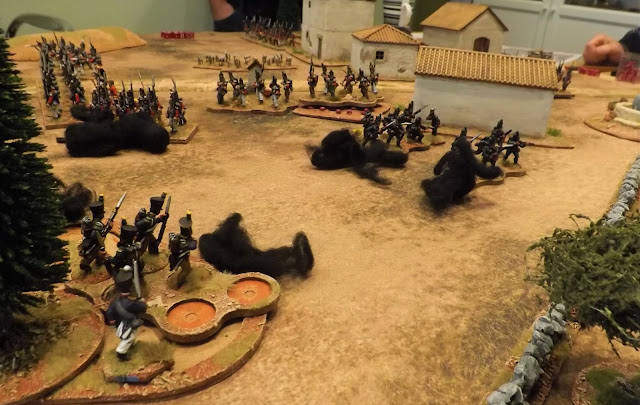 Thanks to Bob for a great day and inviting us to enjoy playing in his new room and to Si, Mark and Ian for making the game such fun.