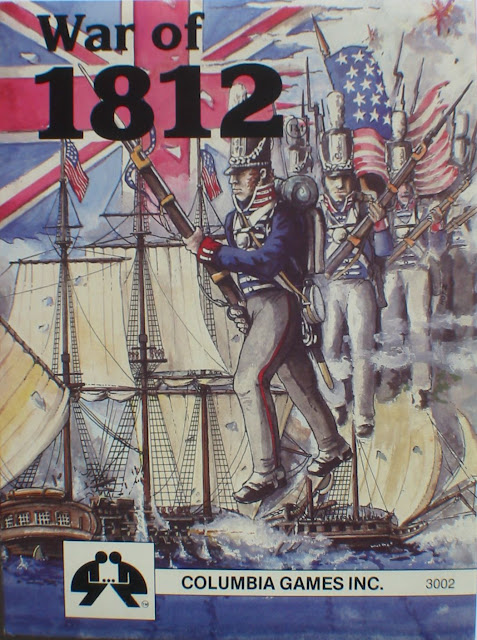 As well as tabletop gaming I'm very partial to playing historical boardgames and I have quite a collection going back to many classic titles from Avalon Hill.

My regular opponent is Steve M who lives along the road and so it makes it very easy for each of us to take a short walk to each others house to play.

That is until Chinese Bat Flu has gone and forced many simple pleasures and pastimes to have to be re-thought now that the UK, like many other countries around the world, gets use to the new paradigm of lock downs and social distancing.

The new situation has forced a bit of a rethink about how we could get together and play and I suggested to Steve that we might try out playing a simple but very entertaining game and one that both of us are very familiar with by using the internet platform Vassal together with linking up on a video link while we played.

This way of playing seems to be common in places like the US but less common here, I think, because of the proximity to other gamers being much less of a problem here, but the new circumstances are likely to force keen boardgamers here to consider this approach and I thought I would share our impressions after having a go with the system on Thursday night this week.


Having only ever messed about with the system, mainly to run solo games at home or on holiday, setting a game up in the Vassal game room system and linking up with Steve while we chatted through synchronising our computers over Messenger was an interesting learning curve, not helped with a few issues of wrong information in the Vassal On Line Guide, only sorted out by checking out similar issues reported on the Vassal Forum.

For example, I set up our private 'game room' using the Vassal software, looking to keep the space exclusive to Steve and me and looking to use a password for access only to find that there never has been a password system of access and that players lock their room once they are both in!

The next interesting aspect was seeing how each of us alternated play, which turned out simpler than we thought and was just like playing face to face, and no complications of having to click anything to end a phase to allow the opponent to have their move. 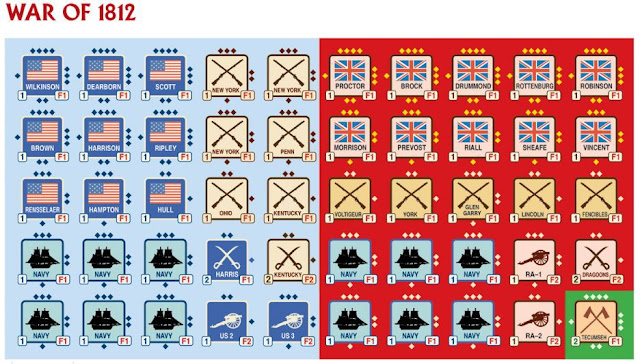 The game was enhanced by being able to chat to one another on Messenger and see each others expressions as a particular die roll score flashed up on each others system making it feel just like playing face to face.

We were soon rattling through the game turns only interrupted by the occasional gliche as contact was lost with the Vassal server, however the platform seems very robust and we soon learnt to save the game when the contact was dropped and then reestablishing the link and picking up where we left off.

Our first effort took a bit longer than it should as we took a bit of time getting things set up but we concluded our game at the winter of 1812 and have saved the module to pick up again next week.

Both of us were very impressed with how the platform runs and purposefully having chosen a relatively simple game to try out, we are now thinking of trying out other more complex systems that use card play activation.

Although getting started with this way of playing might at first seem quite daunting to a newbie, I would recommend taking a look at Vassal to help bridge the gap whilst in lock-down and I am looking to get more familiar with it. 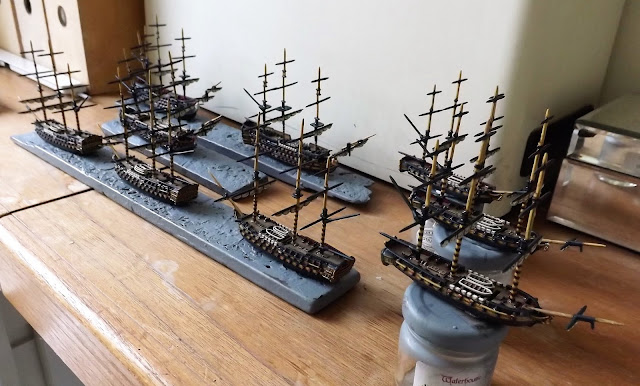 As well as prepping for this little exercise, the time at home has been well spent preparing my next set of 1:700th ships ready to be rigged next week. 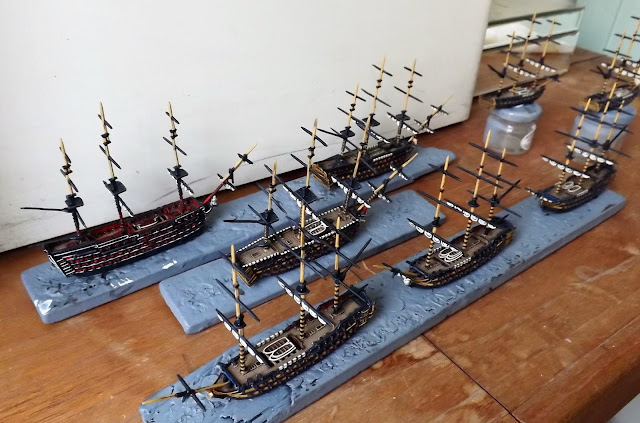 This next batch of models is the British Fleet box with three names frigates and 74's, a first rate together with HMS Royal Sovereign and the mighty Santisima Trinidad seen at the back in the picture above and below. 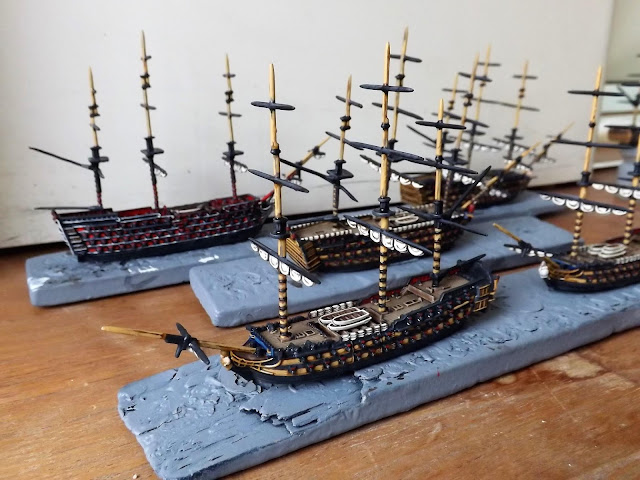 I'm really looking forward to sitting down and rigging this lot which is a nice way to spend time at home and not going out, definitely recommended. 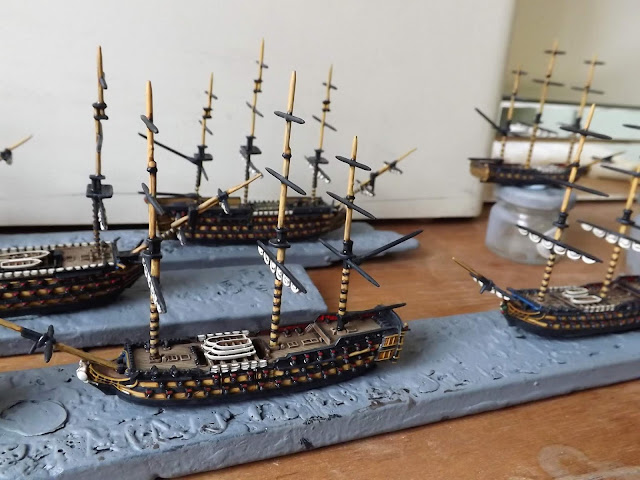 Pictures to follow of these models once they are finished and I will do a review of the collection as a whole.