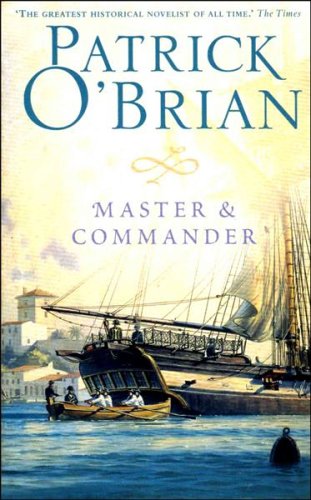 At any one time I very often have three books on the go, with reading filing a very significant amount of my day, one of the benefits of being retired, and having always considered that reading is food for the mind.
Not all my reading is spent on historical factual books, as with any diet I believe in quality, variety and, with all categories, consumed in moderation, which includes historical fiction that can inform my hobby life as much as the historical factual reading if in a slightly different way.
One area of my hobby interest has always attracted me to a significant amount of fictional reading, namely age of sail naval adventures and over the years I have worked my way through the trials and travails of Richard Bolitho written by the late great WWII naval fiction writer Douglas Reeman, who went under the pen name of Alexander Kent; the daring adventures of Lord Nicholas Ramage created by the late Dudley Pope and cut my teeth as a schoolboy on perhaps the greatest of the genre, Horatio Hornblower written by of course the late C.S. Forester 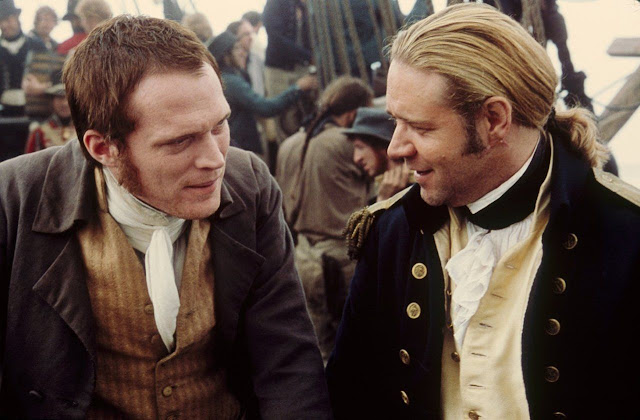 However, to my surprise although perhaps more likely to not having enough reading hours in my day until now, I had never got to grips with Patrick O'Brian's Captain Jack Aubrey and his polymath companion Dr Stephen Maturin, despite having thoroughly enjoyed Russell Crowe's and Paul Bettany's portrayal of them in the 2003 film, Master & Commander, The Far Side of the World. 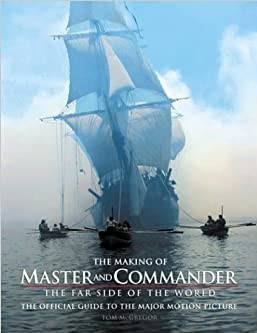 Not only that but following seeing the film I went out and got a copy of 'The Official Guide to the Major Motion Picture, which revealed more about the plot and its obvious diversion from the original story to better fit it for the American film going public and the attention to detail in its recreation of the navy of King George III and the ships of that era.
So I thought I would finally get around to seeing why so many readers of the genre put O'Brian's creation very much at the top of their reading list and where better to begin that with the very first incarnation of the series of what would eventually be twenty one books, than Master & Commander, published in 1969 and introducing Lieutenant Jack Aubrey recently appointed to his first command in April 1800, His Majesty's Sloop, Sophie of fourteen guns and recently acquired from the Spanish, to operate from Port Mahon in Minorca against them and their French allies, not to mention the odd Algerian privateer.
I have to say that the book encompasses the same type of plot approach that I am familiar within this kind of historical fiction, be it naval of land accounts of combat, and the familiar set ups of the drama and action that follows.
So we see Captain Aubrey gaining the confidence of his crew, working them up to performing at the highest standards in sailing and gunnery competence whilst demonstrating his own talents at leadership and command through various encounters on land and the water, culminating in the great showdown with the Spanish 32-gun Xebec-Frigate Cacafuego the most obvious reference to the career of Captain Thomas Cochrane and his brig HMS Speedy taking the Spanish 32-gun Xebec Frigate El Gamo.
Interwoven with the plot are of course the usual sub-plots of encounters ashore and the growing friendship between Aubrey and Maturin as they learn to share their appreciation of music amid the carnage of war and the intrigue of command as we are introduced to actual historical persons involved in historical events of the time.
All good stuff and very much what I expected from this kind of read, but what made the book stand out for me over and above other reads was O'Brian's attention to the dialogue between his characters and his descriptions of combat that for me most noticeably captured a feel of authenticity that other authors have not quite achieved to the same level.  All the squalor and blood are captured in the accounts but not in the style of an all action boys comic and the language used between the various characters from common seamen, Minorcan serving girls to captains and admirals felt like I was reading a naval fiction written by Jane Austen, not the first time that description has been made, but a very apt one for describing the detail in which the characters express themselves in the convoluted language style of their day.
As with other fictional reads where the reader is expected to travel with the author into the world they create for their characters, it is important to get the reader to buy into this recreated world with attention to the detail and the dimensions of the characters that allows the belief in the account to take a hold in the readers mind, and it is in these areas that it seems to me that O'Brian's work stand head and shoulders above others writing in the genre.
This attention to the historical feel of the writing didn't at first appeal to all the critics at the time of writing and there was a significant problem for the books to grab the US market for a few years but the quality of the writing is obvious and explains why these books are now so highly regarded for their authenticity in feel for the period.
Finally the other aspect that really grabbed my appreciation was the descriptions of the places in the Mediterranean that impact on the story, something I have a familiarity with having spent a lot of time on the Murcian coast and having explored Gibraltar and Minorca on many visits over the years.
I found myself easily picturing the places described in the book with memories of Martello towers and Georgian sashed windows on houses in Port Mahon, a Spanish naval base during my visit in 1987, but just a case of replacing the few grey warships of the time with the black hulled chequer board sailing equivalents familiar to Aubrey as depicted below.
Needless to say I really enjoyed Master & Commander and am now into Post Captain, the second book in the series with plenty to go to fill my fictional reading time in between rigging model ships.
If like me, you too have missed out on the delights of Patrick O'Brian and decide to join Captain Jack Aubrey on his adventures at sea, then I should perhaps use a favourite turn of phrase of his when I say
'May you take joy in it'.
Needless to say all the series of Jack Aubrey novels are readily available and, unless you are determined to own a collection of hardback first editions signed by the author, are very affordable in paperback (my preference, but I am a bit old fashioned) or on Kindle.
Next up the Spanish 74-gun ship of the line Montanes joins the Spanish squadron in JJ's Dockyard as more models are added to my Spanish collection.
Posted by carojon at 05:03