All at Sea - On the Stocks in JJ's Dockyard, Spanish Builds Part Six


With my principle Spanish ships of the line complete from the Warlord Spanish Fleet box set I just had my frigate flotilla of three named Spanish frigates to complete, starting with His Most Catholic Majesty's Ship, Ceres. 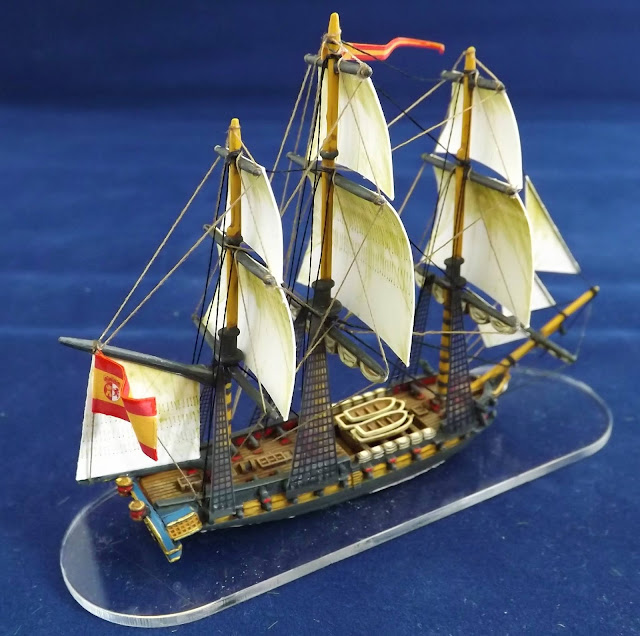 The Spanish frigate Ceres 40-guns was built by Jose Romero Landa in Havana, Cuba and probably launched on 22nd October 1790 or the 22nd December 1791, with precise details about this ship vague.
The Ceres was one of a handful of 40-gun, 18-pdr frigates developed by the Spanish in response to those of its likely enemies, with the the British developing the 18-pdr 38-gun frigates towards the end of the American War of Independence and France following suit with their 40-gun variety.
https://en.wikipedia.org/wiki/List_of_Spanish_sail_frigates
With the commencement of hostilities against Revolutionary France in 1793 Spain found herself with the majority of her frigate force consisting of the 34-gun 12-pdr variety, although these ships would be gradually up-armed in response to those of her enemies as the wars progressed.
At the start of the French Revolutionary War, Ceres served in the Caribbean and it was not until early 1794 that she sailed home to Cadiz arriving at the end of March. 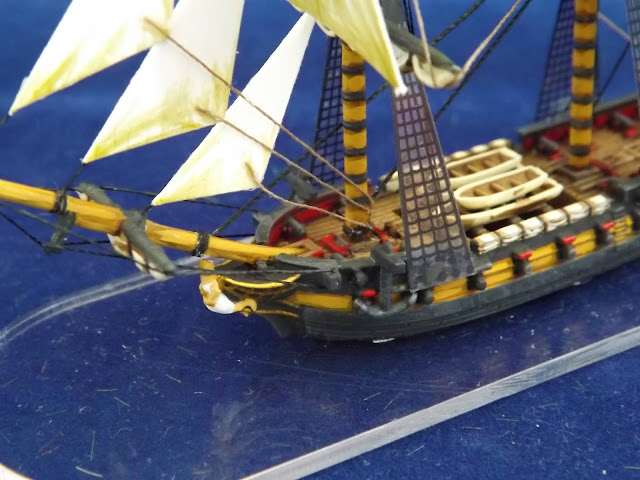 On the 19th December 1796, with Spain now allied to France, the Ceres in company with another 40-gun frigate Santa Sabina under the command of Captain Don Jacobo Stuart aboard Sabina encountered the British frigate squadron of HMS Minerve 38-guns and Blanche 32-guns commanded by Commodore Horatio Nelson aboard the Minerve, on his way into the Mediterranean to rescue the British garrison on Elba as Admiral Sir John Jervis withdrew the British Mediterranean fleet following the new alliance between France and Spain. 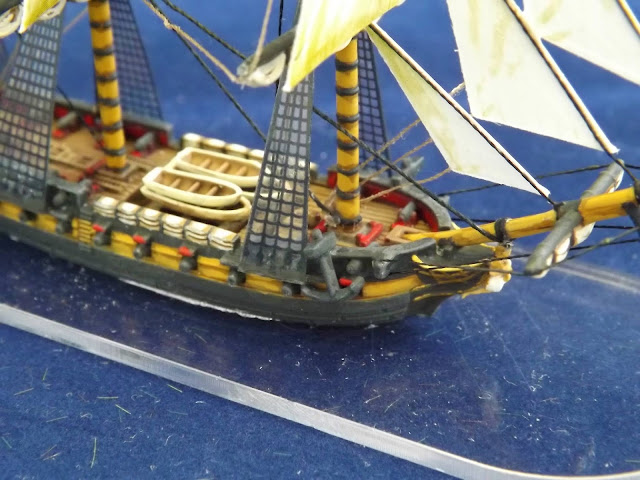 Nelson ordered Captain D'Arcy Preston and the Blanche to engage the Ceres whilst he took Minerve against Sabina coming alongside the Spanish frigate at 22.40 with both Spanish ships striking in the early hours of the 20th December only to be succoured by the arrival of Spanish reinforcements from Cartagena who drove off Nelson and forced him to abandon his prizes before the British commander set off to Elba to complete his mission. 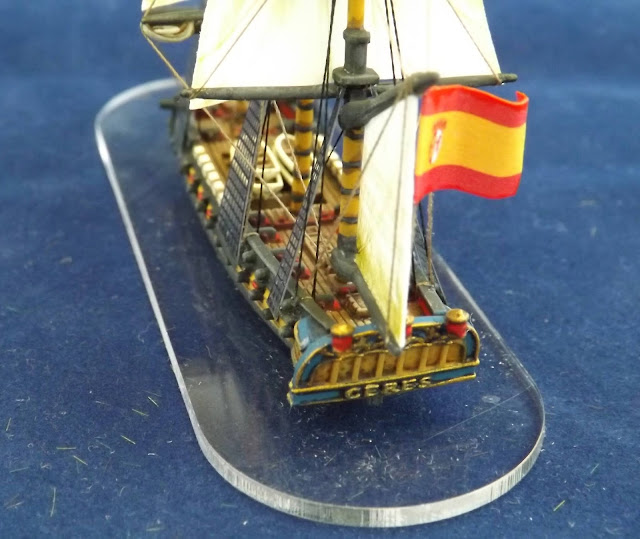 The Ceres was reported to have been badly damaged in the action with Blanche losing seven men killed and fifteen wounded. 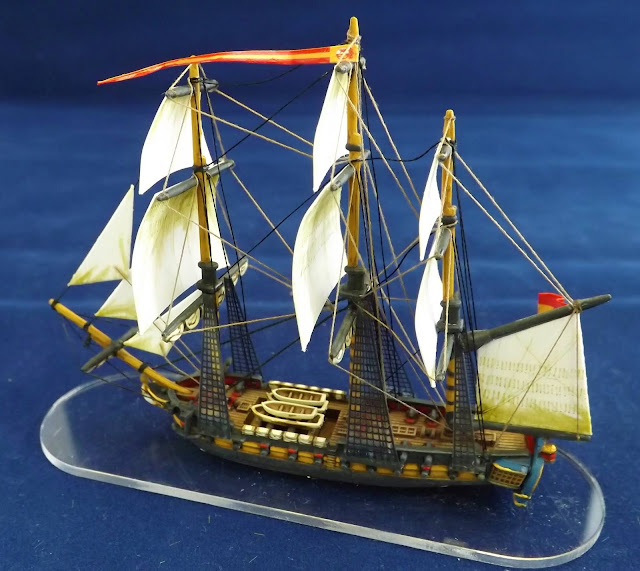 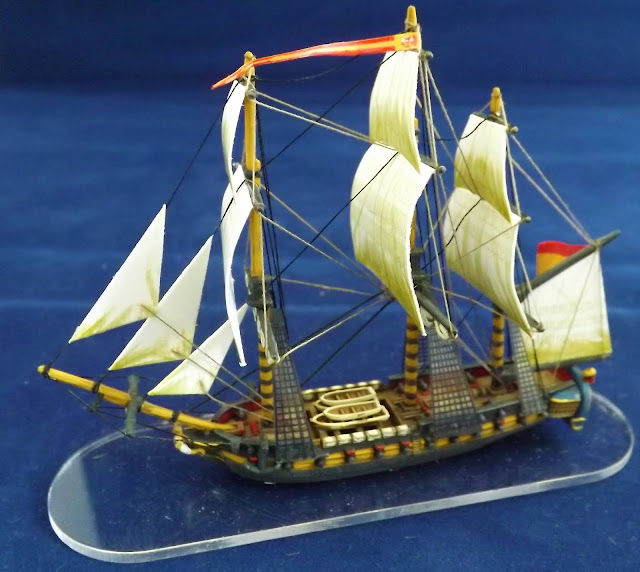 Two months later the Ceres would see action again at the Battle of Cape St. Vincent on the 14th February as Admiral Jervis and Commodore Nelson would defeat the Spanish fleet as it made its way into the Atlantic to attempt to join the French main fleet in Brest. 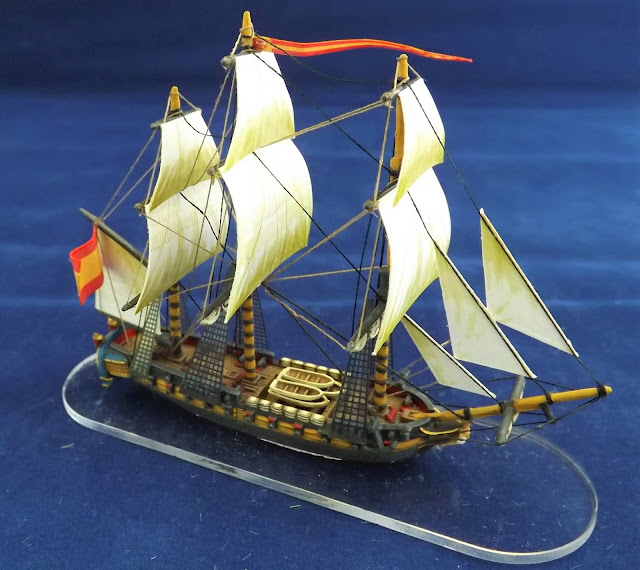 The Ceres served on up to the beginning of the Napoleonic War but missed the Trafalgar campaign, being broken up on the 12th May 1804.
At the time of her action with HMS Blanche she is reported to have been armed with 28 x 18-pdr long guns on her gun deck,  8 x 8-pdrs on her quarterdeck and 4 x 8pdrs on her forecastle with a crew of 290 men.