I posted my thoughts last month about the first book in the series of Aubrey-Maturin novels by Patrick O'Brian,
http://jjwargames.blogspot.com/2020/07/master-commander-patrick-obrian.html
which seemed to tick a box with a lot of you, many far more experienced readers of the series than I.
I have since found myself devouring the books rapidly as my nocturnal reading habit has seen me finish Master & Commander, Post Captain and just this week HMS Surprise, with the Mauritius Command sat ready for my attention on my bed-side cabinet.
With my concern that there are just another seventeen books to go and wanting to savour the pleasure I have decided to let the next book wait awhile and turn my attention to a couple of factual tomes which I will review in turn, but before that I thought it would be worth highlighting a book that has accompanied my recent reading, namely Dean King's Atlas and Geographical guide which I got as an accompaniment to Master & Commander. 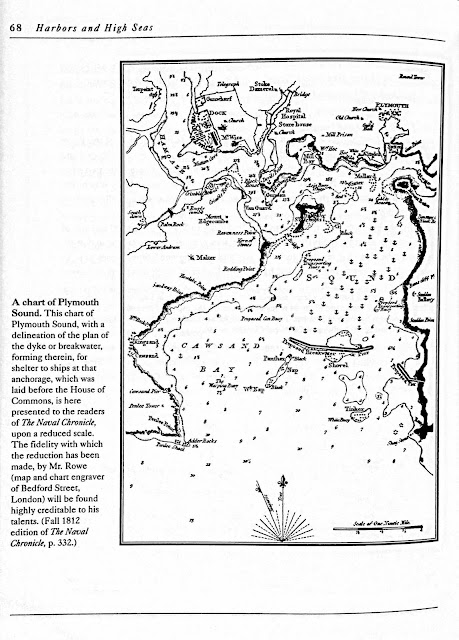 I have to say that I was in two minds whether to buy this book as I have a copious library on the period and do not come at the subject as a complete novice so don't struggle reading the detailed descriptions of the sailing activity and naval banter between the various characters, or bring an unfamiliarity to the various parts of the globe that are portrayed in the narrative, especially here at home in 'dear old blighty'.
However I decided to take the plunge and very happy I am to have done so, as it has been a very handy accompaniment to my reading this last month and I have found myself dipping into its covers when needing to clarify where exactly on the high seas a particular scene is taking place or to remind myself why Aubrey has set course for a particular landfall hoping to take advantage of a particular wind or set of seasonal currents to aid his progress across one particular ocean or another. 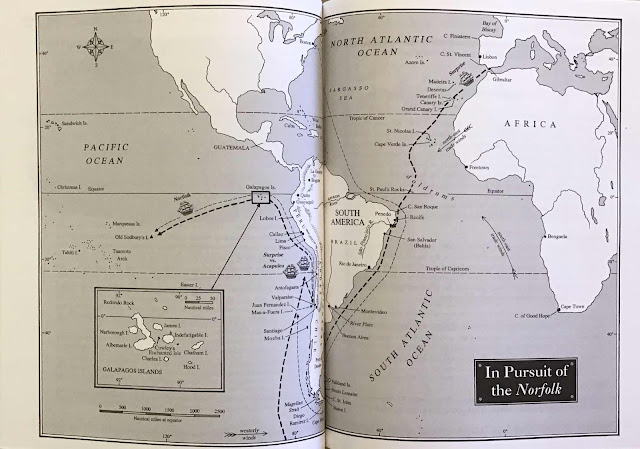 In addition to the Introductory section of the book written with Professor of Maritime History, John B. Hattendorf, covering these navigational aspects of the age of sail with some interesting statistics on the time taken to cover particular historical voyages to help illustrate those described in the various books, the content is then broken down into separate chapters dedicated to each book in the series in the sequence they are written which is perfect for those of us who don't necessarily want to know the plot of the next book before we have read it, although I noticed that the sections I have read more thoroughly are quite circumspect about not giving precise details about what happened to cause the description given to progress as described.
As you will see the book is copiously illustrated with excellent maps depicting the action covered in each of the books with the addition of places that are fictional but shown based on information in the books plus period maps and illustrations garnered from the Naval Chronicle which only adds to the feel of the period captured in O'Brian's writing.
Alongside the illustrations are yet more historical facts and information about places mentioned or certain species of wild life encountered or indeed certain medical aspects of life aboard ship that show the depth of O'Brian's knowledge and research that he put in to underpin his stories
If you have been inspired to start getting into the Aubrey-Maturin series of books or like many others, are rereading the series again, you might enjoy having a copy of Dean King's guide to add to that enjoyment and provide a ready reference to these masterful books of the period 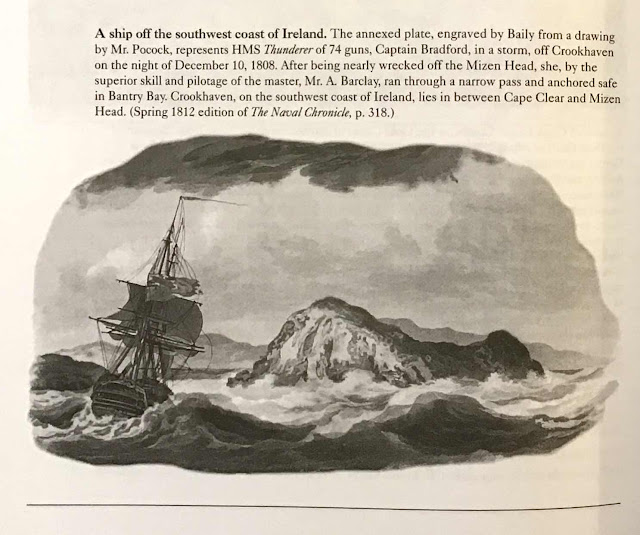 Harbors and High Seas is 258 pages which includes the following:
List of Illustrations
Acknowledgements
A Note on the Third Edition
Preface to the Second Edition
Foreward by Dean King
Intoduction with the following maps to illustrate;
Neat Diagram of Winds: January to June
Neat Diagram of Winds: July to December
Colonies and Trade Routes in 1814
Maps of England, Ireland and Europe
England and Wales in 1812
Southern England
Ireland in 1812
London in 1812
Whitehall in 1812
Europe in 1812
The Novels
Chapter 1. Master and Commander - Mastering the Mediterranean
Chapter 2. Post Captain - England, the Continent and a North Atlantic Showdown
Chapter 3. HMS Surprise - A Lively Time in the Med and a Surprise Voyage to the East Indies
Chapter 4. The Mauritius Command - Action in the Indian Ocean
Chapter 5. Desolation Island - From Hot Water in Hampshire to Shattering South Seas
Chapter 6. The Fortune of War - An Unlucky Voyage from the East Indies
Chapter 7. The Surgeons Mate - From North America to the Baltic to the Tower in the Temple
Chapter 8. The Ionian Mission - Toil and Trouble in the Mediterranean
Chapter 9. Treason's Harbour; Fiasco in the Middle East
Chapter 10. The Far Side of the World - Around the Horn in a Hurry
Chapter 11. The Reverse of the Medal - Homeward Bound from the West Indies
Chapter 12. The Letter of Marque - Redemption in the Azores and on the Normandy Coast
Chapter 13. The Thirteen Gun Salute - False Starts and the East Indies
Chapter 14. The Nutmeg of Consolation - From Java Sea to Sydney Cove
Chapter 15. The Truelove - An Urgent Detour to the Not-So-Pacific Island of Moahu
Chapter 16. The Wine Dark Sea - South America at Last
Chapter 17. The Commodore - Great Guns on the Coast of Africa and Ireland
Chapter 18. The Yellow Admiral - Rough Seas on the Brest Blockade
Chapter 19. The Hundred Days - Confusion to Boney, Encore!
Chapter 20. Blue at the Mizzen - A Hot Time in Chile
Maritime Measures
Selected Bibliography
Author Notes
Index.
My copy of Harbor and High Seas was in paperback and at the time of writing can be picked up new from Amazon at £11.24 with free postage and I noticed second hand copies going for as little as £4.95 plus £2.80 described as 'Good Condition' so a very affordable addition to your reading.
Posted by carojon at 03:13