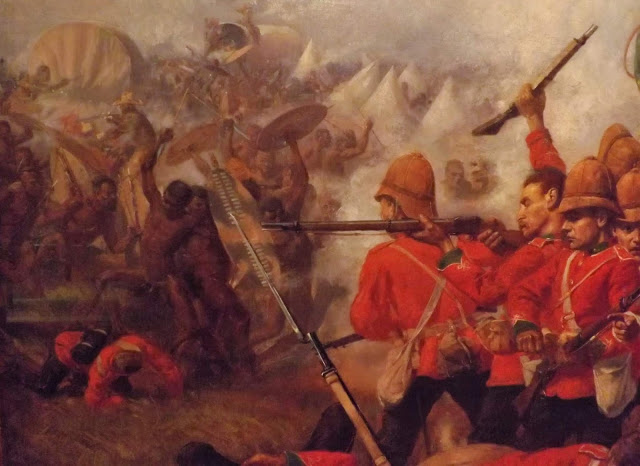 Back in March 2019, I attended the National Army Museum presentation by Ian Knight, looking at the events of  the Zulu War One-hundred and forty-one years previously and posted about it soon after, here on the blog.
http://jjwargames.blogspot.com/2019/03/then-red-soldier-zulu-war-one-hundred.html
Obviously attending similar events at the moment is impossible, but the National Army Museum are providing a great service to military history enthusiasts around the world, if the Crowdcast chat feed was anything to go by, by providing a platform for some great speakers and presentations on a varied offering of British military subjects; with today's offering presented by Professor Ian Beckett, it being the one-hundred and forty-third anniversary of the Battles of Isandlwana and Rorkes Drift on the 22nd January 1879, an overview of the history of the war and those two battles in particular, its commemoration in popular drama and arts, since the news of the battles arrived in Great Britain in early February 1879 and the impact it has had on British and Zulu culture throughout the changes in views over the intervening years.
Of course that overview scans the books, musical and theatre interpretations and more recently the films Zulu and Zulu Dawn which still hold popular appeal today, but also looks at the reality they captured or not and the modern interpretation of the events seen today based on modern research and recent archaeology.
Professor Beckett presents in an engaging and fast paced style which really grabbed the attention of the audience inspiring plenty of chat and appreciative comments together with enthusiastic questions which he answered at the end.
If you missed today's presentation, the good news is that you can register to watch a recording on the NAM Home Page and sign up for updates of future talks which are completely free to attend and highly recommended.
https://www.crowdcast.io/nationalarmymuseum
In addition you can also pick up a copy of Professor Beckett's book on the subject 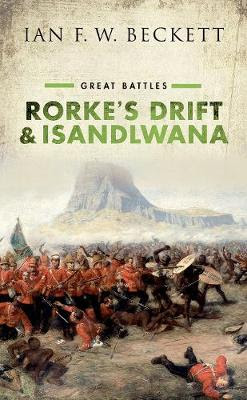 With all the lockdowns going on and people confined to indoors I can recommend this as a very pleasant way to spend a couple of hours in between the painting and modelling.