The final three generic Spanish third-rate 74's are now done, leaving the final post in this series to come which will see the addition of another two Spanish first-rates to complete my Spanish collection.
All at Sea - Cape St Vincent Spanish Additions, Part One
All at Sea - Cape St Vincent Spanish Additions, Part Two
However with a rather large investment in sea mats last month, I am focussing my attention on finishing off models sitting in my store room of kits to be done before acquiring extra ones, which include twenty odd brigs, three frigates, five schooners and cutters and a couple of merchantmen that have been acquired over recent months and whose inclusion will allow me to complete an earlier part of this project, namely to have a broad selection of the 'small ships' to refight some of the classic ship to ship engagements that characterised the majority of the war at sea during this period. 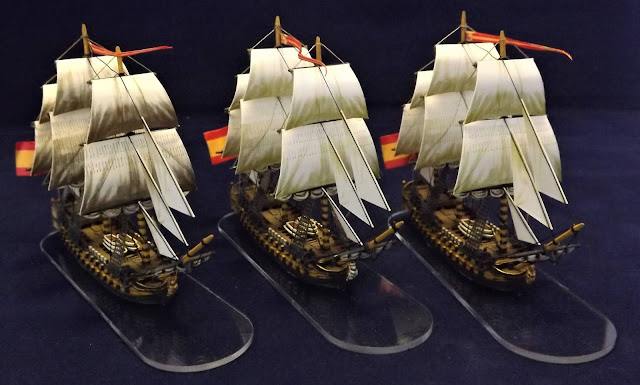 But before I turn my attention in that direction, I thought I would showcase my final group of Spanish 74's which completes the shortfall on the Trafalgar collection to allow Cape St. Vincent to figure in a series of games I plan to play with these models.
As with the Trafalgar game, I am looking to base my own Cape St. Vincent replay around the scenario set up written by Nick Skinner and published in the Too Fat Lardies Christmas Special for 2008.
As Nick gleefully points out in the 'Umpire's Notes';
'You’ll need plenty of ships for this one. While the British fleet numbers a manageable fifteen ships the Spaniards tip the scales with a stonking 27, including seven three deckers.'
And don't I know it! 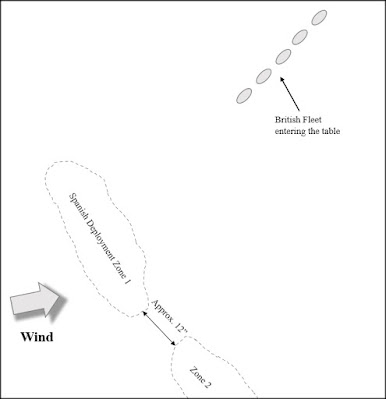 The set up as shown in Part Two of this series of posts shows the classic position at the battle with the Spanish split into two groups struggling to close the gap as the British approach, with both fleets moving on a stately bow wind, but with the British having the better sailing qualities always having the edge in movement.
Alongside that we have Nelson having his own activation chit within the draw to enable him, should the British player so chose, to re-enact the 'Nelson Patent Bridge' for boarding first-rates.
As with my previous groups of Spanish generic ships, these last three follow my simple design of going for some classic Spanish appearances to their ships as captured in the period artwork with Castilian Lion figureheads and gold and red paintwork proliferating, although to keep my Spanish readers happy, no red gun strakes, a rather unique pattern applied to Santisima Trinidad, and a few British third-rates, but seemingly adopted by wargamers as the classic Spanish fleet look which it seems it certainly was not, with the more regular yellow-ochre scheme more to regulations. 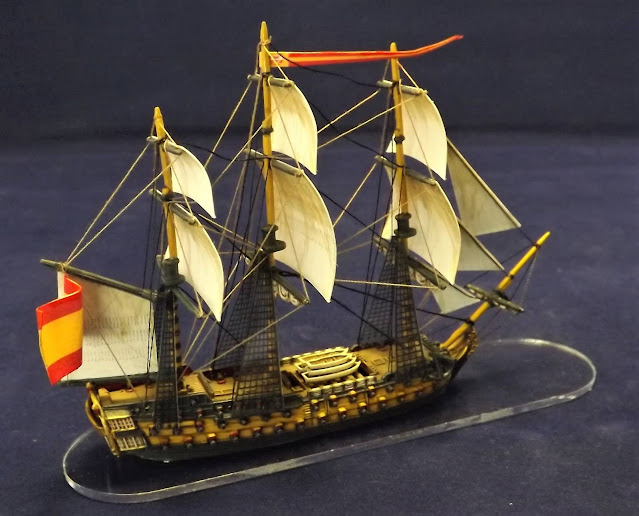 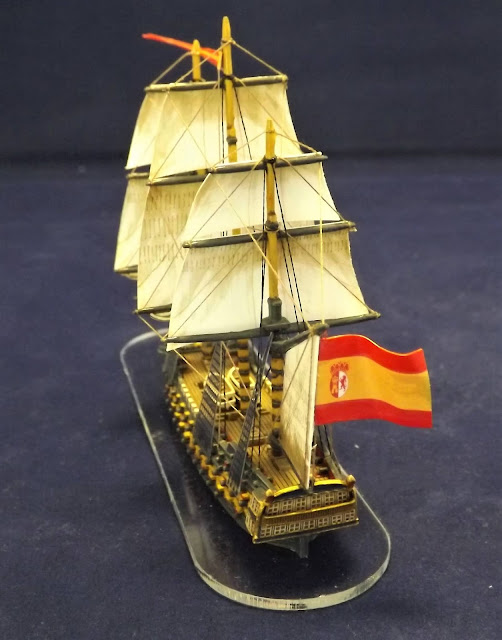 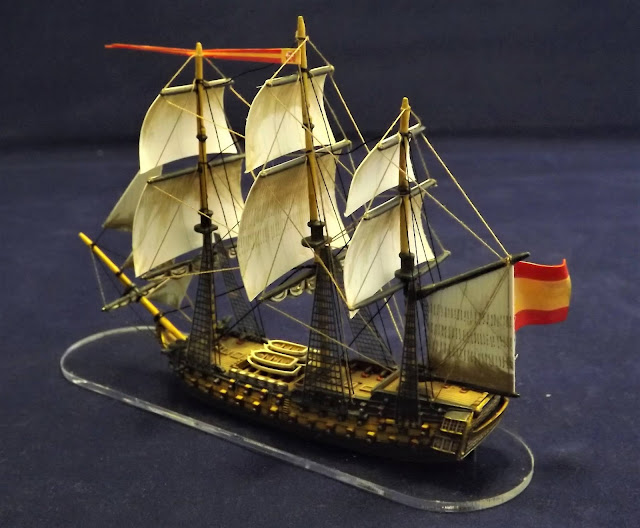 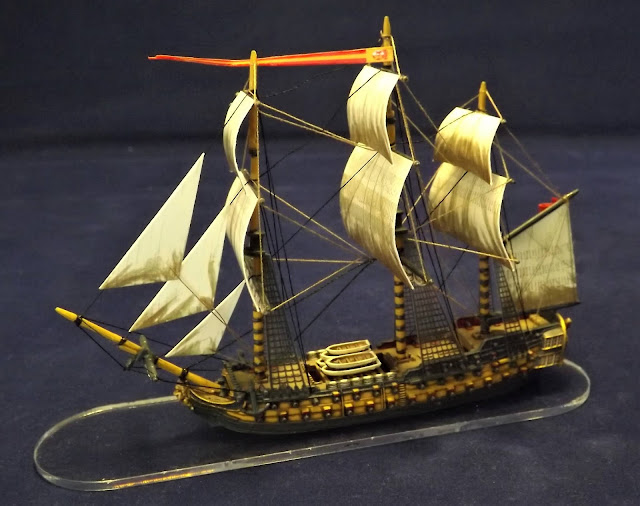 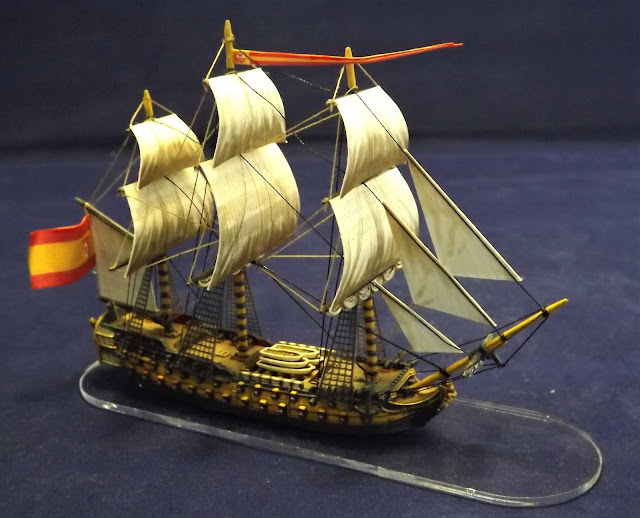 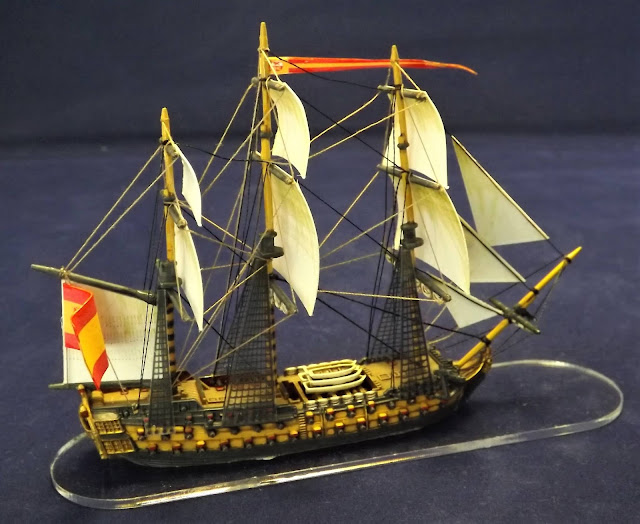 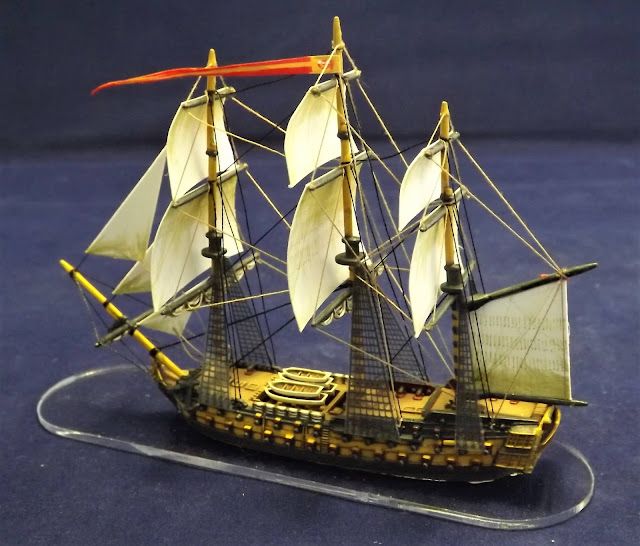 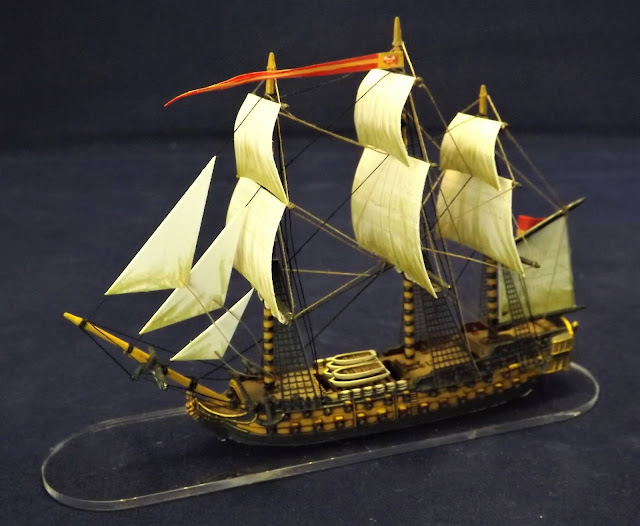 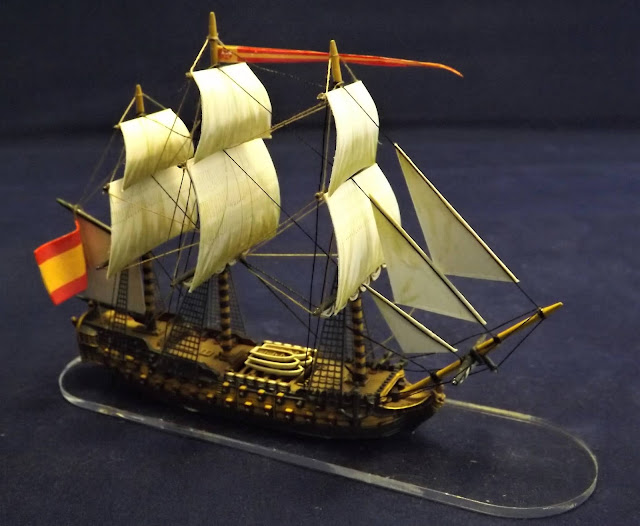 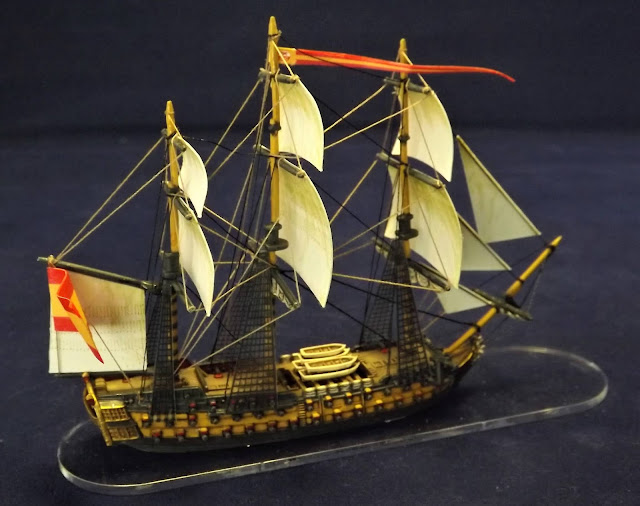 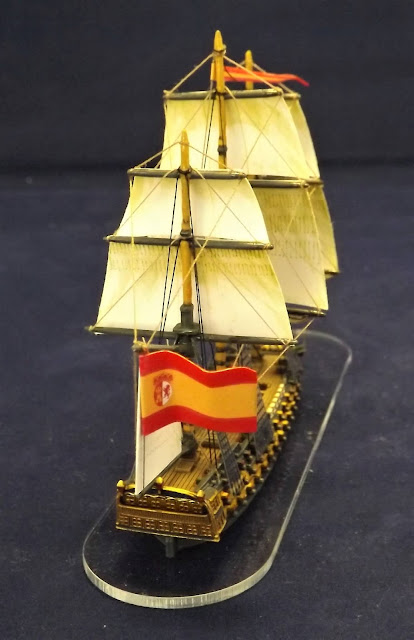 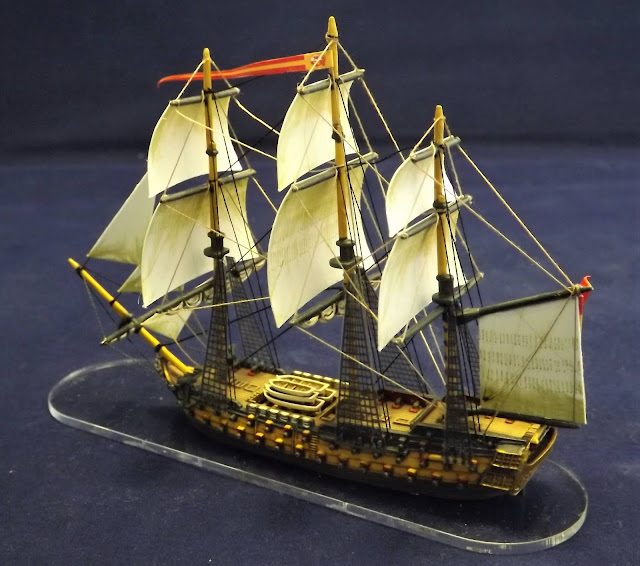 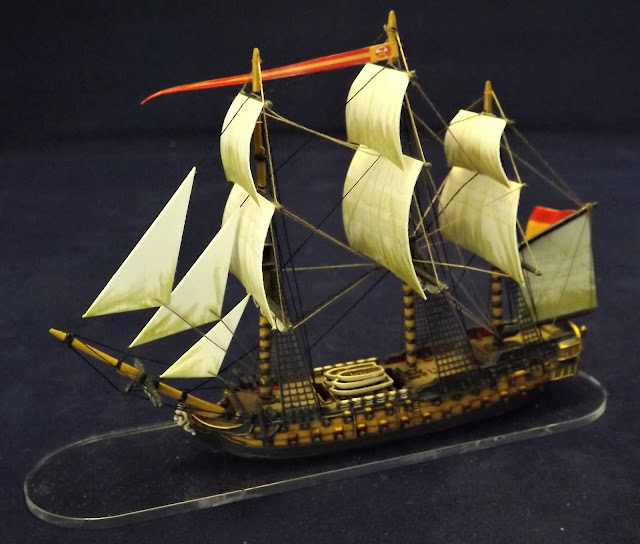 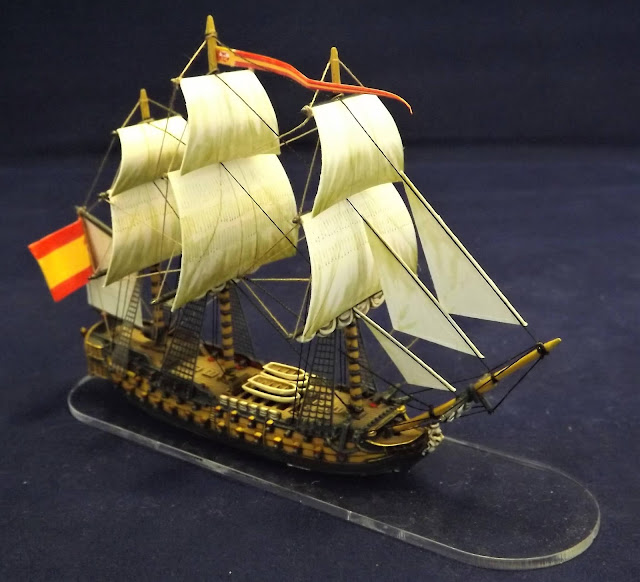 So in the next All at Sea post we will be looking at some additions to my small fleets with the inclusion of my first 'Indiamen' and some Dutch frigates.
Posted by carojon at 00:15