Picking up where I left off last month, work progresses to make additions to the Spanish contingent that I completed for the Trafalgar collection to enable a refight using the forces that were present at the Battle of Cape St. Vincent  on the 14th February 1797.
All at Sea - Cape St Vincent Spanish Additions, Part One
This little project requires the addition of three Spanish first-rates and nine third-rates and alongside my model of L'Orient under full sail I also painted another three additional generic Spanish 74's again with a more Revolutionary War look to their colour schemes incorporating the single yellow-ochre gun port strakes for the two gun decks and my combination of various other common Spanish type schemes to the bulwarks, stern galleries and figureheads. 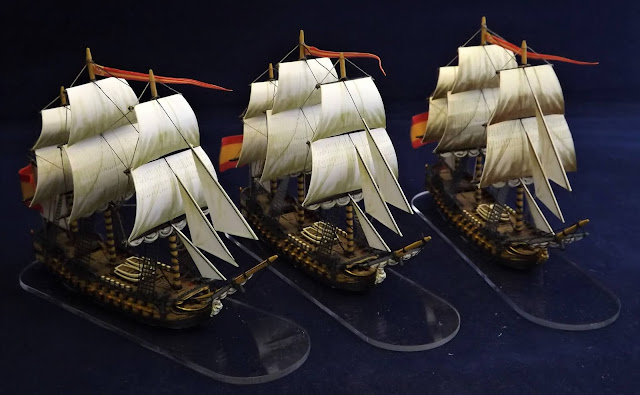 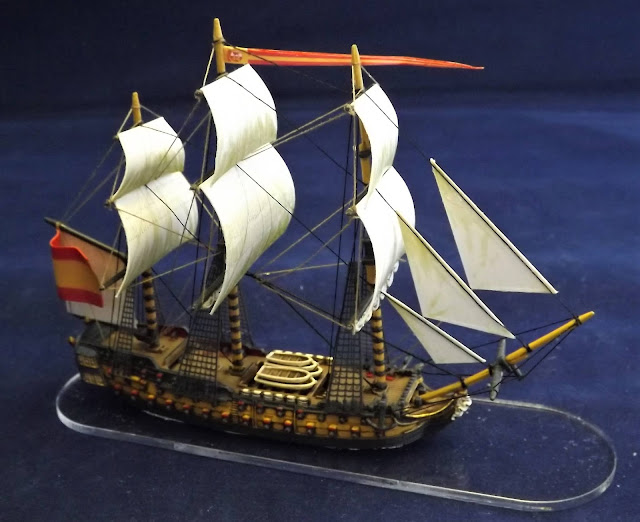 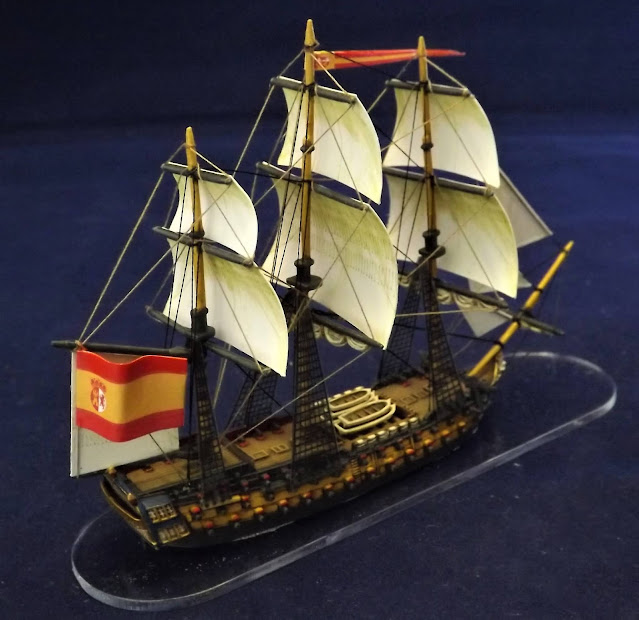 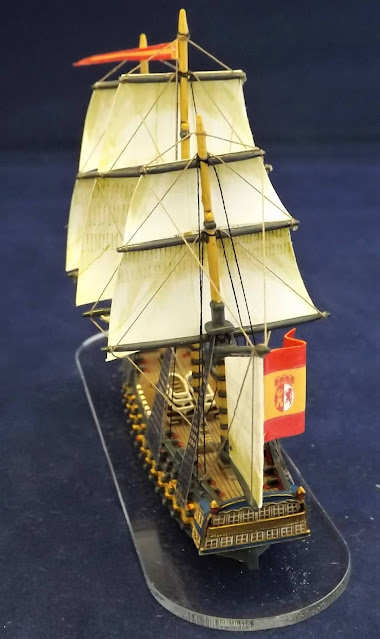 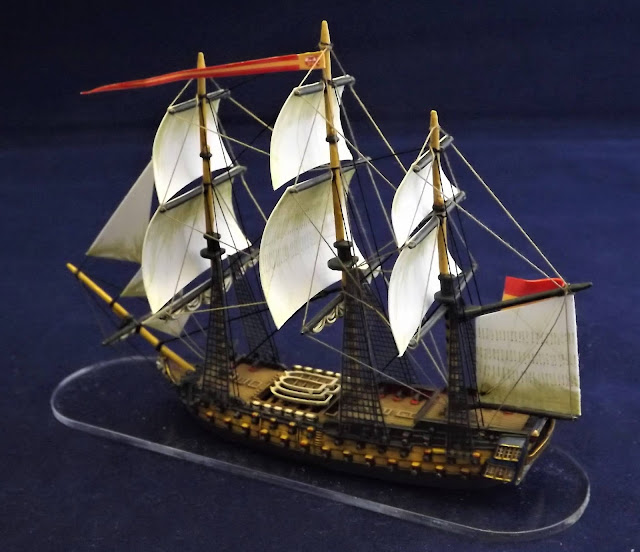 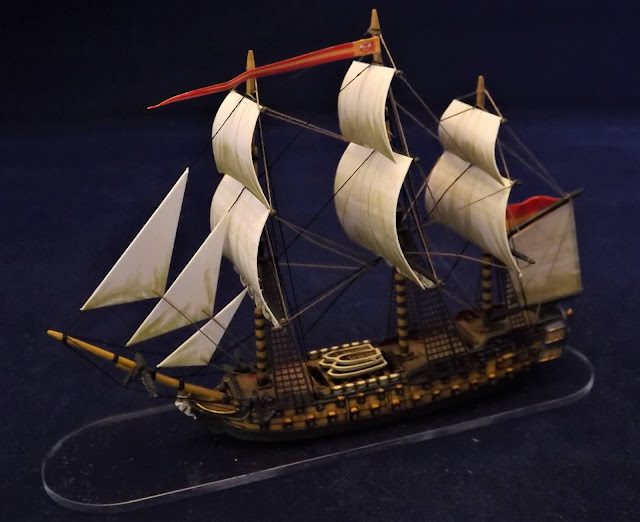 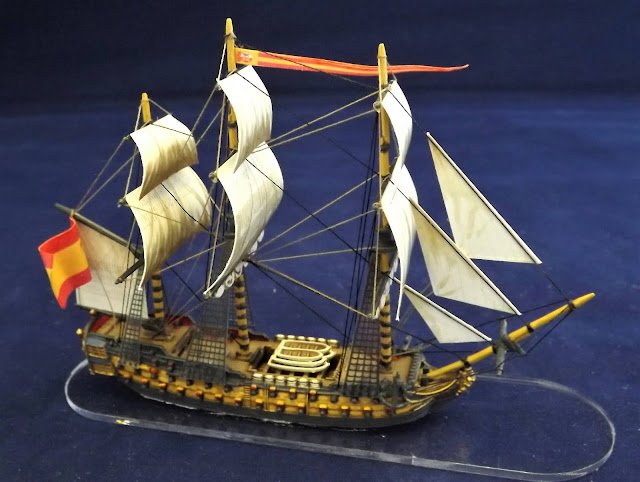 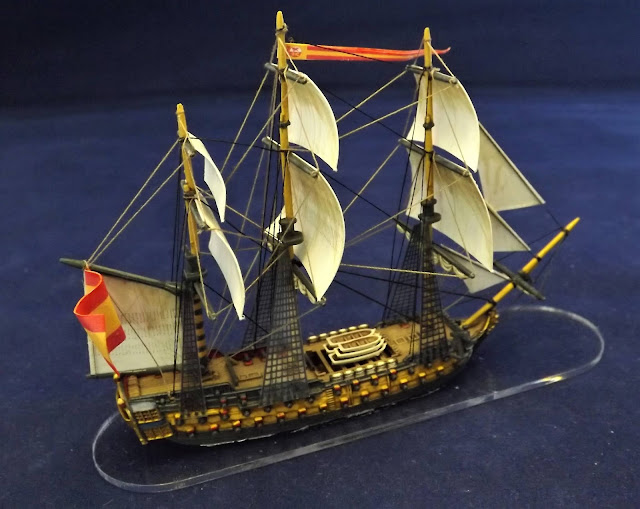 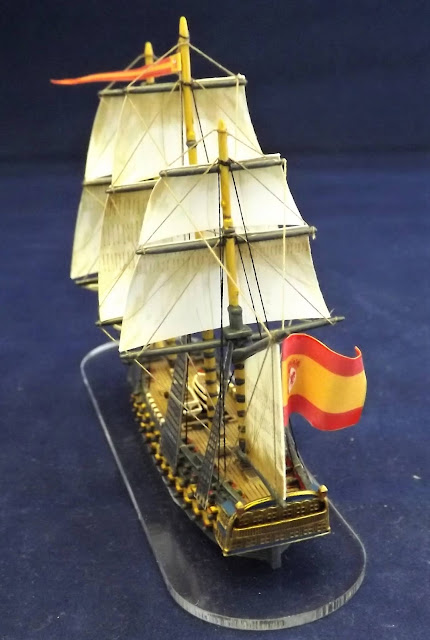 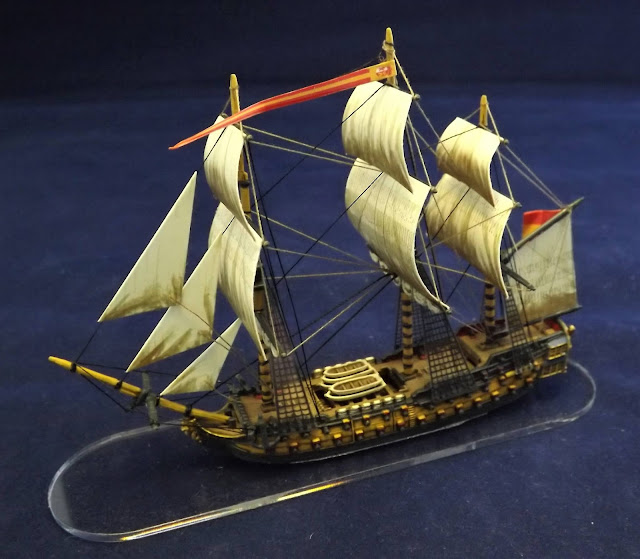 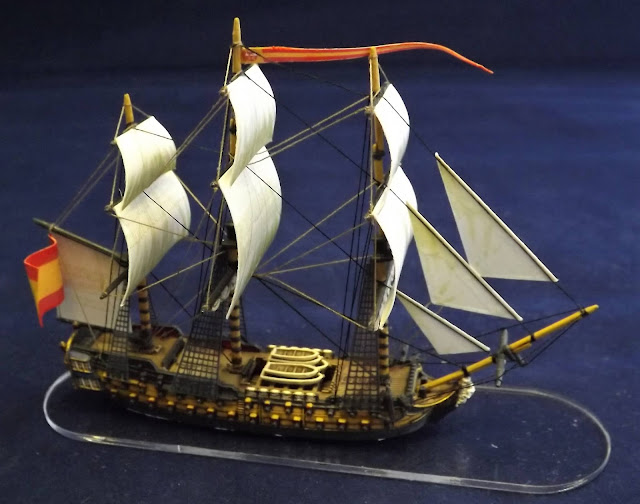 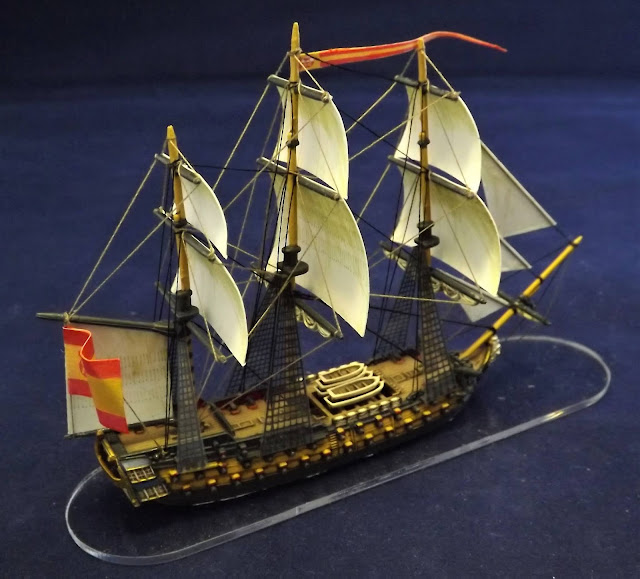 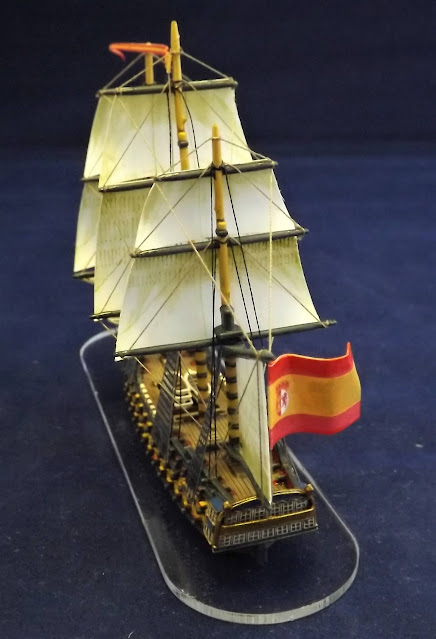 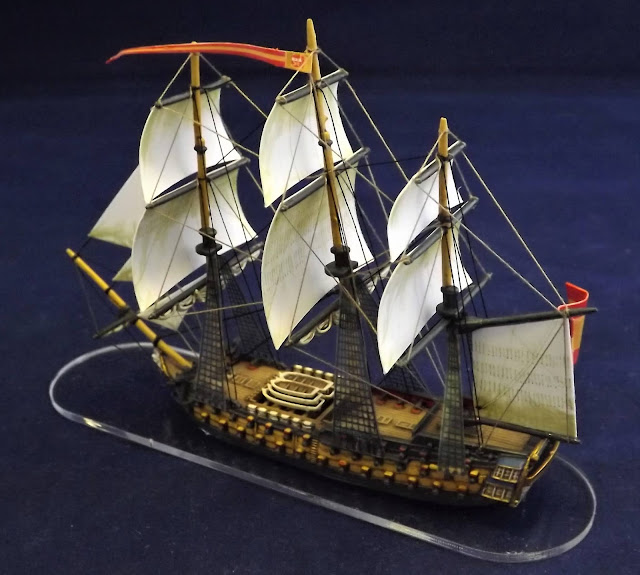 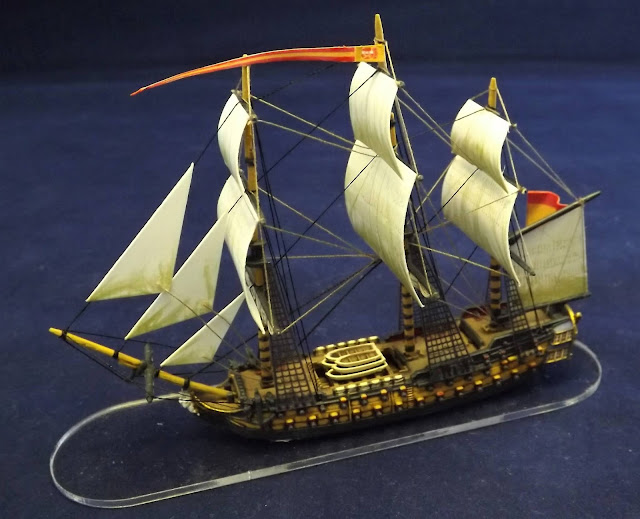 So the next batch of models will see the final three Spanish 74's added and my L'Orient model at anchor, leaving just the two extra Spanish first-rates to be added.
Next up I have another book review from the Naval War of 1812, more adventures on the Welsh borders and a look at something interesting going on in the world of 'Wars of the Roses' wargaming.
Posted by carojon at 23:21