Well I've had a busy-fun non-wargaming week away after driving down to Plymouth last Thursday to attend Will's graduation ceremony where he joined other graduates from Plymouth Medical School to celebrate the end of their five years of study, to begin work in the NHS. 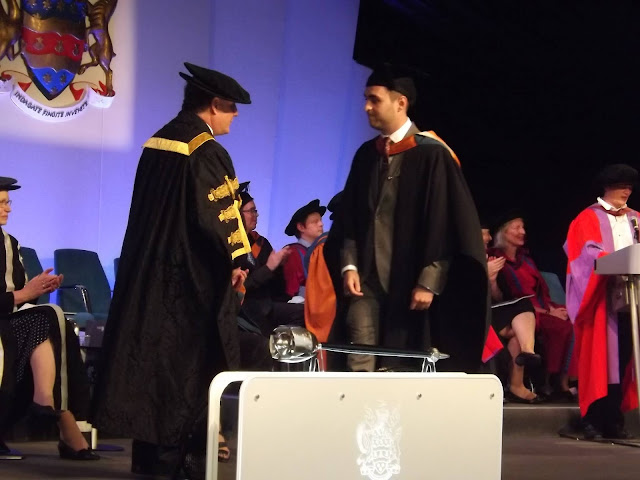 He and they were alongside Professor Chris Whitty, the Chief Medical Officer for England and one of the chief architects in the UK battle against Covid 19 and the roll out of the national vaccination programme, to receive an honorary doctorate from the University that was awarded prior to the Covid outbreak, highlighting his other significant contributions to medicine which were rightly included in the address and recognised with a standing applause. 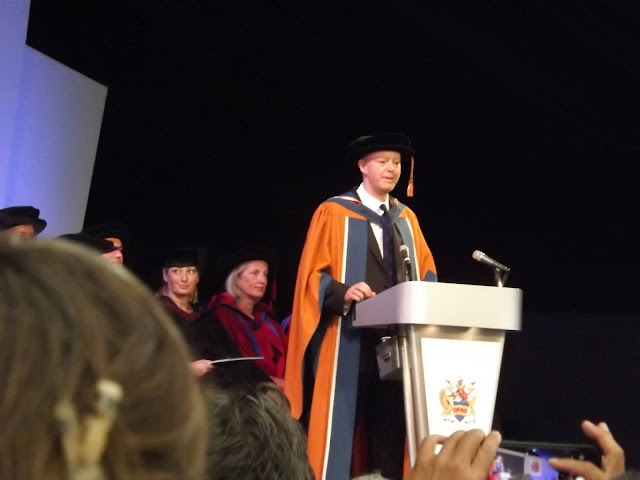 Following that we had a family gathering in a local restaurant before heading off down to deepest-darkest Cornwall for a family week away and more dining out, walks and plenty of banter and laughs - good times. 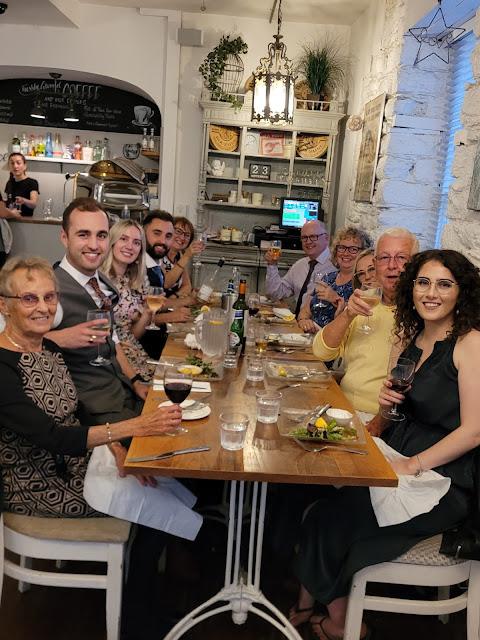 However the wargaming keeps going on here on the blog even when I'm away enjoying myself and Mr Bill Slavin has had his blog highlighted on the 'followed list' of great blogs, with his next game of Peninsula War Napoleonics from O'er the Hills.
Continuing from his last game, 'The Retreat to Albergaria, (see the link below) Bill has followed up with part two of these linked games from O'er the Hills with his rendition of 'Rearguard at Grijo'.
This scenario is designed to link in with the previous one by potentially inflicting Fatigue Hits (FH) on units involved in the previous fight depending on how they were at the end of that action.
The map below illustrates the position that General Franceschi occupied on May 10th 1809 after extricating his forces and wagons back from Albergaria the previous day, hotly pursued by General Sir Arthur Wellesley's Anglo-Portuguese force, eager to cut of the French advance troops from their falling back to Marshal Soult's main army occupying Oporto.
As in the previous scenario Wellesley is planning to envelope his enemy with flanking columns, set to arrive in the red areas of the map whilst Franceschi now joined by General Mermet's 2nd Infantry Division seek to fend the Allies off as they facilitate the continued retreat of their supply wagons.
As in the previous game the scenario presents a retreat/rearguard situation with all the drama that these kind of games can generate, in terms of knowing how long to hold the ground and when to retreat and with who.
Although the French have received a strong reinforcement with Mermet's infantry, Wellesley now has Sherbrooke's British 1st Division with two battalions of 'The Gentlemen's Sons' otherwise known as His Majesty's Foot Guards, who present a potent spearhead to the Allied pursuit force.
Bill's game turned out quite different from our own playtest posted here on JJ's back in February 2018
JJ's Wargames - Over the Hills Playtest - Rearguard at Grijo  with, in our game, the French opting to make a strong stand early on in and around Grijo before falling back and a strong attack put in by the Guards at the end.
Of course if you haven't read Bill's post then I will not spoil the fun by giving away the end so just pop over and take a look if you're interested, in the link below, and as you can see from the few pictures I grabbed, Bill's tables and figures are always well worth a look anyway.
So a nice way to resume normal service to be followed with a post this weekend looking at some additions to my Mohawk Valley collection of AWI Perry Miniatures that have been feeling rather neglected since time spent in JJ's Shipyard over the last two years - More anon.
Posted by carojon at 01:12