So back to the painting,
My final dragoon regiment to complete my second brigade of three regiments allows me to field the six regiments required for my Vimiero big game coming up. In addition I now have a suitable force of French Dragoons to field as my Reserve Cavalry Division in most Peninsular scenarios.


Introducing the 26th French Dragoons, another unit that has the war record to qualify as a Peninsular War unit, serving right through from 1808 to 1813. 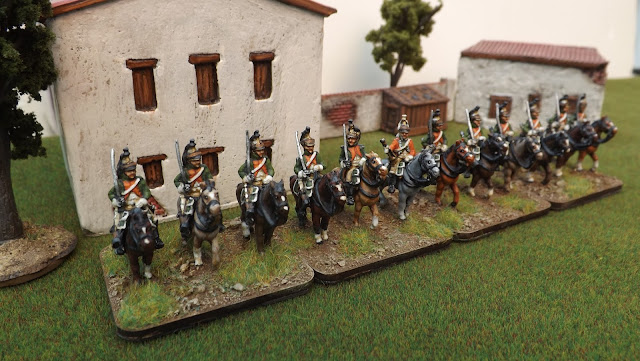 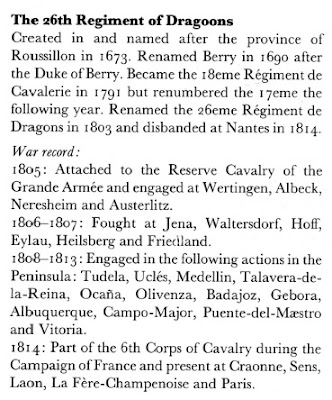 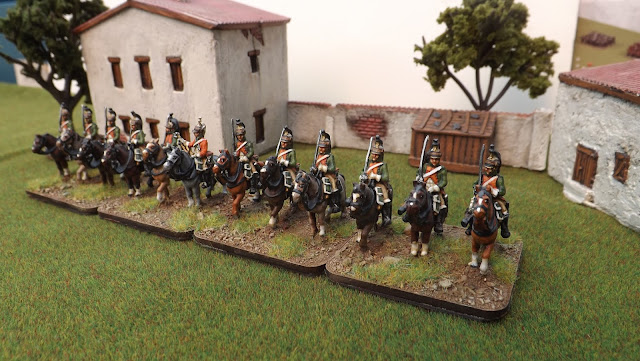 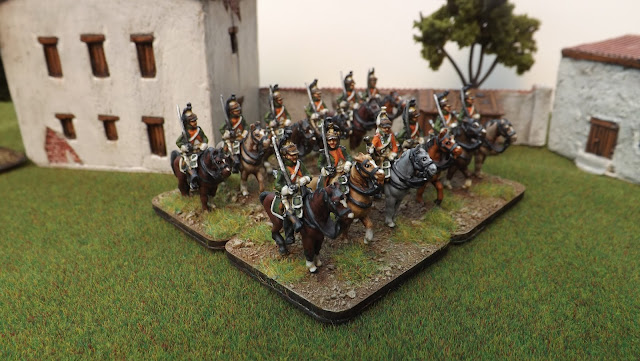 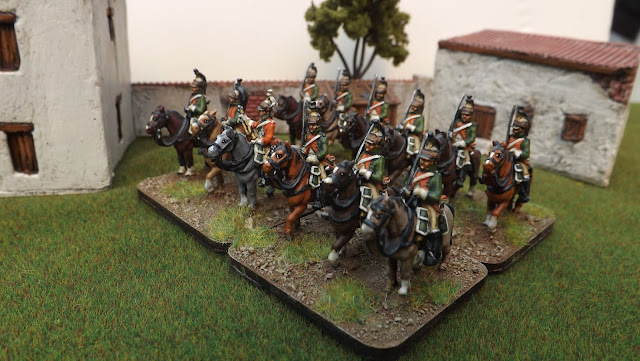 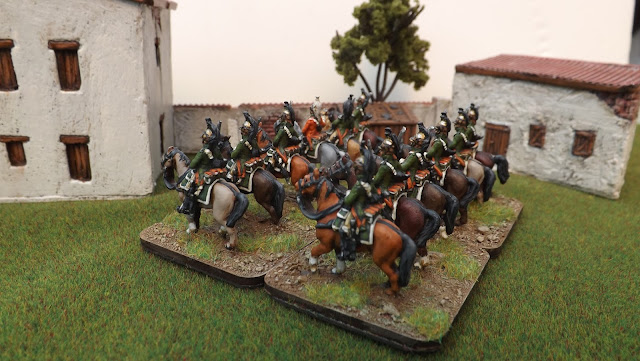 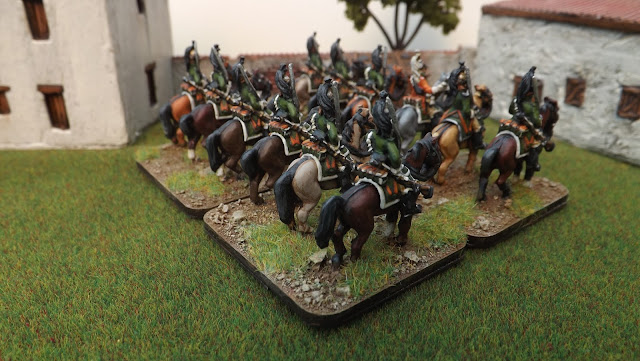 With three of the six regiments a French army can now bring to the table on show, I hope this picture will help convey how intimidating a force this will be for most British players, especially with the Horse artillery in tow, and very-very scary sight for my Spanish forces, when I get them done!! 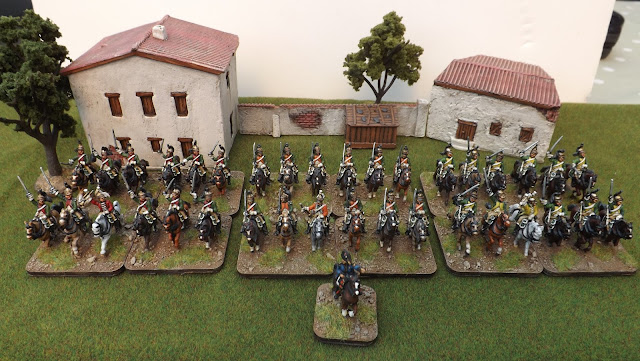 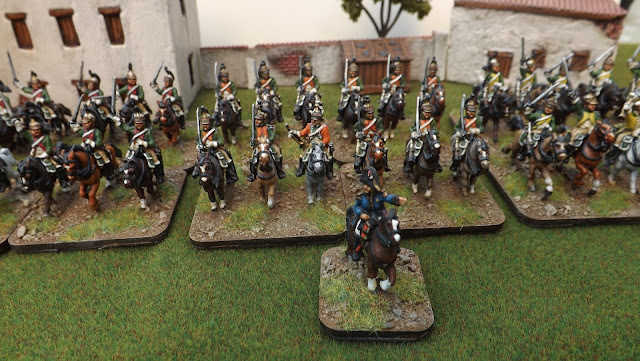 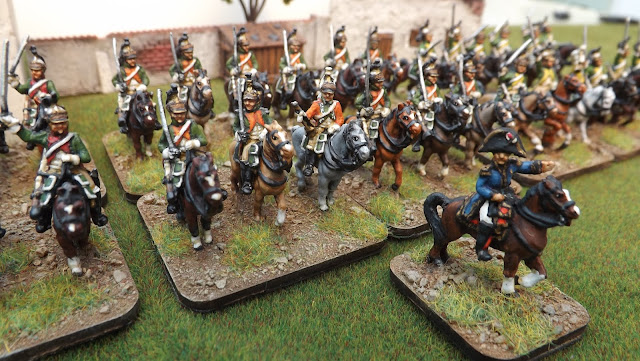 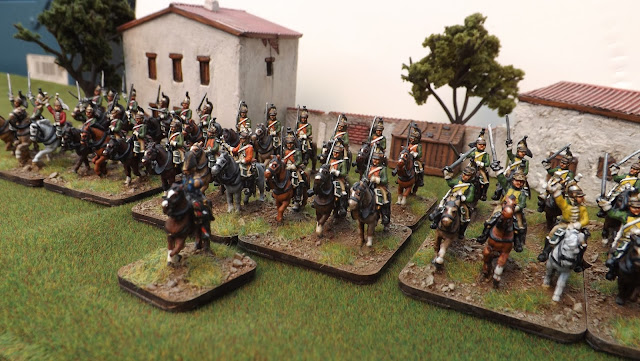 Next up an old theme, French Light infantry but with a new range of figures.
Posted by carojon at 03:16