Tactics and the Experience of Battle in the Age of Napoleon - Rory Muir and Leopards!

It has been a busy time with our first week in Sri Lanka completed. We are on a tour of the island seeing all the major sites guided by our personal driver Rana.

Starting in Colombo we have travelled via Kandy to the National Park at Yala, taking in tea plantations and historic sites along the route. Some of our hotels have included some amazing buildings dating back to the days of the British Empire, having strong resemblance to Inverness and the Scottish highlands.


On the journey I have finished reading a book I had been dipping into over the previous two months and one I would highly recommend to any Napoleonic enthusiast. 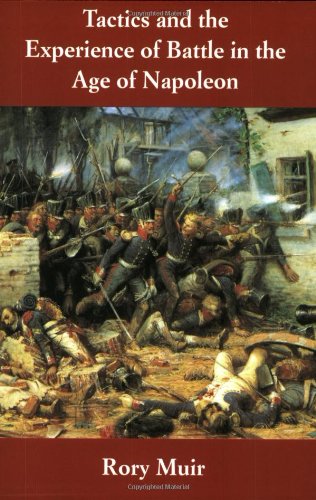 Last summer I read Brent Nosworthy's "Battle Tactics of Napoleon and his Enemies" an equally good read and the two books complement each other in terms of understanding what Napoleonic warfare was all about. 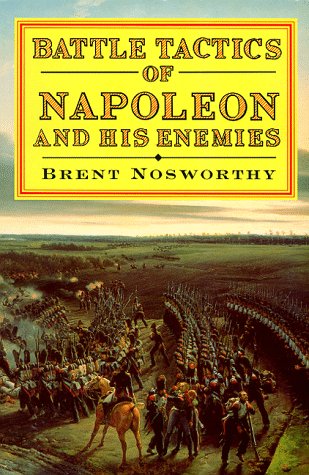 I should start by saying that I like to read to inform my wargaming hobby. The recollections of veterans of the period help to bring to life this period in a vivid dramatic way, and books like these two attempt to capture those memoirs and use them to help illustrate and gain a better understanding of why the men and the armies acted in the way they did.
Rather than giving a full review, which has already been done by others since the book was first published in 1998, I thought I would share some of my notes that I made while reading Muir's book which I hope exemplify why I think this is such a good read, particularly for an historical wargamer. Obviously with my focus very much on the Peninsular War I took more notes referenced to that theatre, but I would stress that that is my selectivity, not Muir's.
One issue that many a Napoleonic wargamer has had to face is "how strong is a model battalion or regiment on average?" The question is rather similar to "how long is a piece of string?" I took these quotes from Muir regarding infantry and cavalry as a note to self when constructing my next fictitious Peninsula scenario or, as I am working on at present, a campaign module.

"The basic tactical unit of infantry was the battalion, whose strength in battle ranged widely from fewer than 300 men to more than 1,200 but was most commonly between 500 and 700. At Salamanca the strongest British battalion was the 1/42nd with 1,079 all ranks; the weakest was the 2/44th with 251 all ranks. Of forty-four British and German battalions present (excluding some detachments), five had 800 or more of all ranks, and nine had fewer than 400 with the average strength being 572. Coincidentally a return of Marmont's army dated a week before the battle gives an average strength of 568 officers and men, but this is rather misleading - other battles would show a wider variation in the average strength of battalions in opposing armies, depending on the circumstances of the campaign." 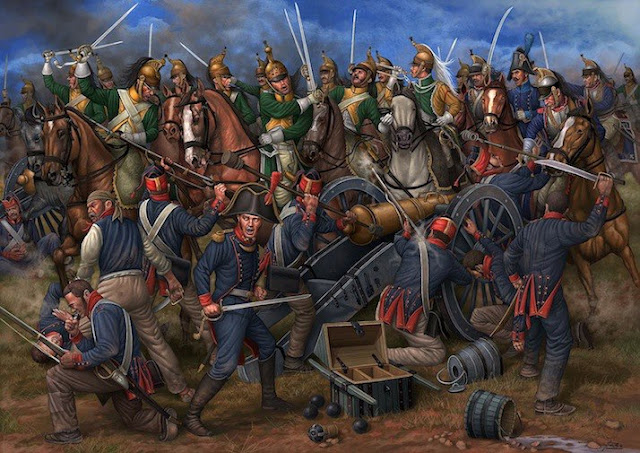 On cavalry the following

"In the main theatre of operations -commonly the battlefields of central Europe, but extending as far west as France and Belgium and as far east as Moscow - cavalry generally amounted to between 10 and 20 per cent of an army's effective strength. In the Peninsula, especially after 1809, the figure was lower, between 5 and 15 per cent, although in each case there were exceptions in both directions."


"The nominal strength of cavalry regiments varied widely from army to army, and year to year, from fewer than 800 men to more than 1,500. The effective strength in battle was much lower, commonly averaging around 500 in central Europe, and between 300 and 400 in the Peninsula after 1809 - though these figures are only rough approximations. At Wagram Napoleon's strongest line regiment was the 9th Cuirassiers with 776 officers and men - but the Chasseurs a Cheval of the Imperial Guard had 1,109. His weakest independent unit seems to have been the single squadron of the Prince Albert Chevauleger - 142 officers and men - in the Saxon corps. Similarly, at Waterloo, Wellington's strongest regiment was the 3rd Hussars of the King's German Legion with 875 all ranks, and his weakest was the 2nd Life Guards with 265. By contrast, at Salamanca, Wellington's strongest regiment - 2nd Dragoons, King's German Legion - had only 407 officers and men, and the average strength of his ten regiments of British and German cavalry was only 354 all ranks, while his two regiments of Portuguese cavalry did not amount to 500 men between them."
On cavalry tactics there is a great quote from Wellington on its best use.
"In 1816 Wellington explained in some detail his views about cavalry reserves in some instructions to the Army of Occupation in France. He emphasised the importance of reserves, whether to exploit success, cover the retreat after a failure, or even to convert a failure into a success by attacking the enemy when they were disordered. Ideally the reserve should amount to between half and two thirds of the cavalry involved in an operation, depending on the ground and the strength of the enemy. The second line of cavalry should be deployed in line, but the third line - if there were enough troops available to form a third line - might be in column. Ample intervals were to be left between lines when facing cavalry, so that if one line fell back in disorder it would not disrupt the line behind. Wellington stipulated 400 to 500 yards as a suitable interval, arguing that as the supporting cavalry could cover it in a little over a minute they could readily 'improve and secure any success' achieved by the first line. Against infantry and artillery, where there was less danger of a counter-attack, he suggested that the interval be reduced to 200 yards so that the second line could strike as soon as possible after the first. " 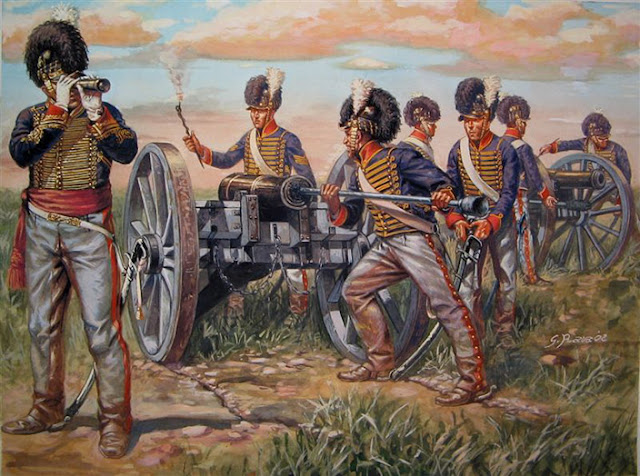 On artillery, the ranges for observation will come in really useful when thinking about using hidden movement and blind markers to add the element of uncertainty.
"According to the Artillerist's Manual, 'Good eyesight recognises masses of troops at 1,700 yards: beyond this distance the glitter of arms may be observed. At 1,300 yards infantry may be distinguished from cavalry, and the movement of troops may be seen; the horses of cavalry are not, however, quite distinct but that the men are on horseback is clear. A single individual detached from the rest of the corps may be seen at 1,000 yards. . . ."

The firing data also makes interesting reading.
"When the target came within close range round-shot would be replaced by canister. Test results show canister being effective at quite absurd ranges: 600, 700 or even 800 yards. If it had been, why was it not used more often.? It amounted to only 15 to 30 per cent of the ammunition carried by artillery, and as the weapon of last resort would be the type of ammunition gunners made most sure they retained in reserve supply in case they were suddenly threatened. At Salamanca Dyneley waited until the French were within 300 yards before opening fire on them with canister; but his guns were light six-pounders, and heavier pieces would have had a longer effective range. It seems probable that canister was generally used at under 450 or 500 yards at most, but again there is too little evidence for certainty."

The snippets I have provided hopefully give you a flavour of the wealth of information the book has to offer and for the serious student of the period or the casual reader I would highly recommend getting a copy.

I hope you like the mixture of wildlife photography and historical gaming. The elephants seemed to generate a lot of interest in the last post, so I thought I would take it to another notch by illustrating one of the top predators in Sri Lanka. These big cats are difficult to see on their own in the wild, so to get two together was a real thrill.