Ok, so picking up where I left off, I have put together a Peninsular War campaign module for Cyberboard. You can find it in the "My Resources and Downloads" section.

The download gives you a file containing two rulebooks, the difference being the battle set up systems. As I haven't play tested this in anger yet I haven't decided my preferred method of transferring map contacts to the table. So I have included the drafts of both options for your own choice.

So if you haven't used Cyberboard before then perhaps a few instructions about setting this module up on your PC might help. Once you have the basic software loaded then you can simply place/drag and drop the Campaign folder into your Cyberboard folder.

When you click on the CB Play icon the system opens on the game viewer. 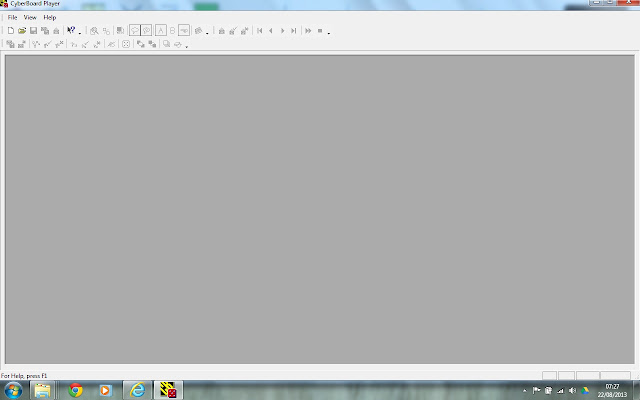 Just go to the "File"button and select "Open". This should allow you to find the Peninsular War Folder from which you can select "Peninsular War Campaign Game Start 1808.gam". This will open the game set up to start on June 1808.

You then simply follow the instructions in the rules I have created and learn how to move stuff around using the Cyberboard manual. It's not hard stuff so don't be put off.


I have set up the map with all the initial markers in play ready to go. Along the top are the reinforcement stacks opposite the calendar tracker against the month they come into play. Markers allow you to change the calendar year and on the top right you can track unit losses/victory points.

The map close up shows the counter mix with Commanders, Units and the terrain information showing open and mountainous terrain with the road conditions that apply. Fortresses are also indicated.

Remember this is a wargames utility, not a game in itself, although you can play the module as a board game. The point is, is that the map is simply there to record where things are at any given time. You can save the new map positions as you go and pick it up any time you like without having to pin a map on a wall. There are dice rolling tools on the system which is very handy for a campaign umpire, allowing simple decisions to be computed in between the table action.

If you use it then let me know how you get on. I still have my Spanish and Portuguese to build before I launch into running games in the system, but it's something I am keen to try out in time.