With the completion of the 1st Battalion K.G.L., I now have all the Line infantry units from this famous corps that featured in the campaigns of 1809 and throughout the remainder of the Peninsular War. 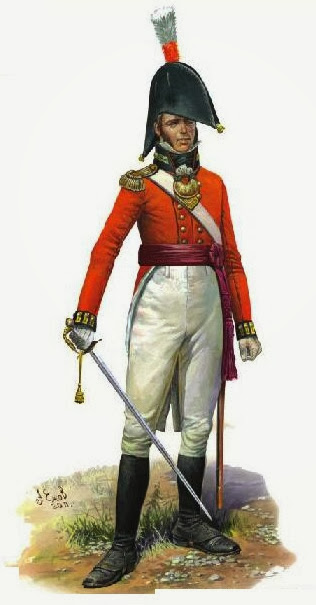 The battalion is composed of miniatures from the Xan range together with Command and skirmishers from the AB range. The flags are from GMB. See the links tabs for the various manufacturers sites. 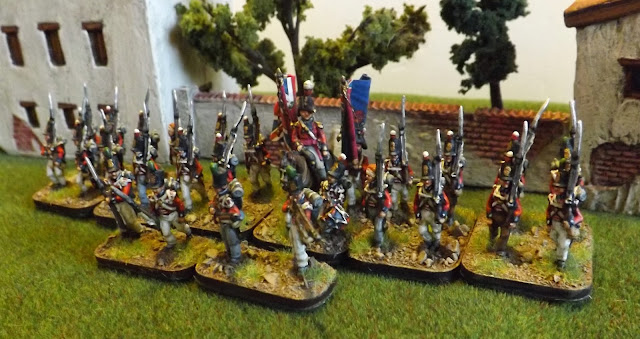 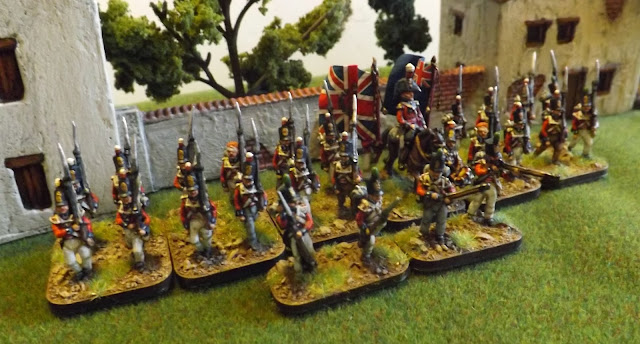 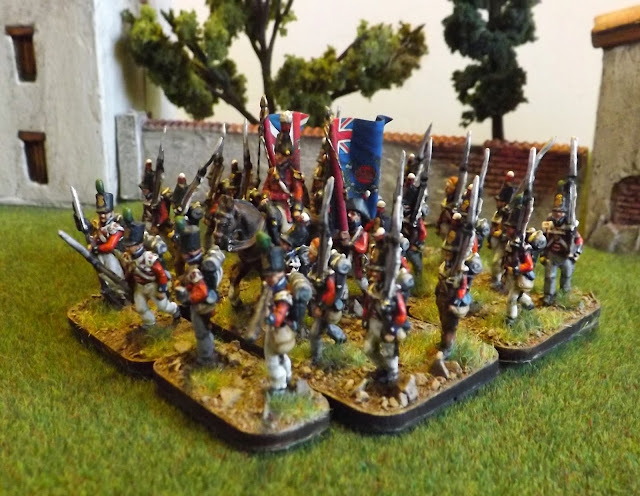 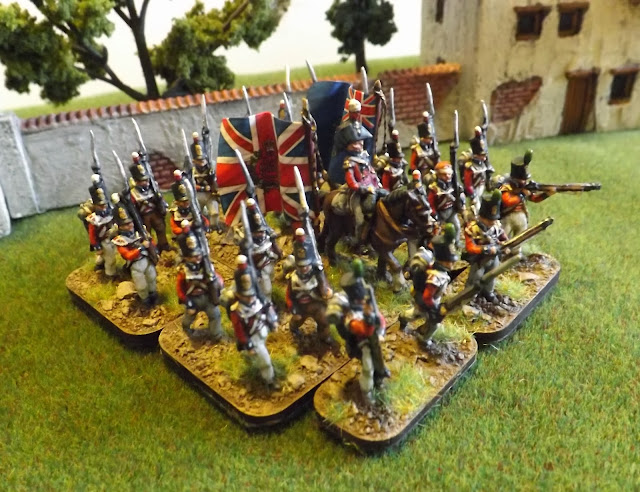 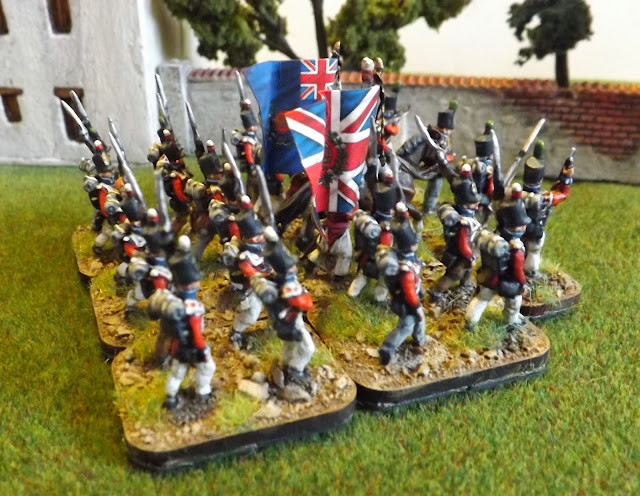 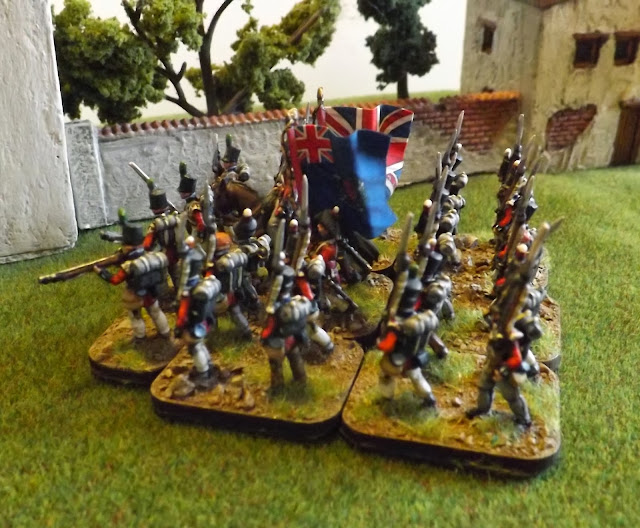 For the sceptics out there who think I am photographing the same unit four times over (they are all blue faced/gold laced units), I have included a picture of the complete K.G.L. brigade. Once the Guards are done I will have all the necessary units to field the 1st Division. All four battalions will feature in my upcoming Oporto scenario. 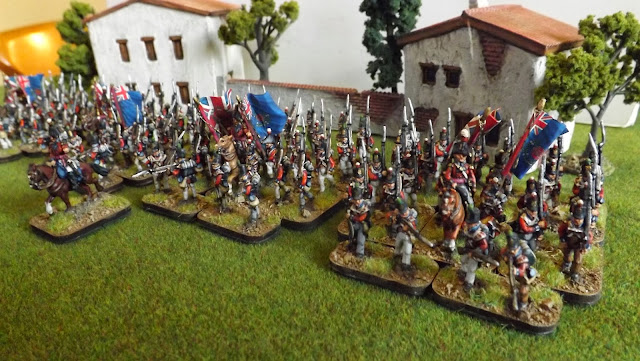 The brigade as a whole is composed of figures from AB, Campaign Game Miniatures, Xan and Warmodelling illustrating the ease of mixing these ranges and the ability to add a greater range of poses and appearance to an army. For close ups and composition notes on the other units in the brigade just follow the link to British units where all my K.G.L. battalions and others are featured.