Maurice at the Devon Wargames Group

Yesterday was spent, as I usually spend the second Saturday of each month, in the company of my wargames club, the Devon Wargames Group.

I was looking forward to playing my first game of "Chain of Command", the rules for which I have had since their launch a couple of months ago. Several of our club members were involved in the play testing of these rules, and I was looking forward to them gently leading me through what looks like the most exciting set of rules, let alone WWII rules, to be released in recent times. 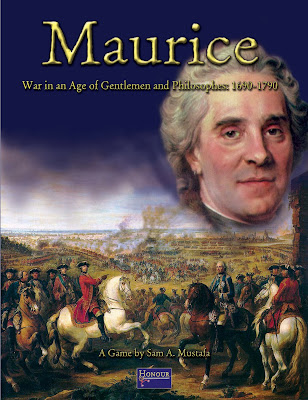 Sadly due to illness our game was postponed at short notice and I needed to arrange a second game for the day. I thus turned to a rule set that never fails to entertain and a collection of figures that is starting to show its age and really needs re-painting but I enjoy playing the occasional game, namely Maurice and my AWI collection.


Given the time I had to organise this game, literally yesterday morning, I needed a scenario that required the minimum of preparation but that would provide an afternoon of fun. I have posted a full report of our game on  the Devon Wargames Group blog. 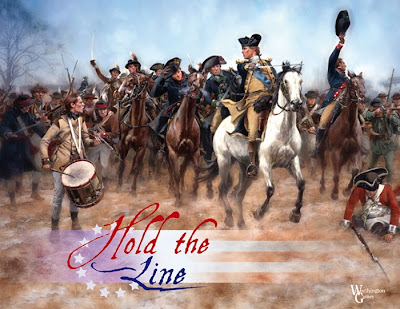 The scenario was taken from a collection designed for the board game "Hold the Line" and I think illustrates the cross over between board and table top games that has become evident with games like "Command and Colours" and going back to "Squad Leader".


I speak as a gamer who, for the previous ten to fifteen years, based a lot of my games on hex terrain and hex mats and used rules that worked with them. Thus you will see a link on the Devon Wargames Group page showing the original playing of this scenario using the same figures but on a hex mat. Likewise many of my WWII games used my hex tile terrain system, using a set of rules that I constructed from a combination of "IABSM", "PBI II" and "Flames of War".

With my return to conventional table top games, I still think board game scenarios are a useful resource when it comes to thinking about scenarios, even if, as illustrated by yesterday's game, a little time is required to adapt, adopt and improve, as the old motto goes.

As always, "Maurice" came up with the goods and both Ian and I had a lot of laughs generated by the clever card play mechanics of the game. If you have been toying with the idea of playing this rule set, then I would unreservedly say get in there and have a go, they are great. I would probably say the same for "Longstreet", except the American Civil War has never really excited me as a period to play, but I would play a game of "Longstreet" based on the pleasure I have had with "Maurice".

If you have any thoughts on this post or others, especially of scenarios you have developed from board games the let me know.
Posted by carojon at 03:03