Subject of the recent painting tutorial on French Line Infantry, the finished third battlion of the 96e Ligne completes my second regiment of French line infantry in Marshal Victor's I Corps at Talavera and completes the infantry units in General de Division Ruffin's 1e Division. 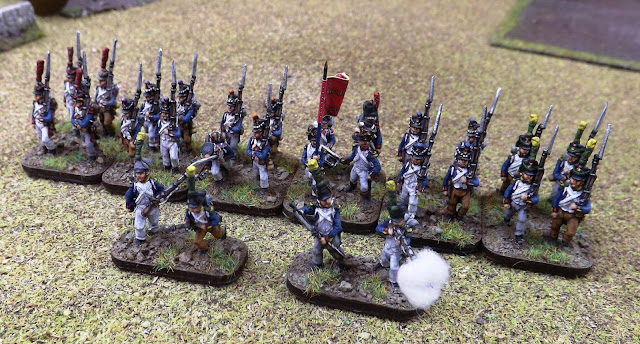 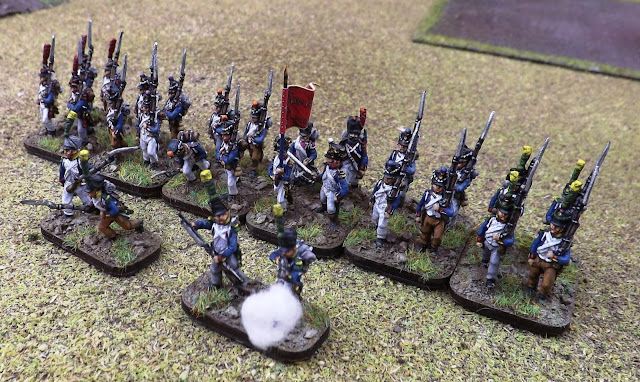 In my post on the other line regiment in Ruffin's division I covered off not only the action of the 24e Ligne but the other units including the 96e Ligne, so don't propose adding to what was covered in that previous post. Follow the link below to see the post on the 24e Ligne at Talavera 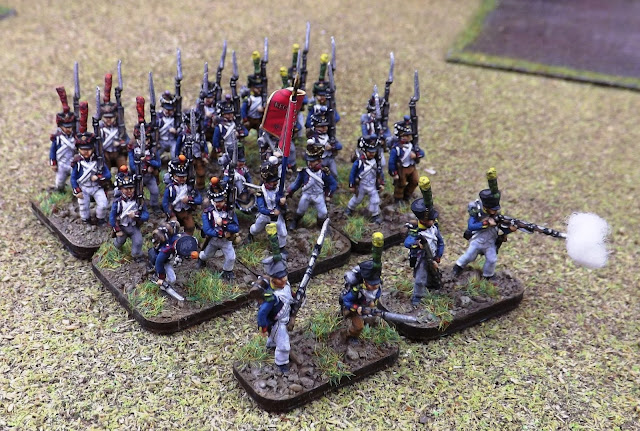 The 96e Ligne was the most junior regiment in General de Division Riffin's 1e Division, alongside the 9e Legere and 24e Ligne. 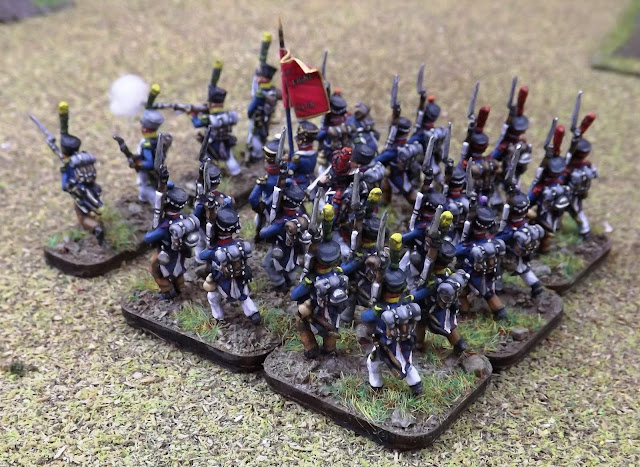 The regiment avoided serious casualties in the night attack on the 27th by becoming lost on the approach march on the left flank of the attack and forcing it to abort and return to French lines. 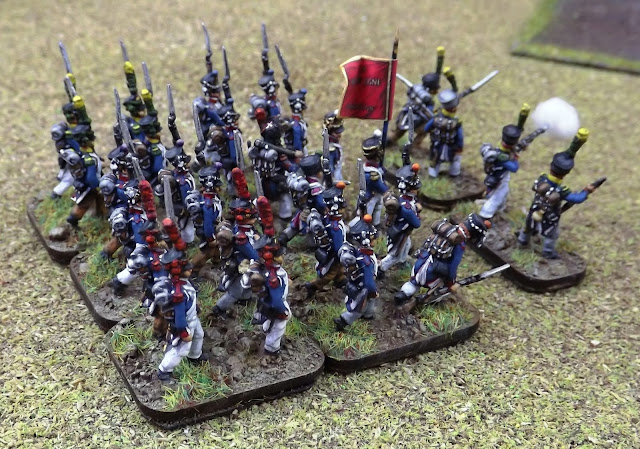 However the regiment would not be so fortunate on the 28th July when during the dawn attack by the division it was the follow up reserve regiment and became the subject of an attack by the 5th and 7th KGL Line battalions as General Sherbrooke, realising the French troops opposite him were not supporting the attack by Ruffin's division, wheeled the German battalions back to allow them to pour their volley fire into the exposed flank of the 96e Ligne. This may have been the occasion when Colonel Cales was wounded for the second time during his service in Spain. 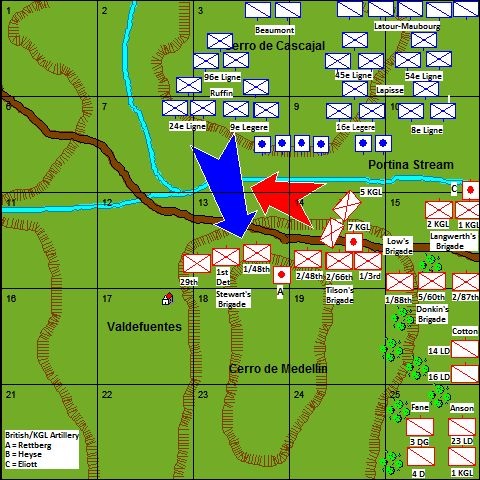 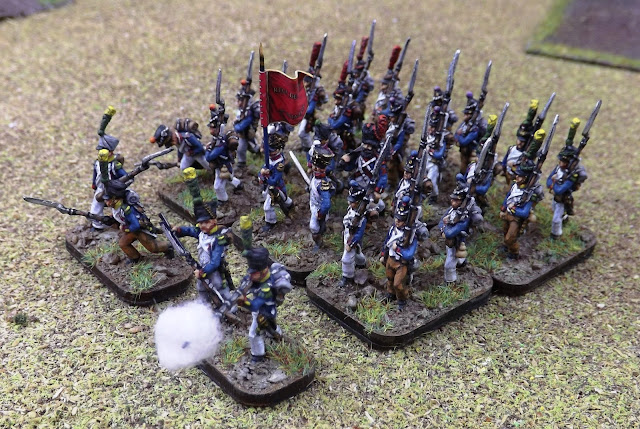 The casualties suffered by the 96e Ligne during the Talavera fighting bear testament to their being in the thick of it, suffering the most casualties in Ruffin's division, 606 men versus 567 for the 24e Ligne and 457 for the 9e Legere.

My 3/96e Ligne are composed of figures from AB and the third battalion fanion is from GMB Flags.

Next up work moves on to the line regiments in General Lapisse's 2e Division starting with the most senior French line regiment at Talavera, the 8e Regiment de Ligne.
Posted by carojon at 09:35