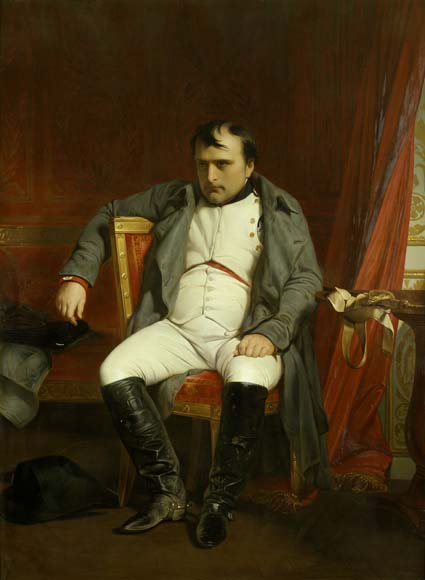 II
"In forming the plan of a campaign, it is requisite to foresee everything the enemy may do, and to be prepared with the necessary means to counteract it.
Plans of campaign may be modified ad infinitum according to circumstances, the genius of the general, the character of the troops, and the features of the country." 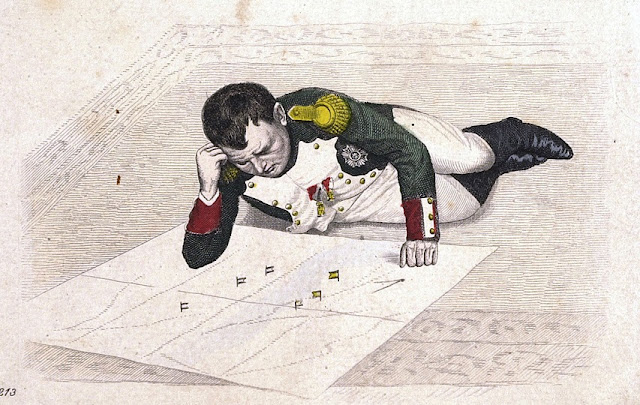 Perhaps the most classic illustration of this maxim in practice is the memorandum and subsequent plan of campaign as proposed by Sir Arthur Wellesley in 1808 to the British government in which he contradicted Sir John Moore's previous declaration that Portugal could not be held against French invasion, but went further to describe its role as a base to support ongoing operations, building up the Portuguese army and to aid the Spanish in ridding them of French occupation and eventual pursuit of French forces into France itself.

Following Wellesley's return to Portugal in 1809 with his plan accepted by British ministers he immediately set its principles into action by a fast campaign that ejected Soult from Oporto causing him to lose all his baggage and guns in the process, and then to turn south to link up with the Spanish Army of Estremadura to attack and destroy the next potential threat, namely, Victor's I Corps in the Tagus valley.

Whilst pursuing the objective of securing Portugal as a base of operations he had already predicted the likely victory of Napoleon over Austrian forces in the Danube campaign of that year and had given orders for work to commence on the construction of the lines of Torres Vedras, predicting that the Emperor would return in 1810 to deal with the British in Portugal once and for all.

Of course Napoleon didn't lead the force, selecting Massena to command the army of 65,000 men later to be reinforced by a further 10,000 men as he methodically manoeuvred his force to and over the Portuguese border. The unlucky fall of Almeida was counteracted by the surprise ambush at Bussaco ridge which allowed his new Portuguese formations to gain confidence and battle experience whilst severely denting the morale of the enemy. Wellesley confidently predicted he could hold the line against 100,000 French troops but that with a maximum of 360,000 troops in the whole peninsula, the French would find it impossible to hold their gains whilst prosecuting their invasion.

The defence of Portugal in 1810-11 would become a model that was studied by the Russian General Staff and used to define their own plans to overcome a French invasion the following year, on a much larger scale. The campaign of 1812 would prove the turning point and directly influence events in the peninsula

All the points described in this maxim, foresight, preparatory counteractions, modifications due to circumstances, genius in the commanding general, making full use of the character of the troops and features of the country shine out in Wellesley's, later Wellington's plan of campaign and is a classic exemplar of why he ranks as one of the great captains

Napoleon's maxims I Frontiers
Posted by carojon at 10:21