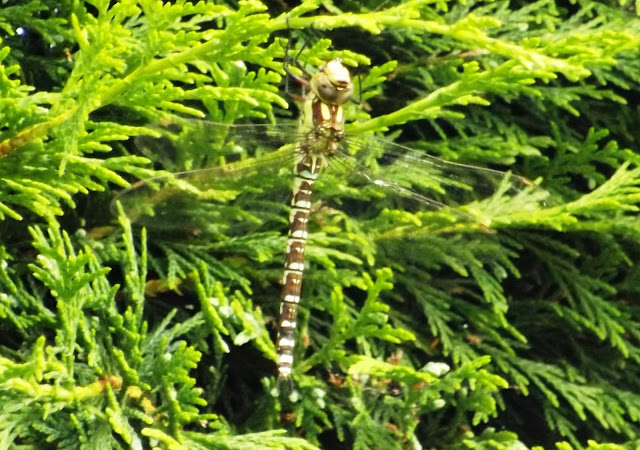 As you know JJ's Wargames likes to include other interesting things alongside the wargames stuff, so I thought you might like to see these pictures I grabbed last night after getting back from a quick bike ride. 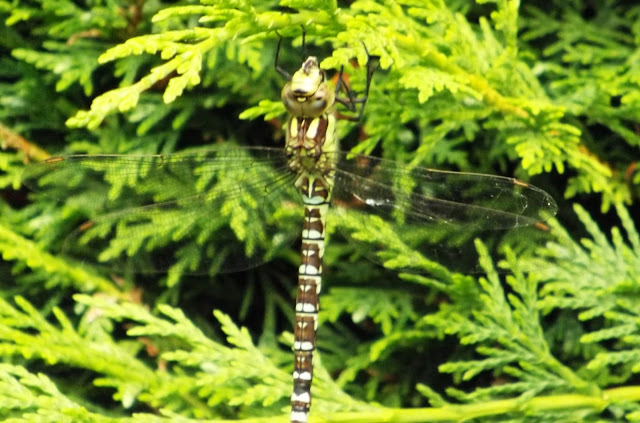 Every now and then, as if to catch its breath, the insect would hover as it selected a suitable perch in preparation for another sortie among the myriad of black flying ants that floated over the grass.

Carolyn and I were transfixed watching the amazing flying attributes of this master of winged combat. On one of its final landing stops I managed to get it in the viewfinder of the camera on maximum telephoto as approaching it too closely was impossible, as was trying to capture it in flight.

I know nothing about one dragonfly from another so went to the link above, basing my pictures to be of the most likely suspect, a Common Hawker Dragonfly. It was a real treat to see this fantastic insect showing off its flying skills.

Next up, I'm off to the DWG to run a Chain of Command game on the push in from Omaha Beach and the 3/96e Ligne are done and ready for basing so we will get the third and final tutorial post up plus the history of the 96e Ligne at Talavera.
Posted by carojon at 01:13