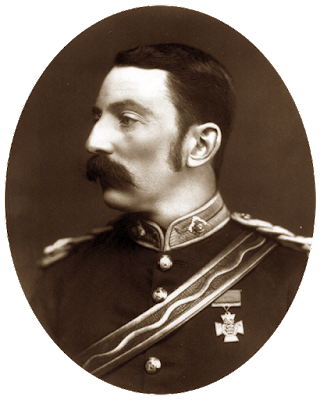 Colonel John Rouse Merriot Chard VC RE was a Devon man, born in Plymouth on 21st December 1847 and achieved immortal fame for his, and his small garrison of 139 soldiers, stand at the isolated mission station of Rorke's Drift on the 22nd-23rd January 1879 when it was attacked by about 3-4,000 Zulu Warriors. He and ten others of the defenders were awarded the Victoria Cross with seven VC's awarded to soldiers of the 2/24th Warwickshire Regiment of Foot, the most awarded to any one regiment in any one battle.

Of course I and many others can't help thinking of Sir Stanley Baker's performance playing Chard in the film Zulu, and I found a great picture of the actor visiting Chard's grave with a link to it at the bottom of this page. 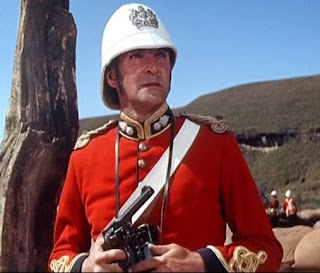 Earlier this year during my posts commemorating the bi-centenary of Waterloo, I mentioned that along with the grave of Cavalie Mercer commander of G Troop RHA at Waterloo who was buried locally in Exeter, we also had another great soldier buried locally in the South West, from a smaller but no less noteworthy action, namely John Chard.

Vince very kindly sent me a picture of Mercer's restored grave in Exeter which I posted the picture of back in June.

I mentioned that I needed to take some time to search out John Chard's grave in Hatch Beauchamp  (pronounced Beecham) and so on my travels I finally made time to do just that.

The church took a bit of finding, but the grave is in excellent condition and given the wreath of poppies upon it, Colonel Chard is clearly not forgotten. 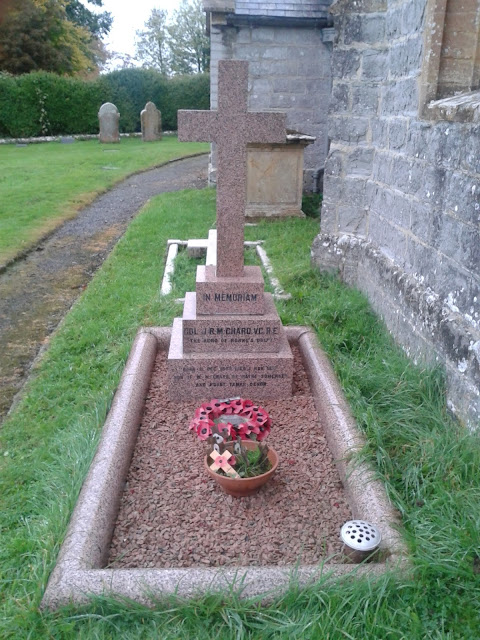 http://www.rorkesdriftvc.com/vc/baker+chard.htm
Posted by carojon at 22:55