JJ's Wargames has lost its apprentice wing-man as Tom flew out to Australia yesterday to begin his gap year in the land down under and the far east.

Tom had been working on completing another Roman auxiliary cohort whilst finishing off his degree this year so progress slowed up for obvious reasons and with my focus on the Talavera project our Roman collection has taken the back seat for the time being. 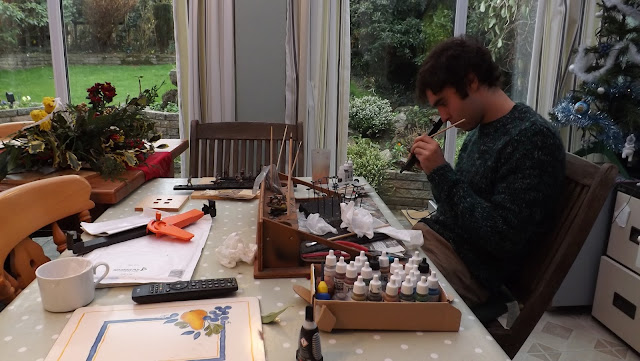 However Tom signed off his previous work by finishing the third cohort of auxiliary infantry before he left, well almost. I had to get the basing done but the paint job is Tom's work

The two previous units were kitted out with blue shields so the change to green makes a nice variation and I think look really eye-catching.

On our trip to "Colours" last month we picked up some casualty figures from Wargames Foundry to see how they would work with the Warlord plastics. The cameo base has the Optio, with tattooed arm, checking on his fallen comrade who has lost his helmet and shield whilst clutching at a blood stained wound under the ribs. The rear rank look to cover their man with spear thrusts overhead. The helmet is a Warlord plastic Roman head with the helmet contents carved out. 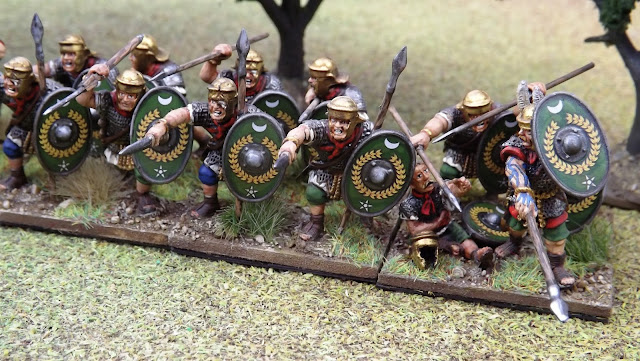 I will look to pick up the work on the Romans when the Talavera collection gets finished early next year as we are keen to get these bad boys out on the table and we are going to need a few barbarians as well to give them a run for their money. 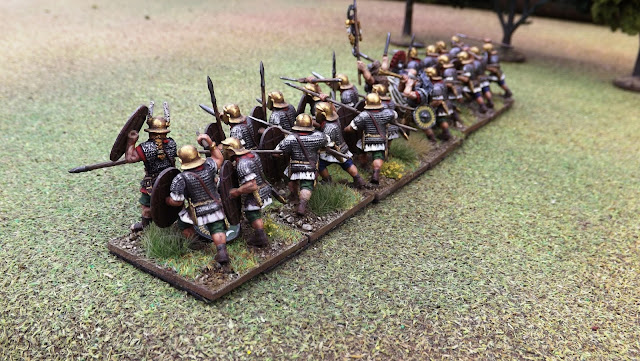 Anyway here's wishing Tom a fantastic time down under, his mum and I are missing him and looking forward to seeing him home. 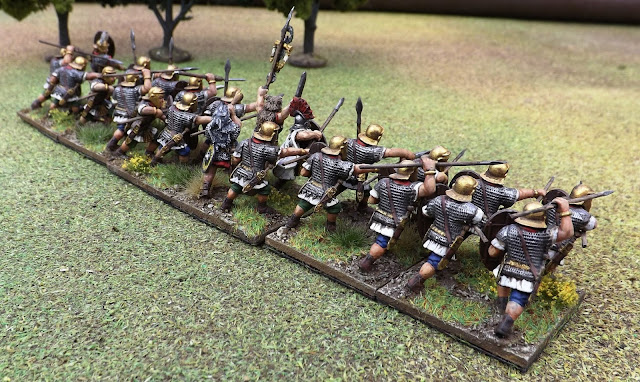 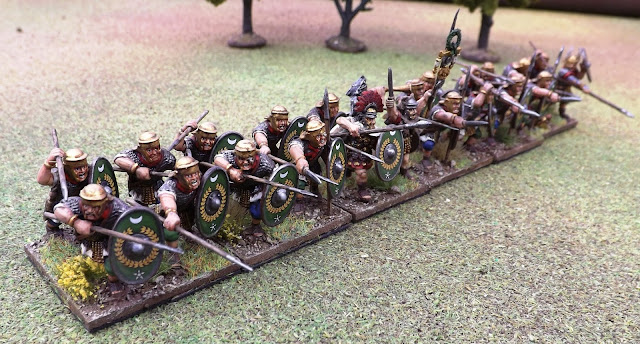