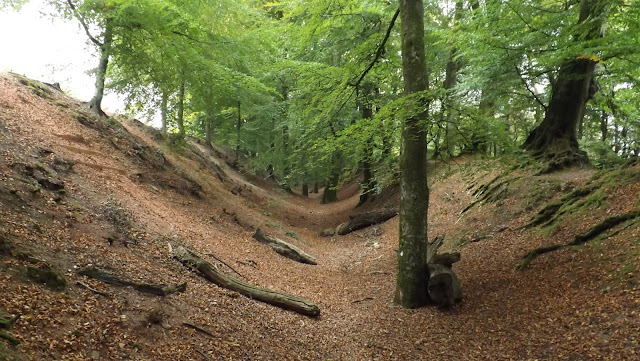 Isn't it strange that places of interest, that we are so familiar with, often go unnoticed by us and yet most strangers would spend time to stop and look and want to know more.

I have spent time walking around and over the ramparts of Woodbury Castle for years and it falls into the category of "taken for granted", which I decided to put right with this post as it really is an impressive structure that has dominated the highest local point for over two and half thousand years. 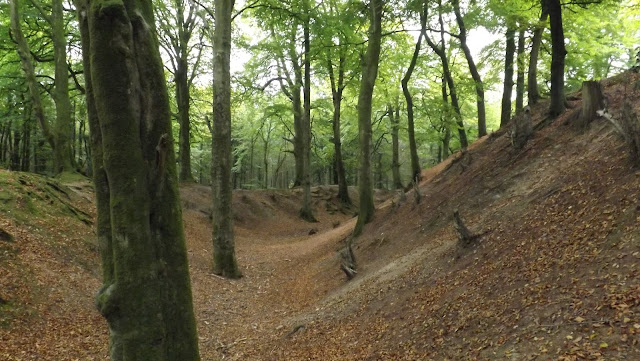 The picture below gives an idea of how steep the ramparts are and that time has probably lessened that, but they still pose a significant obstacle today. 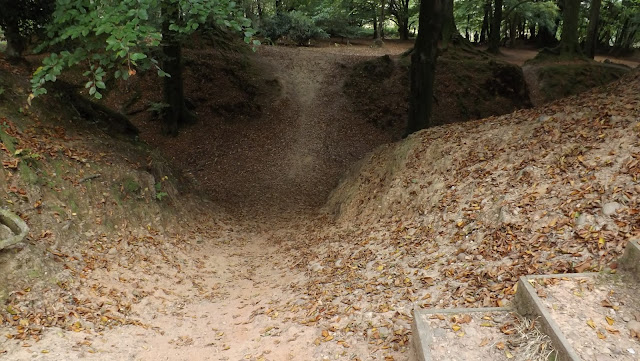 The earliest part of the works have been dated to about 1000BC, and it seems the castle was abandoned by about 300BC. Excavations have revealed the presence of wooden buildings within the main part of the work, and the importance of the area as a site for a local chieftain is further supported by several burial mounds close by, one of which revealed, in a dig,a stone battle axe and bronze dagger which are now housed in Exeter museum. 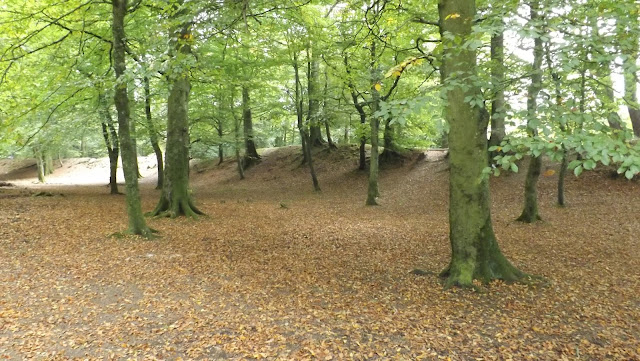 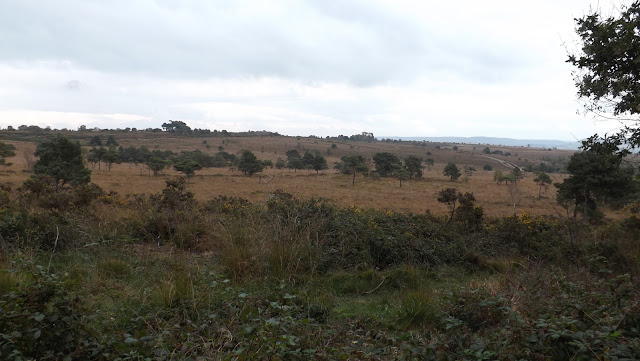 The castle is covered in Beech trees which would not have been present when it was constructed and it is only when you step out from the small wood that covers the sight that you see the strategic view offered, giving views out to Somerset and Dartmoor.

In 1549 Woodbury Common was a battle field during the Prayer Book Rebellion when Lord Russell leading the King's army against Exeter was attacked near a windmill near to the village of Woodbury by the men of Devon and Cornwall, but saw off the attack taking 900 prisoners who were later murdered in the killing field at Clyst Heath. 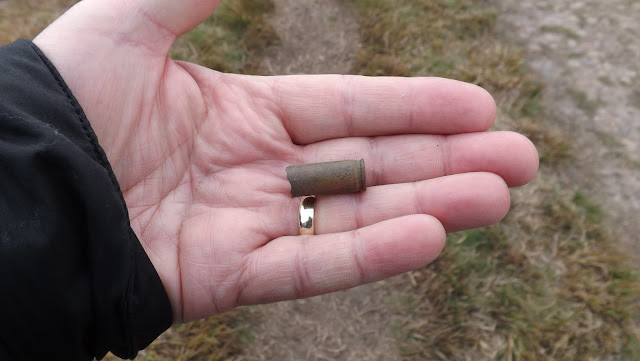 Woodbury Castle is on Woodbury Common, a pebble bed common with sandstone pebbles originating from about 440 million years ago. The land is owned by the Clinton Devon Estates but was opened to the public in the 1930's and remains a much valued leisure walking area today. 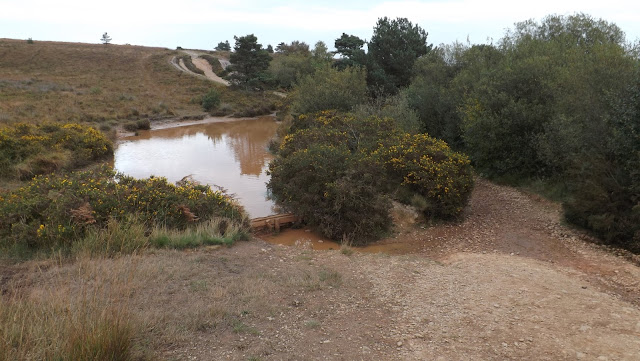