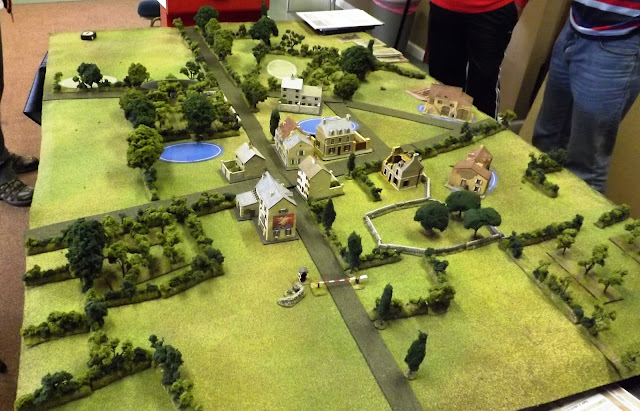 This weekend was the October gathering at the Devon Wargames Group and I put on an "I Aint Been Shot Mum" game recreating the fight for Pouppeville on Exit 1 from Utah beach on D Day.

After Napoleonics, my first love, WWII, particularly late war western Europe, is a close second and my family have suffered to allow me the time to take several trips and journeys wandering around the key battle sights of this period with summer holidays to Normandy being a highlight of those trips.

Trips to battlefields really inspire and inform my wargaming and push me on to play games that capture the feel and the look of the place and period I am seeking to portray. Thus when I was thinking about putting on a game this month my mind was drawn back to playing another one of those hard fought little battles that made up the complete struggle to get control of the landing area in and round Utah beach on D Day.

I have still to game Brecourt Manor. I think I will save this one for a nice little project to build some 28mm models and terrain. 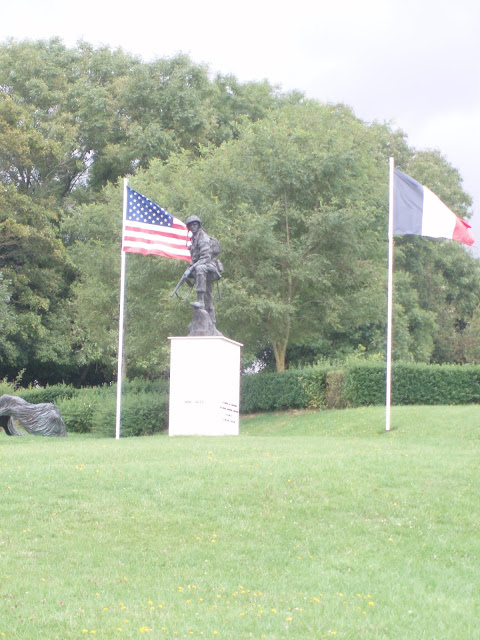 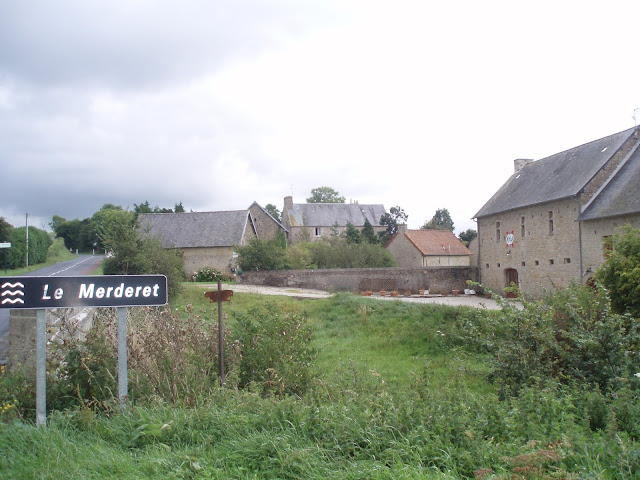 I have played the attack on the bridge at La Fiere a few times and this is always a tough nut for the Germans to crack but makes a good looking game and I will play this again using IABSM3.

Turnbull's resolute defence of Neuville, north of St Mere Eglise is a fascinating and great little scenario to play and I recorded our last go back in 2012.

Whilst flicking through the photo archive I found some great before and after pictures with a 12 year old Will in 2008 standing in for the warriors from another century. 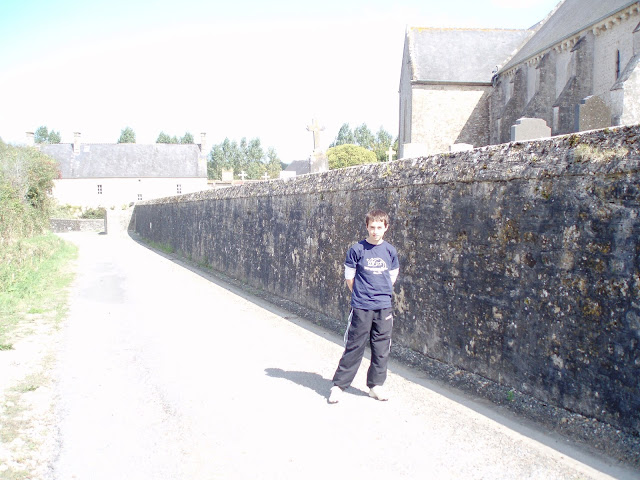 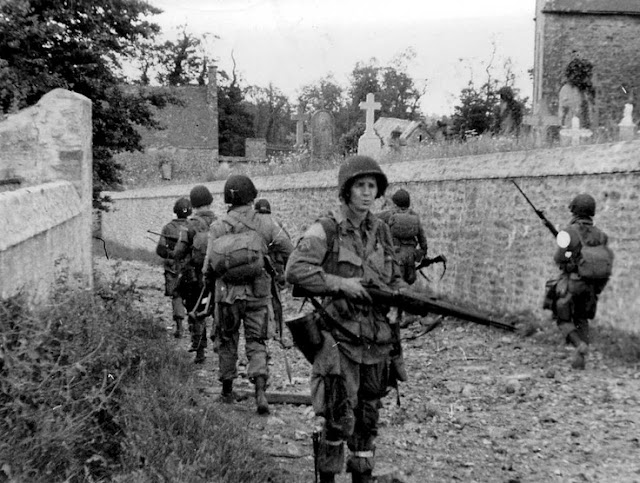 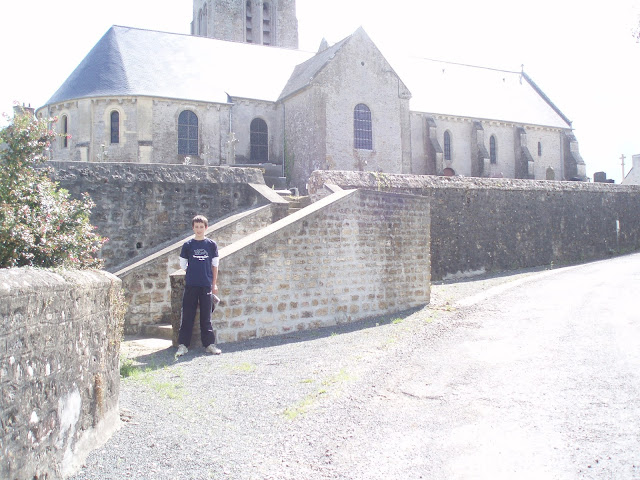 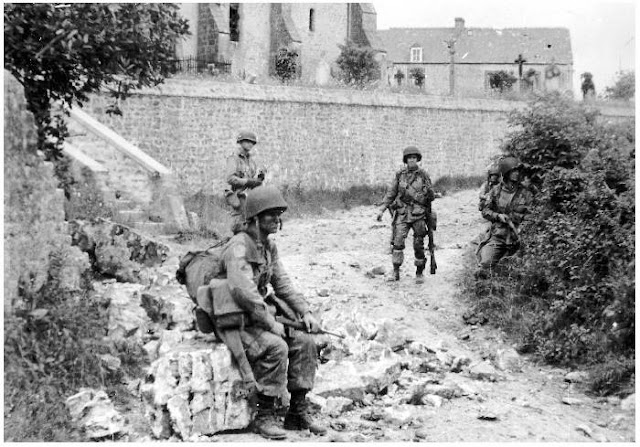 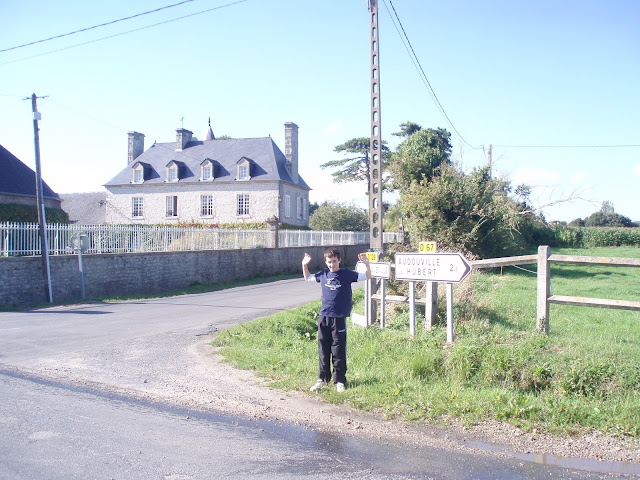 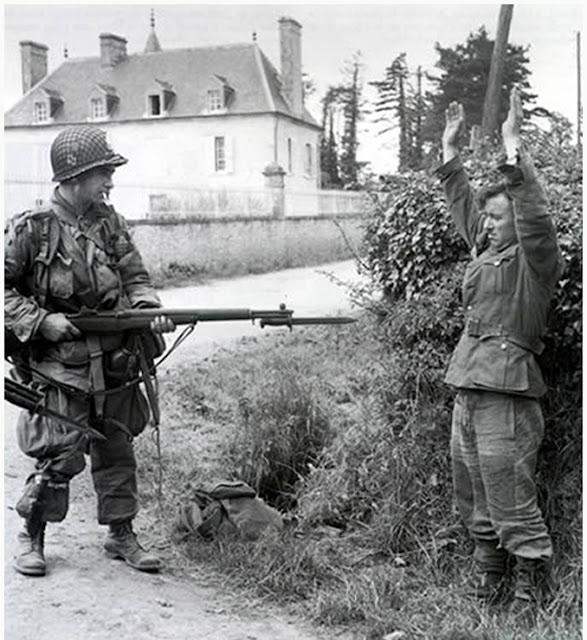 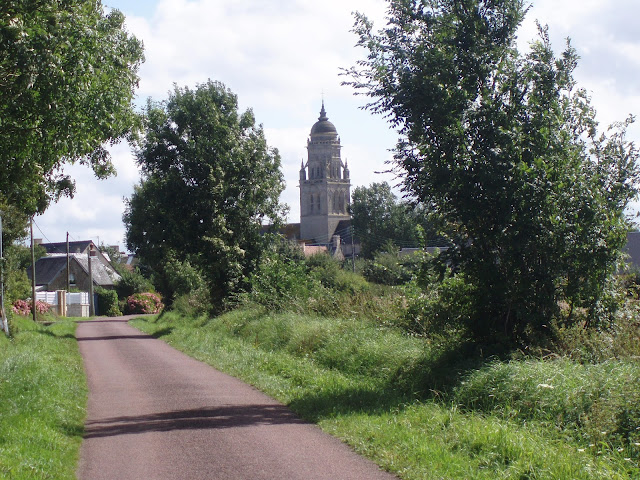 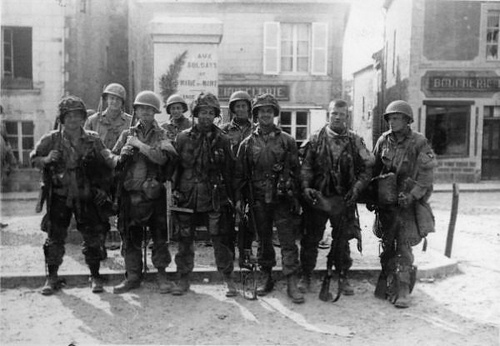 In the end I settled on a battle that took place at Pouppeville just down the road from, and one that happened around the time this picture was taken in, St Marie du Mont.

Thus concludes my trip through the inspiration to play Poupeville. If you would like to see how the game played then follow the link to the Devon Wargames Group where I go through the scenario and some of the changes I made together with an AAR on our game.